I'm sharing a few photos from this year's annual Philadelphia Flower Show, an event put on the Pennsylvania Horticultural Society. This year's theme is Holland. 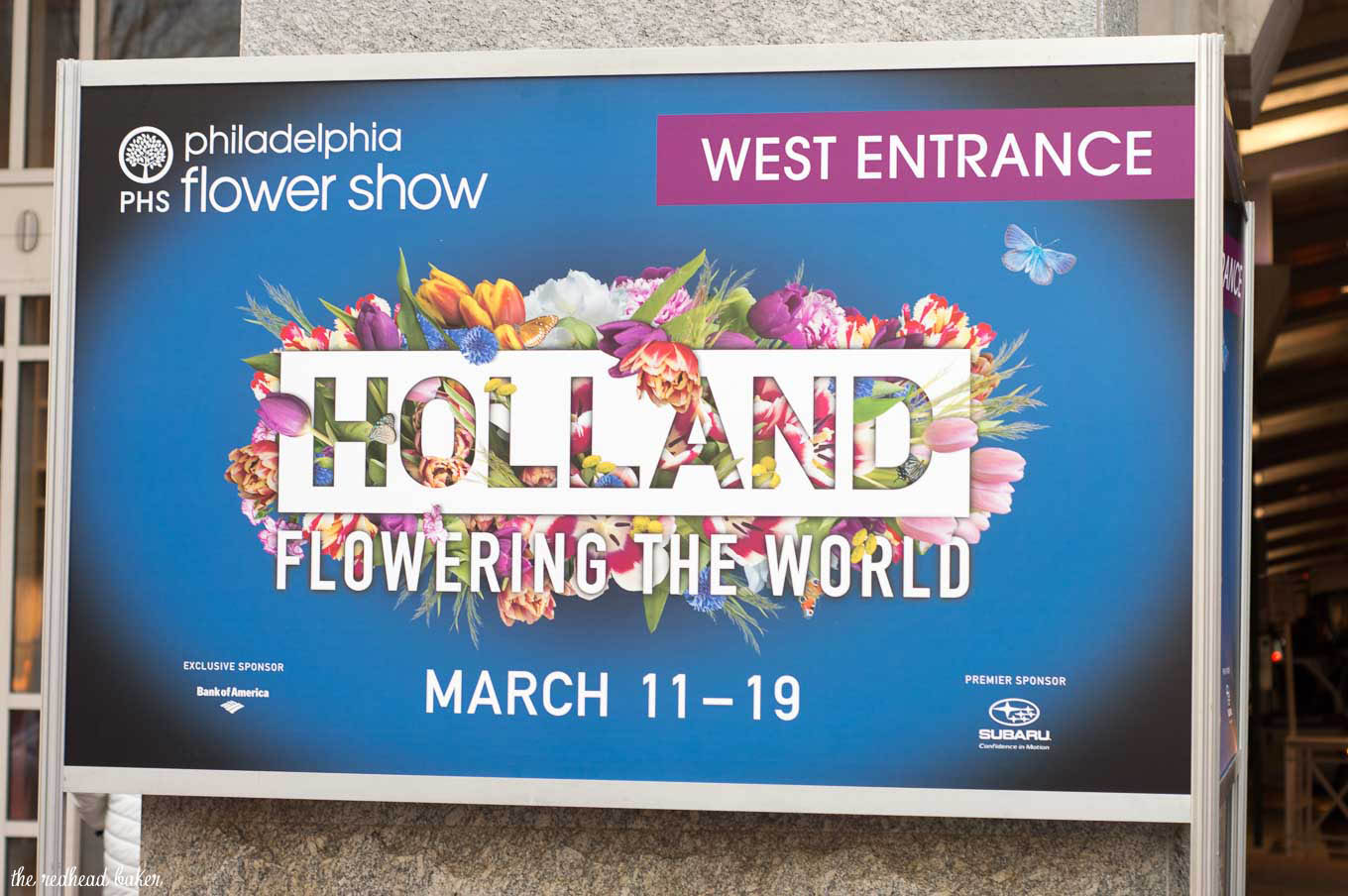 I had the opportunity to attend this year's Pennsylvania Horticultural Society's Philadelphia Flower Show, thanks to a pair of complimentary tickets from FTD. I've attended once before, in 2015, and enjoyed the experience, and was excited to go back. 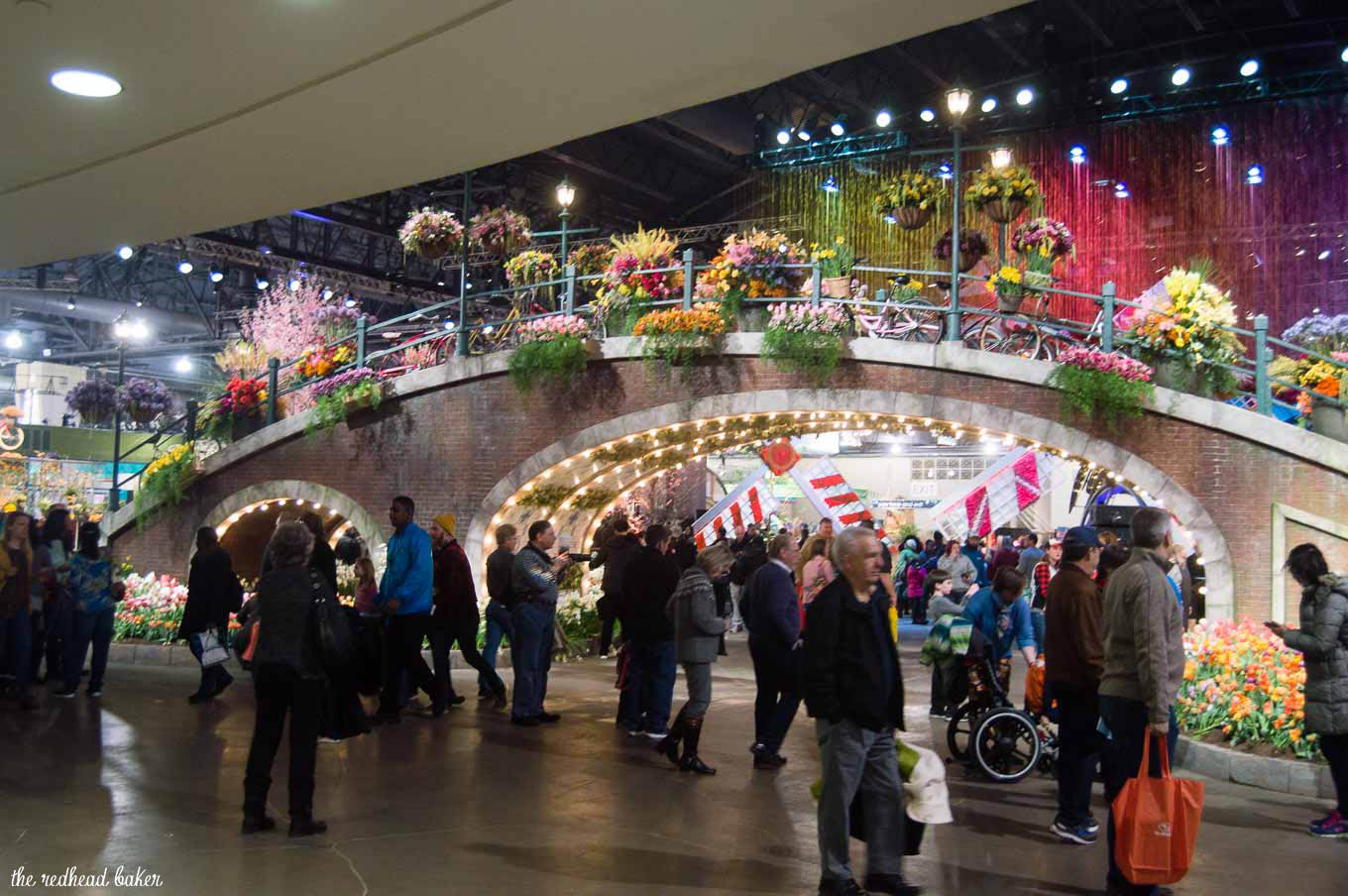 As soon as you enter the main showroom, you walk under a tall bridge, with flowers and plants on it, under it and around it. On the other side is a breathtaking display, suspended from the ceiling by cords, with balls of flowers at the end. The cords are varied in length, making a beautiful rolling hill formation. 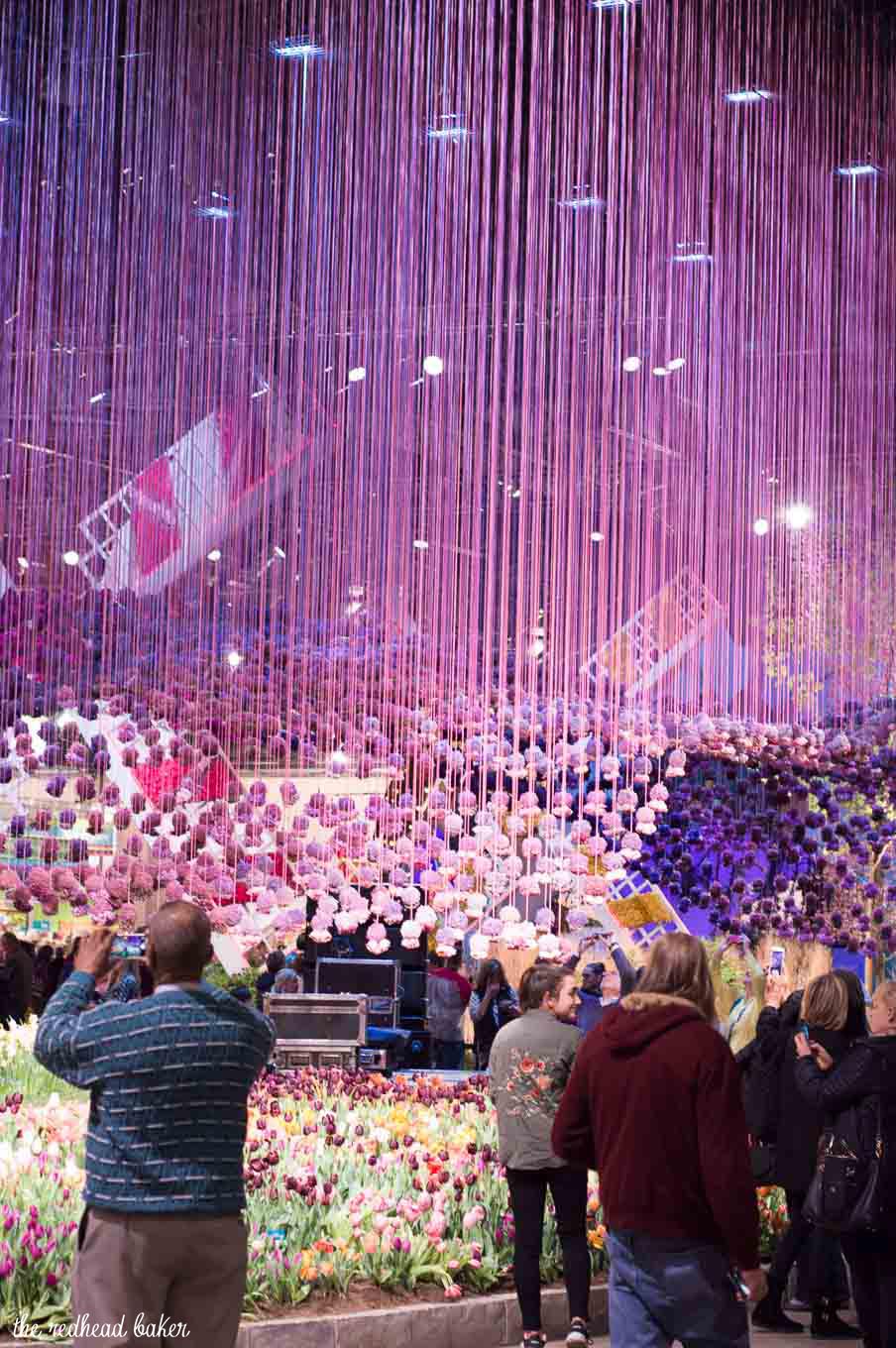 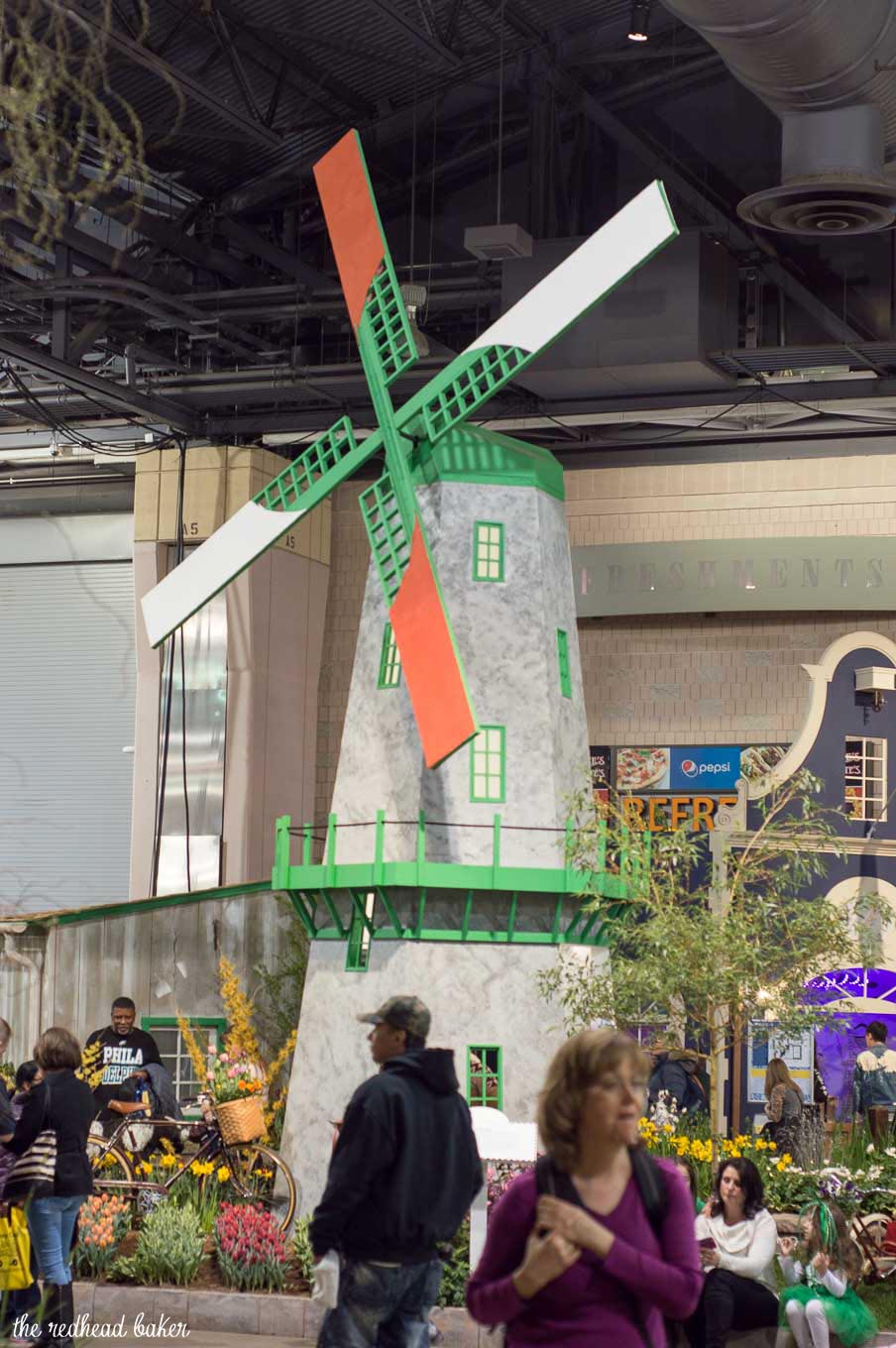 When you hear "Holland," you probably think tulips, right? Well, yes, and there are 35,000 tulips at the Flower Show this year! But Holland is the #1 exporter of lives trees, bulbs, plants and cut flowers, too. 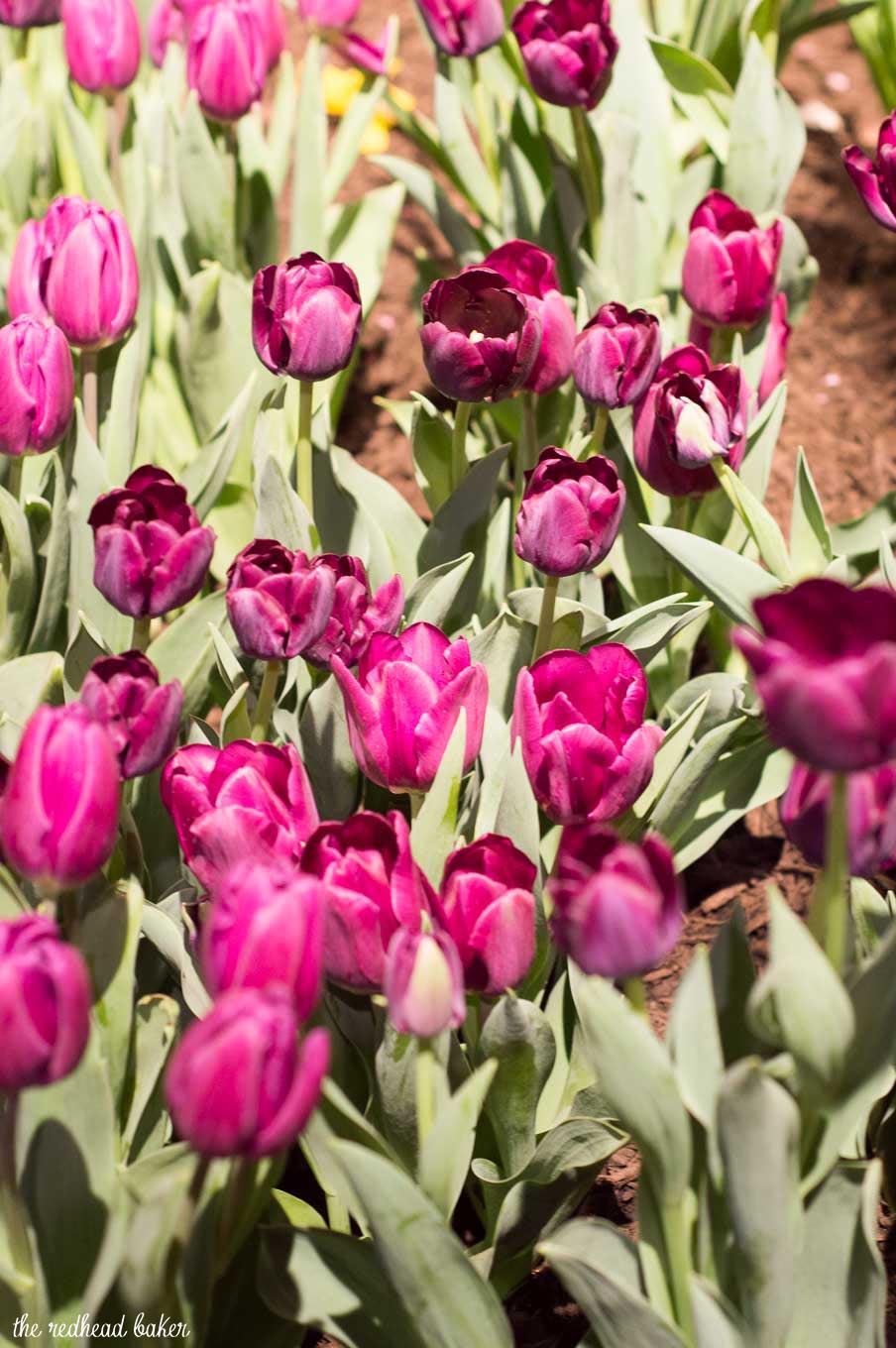 In addition to thousands of tulips, I also saw lots of daisies, daffodils, sunflowers, as well as hundreds of other varieties of flowers and plants that I couldn't name. There are markers all over to help you identify the flowers and plants in the exhibits. 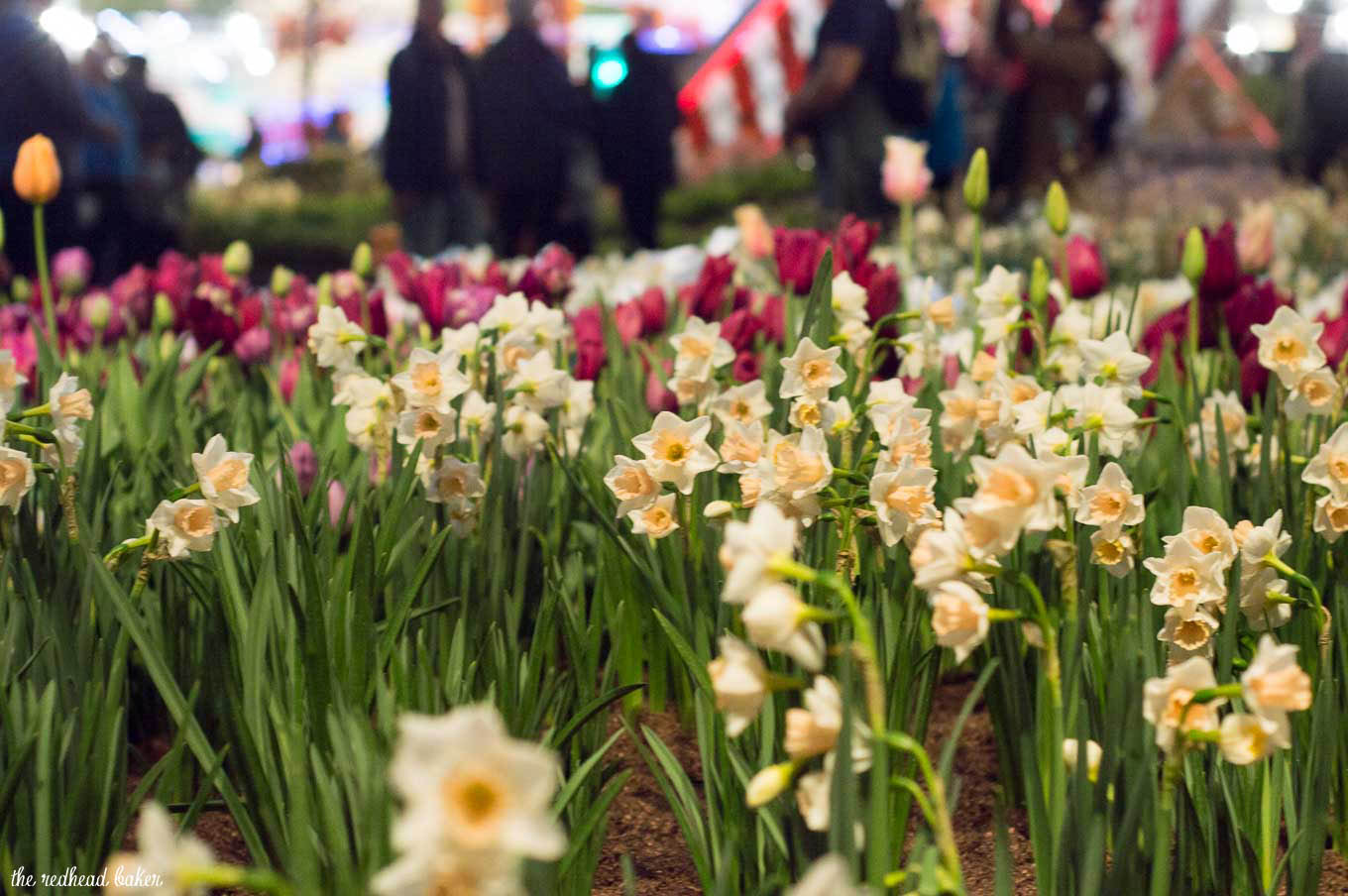 There are so many exhibits in the main show room: landscapes, floral displays, gardens, and more, by individuals, schools, florists, landscape companies, and many more. The entire show is actually a competition with many different categories. This year had a competition for tablescapes, front entrances, balconies, windowsills, mini arrangements and more! 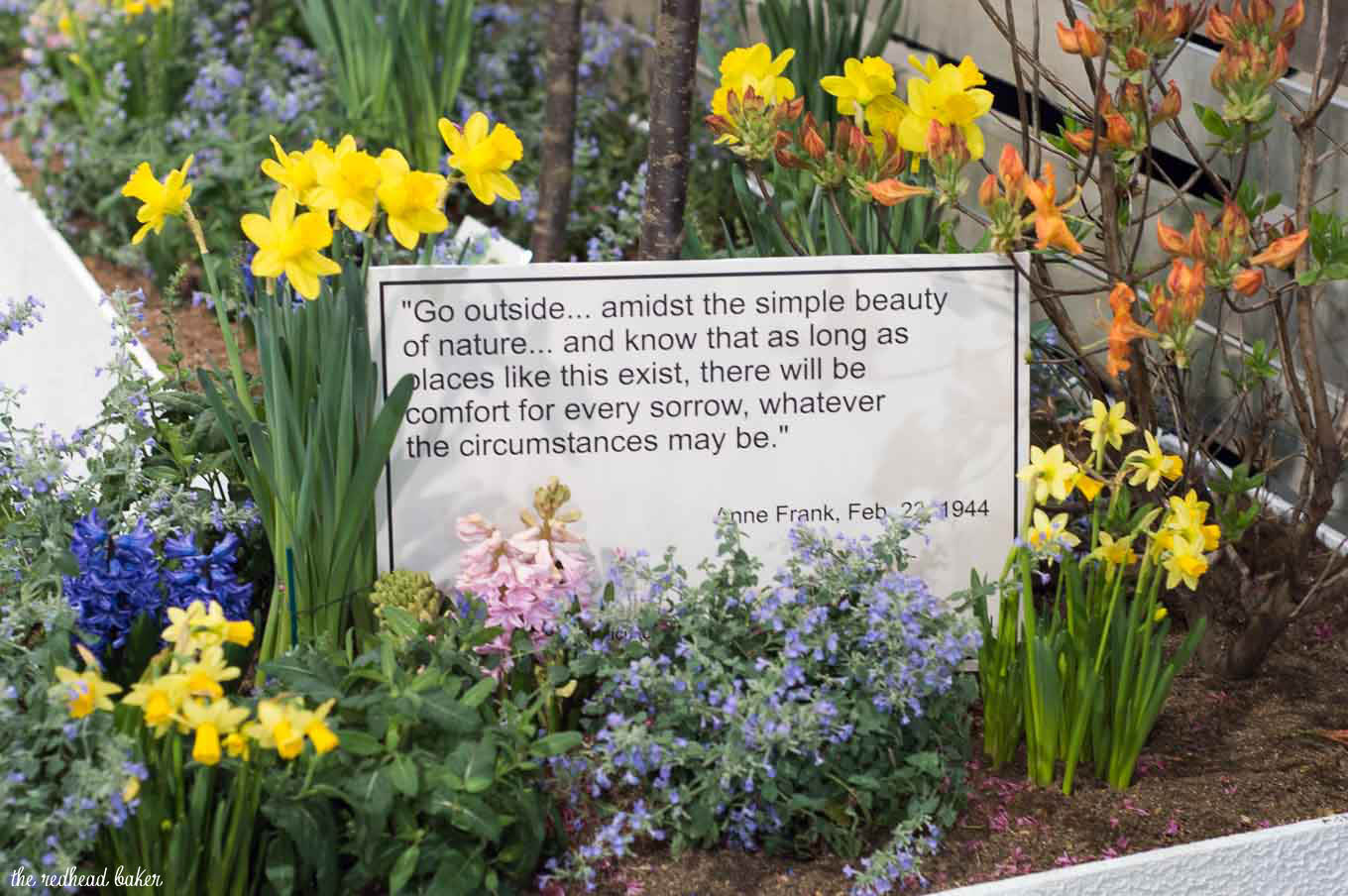 I think my favorite was this exhibit, "The Secret Annex" by the Horticulture Academy at Abraham Lincoln High School, based on Anne Frank, who lived most of her life in or near Amsterdam. Beautiful sentiments during these uncertain times in our country. 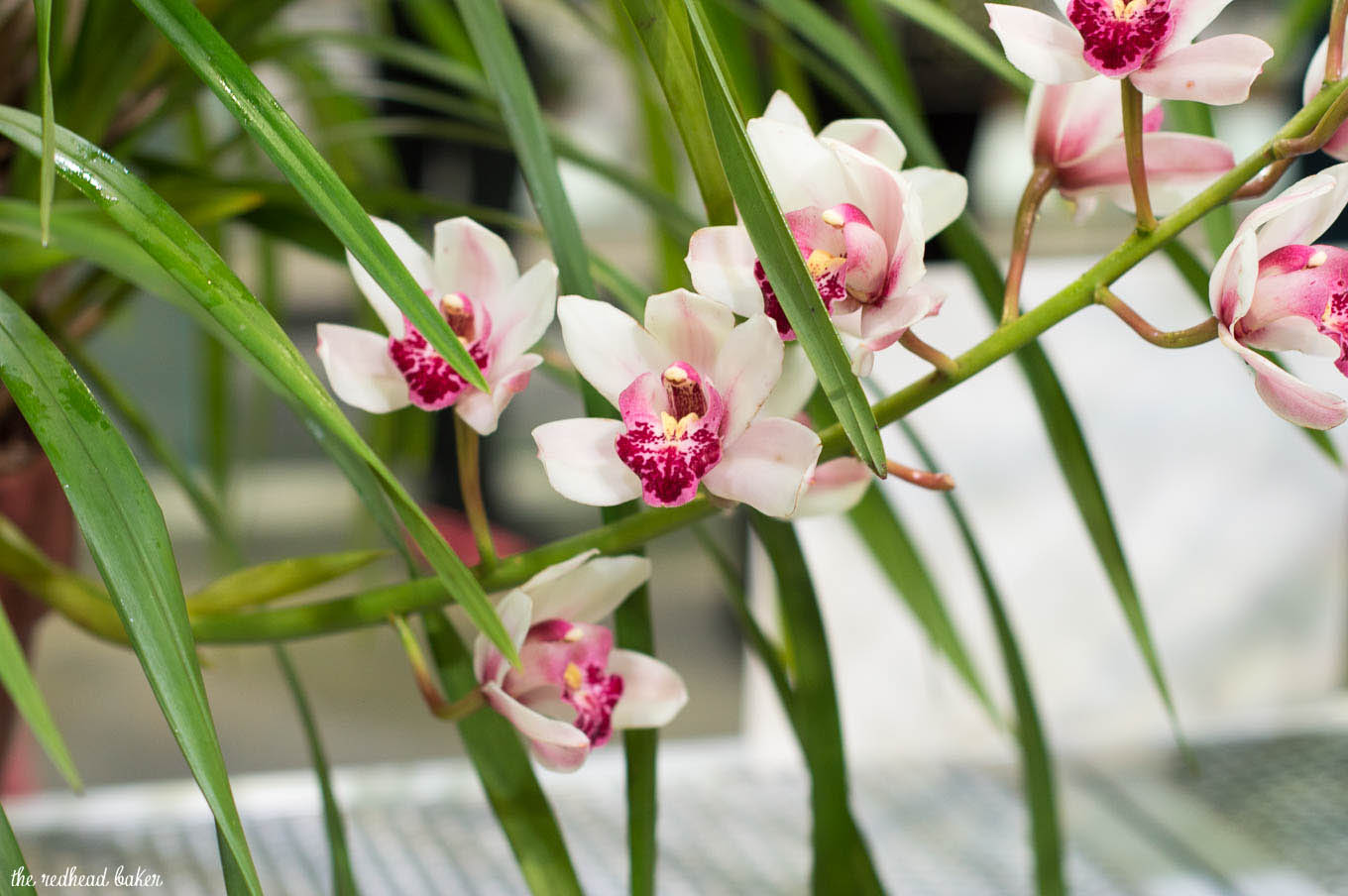 There are also presentations on everything from The History, Production and Trends of the Dutch Flower Bulb Industry to Zero Landfill Gardening. While I was at the show, a presentation on Saving the Bees by Dr. Noah Wilson-Rich was going on — very informative! 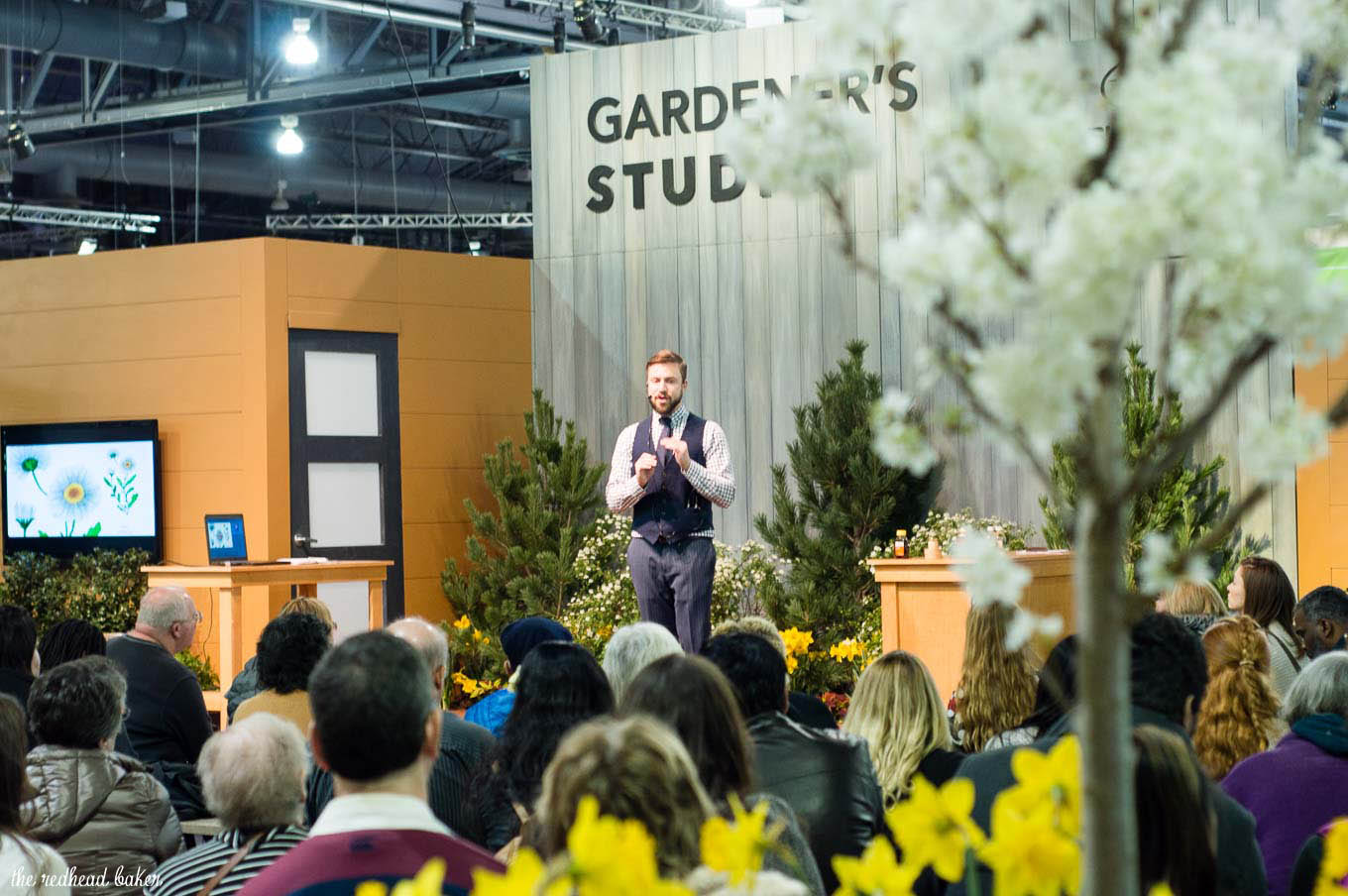 Also stop by FTD's #ILookToHer booth on the exhibit hall concourse near the West Entrance. Take a photo at the booth, then tag a woman that you look up to, and hashtag the photo with #ILookToHer. FTD will be surprising some people who use this hashtag with free flower bouquets! 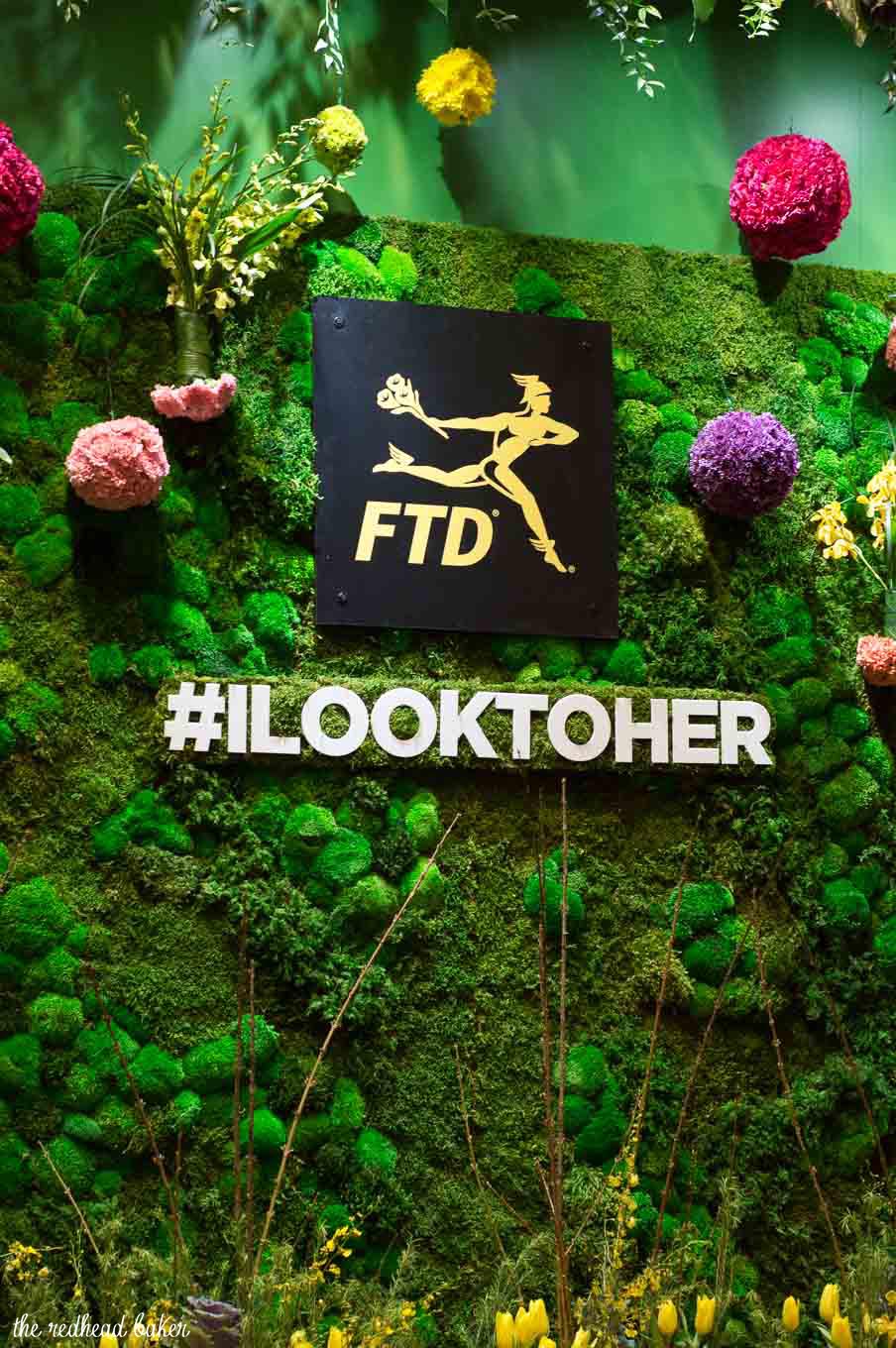 Also stop by FTD Designer Studio where, each day at 1pm, they have a celebrity guest on stage with FTD's lead floral designer presenting unique arrangements and design ideas to the audience. The celebrity guests range from actors to bloggers to a former White House florist! 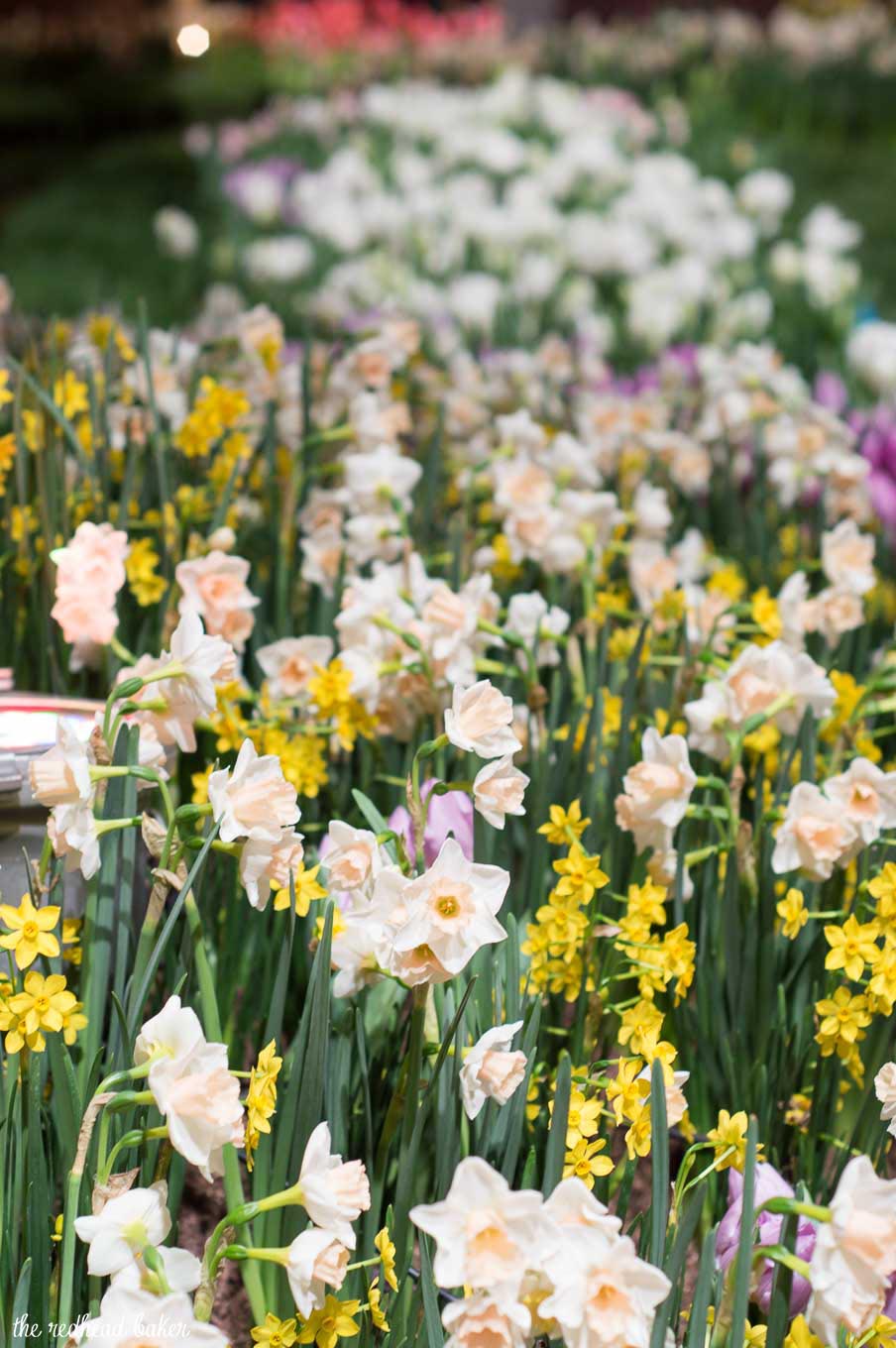 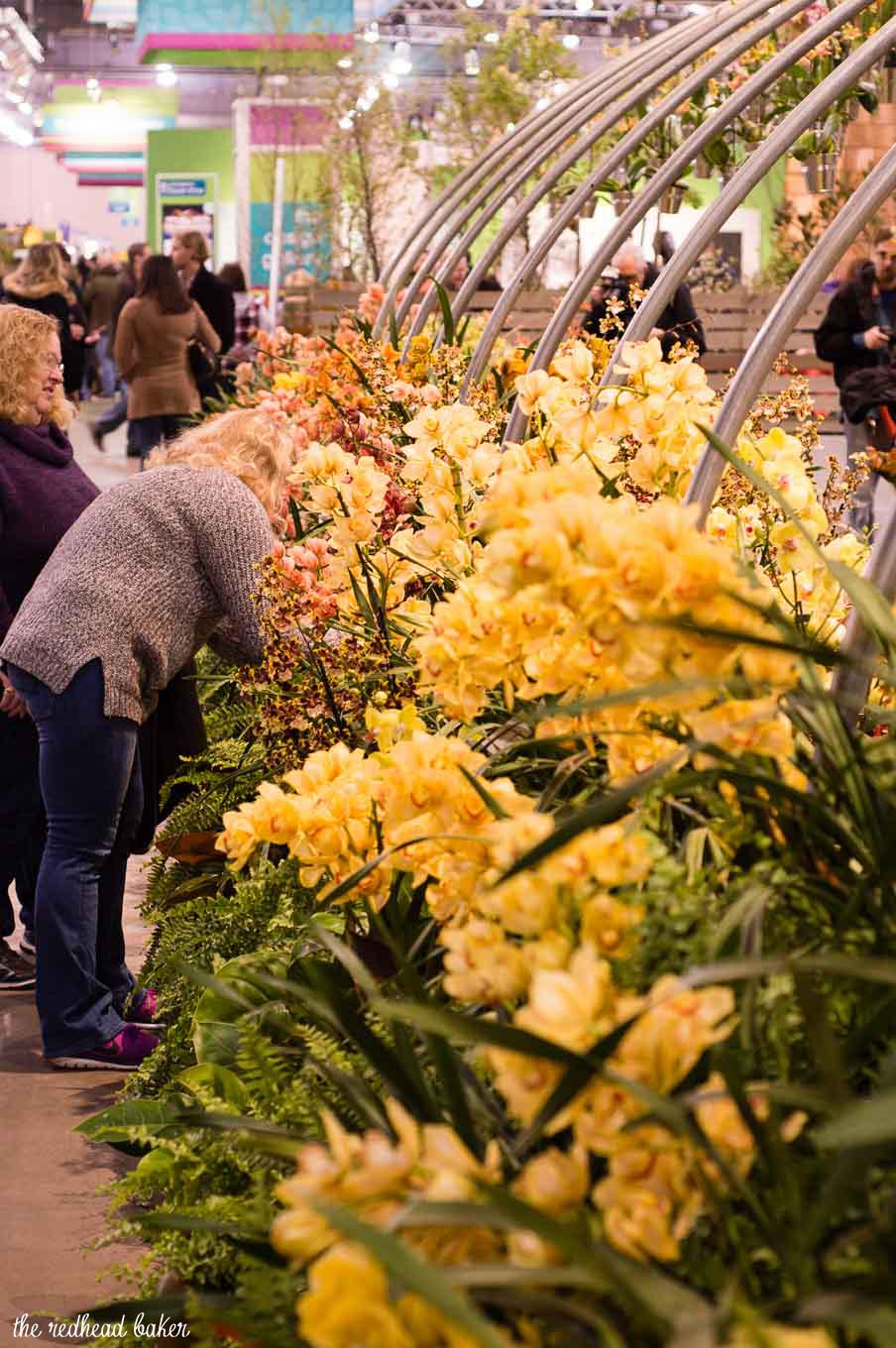 So, the fast facts about the Philadelphia Flower Show:

Tickets are available online and at the door. Visa and Mastercard are accepted, as is cash. Proceeds from the Philadelphia Flower Show benefit the year-round programs of the Pennsylvania Horticultural Society that have become national models of urban greening, including City Harvest, which creates green jobs and supports a network of community gardens that raise fresh produce for families in need. 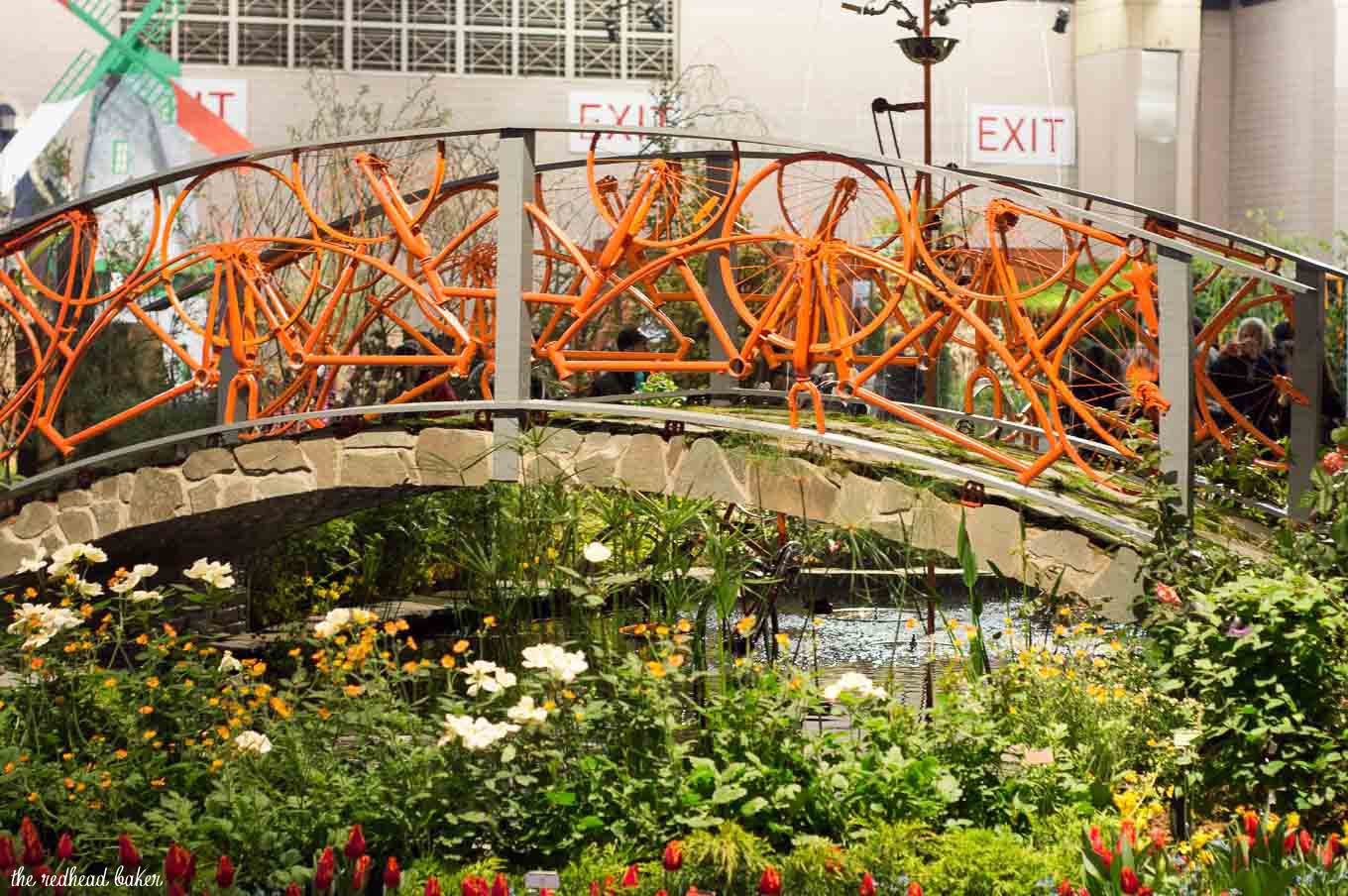 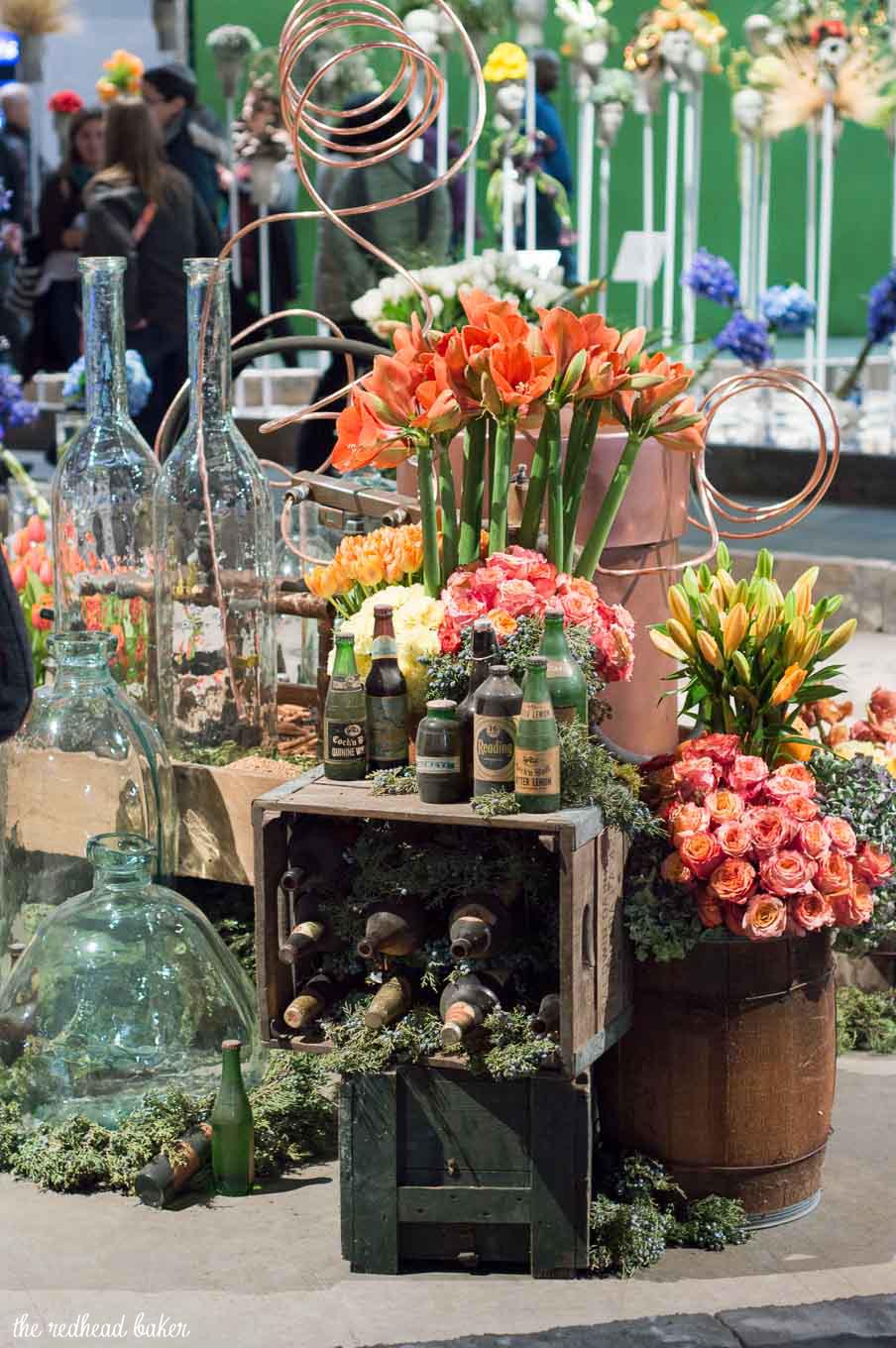 Did you know that gin originated in Holland? There was an entire display centered around a gin distillery, with a copper and glass complementing the plants and flowers. 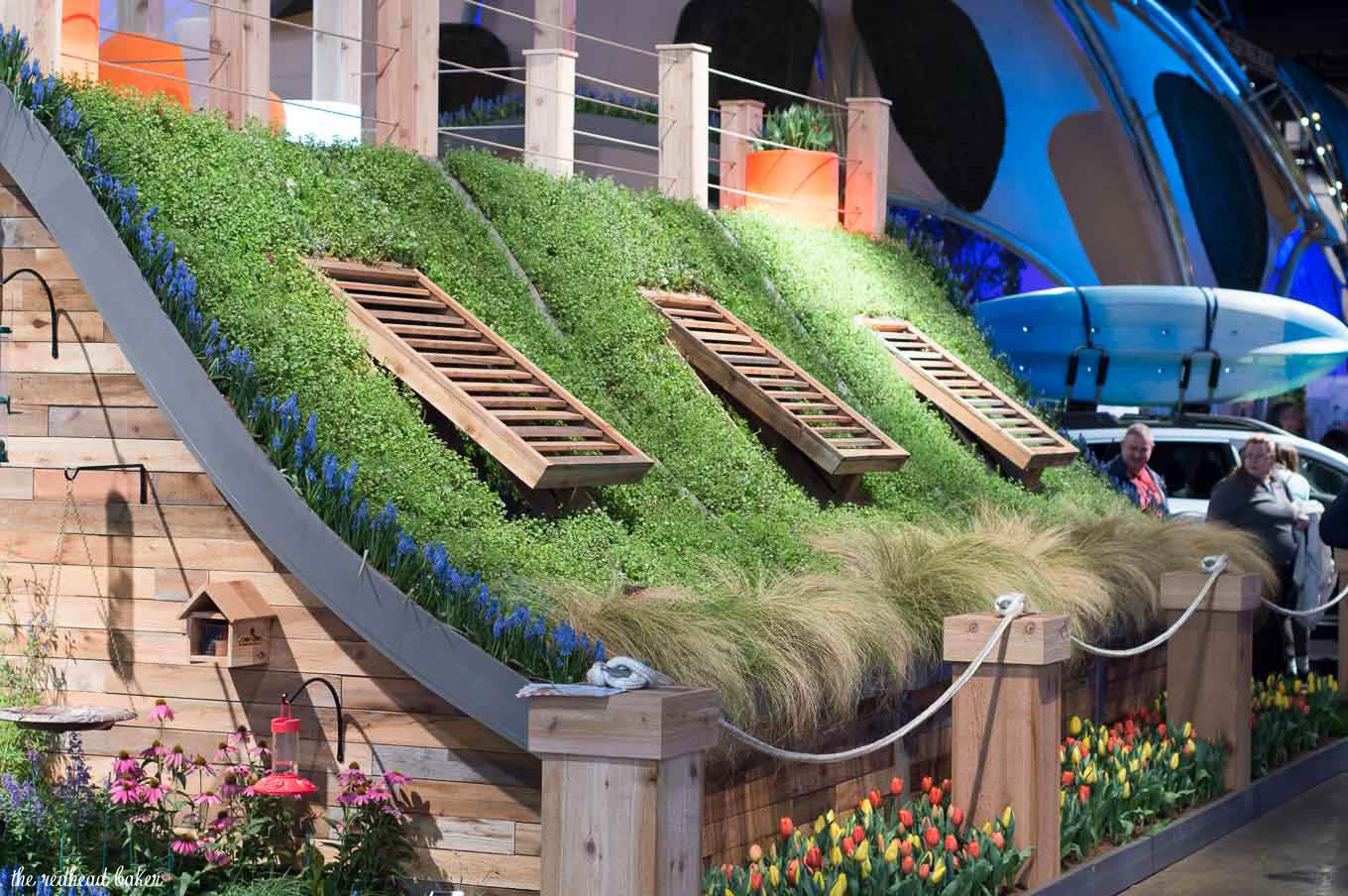 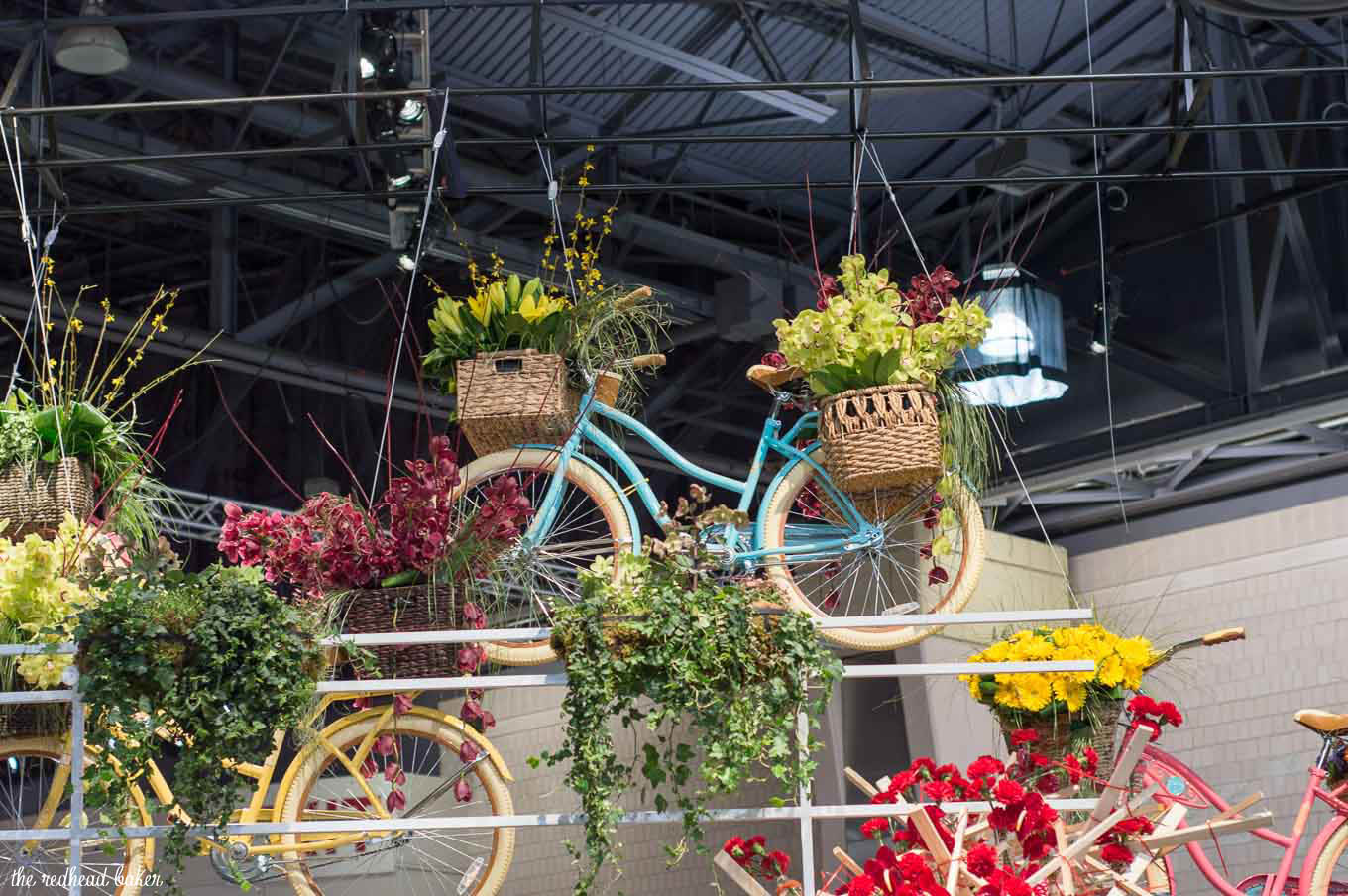 You're probably wondering, what's with all the bikes? The Netherlands is the bicycling capital of the world. There are more bicycles than residents in the country! The government encourages residents to bike with cycling infrastructure such as cycle paths, cycle tracks, protected intersections, widespread bicycle parking and by making cycling routes shorter, quicker and more direct than car routes. 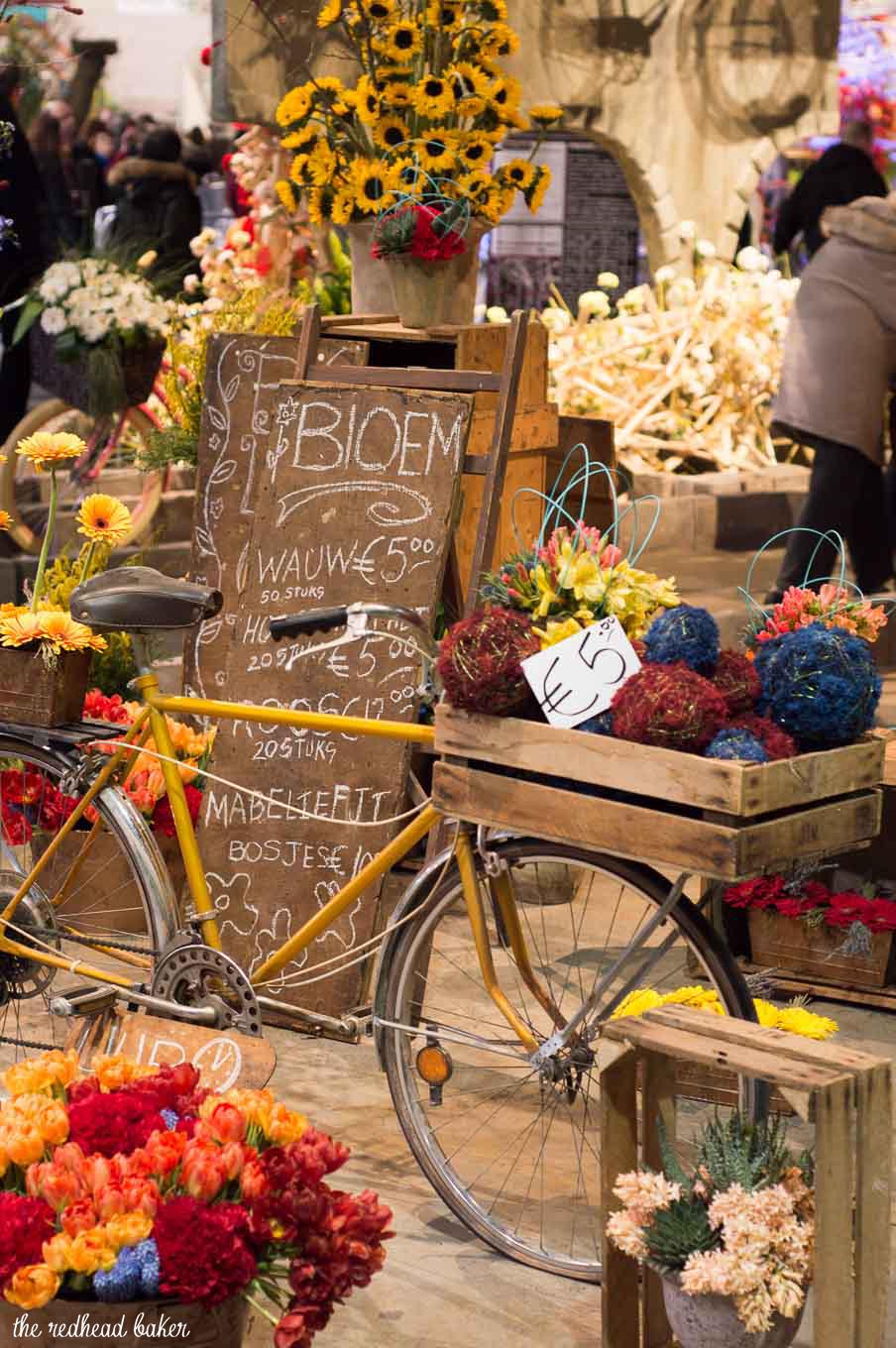