Sweet cream affogato is a simple yet decadent Italian dessert where espresso is poured over ice cream or gelato. Buon appetito! 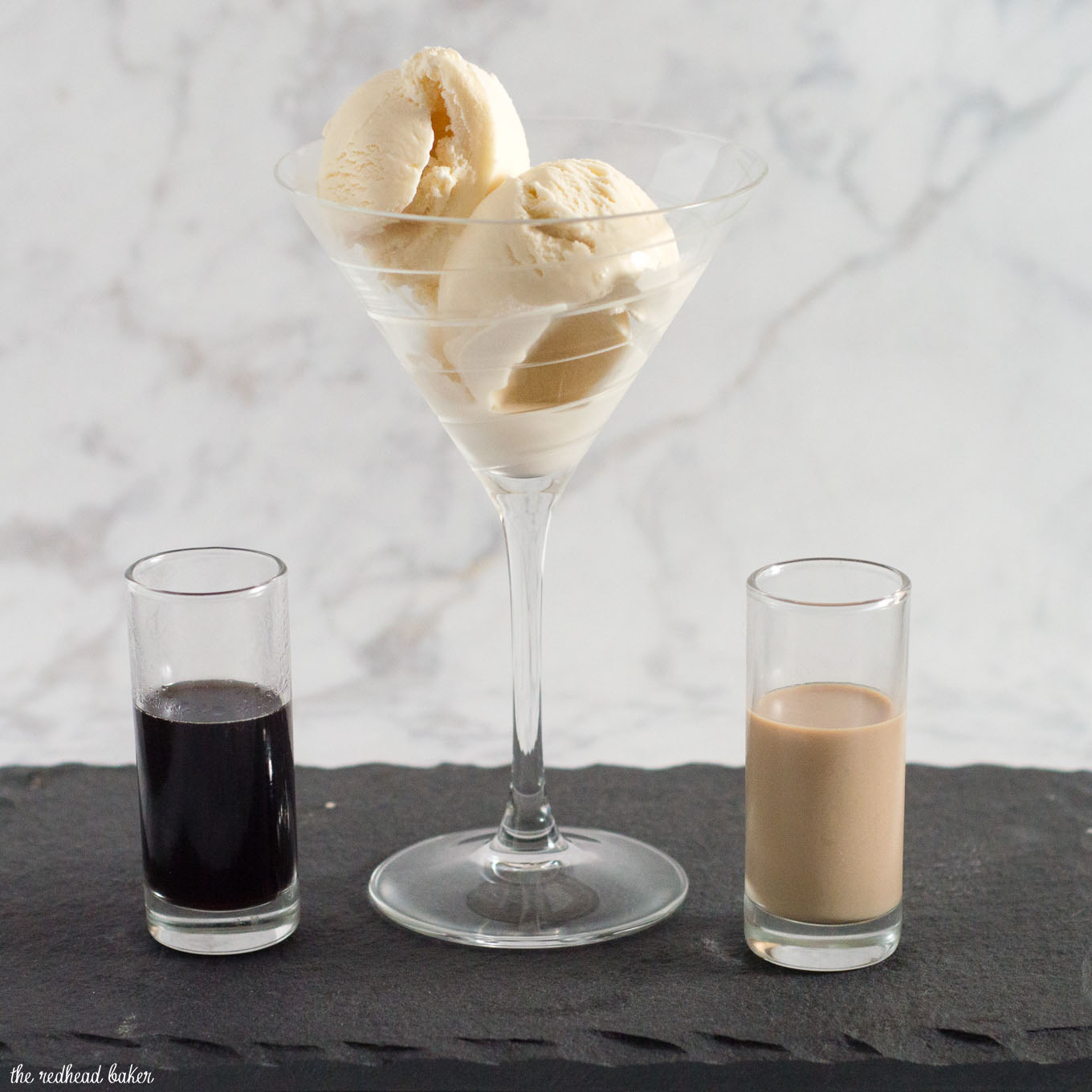 Today's #SundaySupper event is hosted by Wendy of Wholistic Woman, and it's all about one of my favorite beverages, coffee.

Have you ever seen a t-shirt or a coffee mug that says, "Instant human! Just add coffee!" Well, that's me. I can't respond to even the most basic conversation until I've had coffee. Hell, I can barely make myself a pot of coffee until I've had coffee. I once stopped at a Dunkin Donuts to get my first cup of coffee of the day. I paid and walked out ... without my coffee. 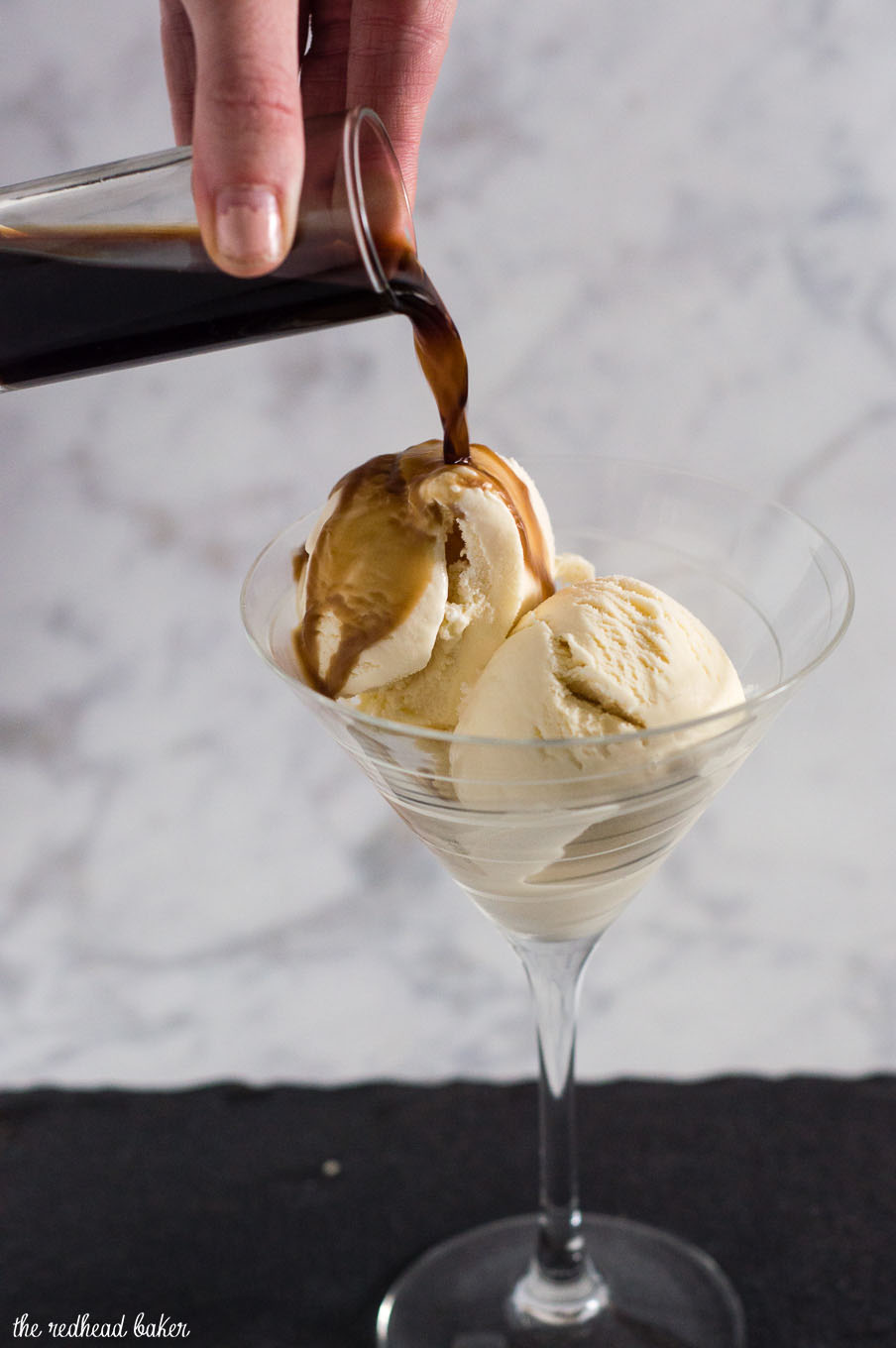 For the coffee event, I chose to share a classic Italian dessert called affogato. The world literally translates to "drowned." Traditionally, gelato is drowned in espresso. Some restaurants use ice cream or frozen custard. Some add toppings of chocolate syrup, chocolate shavings or crumbled Italian cookies such as biscotti or amaretti.

Since one of my favorite coffee creamers is Italian Sweet Cream, I chose to make sweet cream gelato. Gelato has less fat than ice cream because it uses more milk than heavy cream and fewer egg yolks — some gelato recipes don't use any egg yolks. When made commercially, gelato is churned more slowly than ice cream, making it denser. Finally, while ice cream is served at around 10 degrees F, gelato would be rock-hard at that temperature. Gelato is best served at 35 degrees F (at which temperature ice cream would be a soupy mess). 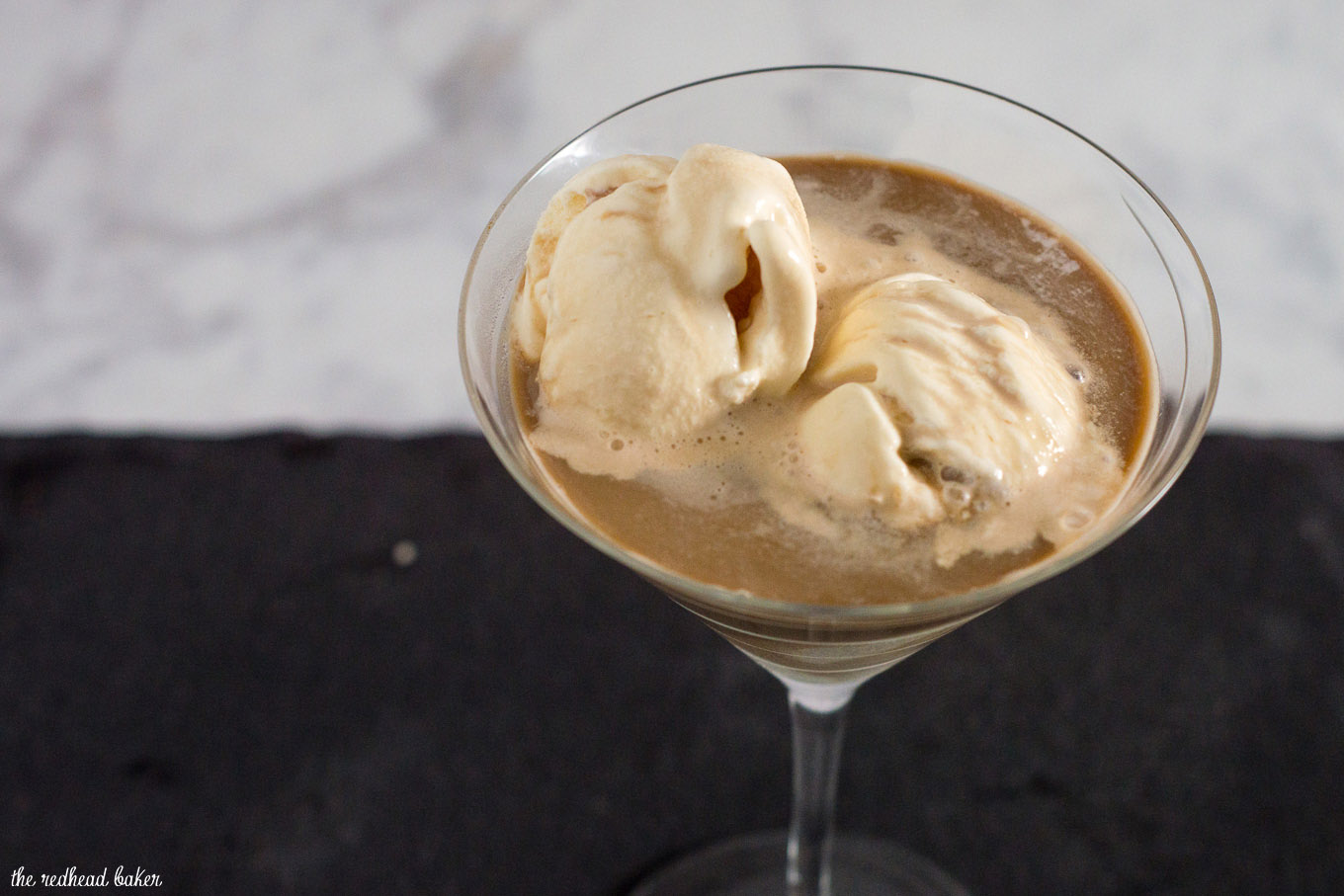 To give my affogato an extra kick, I added a shot of coffee liqueur, which adds extra flavor and also balances the contrasting temperatures of the hot coffee and cold gelato, slightly slowing the melting process.

This is a decadent dessert, appropriate to serve at any party or holiday meal, but simple enough to make yourself a quick dessert any night of the week.

Pin this recipe for Sweet Cream Affogato for later! 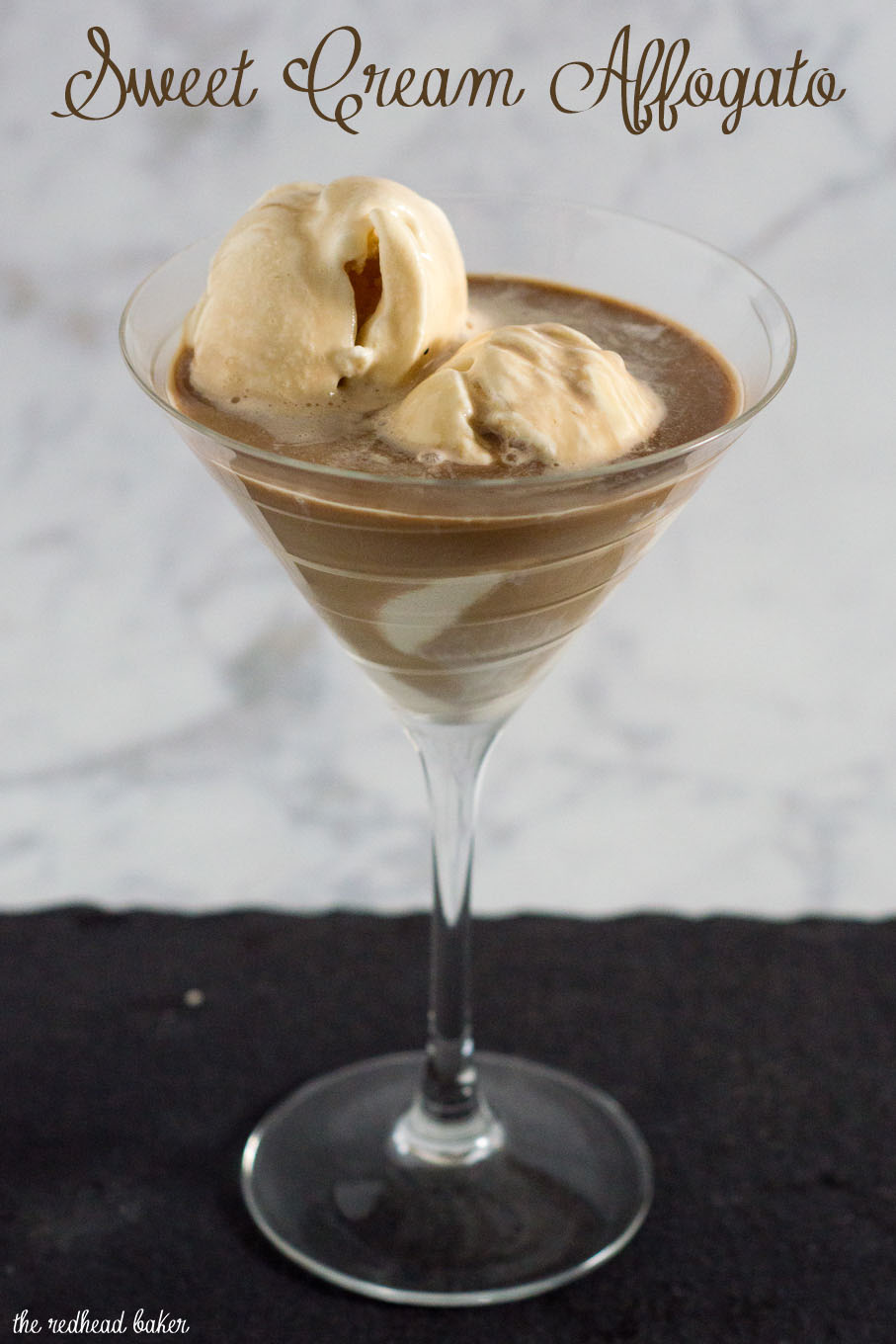