Apple butter pound cake has delicious apple flavor with hints of cinnamon, a ripple of apple butter, and a creamy caramel glaze. 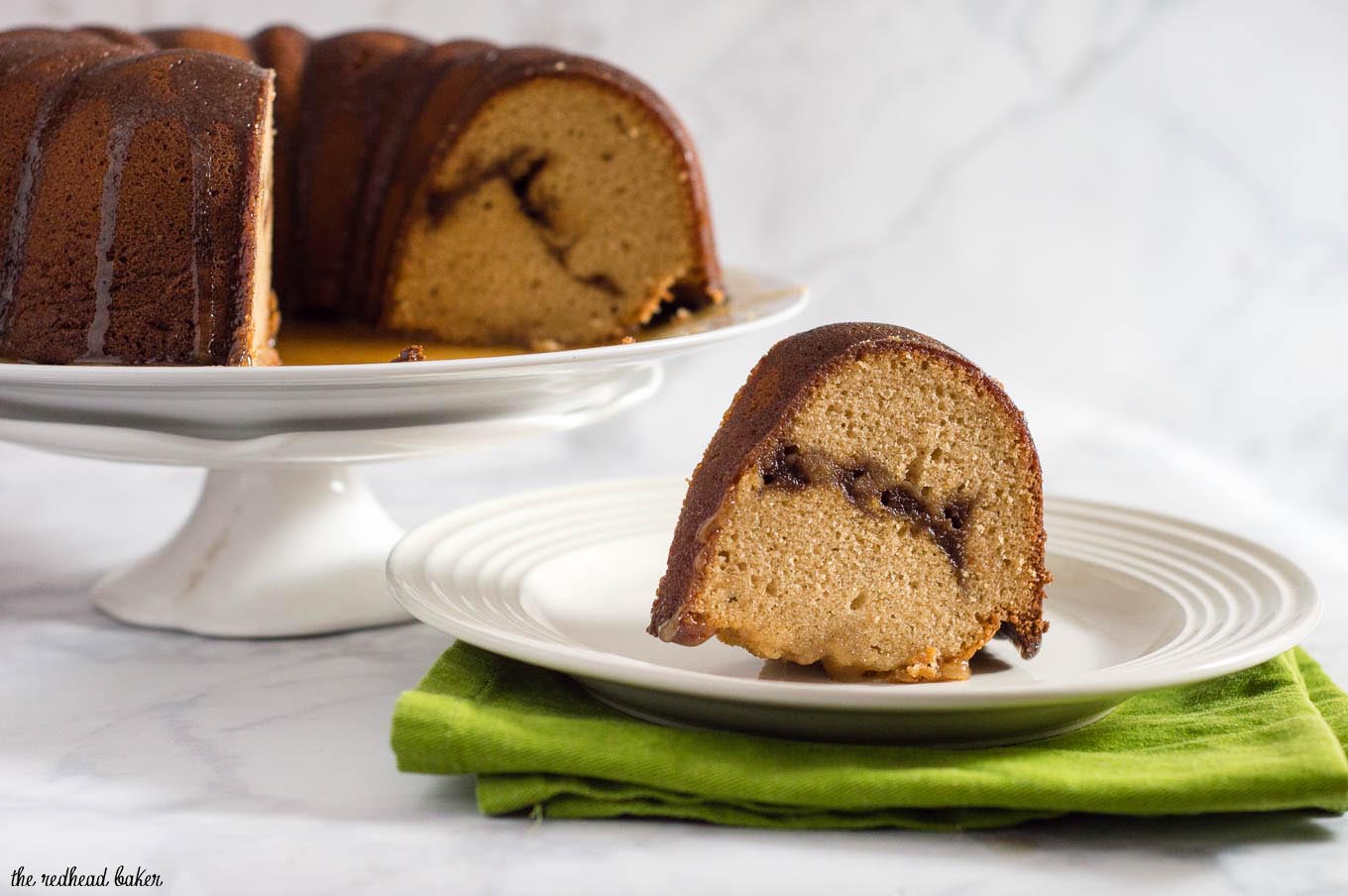 If you think you're not a "sweets person," you need to try this apple butter pound cake. Pound cake is a dessert that dates back at least to the early 1700s, named because the original recipe called for a pound of each ingredient.

The ingredients have changed since then, and variations have been created. This one replaces some of the butter with apple butter. Apple butter is a mixture of cooked-down apples and spices, like applesauce but thicker. 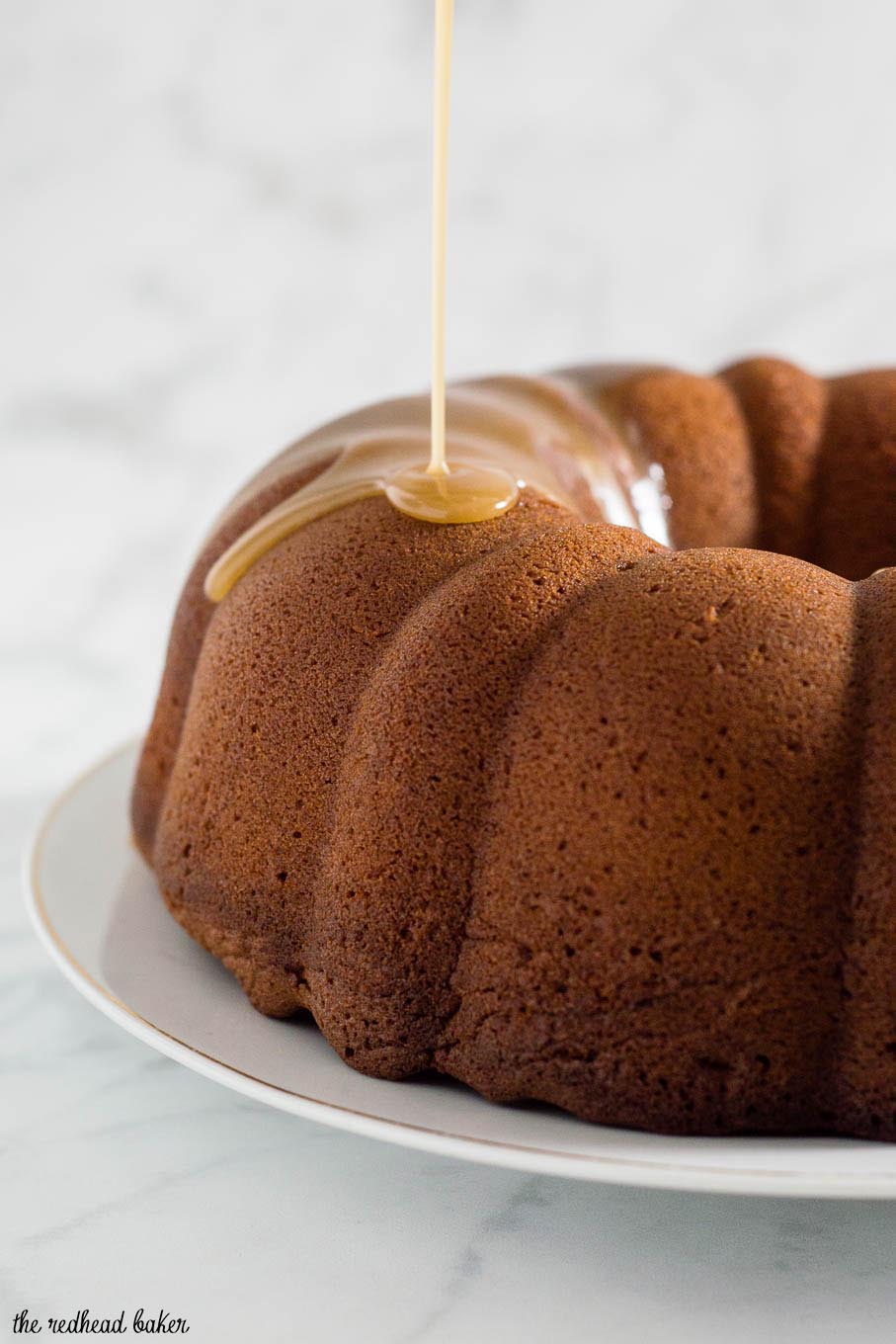 So, if you tend not to like sweet cakes, you'll probably enjoy pound cake. In addition, since apples tend to be less sweet than tart, this helps keep the sweetness down. The caramel glaze adds flavor, but the small amount that is drizzled over the cake doesn't increase the sweetness much, especially after it soaks into the cake. 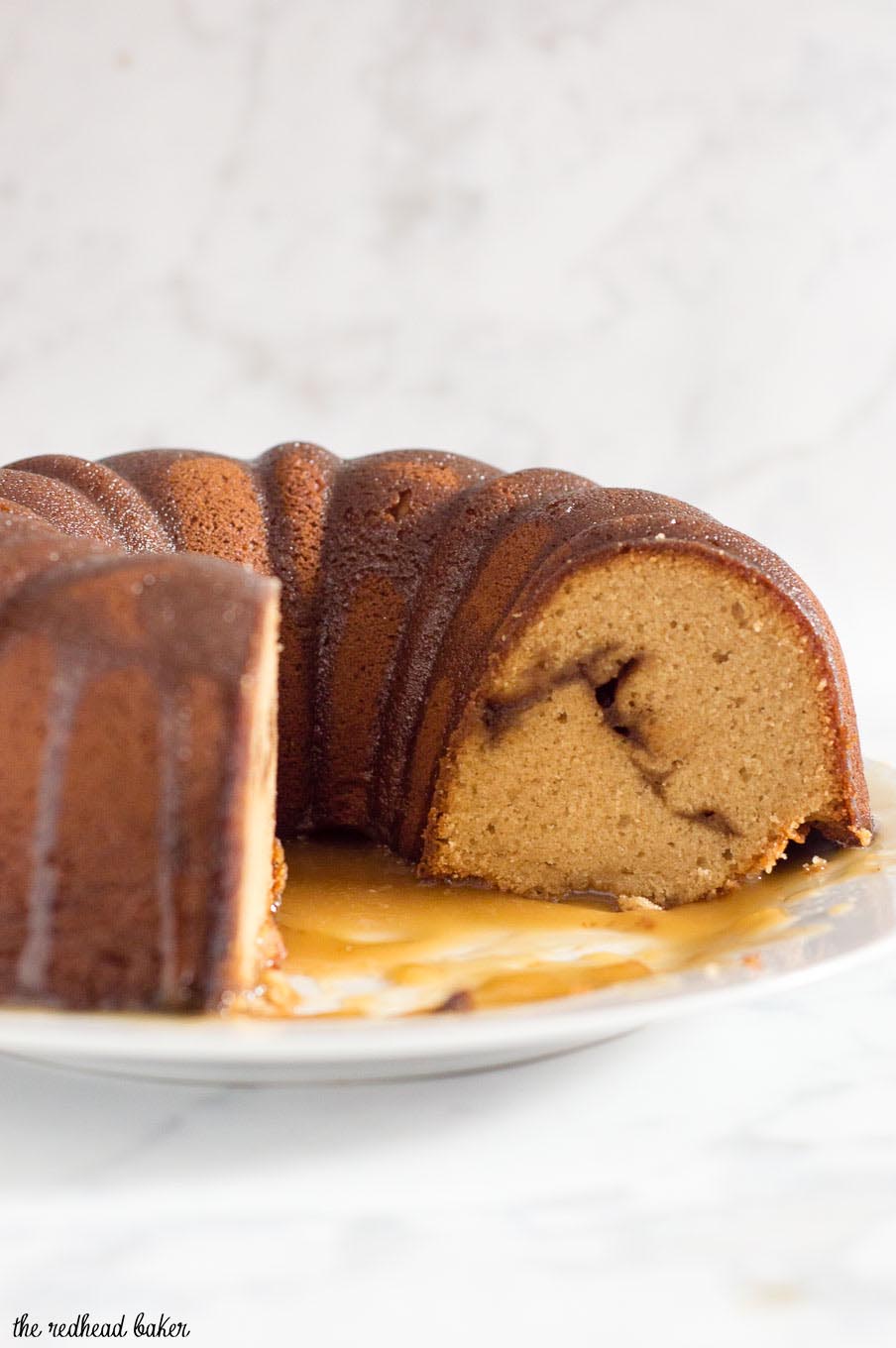 This cake is baked using the "cold oven" method. The oven is not preheated. The cake pan is placed in the cold oven, then the oven is turned on. This results in the nice dense texture that you expect of a pound cake.

I'd never heard of the cold oven method until recently, and even after some research, can't fully explain why to do it this way. Some suggest (though it's not verified) that in this method, the cake rises more, because the bottom sets first, but the top crust doesn't form right away like it would in a preheated oven. 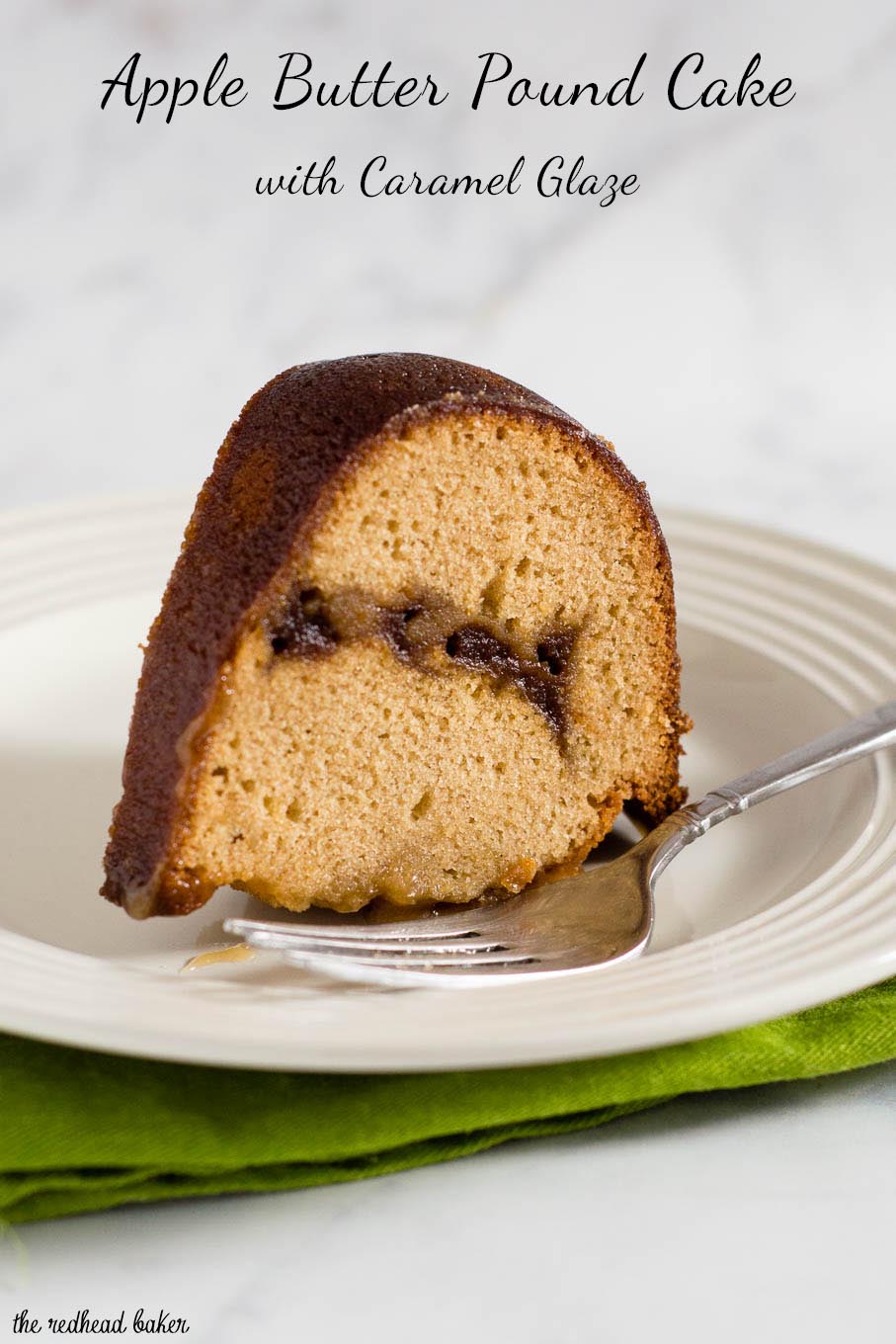