This apple, squash and chicken skillet meal is perfect for busy weeknights: ready in under 30 minutes, and only one pan to wash! 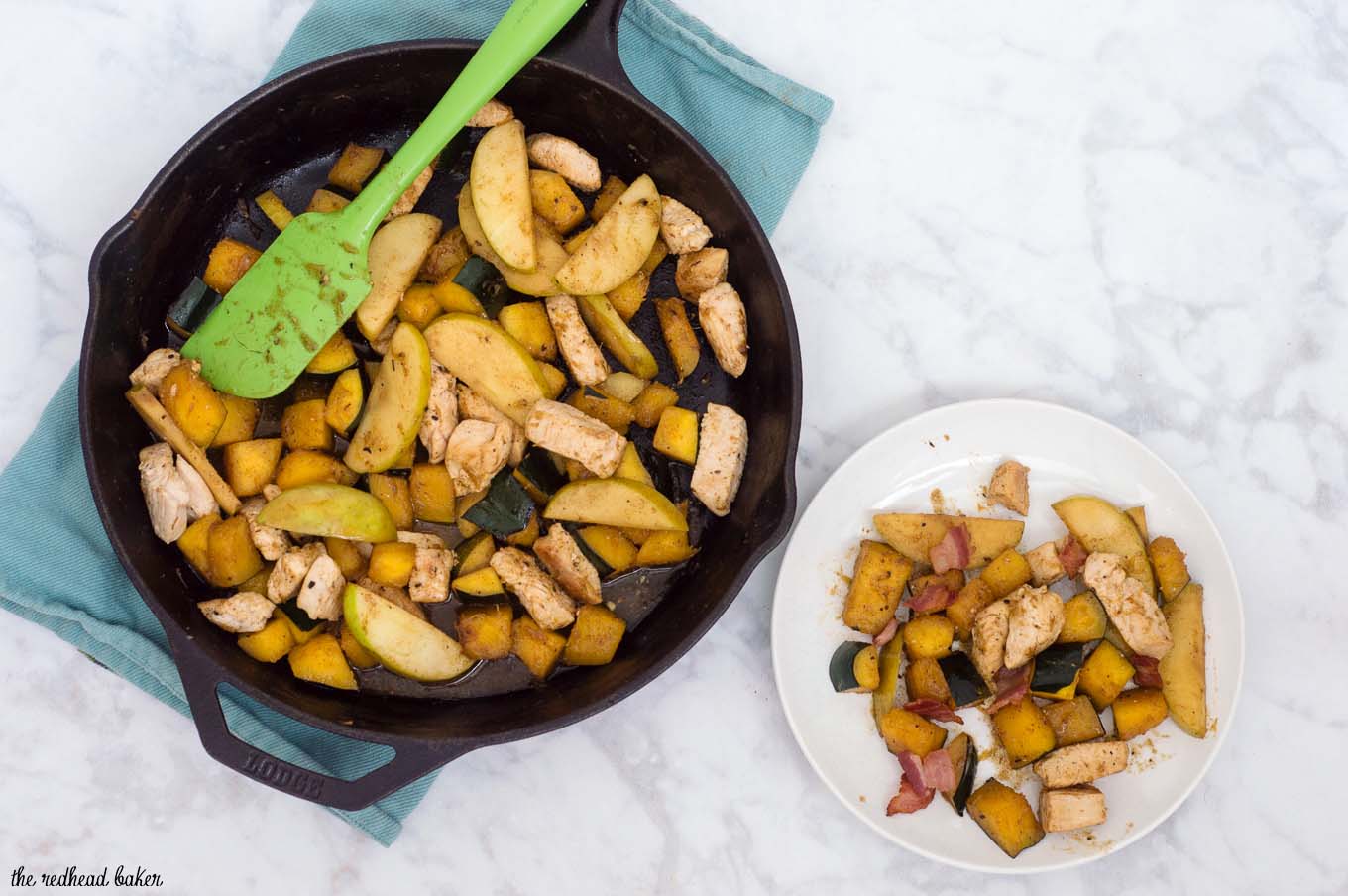 Two years ago, we were living in a decent-sized two-bedroom apartment, with a bonus storage room, and a kitchen with lots of counter space. Sure, it bugged us that we were partially below-ground, which meant little natural light, and more than a few unwelcome creatures coming to visit.

The biggest problem wasn't in the apartment itself, it was the area elementary school. Philadelphia public schools are in dire financial straits. The school we were zoned for was low-performing and there'd been several reports of drugs in the school -- yes, in the elementary school! We decided to look for a new apartment. 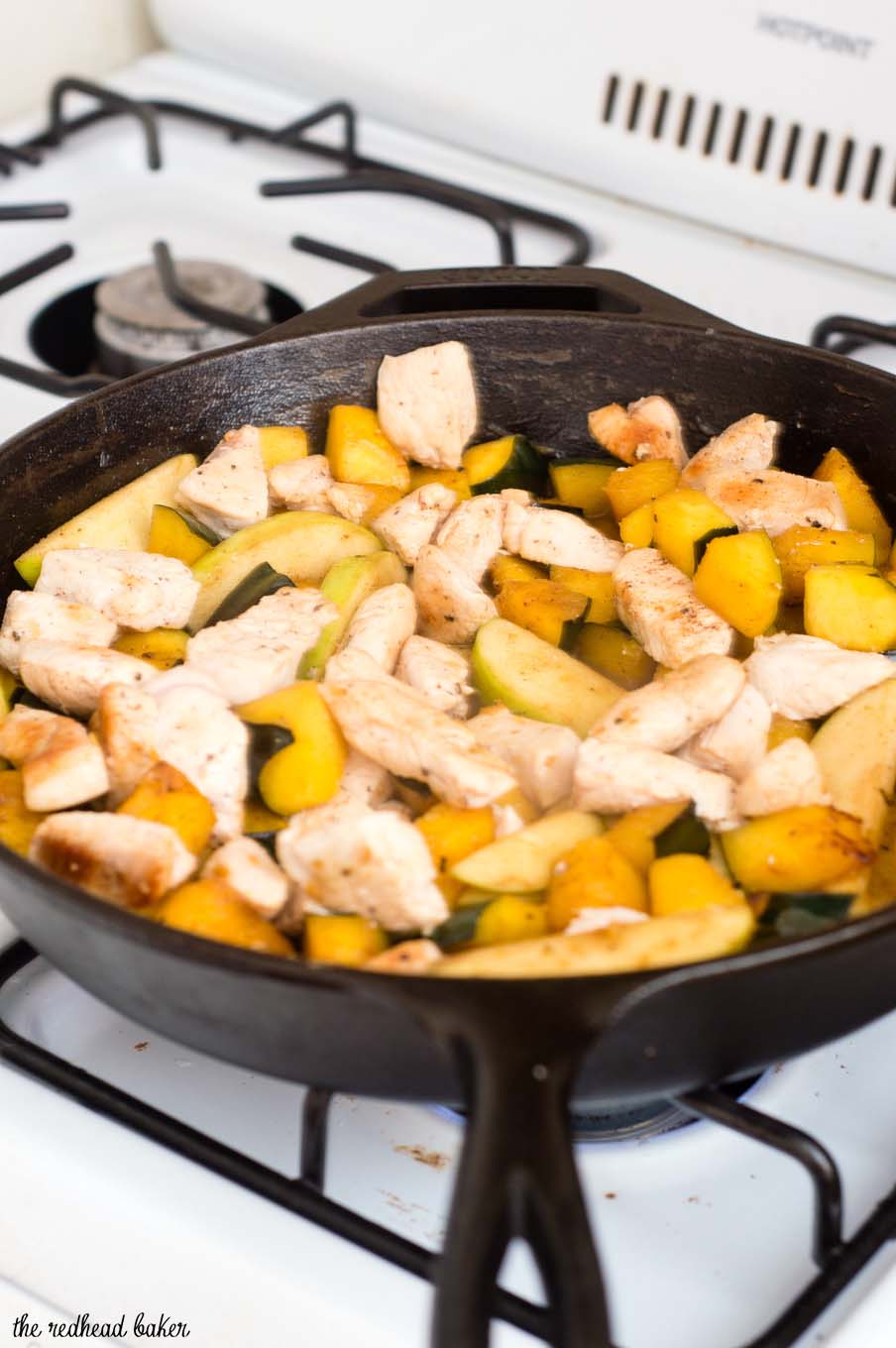 We found one close to an area we'd lived previously, before having our son, in the heart of Philadelphia's Center City. The local elementary school is still part of the Philadelphia school district, but has much more parental and community involvement and has much better results. The neighborhood is highly walkable (which we love), and the 2nd floor apartment gets lots of natural light. 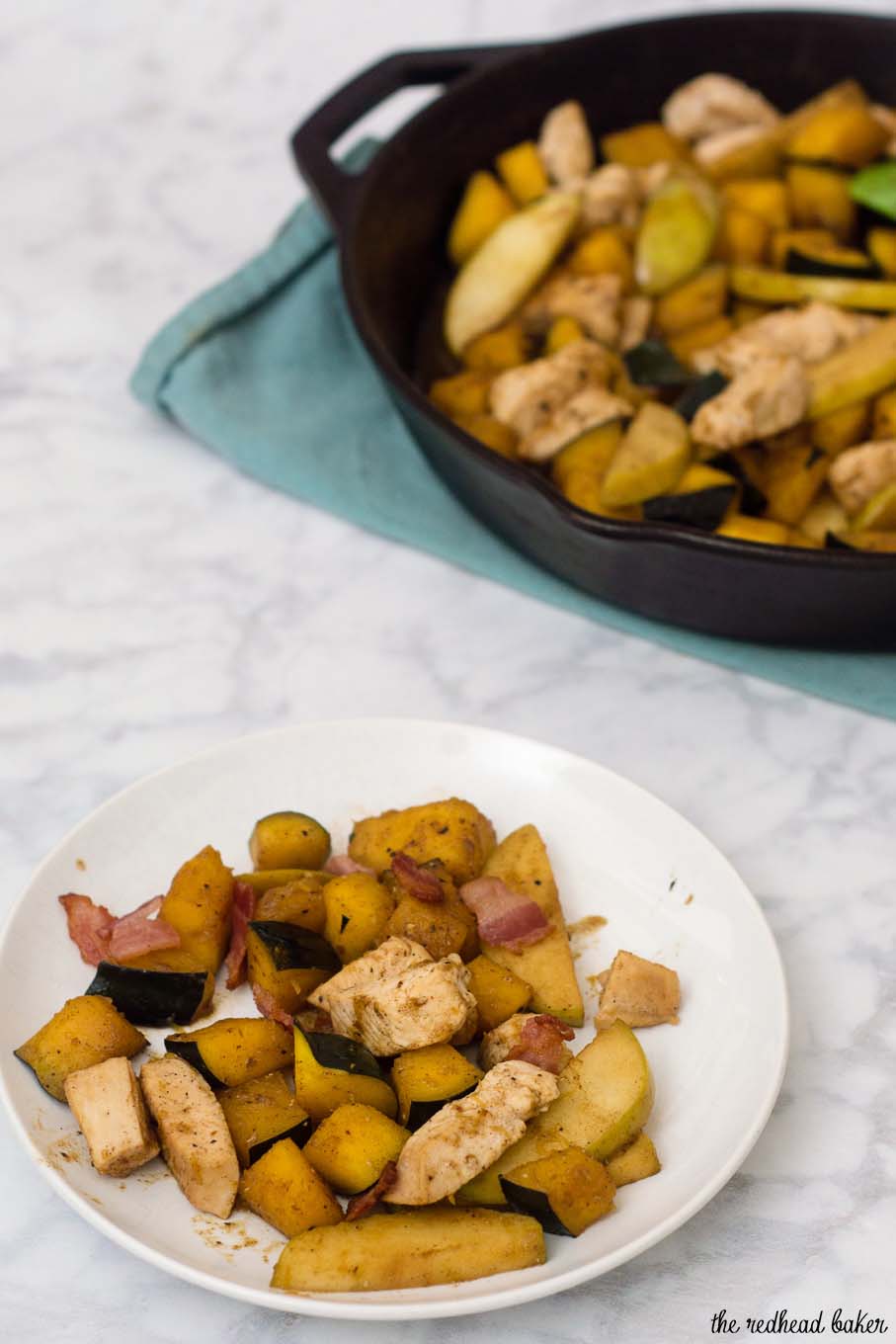 Well, as time goes on, no, we really don't want to live without one. Now that we both have new jobs outside of the city, we're starting to look into moving again. In the meantime, though, one-skillet meals are invaluable because who wants to wash a skillet AND a pot or two, in addition to three plate, three sets of silverware, and three cups? Not me!

Pin this recipe for Apple, Squash and Chicken Skillet Meal for later! 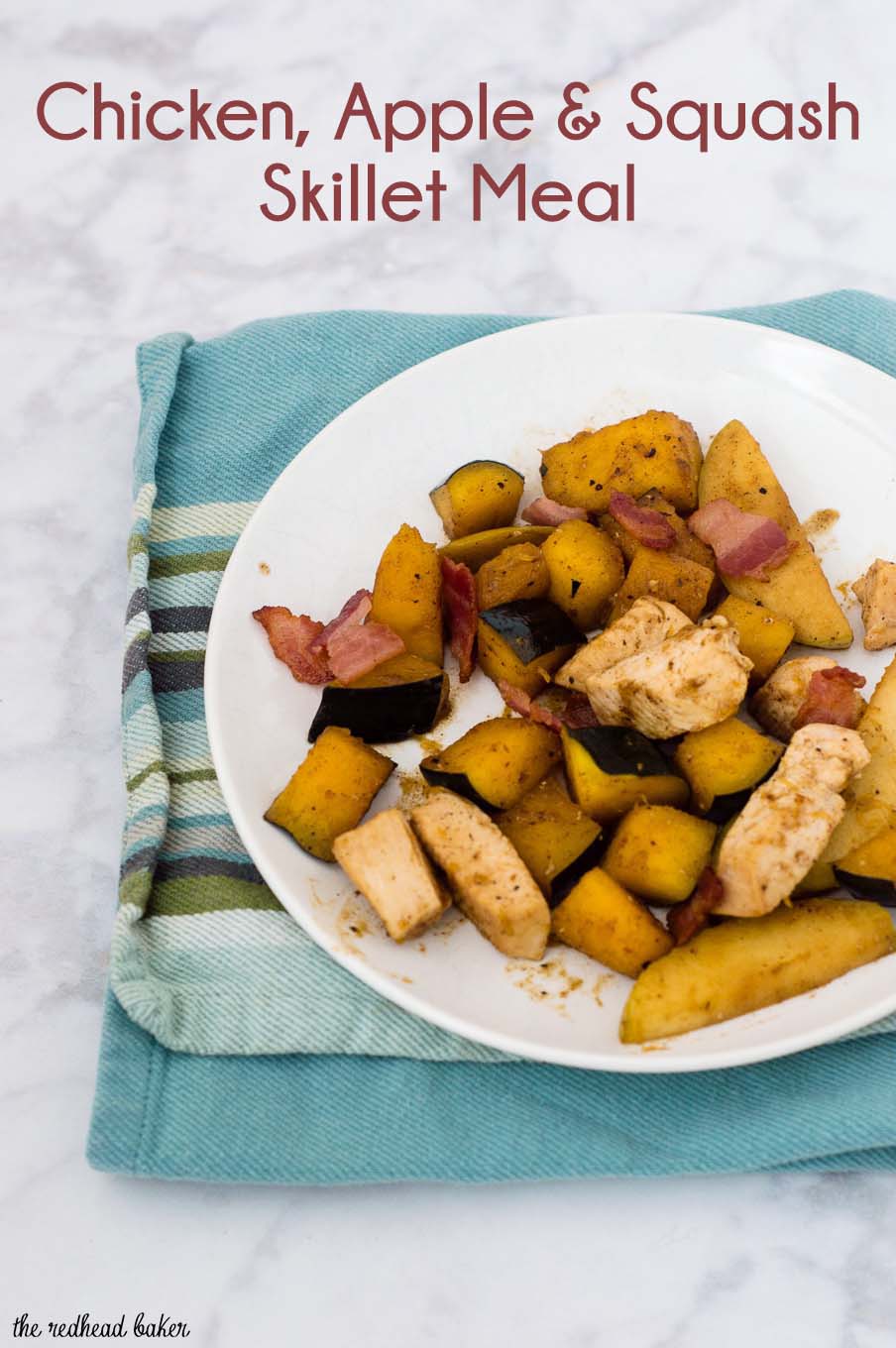