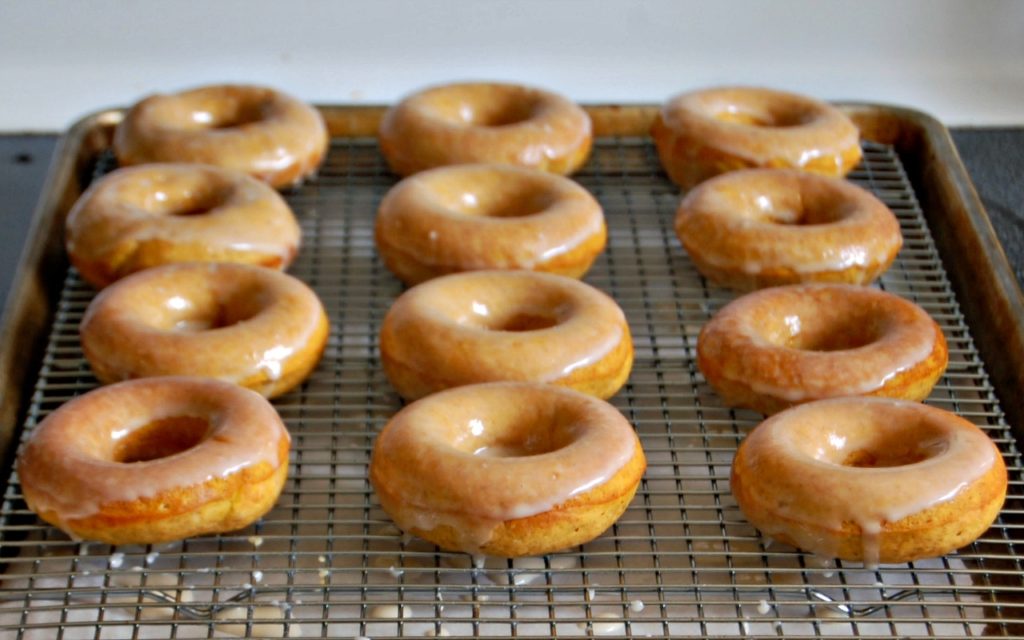 If I asked you, "What is the most dangerous piece of kitchen equipment?", what would be your response? Knives? A mandoline? A kitchen torch?

You'd be wrong. It's a doughnut pan.

Doughnuts are one of my weaknesses. I could eat a healthy, filling breakfast, but if I drive by a doughnut shop 10 minutes later, I want one. OK, who am I kidding, I want two. Or half a dozen (there's so many flavors, how can you choose?!?).

Several members of a cooking forum in which I participate have posted baked doughnut recipes. Around that same time, I visited the Philadelphia Premier Outlets in Limerick, PA, and inside a kitchen store, they had doughnut pans! And how can I fulfill my duty to bring you, my loyal readers, lots of delicious recipes if I don't own doughnut pans? I had to buy them!

Yeah, I'm not sure I believe me, either. I just pointed out to The Mister how much money I'd save by making them at home instead of stopping at a doughnut shop each time I passed one (and with 5 in a 2-mile radius, that's quite often) (I wish I could use that same logic to justify buying an espresso machine for lattes, but he's not buying [hehe] it).

So, save your guilt and enjoy! 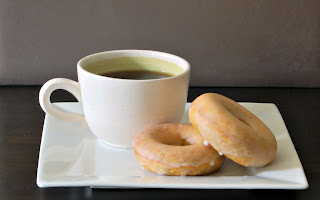 Ingredients
For the doughnuts:

* Pumpkin pie spice is a spice mixture sold in most grocery stores. If you can't find it, you probably already have all the spices you need to make it: in a small tupperware container, combine 1 tbsp of cinnamon, 1 tsp of nutmeg, 1 tsp of ginger, and ¾ tsp of ground cloves. Place the lid on, and shake to combine. Take 1 tsp out for this recipe, and save the rest for another use.
Previous Post: « Polenta Sausage Bake
Next Post: Vanilla Bean Biscotti: Week 1 of 12 Weeks of Christmas Treats »

Halloween sweets, treats, and more have arrived on Amazon!