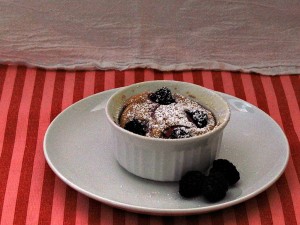 It's recipe swap time again, hosted by A Taste of Home Cooking! This round's theme was desserts—right up my alley! 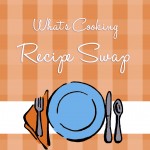 Before we get to the food, I want to make sure you are aware that Google will be retiring Reader, their RSS reader. That means if you follow my, or any other, blog with Google Reader, you'll need to find a new service. There are a few to choose from, the most popular being Feedly and BlogLovin'. Click the following link to follow my blog with Bloglovin.

Now — dessert! My favorite meal of the day. I submitted the caramel shortbread bars that I made last November. I was really excited to see what recipe I'd receive. I have to admit, I was surprised to get a souffle recipe. Not a bad surprised. Just surprised.

I've made souffles once before, in culinary school. They are typically made by folding together a flavored yolk-based cream sauce and whipped egg whites. Souffles can be either sweet or savory. A souffle can be baked in almost any dish, but most choose porcelain oven-safe ramekins, from small (for individual souffles) to a single large souffle. The dish is buttered, then coated with something for texture (typically sugar for sweet souffles; bread crumbs or Parmesan cheese for savory) to give the souffle something to cling to as it rises.

In this lighter souffle, whipped egg whites are folded with fruit puree (skipping the calorie- and fat-laden cream sauce). The recipe I received called for raspberries, but since blackberries were on sale near me, I substituted with those instead. I probably should have increased the amount of blackberries, because I didn't get even the minimum amount of puree called for in the recipe. But still, the souffles had a subtle blackberry flavor, and a beautiful purple color.

One other thing I'd do differently next time is strain the puree to remove the seeds.

See more recipes from the Dessert Swap by clicking the photos below!


More recipes you may enjoy