Butterscotch Krimpets are sponge cakes topped with butterscotch frosting. They originated in Philadelphia, and are a local institution! 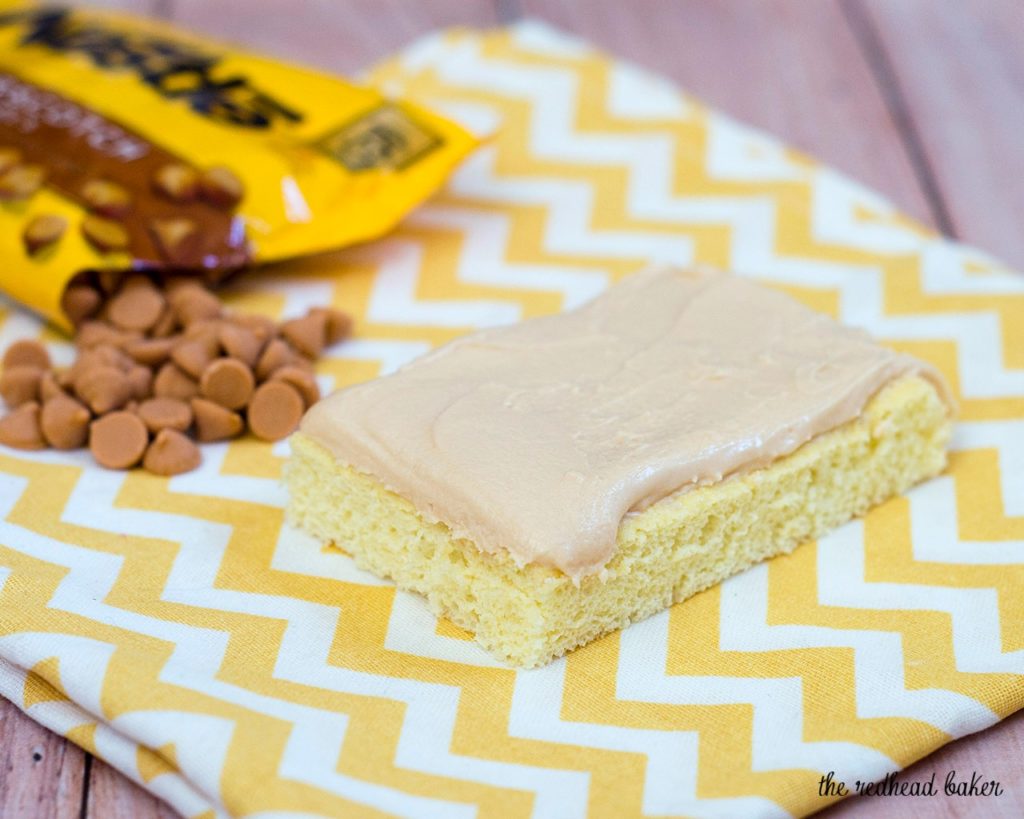 When people move away from Philadelphia, there are a few things they miss. Family, sure, but then there's the food. You just can't get a decent cheesesteak outside of the tri-state area (Southeast PA, South Jersey, and Northern Delaware). The soft pretzels. And a brand of baked snack cakes called TastyKakes.

TastyKakes are moving toward being available nationwide, but for a long time, you'd hear about local families putting together care-packages: shipping cases full of these addictive snack cakes to family that had moved away. 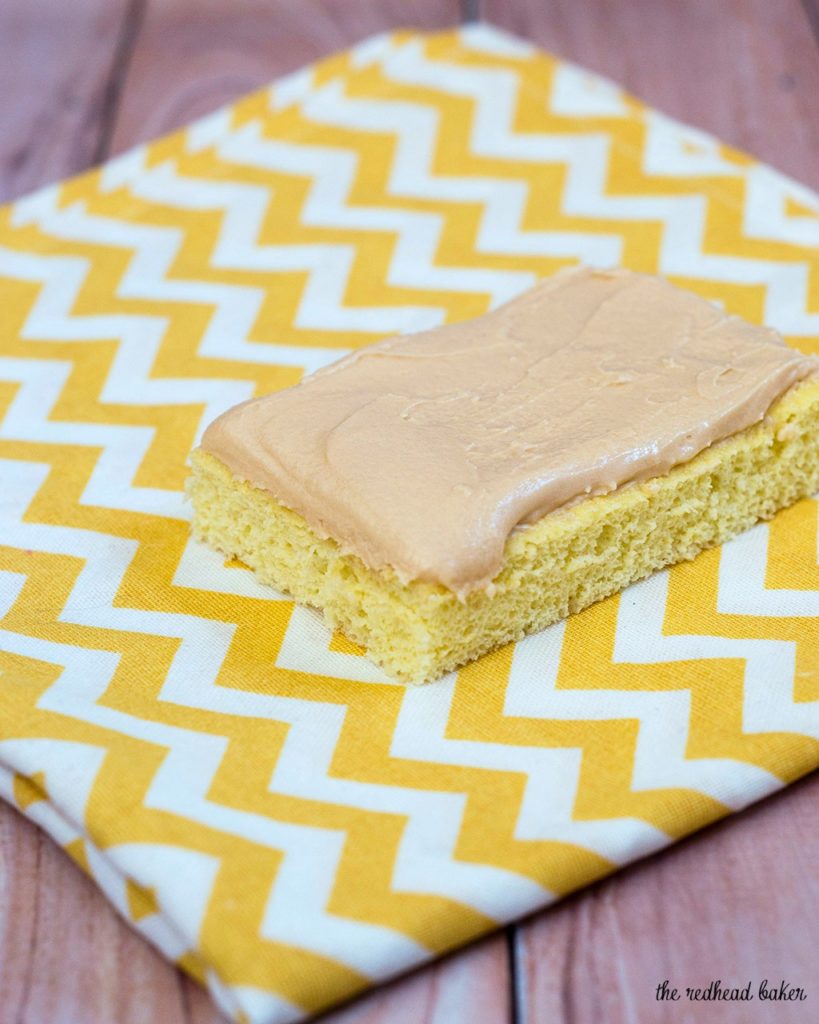 Probably the most popular of their line of snack cakes are Krimpets. The little sponge cakes have a distinctive not-rectangular shape, and a layer of butterscotch frosting on top. It's hard to achieve that shape when making them at home, so I cut mine into plain rectangles.

Sponge cake is different than most other cakes becaues it contains very little fat. It gets most of its rise from whipped eggs. This particular recipe is easiest to make if you own both a stand mixer and a handheld mixer, as the whites and yolks are whipped separately. If you own only one mixer, I recommend beating the whites first, transferring them to a bowl, then whipping the yolks.

The whites will not deflate while you whip the yolks, and if you don't clean the bowl completely, a stray trace of egg yolk will prevent your whites from whipping. 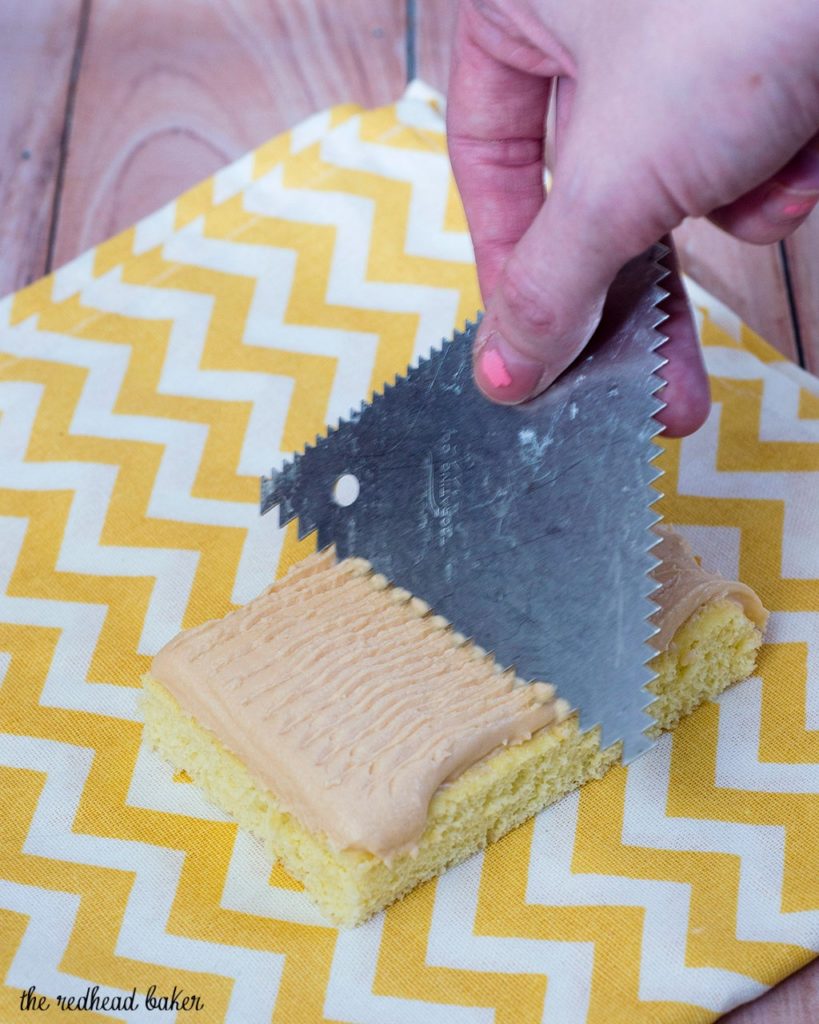 These little cakes can be stored at room temperature for up to a week. I recommend letting them sit uncovered for about 30 minutes to let the frosting crust over, then gently laying plastic wrap over top. This will prevent the frosting from sticking to the plastic.

Kids and adults alike love these cakes. They make a delicious after-school or playdate snack, or pop one into your spouse's brown paper lunch bag for an afternoon treat. 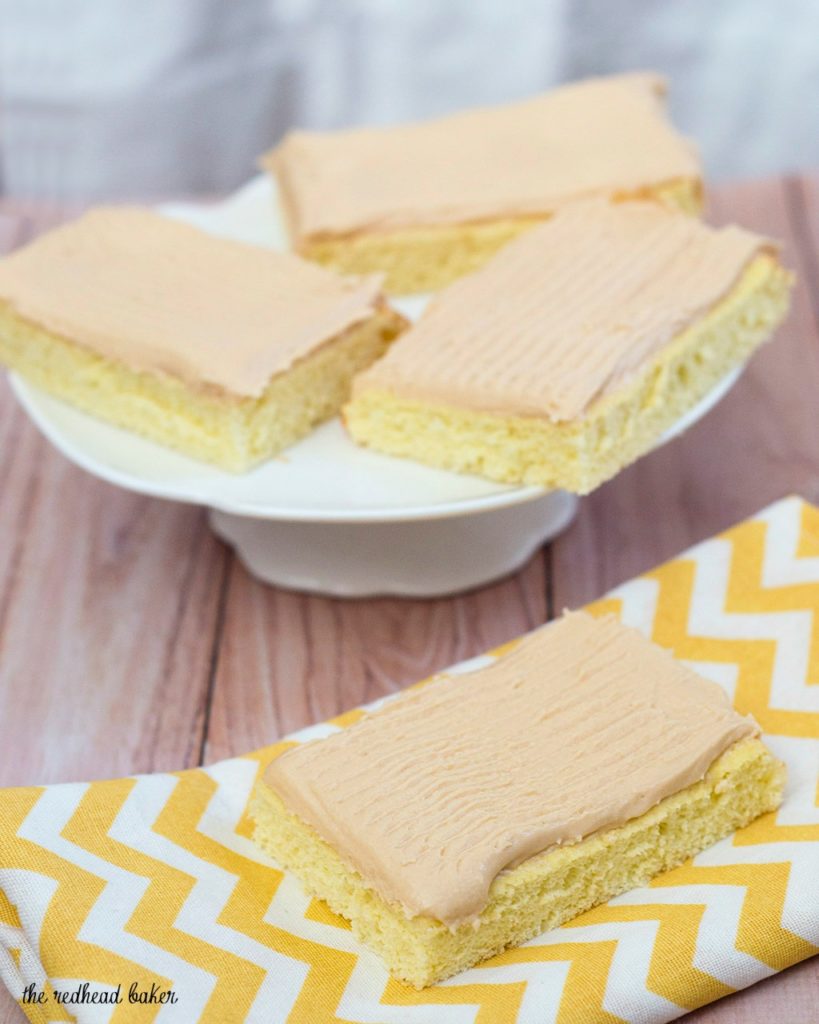 Cake recipe from The Cake Bible by Rose Levy Berenbaum