Creamy pumpkin soup with hints of cinnamon and ginger is my favorite comfort food on a chilly night. 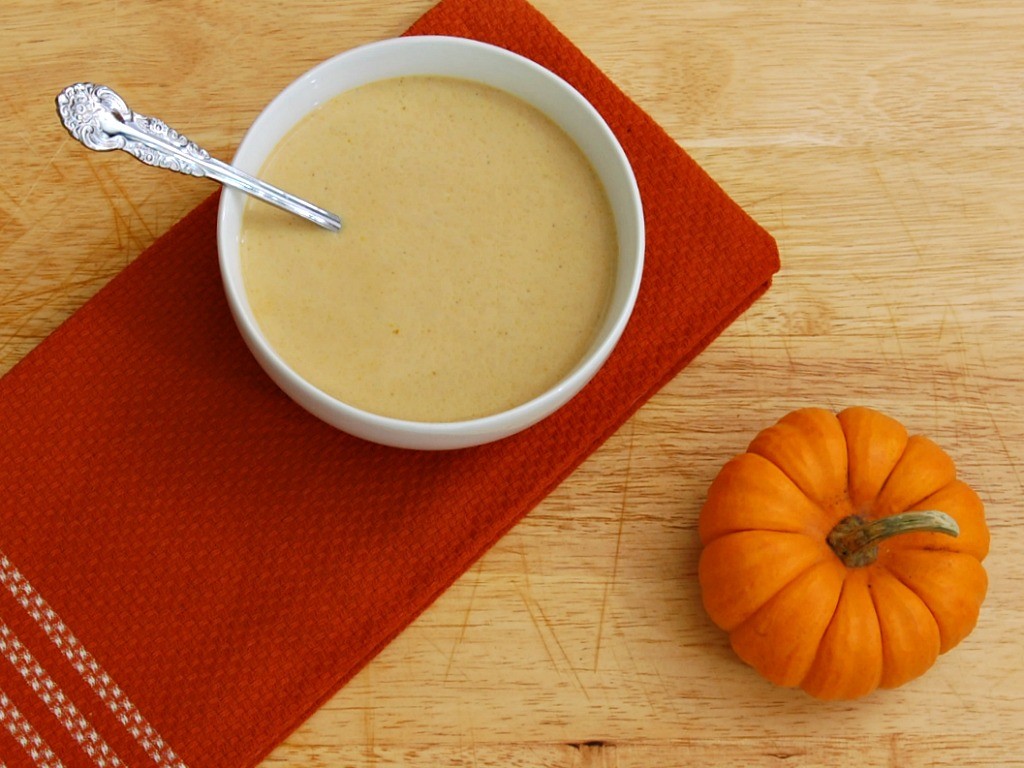 I only recently have come to love soup. Growing up, I was a chicken-noodle-soup-and-nothing-else girl. I've branched out more. Bisques, chowders, creamy soups . . . I'll almost anything once.

While planning to host my first Thanksgiving in 2008, I decided I wanted to serve soup as a first course. About two months before, I had tasted squash-and-pumpkin soup for the first time, and really enjoyed it. I found a highly-rated recipe for cream of pumpkin soup on AllRecipes.com. I served it as my first course, and everyone loved it! I blogged about it almost two years ago, and it's always been the first soup recipe I make each autumn.

Each time I cook it, I make a few modifications to make it even better, so I've decided to share it with you again. As written below, the recipe makes 6 main-course servings, or 8 first-course servings. I always double the recipe, and freeze some to eat later. If doubling, you'll need a large stockpot to accommodate cooking the soup. I usually serve it with a loaf of warm, crusty French bread.