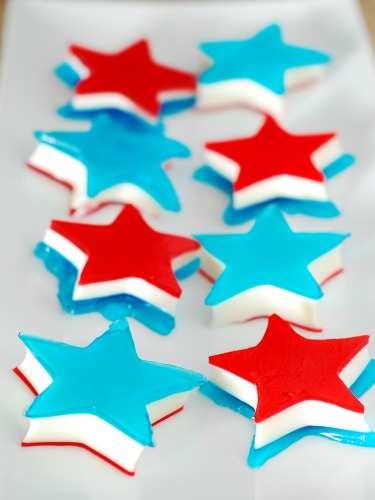 For Liam's daycare snack-share this week, in honor of the Fourth of July, I made these adorable layered Jell-O snacks. I got the idea after attending a Dr. Seuss-themed birthday party of one of his daycare classmates. That was the first time Liam ever tasted Jell-O, and he loved it.

These look difficult, but they're not hard to make. They are time-consuming, however, since you need to wait for the mixture to cool before pouring, and then set before adding the next layer, so plan to make these a day ahead of when you plan to serve them. 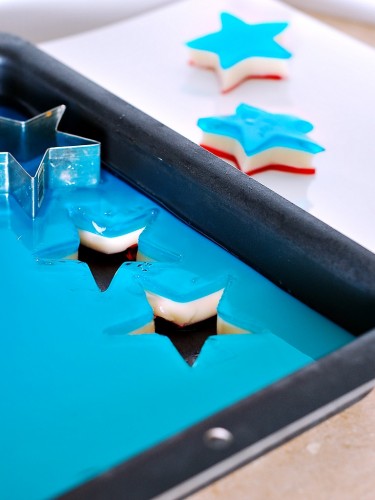 For Liam's daycare class, I just cut the layered Jell-O into squares. But I thought it would be fun to make another pan and cut it into shapes using a star-shaped cookie cutter.

If you don't want to use sweetened condensed milk, you can substitute an equal amount of yogurt or sour cream for the white layer.

Feel free to experiment with different colors for other occasions, or using different cookie cutter shapes! 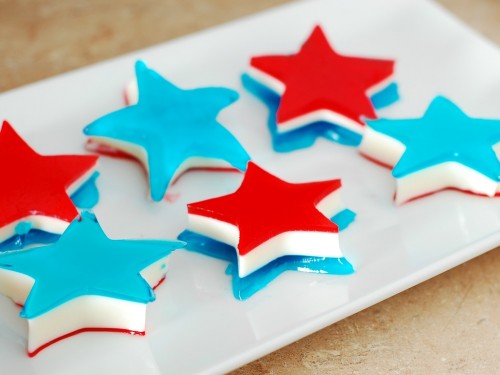