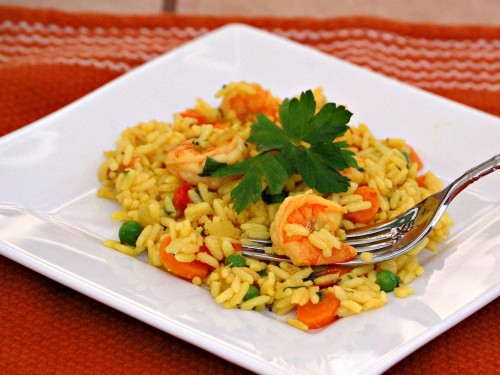 Before I get to the food, I want to express my sincerest thanks to everyone who commented on Monday's post. We're still trying to make sense of our loss, and I'm still a crying mess more often than not, but having people reach out, even just to say, "I'm sorry," or "we're thinking about you" means the world to us.

Life will never go back to "normal." Instead, we have a "new normal." And in this "new normal," well, we still need to eat. During the first week A.T.L. (after the loss), I had no interest in cooking, and no interest in eating. I wasn't allowed to leave the hospital until I had proven that I could keep food down (a standard "test" after undergoing any form of surgery). My nurses understood that my lack of appetite was due to grief, and not a physical side effect of the surgery. I ate a few graham crackers and drank a cup of ginger ale.

Now, however, I find comfort in the ritual of cooking. It's familiar. It's distracting. So, I made a meal plan and we went on a huge grocery shopping trip. Shrimp were on sale; we hadn't had shellfish in forever. I had a suspicion that Liam wouldn't eat the shrimp, but I was hoping he'd at least eat the rice.

I chopped all of the veggies and peeled the shrimp after our shopping trip, and put everything in the refrigerator. On Monday evening, it was so quick and easy to throw this dish together. Bonus? It's a one-pot dish. Less mess to clean up afterwards!

I made only minor changes to the ingredients, but one rather major change to the original recipe's instructions. A few reviews commented that the recipe called for adding the shrimp too early. I followed their suggestion of adding them at the end with the peas, and the shrimp came out cooked perfectly.

This meal was very flavorful. And most importantly: LIAM ATE VEGETABLES! He did not want to sit in his high chair, but instead, happily went back and forth between our tray tables (we can't fit a kitchen table in our apartment) with his little fork, eating from both of our plates. 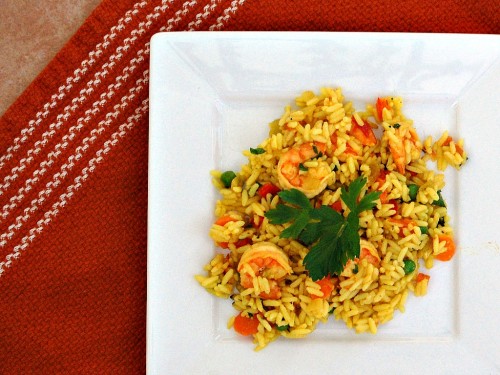