Strawberry shortcake cupcakes are an easy dessert that kids and adults alike will enjoy. Bake the cupcakes and macerate the strawberries ahead of time, then top with whipped cream and strawberries just before serving. 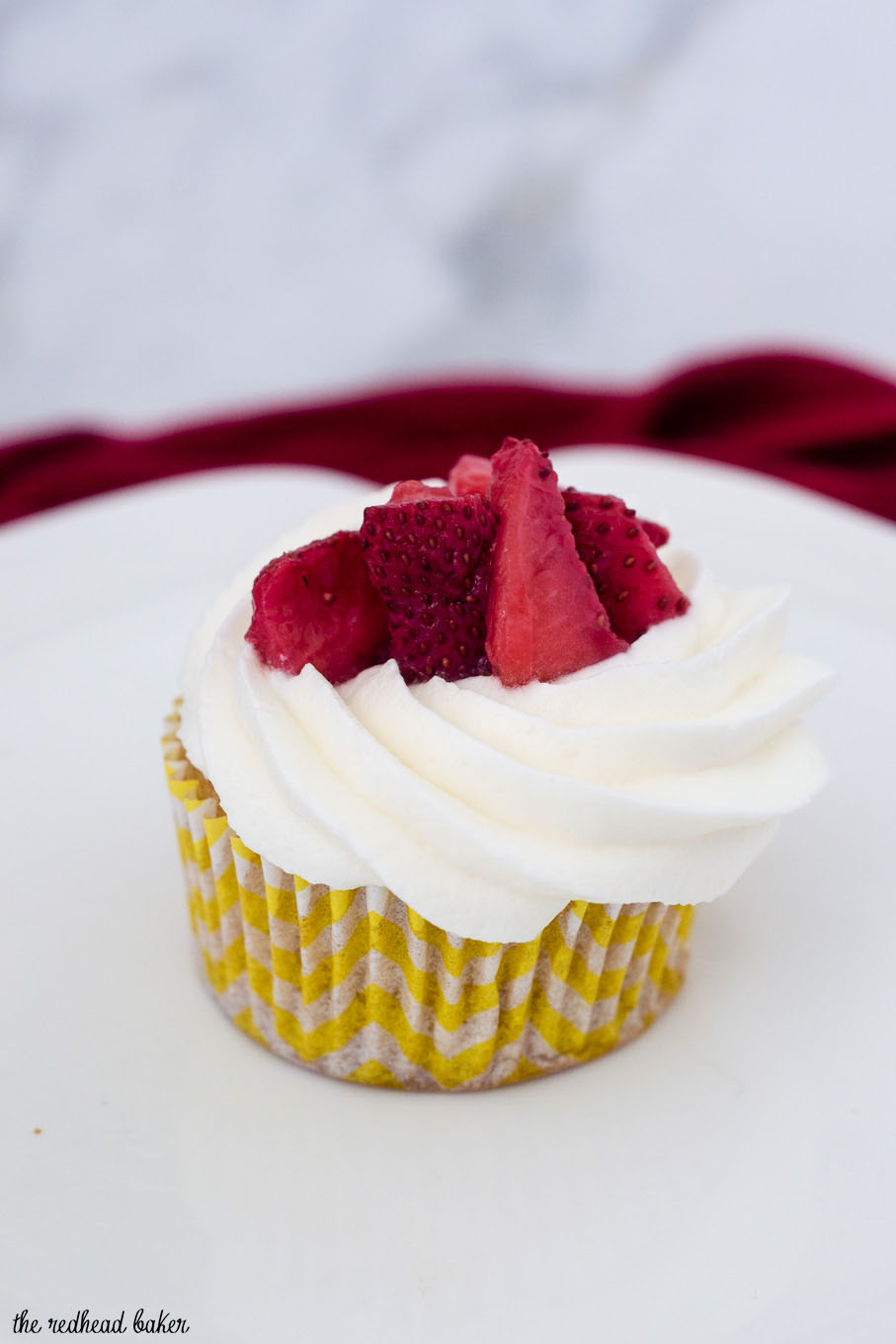 Strawberry shortcake reminds me of my maternal grandmother. It was at her house that I first had the dessert. I've mentioned in past posts that even when she was expecting four people for dinner, she'd have dessert for eight.

A strawberry shortcake cake was usually one of those desserts, particularly in the summer. They were usually store-bought, and while the cake and whipped cream were good, the syrup on the strawberries was usually sickeningly sweet. 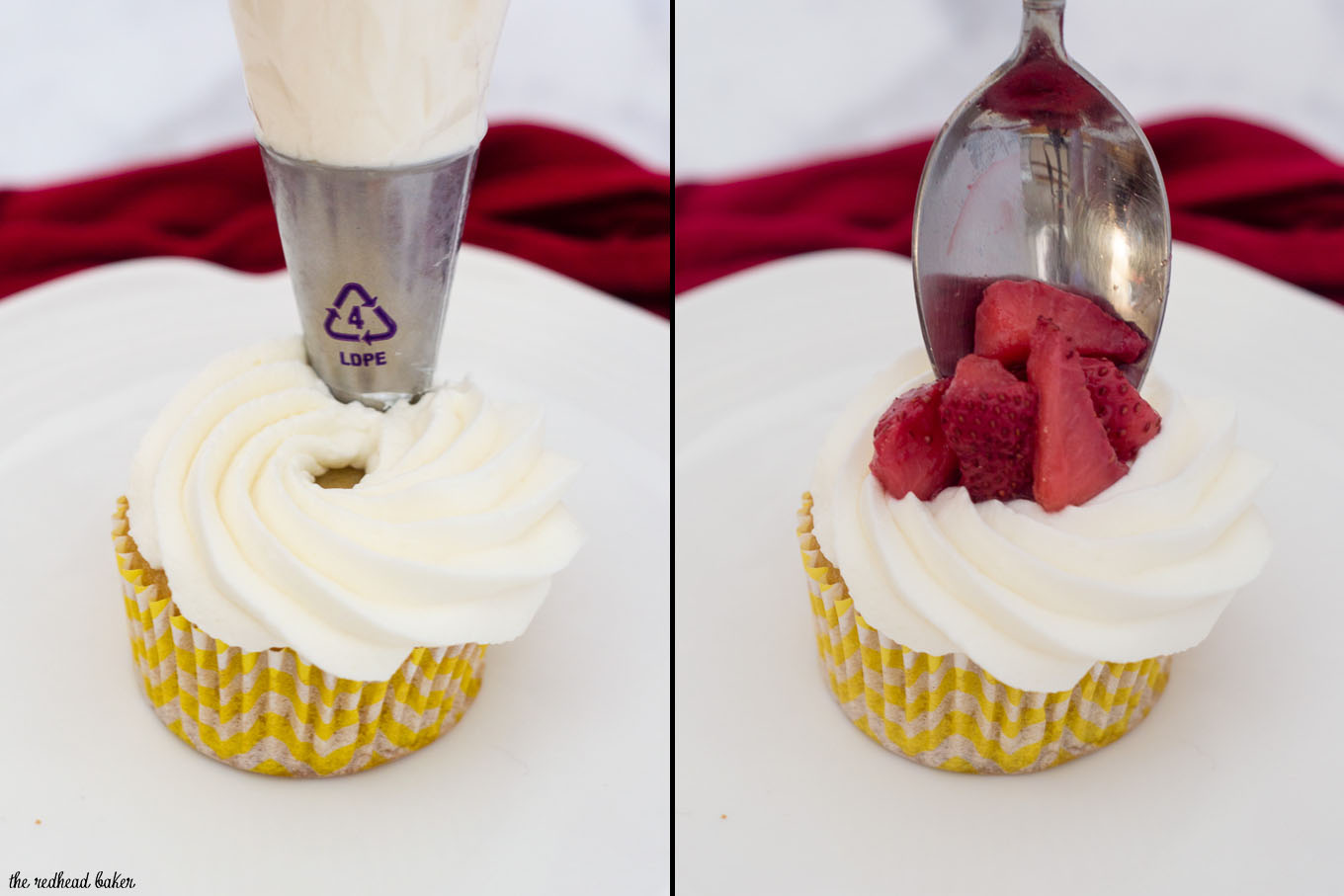 I found myself craving cupcakes recently, and thought about what flavor to make. Strawberries were on sale, so I decide on strawberry shortcake cupcakes. I'm sure I'm not the first person to "invent" strawberry shortcake cupcakes, but this is the version that I "developed" on my own using my favorite cupcake recipe (you can use your own favorite vanilla cupcake instead, if you want). They are so easy, and appealing to all ages. 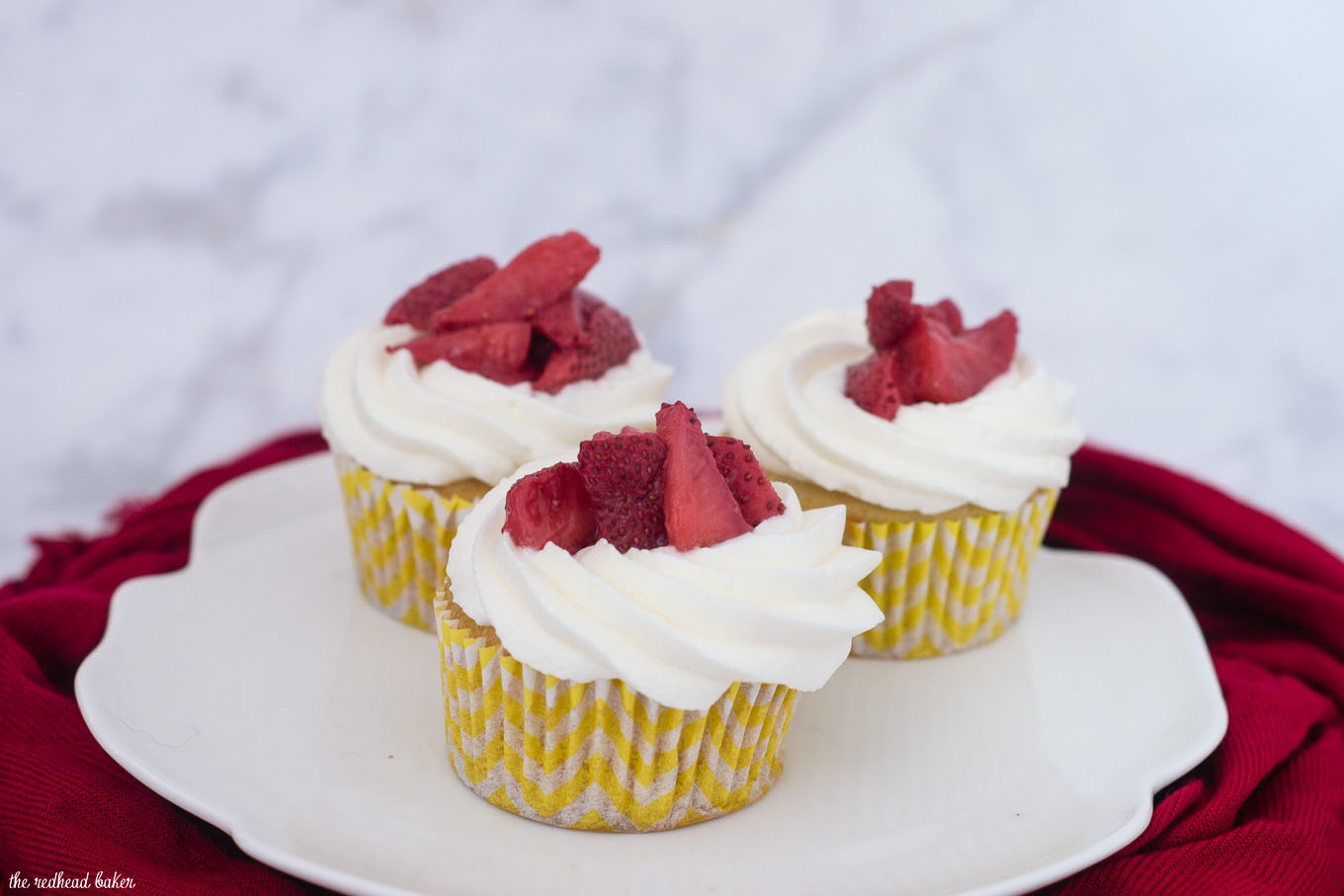 Unless you stabilize your whipped cream, I'd strongly recommend making the whipped cream and assembling the cupcakes just before serving. It shouldn't take too long, and chilling your bowl and whisk attachment before whipping the cream will help it go faster.

Having a piping bag and a star tip will make frosting the cupcakes much easier, but if you don't have those supplies, you can use the plastic sandwich bag trick: place the whipped cream in a sturdy plastic bag, and snip off a corner, then squeeze the whipped cream out of that corner. It won't have the pretty shape that it has from the star tip, but it will still taste delicious!

Pin this recipe for Strawberry Shortcake Cupcakes for later! 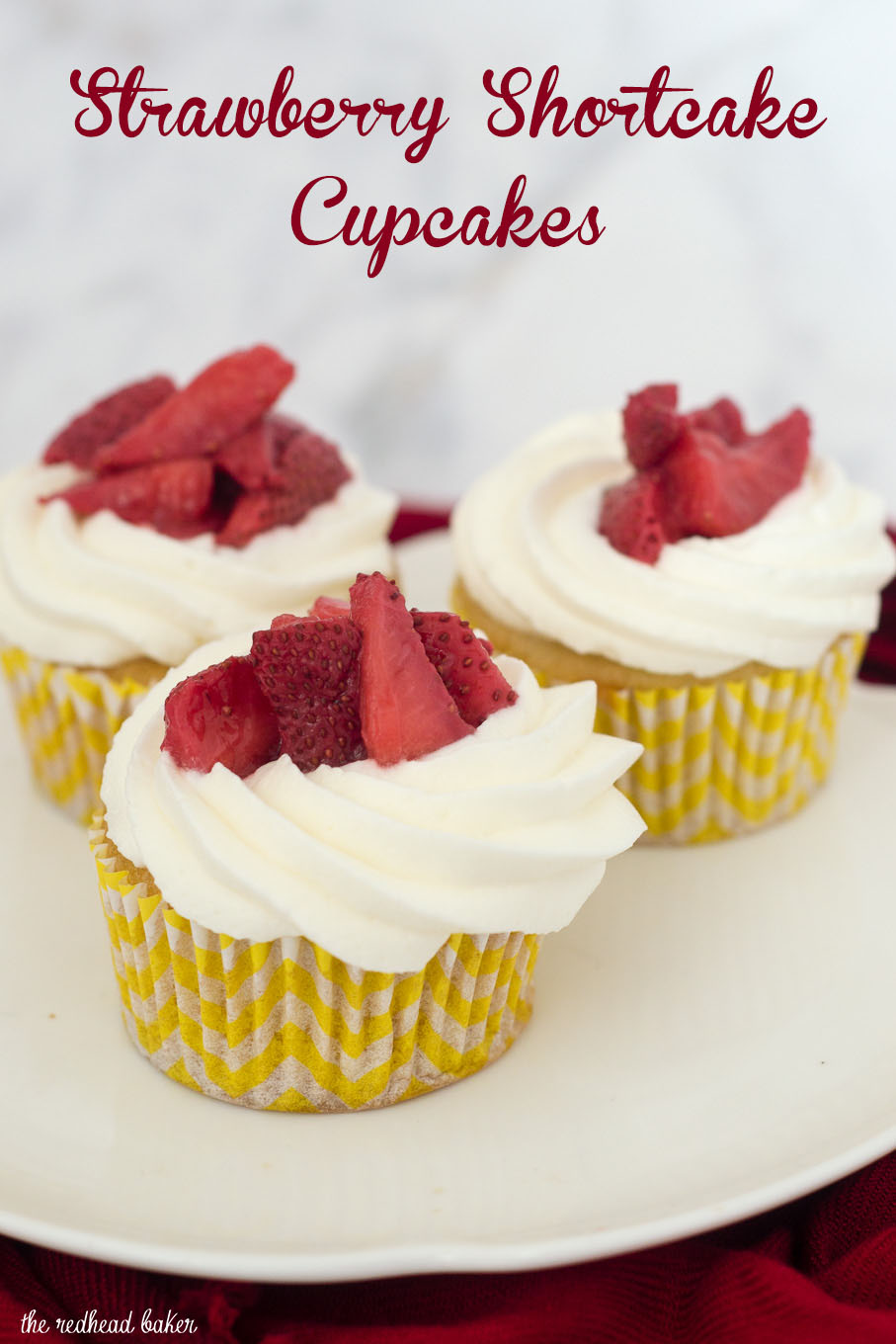