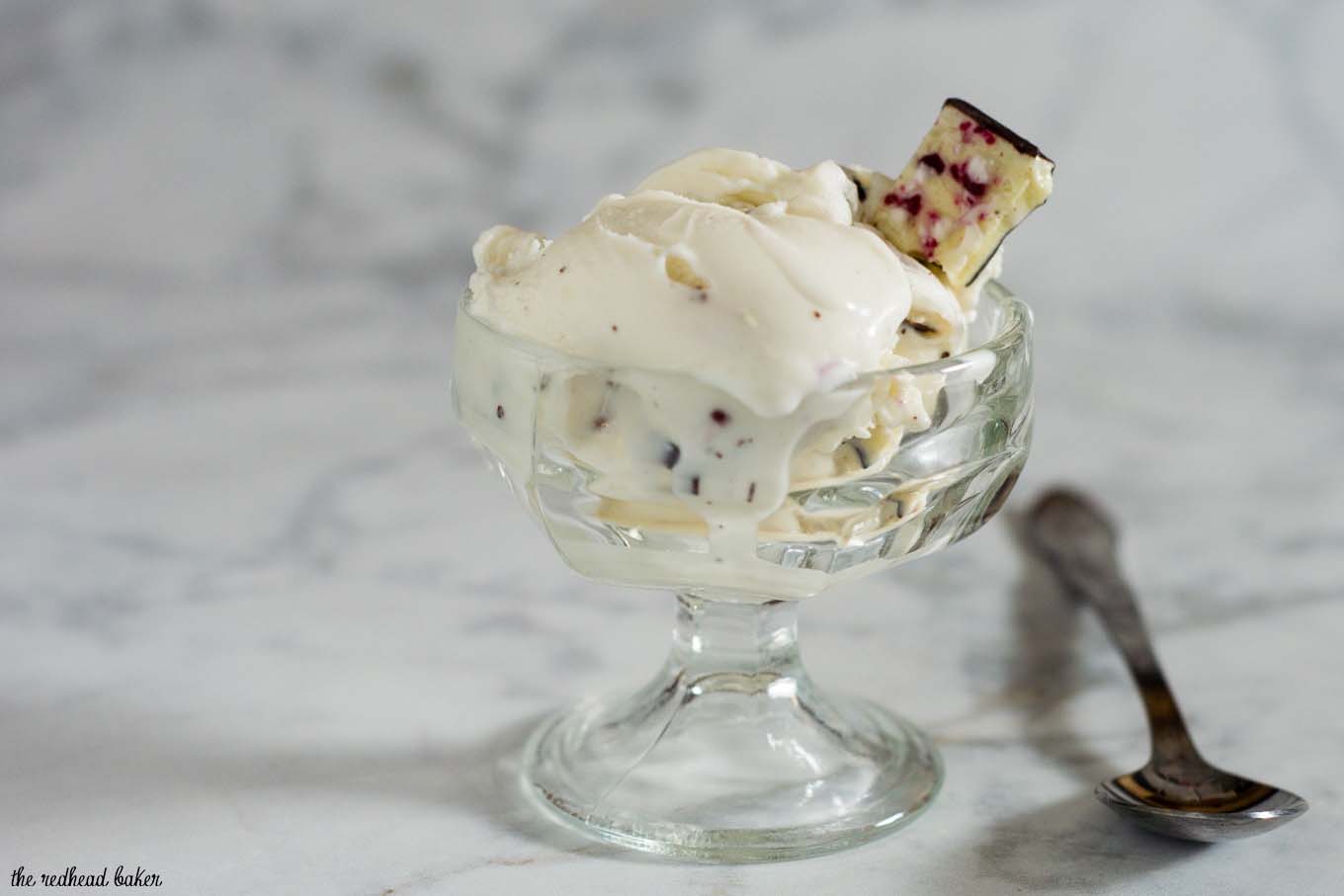 It is everywhere at Christmas time, from grocery stores to upscale kitchenwares stores to even housewares stores! It makes a great hostess gift, and is pretty tasty eaten on its own. 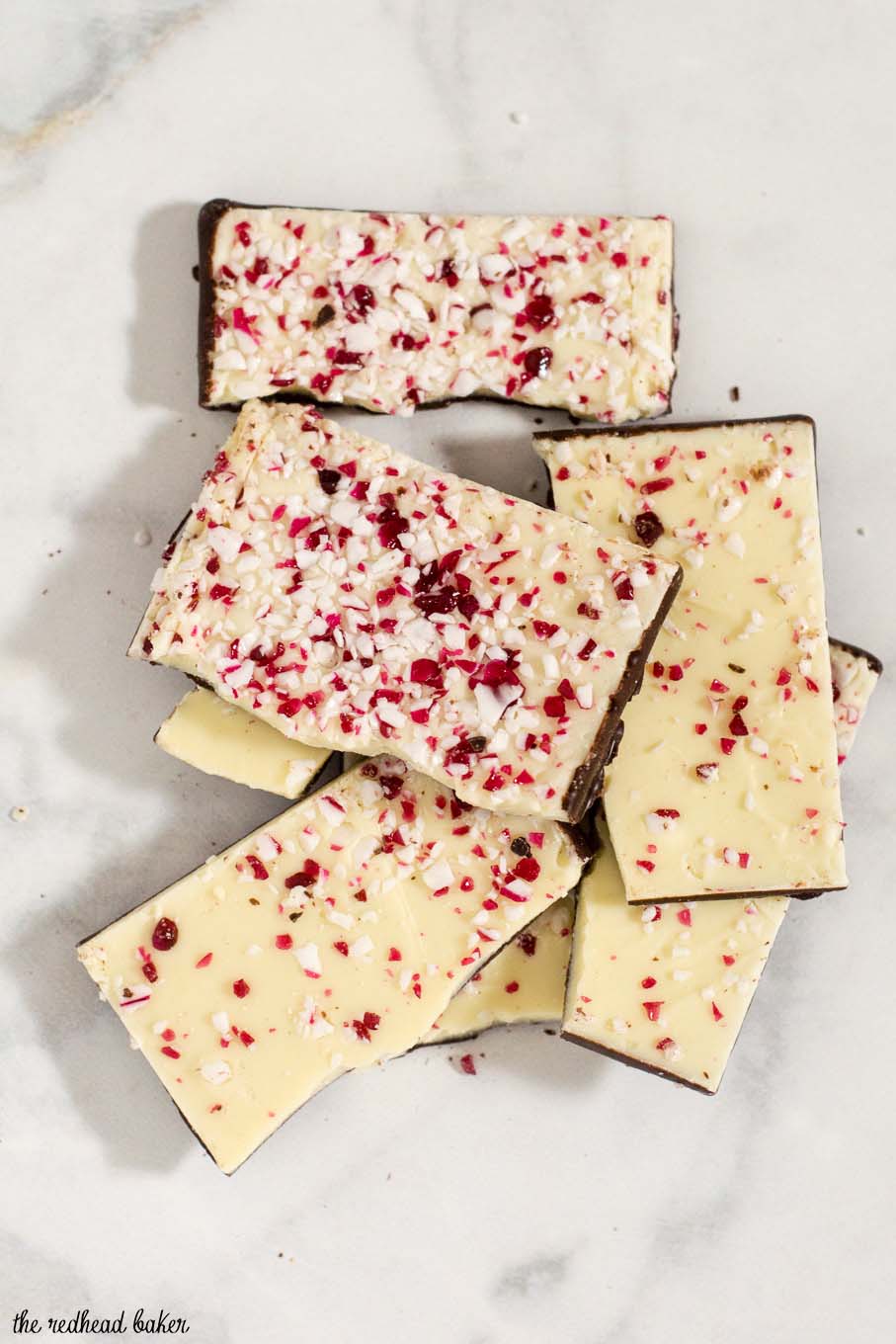 Sometimes, though, you get a package that has broken in transit. I wouldn't want to give broken peppermint bark as a hostess gift, and while I'd be happy to eat it myself as-is, I thought it might be fun to use it in a recipe. Plus, it's fun to crush the larger chunks of bark with the end of a rolling pin.

That recipe happened to be ice cream. Yes, ice cream at Christmas time. I can't be the only one who eats ice cream all year round, right? I origianally tried this with peppermint ice cream, and it was OMG WAY TOO MUCH PEPPERMINT! After tasting it, I felt like I had just brushed my teeth with an entire tube of toothpaste. Plus, Peppermint Peppermint Bark Ice Cream sounds silly. 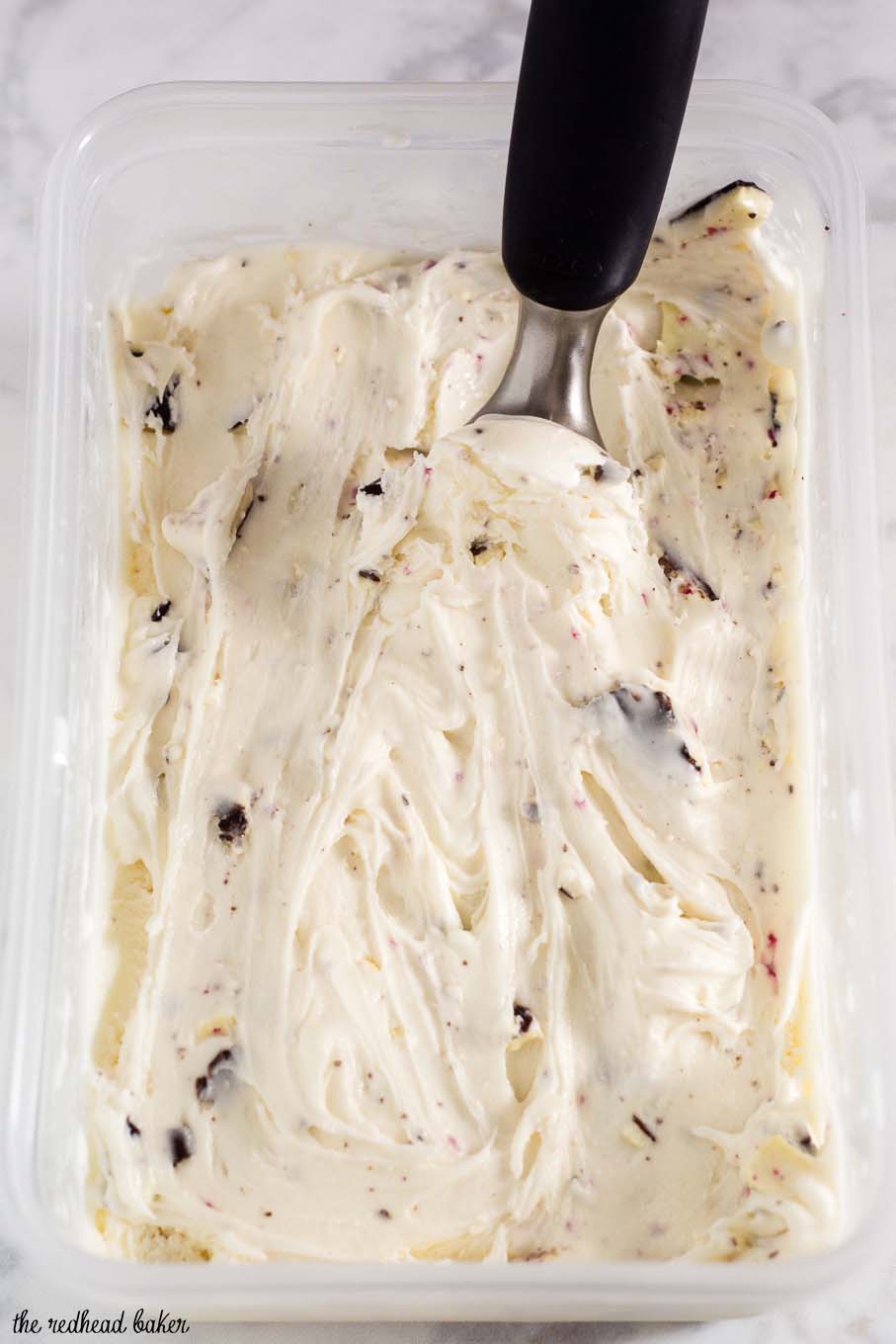 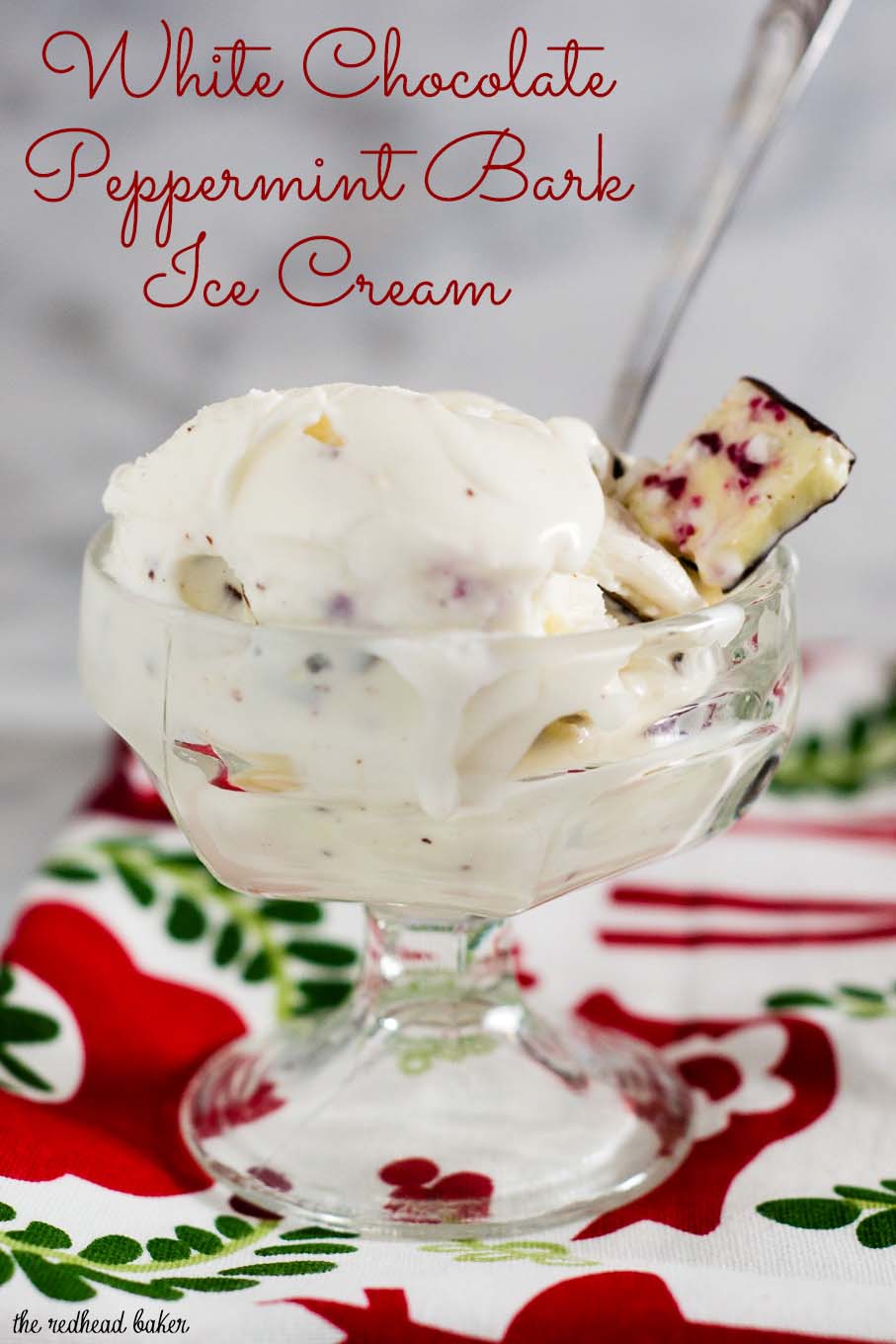