Eggnog pancakes are light and fluffy with the subtle flavor of the traditional Christmas drink, drizzled with nutmeg-infused maple syrup. 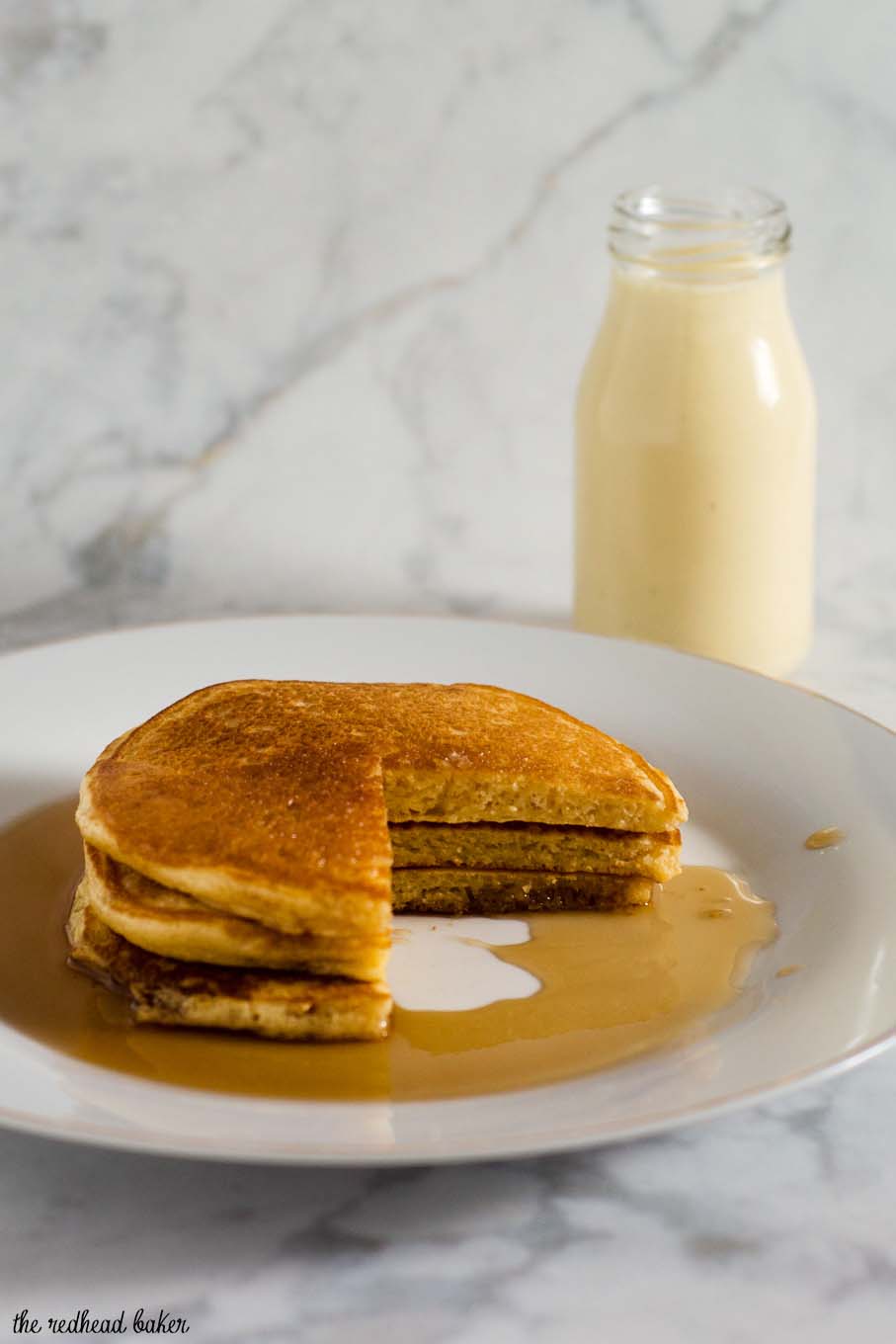 #SundaySupper's eggnog-themed event set me on an eggnog kick. I love eggnog, if you couldn't tell from past posts about eggnog coffee syrup and eggnog pound cake. It's a must-have for the Christmas season!

Also, after Sunday's post about traditional homemade eggnog, someone told me about eggnog with cinnamon-flavored whiskey. It's so delicious, I don't think I'll ever drink eggnog without it again! 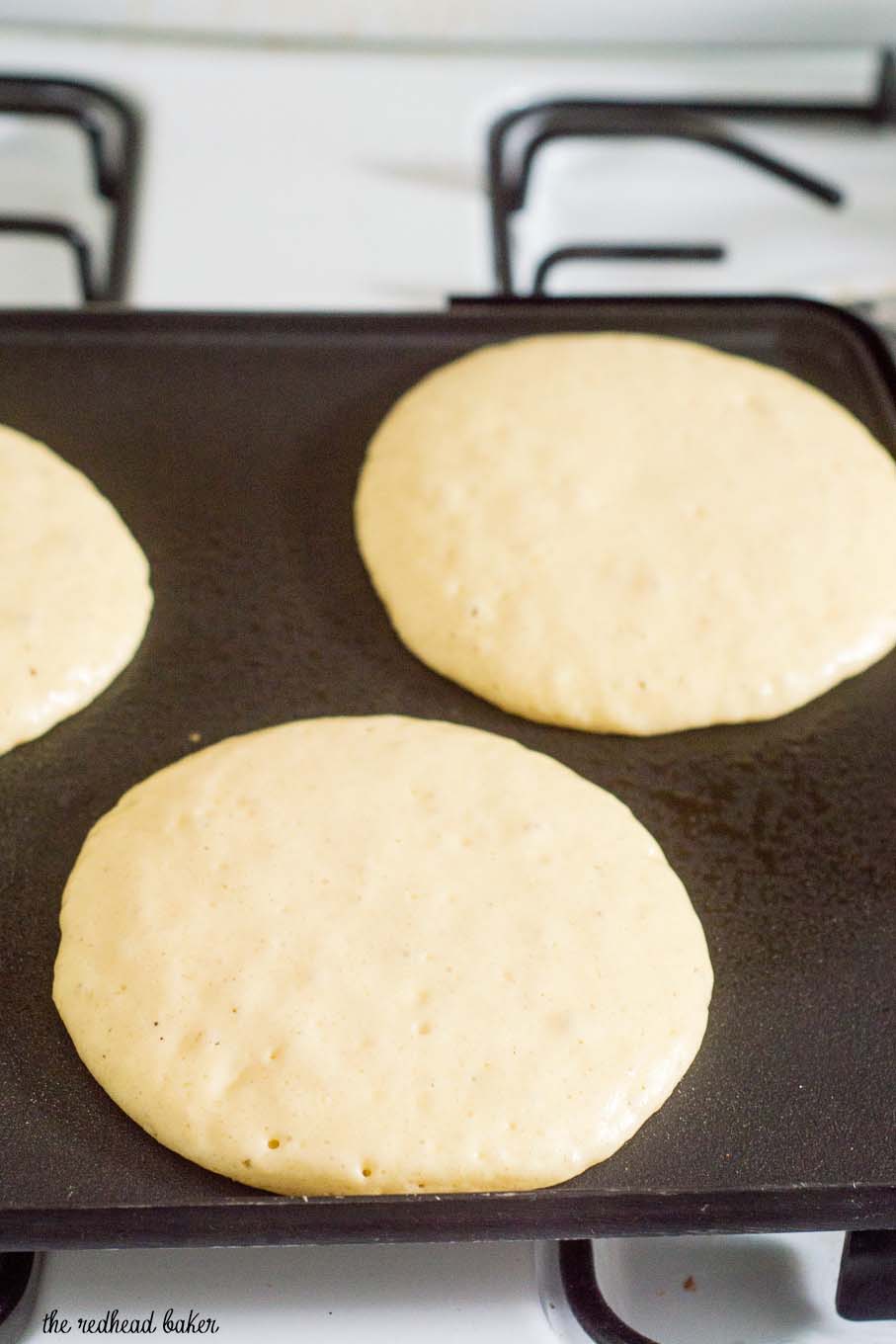 It's important to keep the wet and dry ingredients separate until just before you're ready to cook the batter. Most baking powder is "double-acting," which means it is activated first when moistened by the wet ingredients, and again when it is cooked. If you mix the batter, and let it sit while the pan preheats, you get dense, gummy pancakes because the gas created by the first activation has escaped into the air. 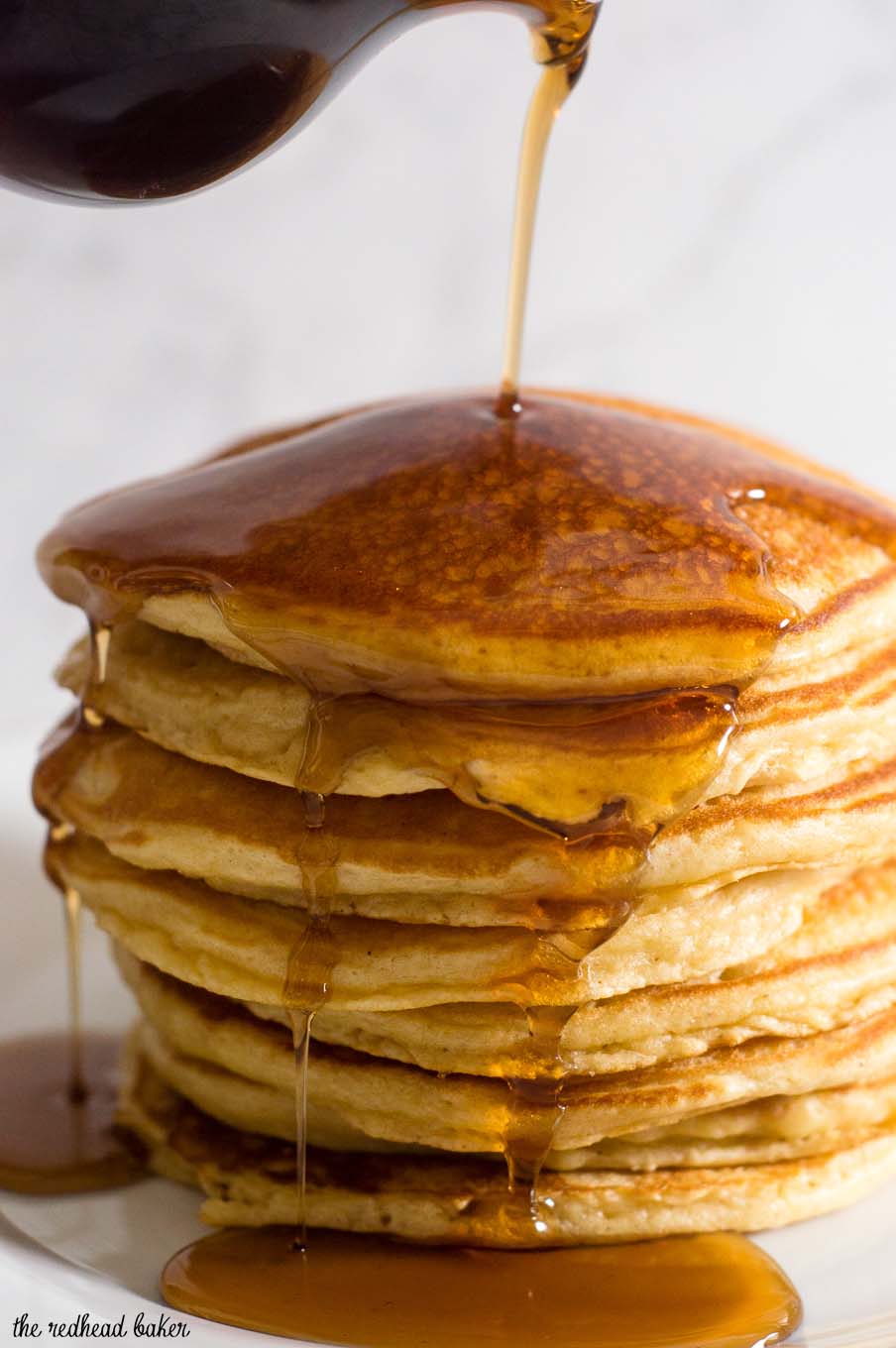 The icing on the cake is the syrup. The addition of nutmeg is contrasts with the sweetness of the syrup, and highlights the subtle flavor of eggnog in the pancakes. If you're not a nutmeg fan, use a cinnamon stick, or a whole clove or two instead. Or be really adventurous and use all three!

These pancakes are a family favorite on Christmas morning after the presents have been opened. The leftovers freeze nicely, and the maple syrup can be kept for up to a week in an airtight container in the refrigerator. 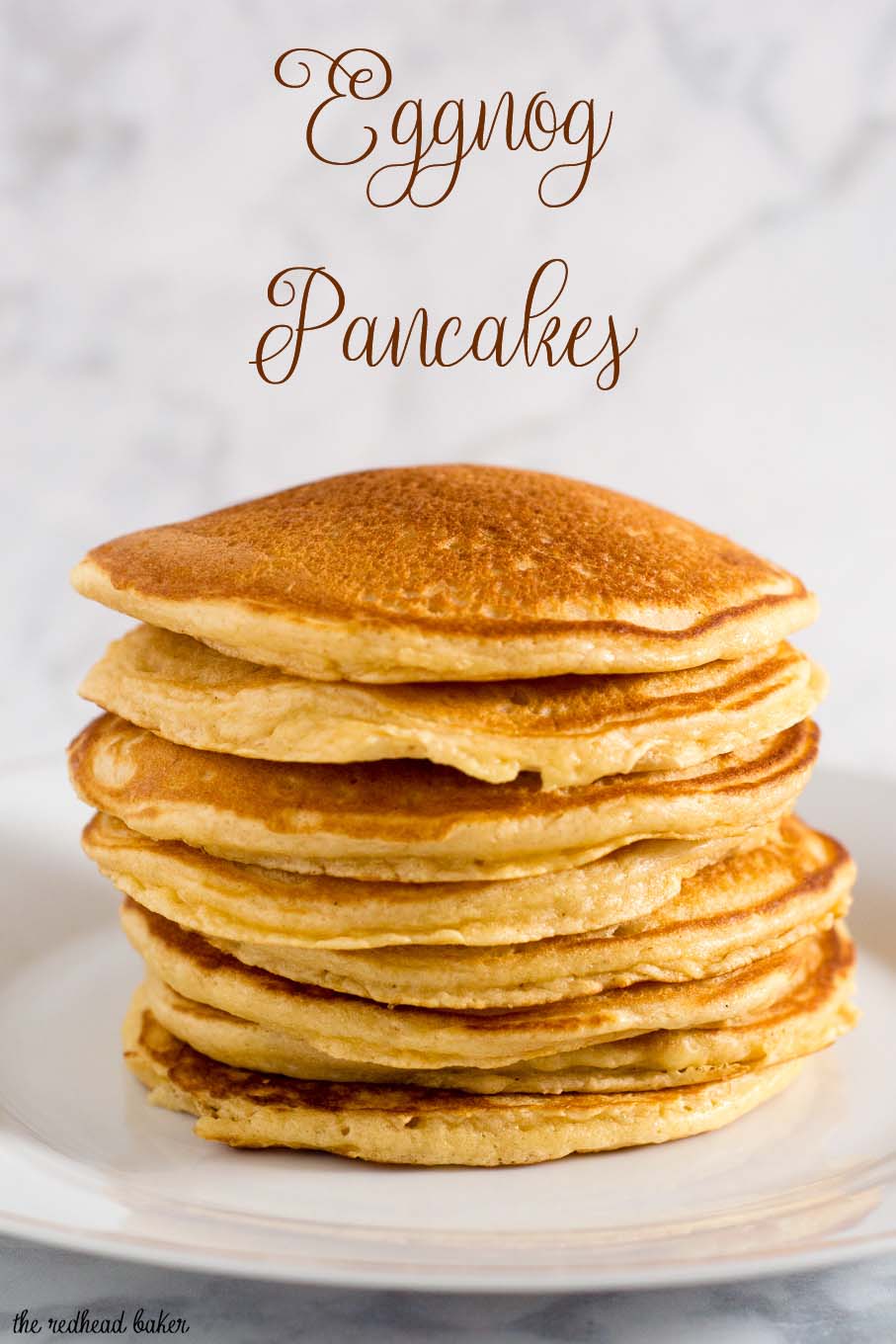