Snack on baked churros dipped in dulce de leche this Cinco de Mayo! This pastry is traditionally fried, but this slightly healthier baked version is just as tasty. 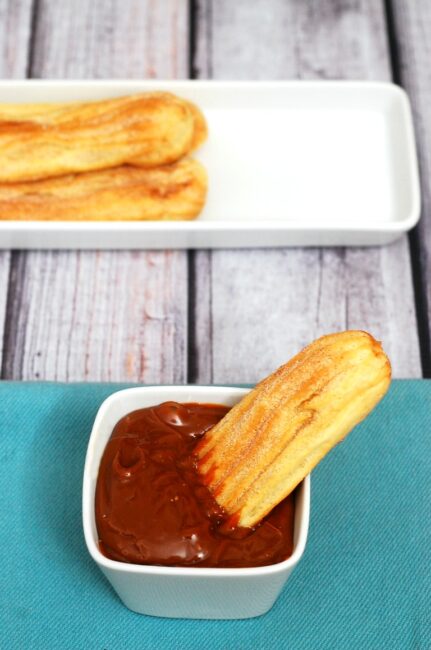 For Mother's Day two years ago, Dave took me to a Cuban tapas restaurant, and we had a fantastic brunch. The first dish that I ordered was churros. If you've never experienced churros, you must. It's a fried pastry, similar to funnel cake except it's typically a long stick shape, then rolled in cinnamon sugar and served with chocolate sauce or dulce de leche.

Given my love of funnel cake and other fried pastries (um, hello, doughnuts), it's no wonder I love churros. Deep frying at home is a bit of a pain, though — it takes a bit of time for the oil to get up to temperature, plus, you know, the safety risks of deep-fat frying. Oh, and the unhealthiness (is that a word?) of fried food. 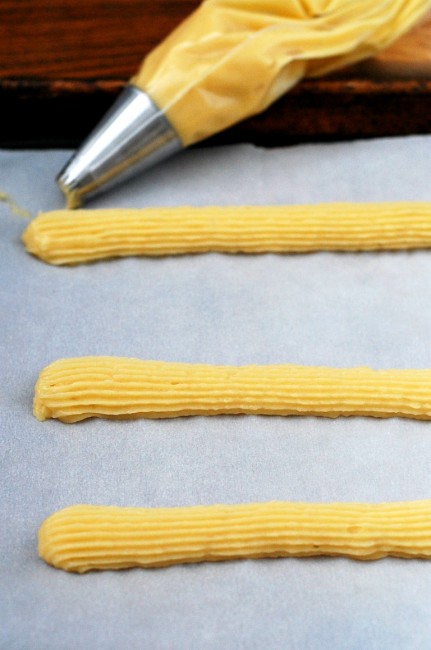 Baked churros do not turn out as crispy as traditional fried churros, but I followed the advice of Sprinkle Bakes to toast them under the broiler for a few seconds. Give these churros a roll in some cinnamon sugar while they are still hot, or else the sugar won't stick. These treats are best eaten the day they are made, but if there are any left over, store them in an airtight ziptop bag, and given them a few seconds under the broiler again to crisp them up before devouring, I mean, enjoying. 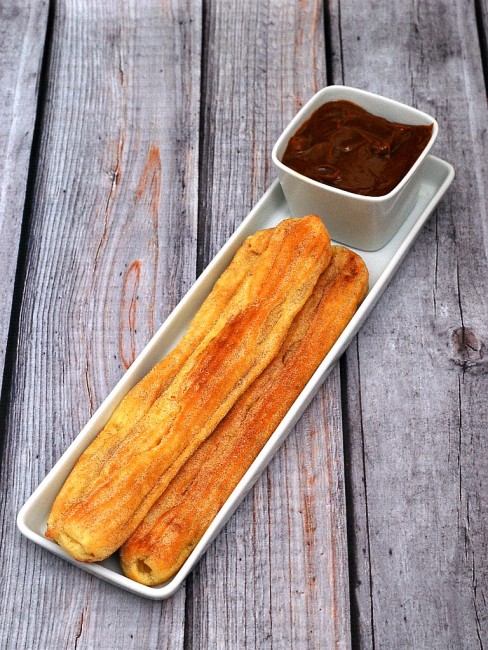