This post is sponsored in conjunction with AppleWeek . I received product samples from sponsor companies to aid in the creation of the AppleWeek recipes. All opinions are mine alone. 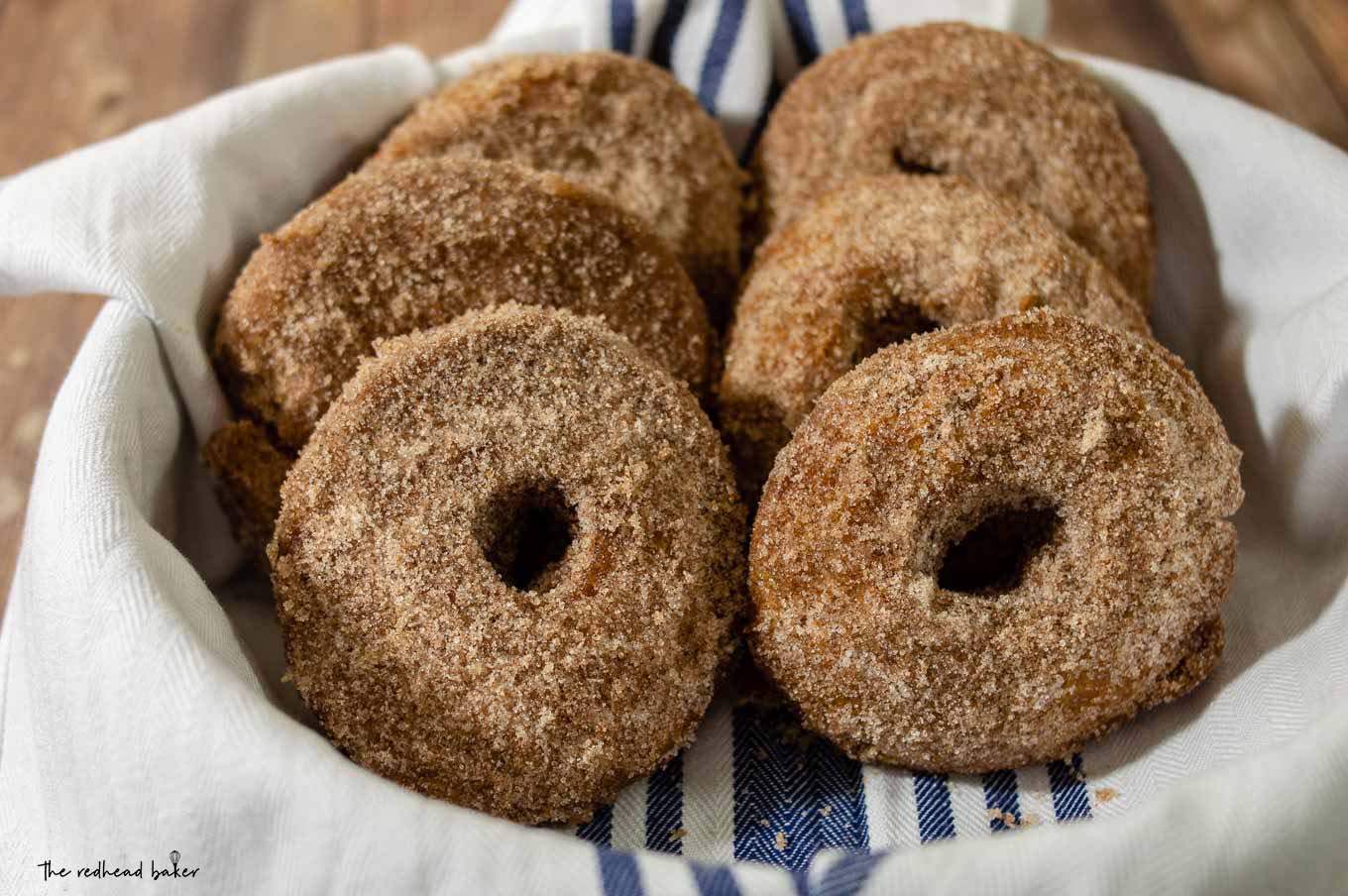 It is officially fall as of this past weekend, and this week, we're celebrating an autumn staple: apples! All apple recipes, all week long! Almost 50 bloggers are sharing recipes both sweet and savory using apples, apple juice, apple cider, apple butter, or apple sauce!

Apple cider doughnuts are a relatively recent discovery for me. As a child, we would pick out pumpkins from a local farm that had already been cut from the patch and brought to the front of the farm and arranged on wooden tables where you'd pick out the one you want. There were no hayrides or petting zoos or anything. Pick your pumpkin and go home.

With our son, however, we go over to a farm in New Jersey, with hayrides to the pumpkin patch, corn maze, petting zoo, playground, a live band, and more activities. There is also a farmers market, with pies, fresh pasta, jams and jellies, and best of all, fresh cider doughnuts.

Honestly, I don't know who gets more excited to go pick pumpkins, me or my son. My poor husband just humors us and comes along for the ride. He'll never admit it, but I think he looks forward to the cider doughnuts, too. 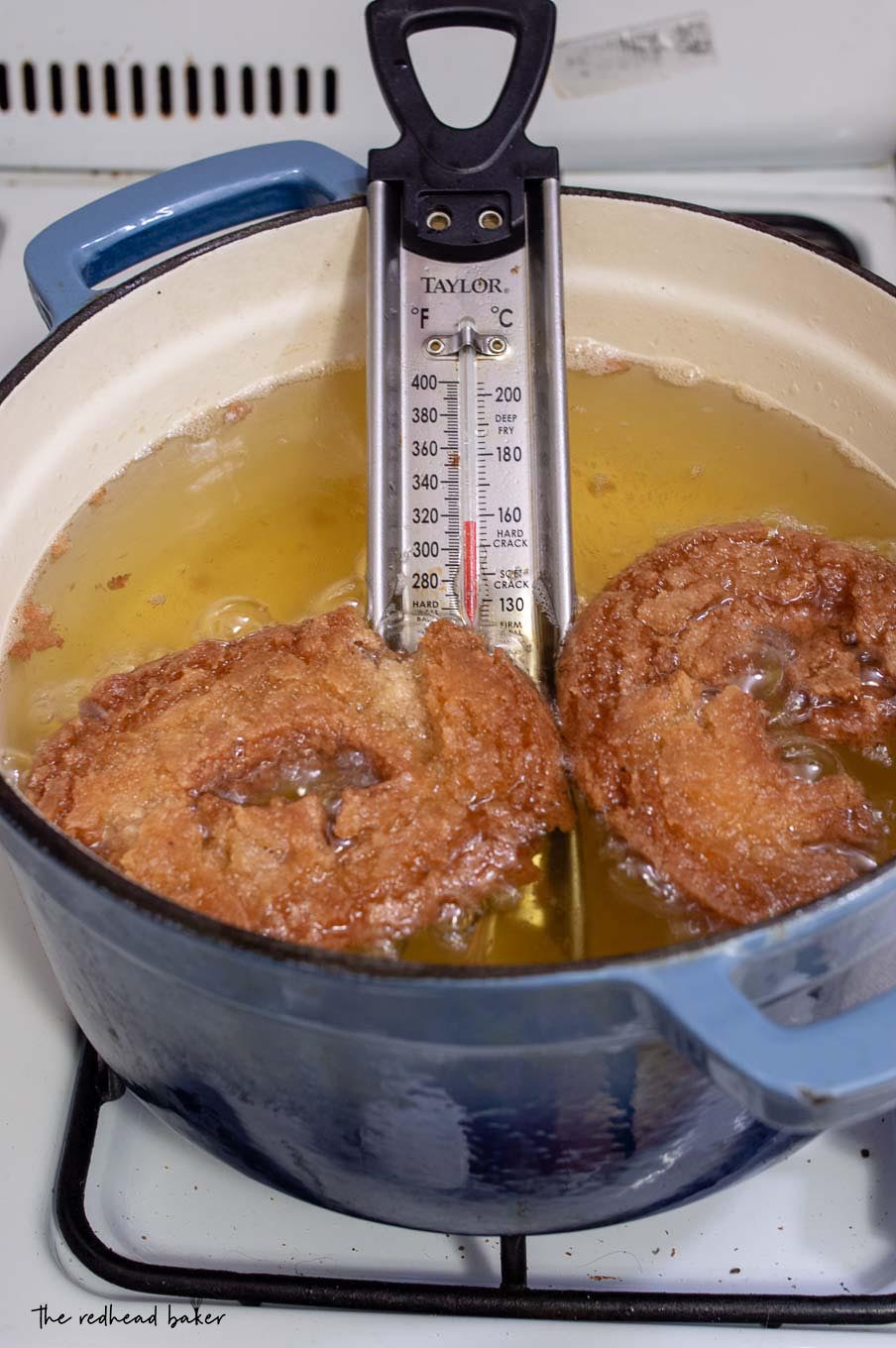 Now that I can make them at home, maybe I won't feel like I have to eat three when we go pick pumpkins, because I know it won't be the ONLY time I get to eat them that season. Maybe I'll still eat three anyway, because they are SO delicious.

Now, this dough is VERY sticky. You might think you haven't added enough flour, but do NOT add more to make it easier to work with. If you do, once the doughnuts are fried, they will become very dense and chewy, not light and fluffy like good cider doughnuts should be.

It is best to work with well-floured hands, and COLD dough. Don't try to use a rolling pin, just pat the dough to a roughly even layer with your hands. Make sure to pop the cut doughnuts and holes into the freezer for 5 minutes before frying, because if the dough is too warm when it hits the oil, the doughnuts will break when you try to flip them.

One final tip: NEVER pour used oil down your sink. You can actually use frying oil at least twice. Filter it through cheesecloth before using a funnel to pour it back into its original container. Once you've used it twice, funnel it back into its original container, tape the lid so it doesn't twist off, and put it out with the trash. Alternatively, you can find out if you have an oil recycling program in your area. 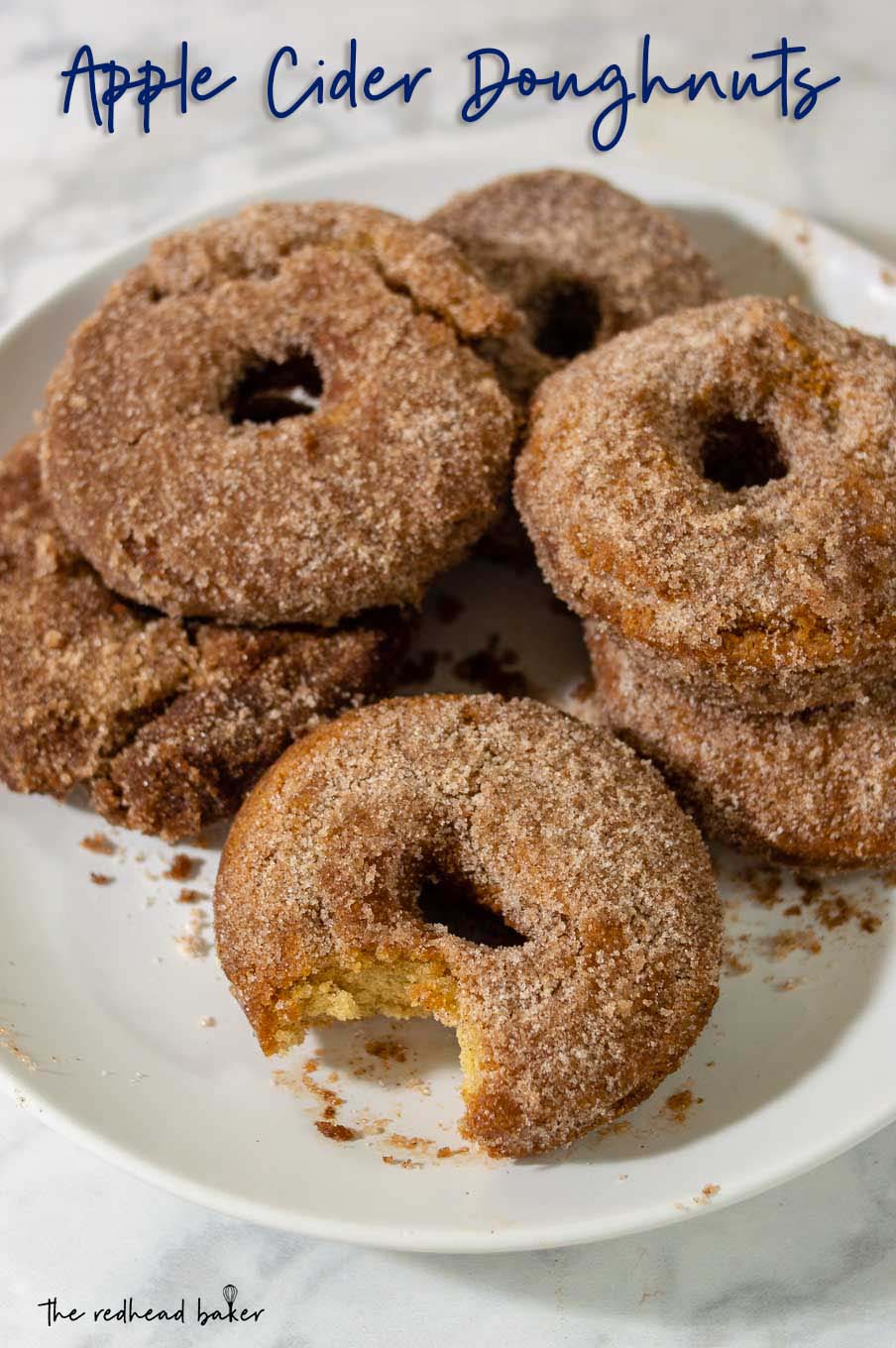 Disclaimer: Thank you AppleWeek Sponsors: Swiss Diamond, Nordic Ware, Envy Apples, Imperial Sugar, The Spice House, Rodelle Vanilla, Flahavan’s Irish Oats and Nairn’s for providing the bloggers with samples and product to use for AppleWeek recipes. All opinions are my own.