This post is sponsored by Melissa's Produce. All opinions are my own.

Fennel is often-overlooked fall vegetable with a slight licorice flavor. Cream-braised fennel and potatoes is a decadent side dish perfect for Thanksgiving. 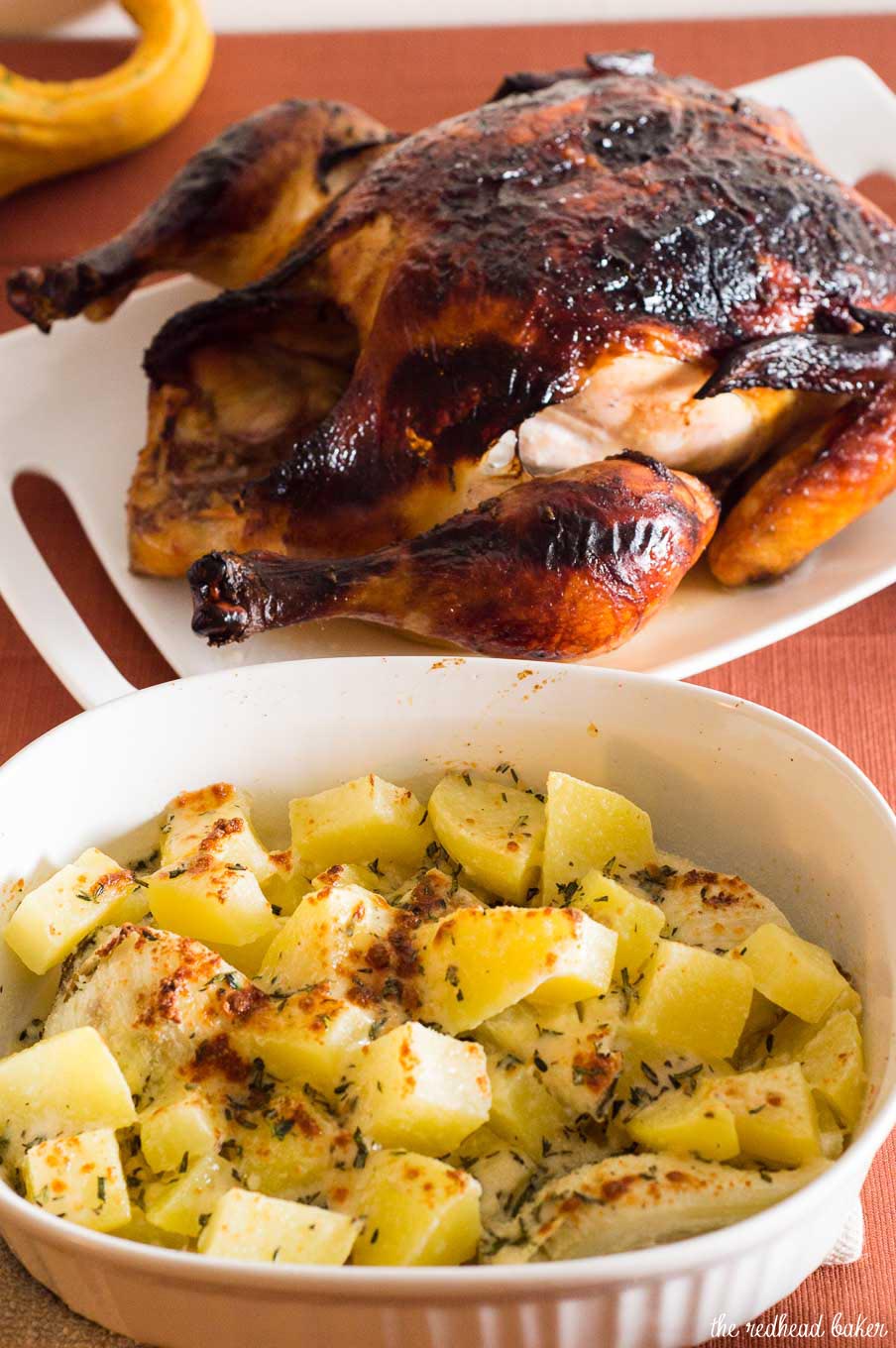 While Spring produce seems to get the lion's share of attention — think pea shoots and fiddlehead ferns — Fall's fabulous produce is sandwiched between the glut of pumpkin recipes for Halloween and the sweets-heavy holiday season. So, this year, a dozen food bloggers have gathered to share recipes and ideas that celebrate the #FabulousFallBounty. Many thanks to our event sponsors: Silpat for a handy silicone mat; Le Creuset for a lovely serving platter; and Melissa's Produce for providing the bloggers with a beautiful box of goodies.

We hope you enjoy our creations using fingerling potatoes; delicata, butternut, and acorn squashes; garlic and shallots; roasted chestnut and steamed beets; fennel and celery root; pears and so much more! Keep an eye on these blogs (in addition to my own!) for inspiration as we rush towards Thanksgiving... 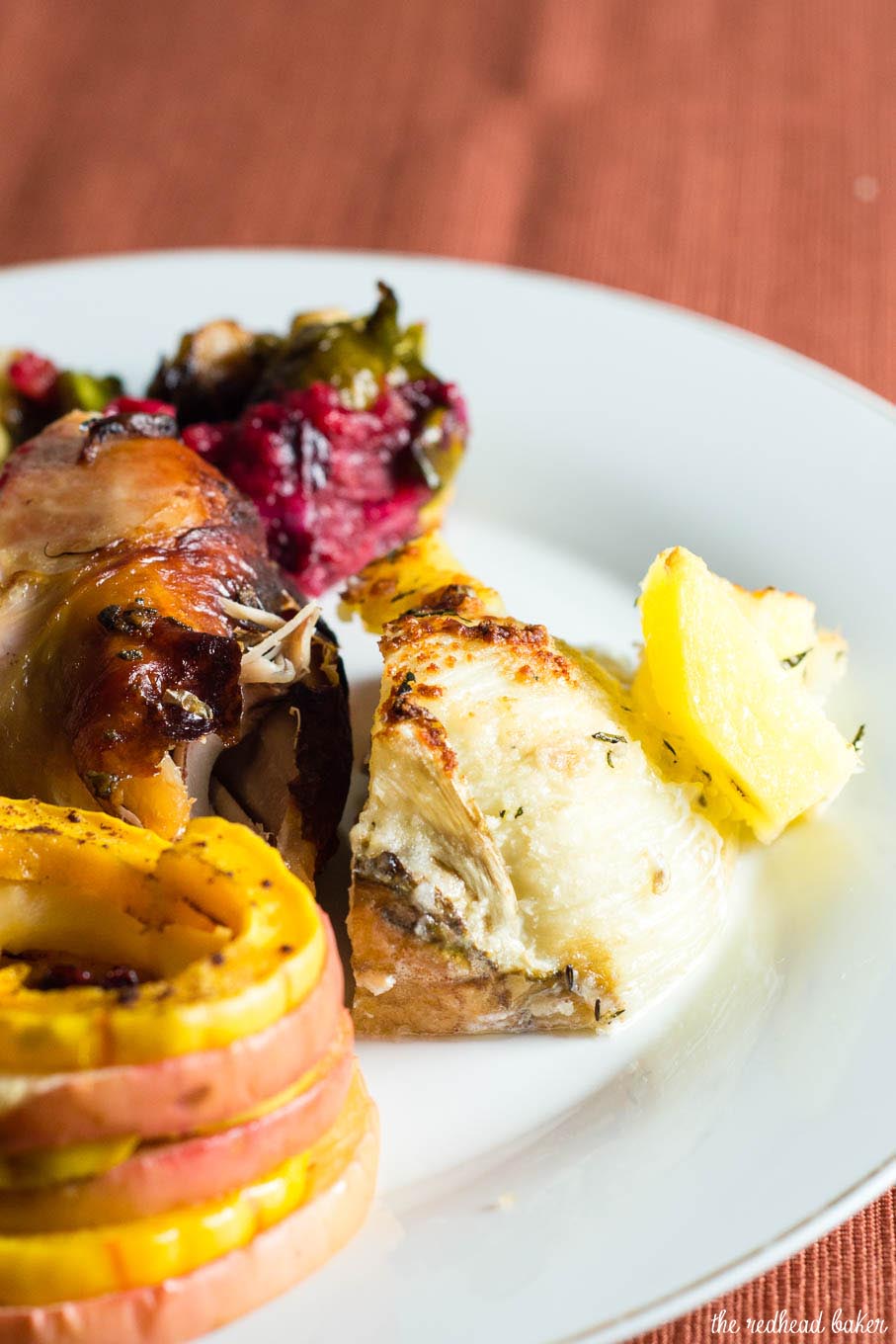 Fennel is an often-overlooked vegetable. It has a mild licorice taste. It's often found in the produce section near the fresh broccoli, leeks, and other green vegetables. It has a bulbous root, and three to four stalks growing out of the top that end in feathery leaves. It's actually in the same family as carrots.

The seeds of the fennel are frequently used in Afghan, Iranian and other Middle Eastern cuisines. It's also one of the ingredients in Chinese five-spice powder. It is a rich source of protein, fiber, B vitamins, calcium and iron.

In this recipe, this bulb of the fennel is quartered and cooked in cream alongside Yukon Gold potatoes. After the vegetables are cooked, they are sprinkled with a mixture of cheese and herbs, then given a quick broil to crisp up the tops. The final dish is a fabulous combination of flavors and textures. If you're bored with the same old side dishes at the holidays, give this recipe a try. 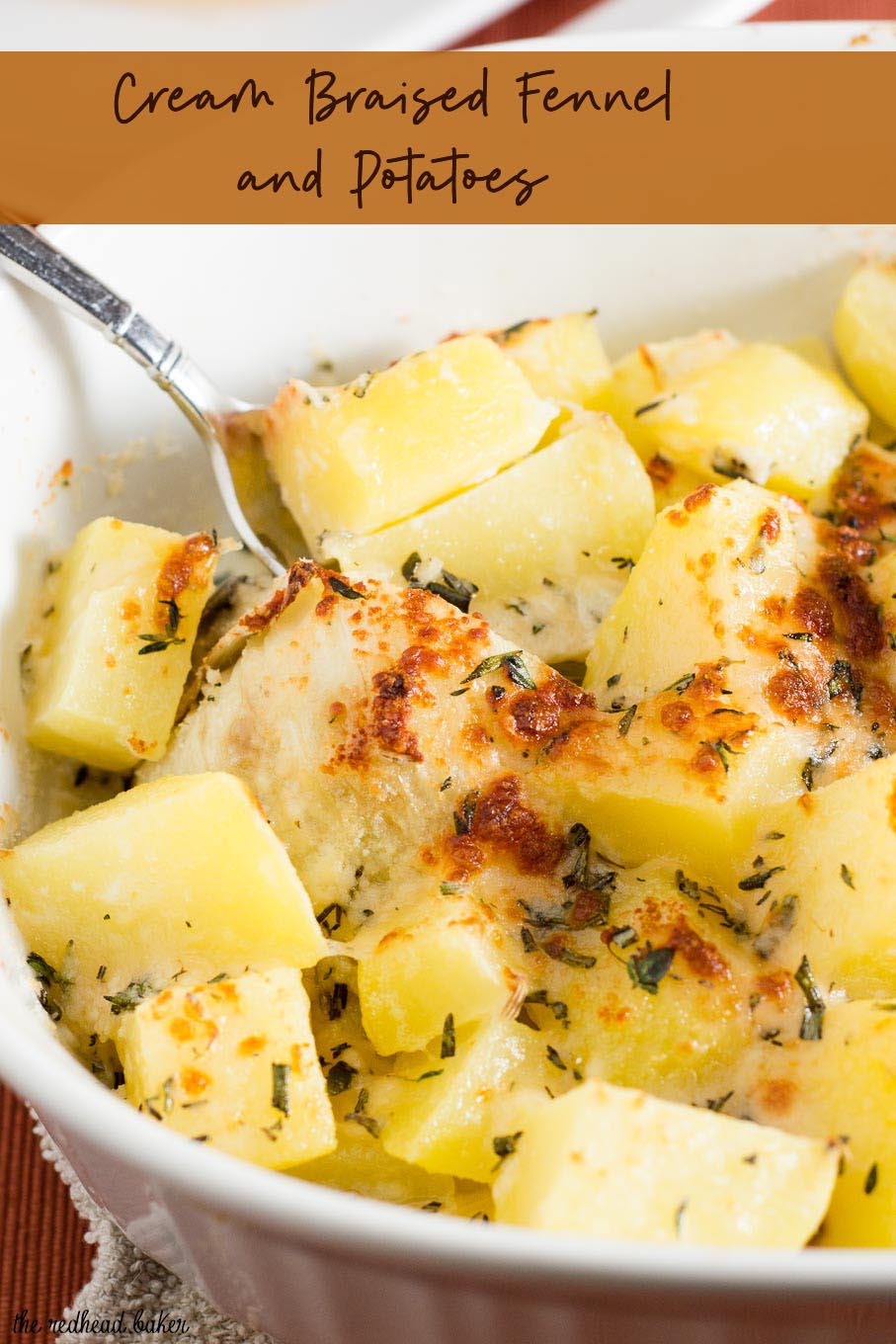