It's been quite a while since I've shared a Munchkin Meals update. Liam isn't really a "munchkin" anymore. He is 3 years and 2 months old now. 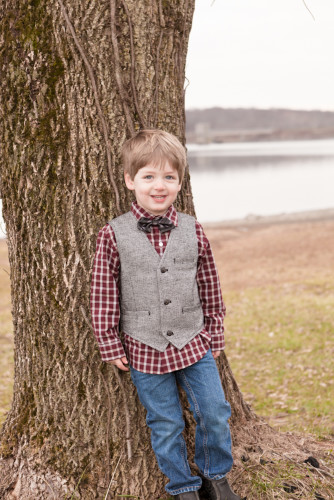 As of his last well visit with his pediatrician, he is 3 feet 3 inches tall and weighs almost 36 pounds!

He's been attending daycare since he was 16 months old. We recently moved, and he's in a different location of the same local chain of centers. His most recent teacher at the old center was very sad to see him leave — she said he was her star student at circle time, and he loved being teacher's helper.

He's slowly adjusting to his new center and new friends. Since I'm not working at the moment, he only attends half-days, three days a week. I'm sure once he starts attending for longer days, he'll get settled in. 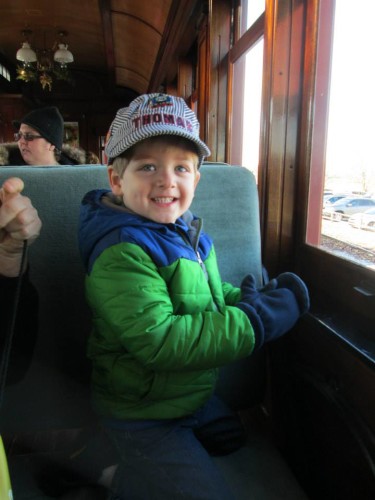 We celebrated his birthday with a Sesame Street-themed party with family and friends. His gift from Mommy and Daddy was tickets for Day Out with Thomas at the Strasburg Railroad in Strasburg, PA. He was in seventh heaven, and still talks about it.

Recent accomplishments include potty training — he wears underwear all day and diapers to bed. We're still working on getting him to go #2 in the potty. He can also (mostly) dress himself — he puts on his underwear, socks and pants but asks me to put on his shirt. He brushes his own teeth (with supervision) and will soon have his first dental appointment. He can count to twenty, knows all of his colors (in English and Spanish!), and knows the days of the week and months of the year. 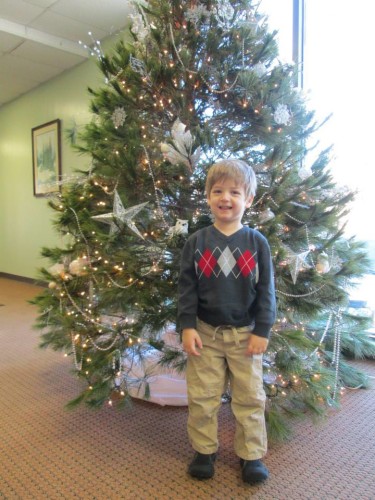 For a looooooooooong time, Liam would eat: cheese, most fruits, cheese, baked chicken nuggets, cheese, baked fish sticks, cheese, Goldfish crackers, cheese, Animal Crackers, cheese, yogurt, cheese, and did I mention cheese? I was able to sneak some veggies into him with puree pouches. We're s-l-o-w-l-y starting to turn a corner. Just the other day, he requested to eat a raw carrot stick that Dave was snacking on. He then ate about 8 more.

In a typical day when he attends daycare, here's what he eats:

8:00 a.m.: eat breakfast — one toaster waffle or mini pancakes or a bowl of cereal/oatmeal, fruit (apple, strawberries, clementine, grapes), and a cup of milk

5:30 p.m.: dinner (chicken-broccoli mac and cheese; chicken tostadas; pasta with squash, mushrooms and spinach; etc.) — Liam doesn't always eat what we eat, though we encourage it. We offer a reward if he takes a taste of a new food. Sometimes he will only eat part of what we're eating (for example, he ate the pasta from the pasta with squash, mushrooms and spinach, but picked out the veggies). I know others will say that we should simply take away the option of him having something different for dinner, but at this point in time, it's just a not a battle I'm willing to have.

Sometimes he has another snack before bedtime. If it's a weeknight, it's fruit; if it's the weekend, he's allowed a small treat (his favorite is Annie's gummy bunnies snacks, but he also likes Oreos and "fun size" Kit Kat bars).