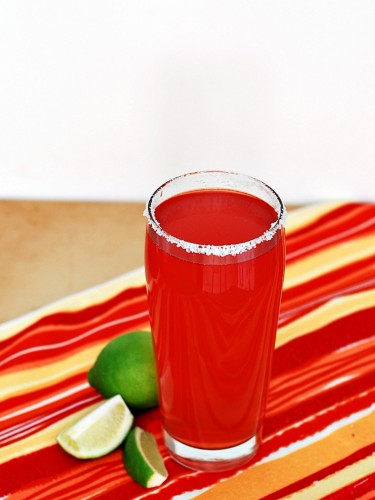 Did you know that the margarita is NOT the most popular beverage of Mexico? No, according to some sources, it's actually the Paloma, a cocktail traditionally consisting of tequila, grapefruit-flavored carbonated soda and lime juice.

I don't like grapefruit, so I decided to switch up the flavor and use pomegranate instead. I luuurve all things pomegranate. I was quite sad that I was pregnant during my sister-in-law's bachelorette party back in 2011, and I was not able to indulge in a pomegranate mojito at a Cuban restaurant.

So anyway, this Monday, kick back and enjoy your favorite Mexican dish, and maybe serve a pomegranate Paloma instead of a margarita. Or both! I won't tell. 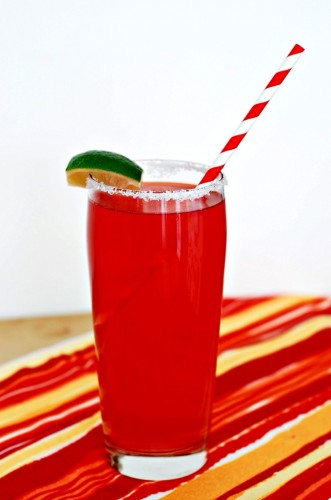