Pumpkin season isn't over yet! This Thanksgiving, serve pumpkin buttermilk biscuits spiced with cinnamon, ginger and nutmeg alongside your turkey. 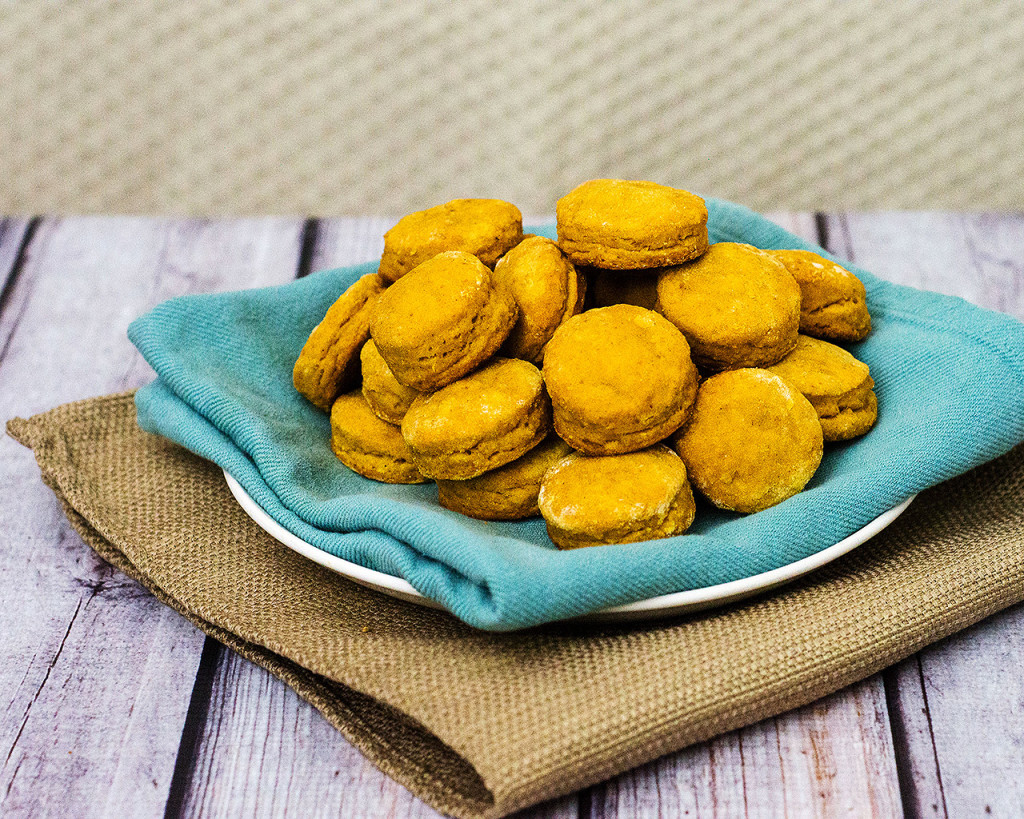 Halloween is over, which means my Thanksgiving planning is in full force! I'm pricing turkeys, planning recipes, and pinning table settings. I love Thanksgiving because it's ALL about the food, and it's the kickoff of the Christmas season.

This month's Twelve Loaves theme is Thanksgiving biscuits and rolls. Last year, I made pumpkin brioche rolls, which were quite tasty, but time consuming. I had my eye on these pumpkin biscuits from Cooking Light, but thought two pumpkin breads would be too much. 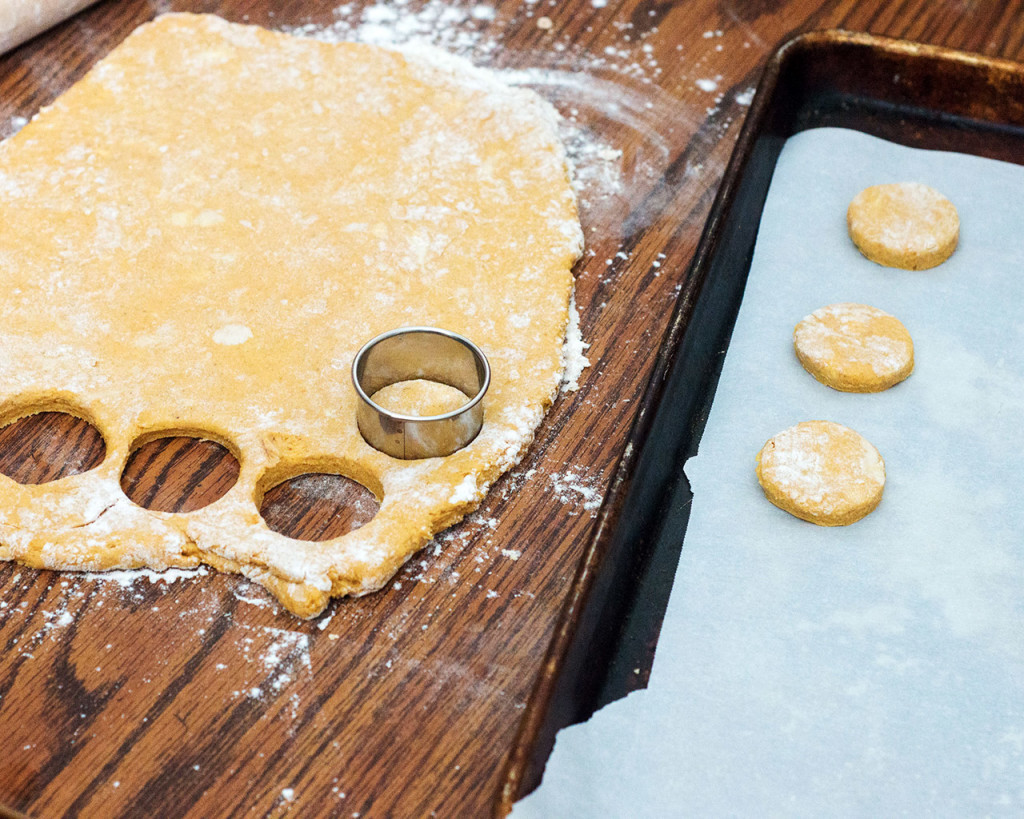 These biscuits are quite easy to make. I adapted the original recipe to use a food processor, since I am just hopeless at using two forks to cut butter into flour. Using the food processor makes the process easier AND quicker.

Doing the "business letter" fold makes the biscuits flakier and layered. Don't skip this step! Visually divide the dough into thirds. Take one outer third, either the right or the left, and fold it in toward the middle, then fold the other outer third in toward the middle, on top of the first folded third. Pat everything down and roll it out again, then repeat. 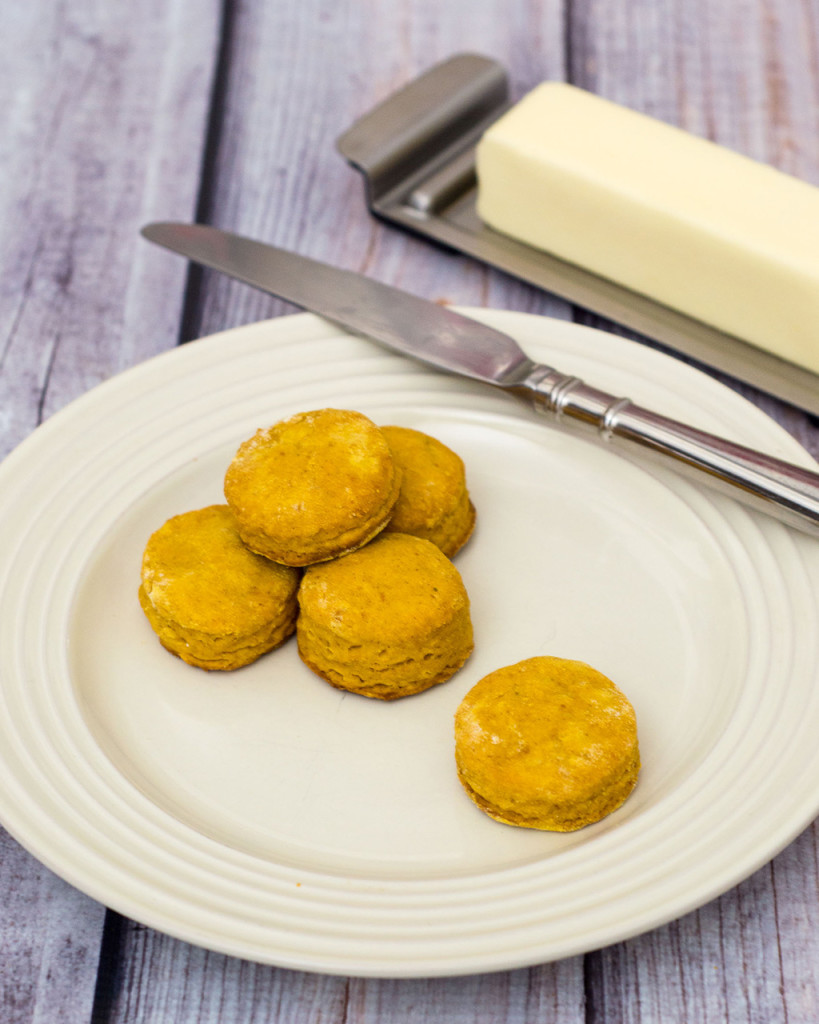 I made this biscuits with a 1.5-inch cutter, which is actually rather small. These are more like mini biscuits. If I were to make these again to serve at Thanksgiving, I would use a cutter at least 3 inches in diameter. This of course would cut down on the recipe yield, and would likely require a longer baking time.

The pumpkin flavor in these is actually rather mild, though I think that helps the spice flavors to not get lost. The texture of these is a bit on the drier side, like a scone. These biscuits also freeze beautifully, so you can make a batch now and serve them on Thanksgiving! 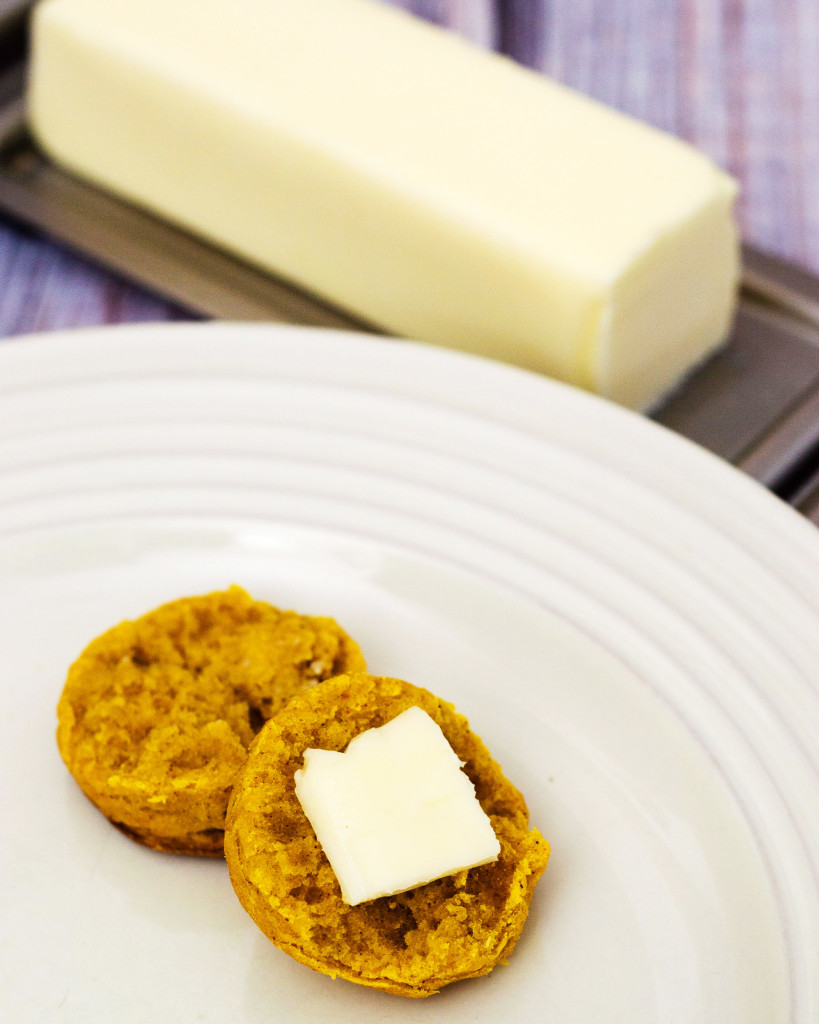 #TwelveLoaves was a monthly bread baking party created by Lora from Cake Duchess with the help of Heather of All Roads Lead to the Kitchen, and the rest of our fabulous bakers.

This month we are baking Biscuits and Rolls that would fit in nicely at any Thanksgiving table. For more bread recipes, visit the #TwelveLoaves Pinterest board, or check out last month's inspiring selection of #TwelveLoaves Crackers, Crisps, and Flatbreads!

If you'd like to bake along with us this month, share your Thanksgiving Biscuits and Rolls using hashtag #TwelveLoaves! 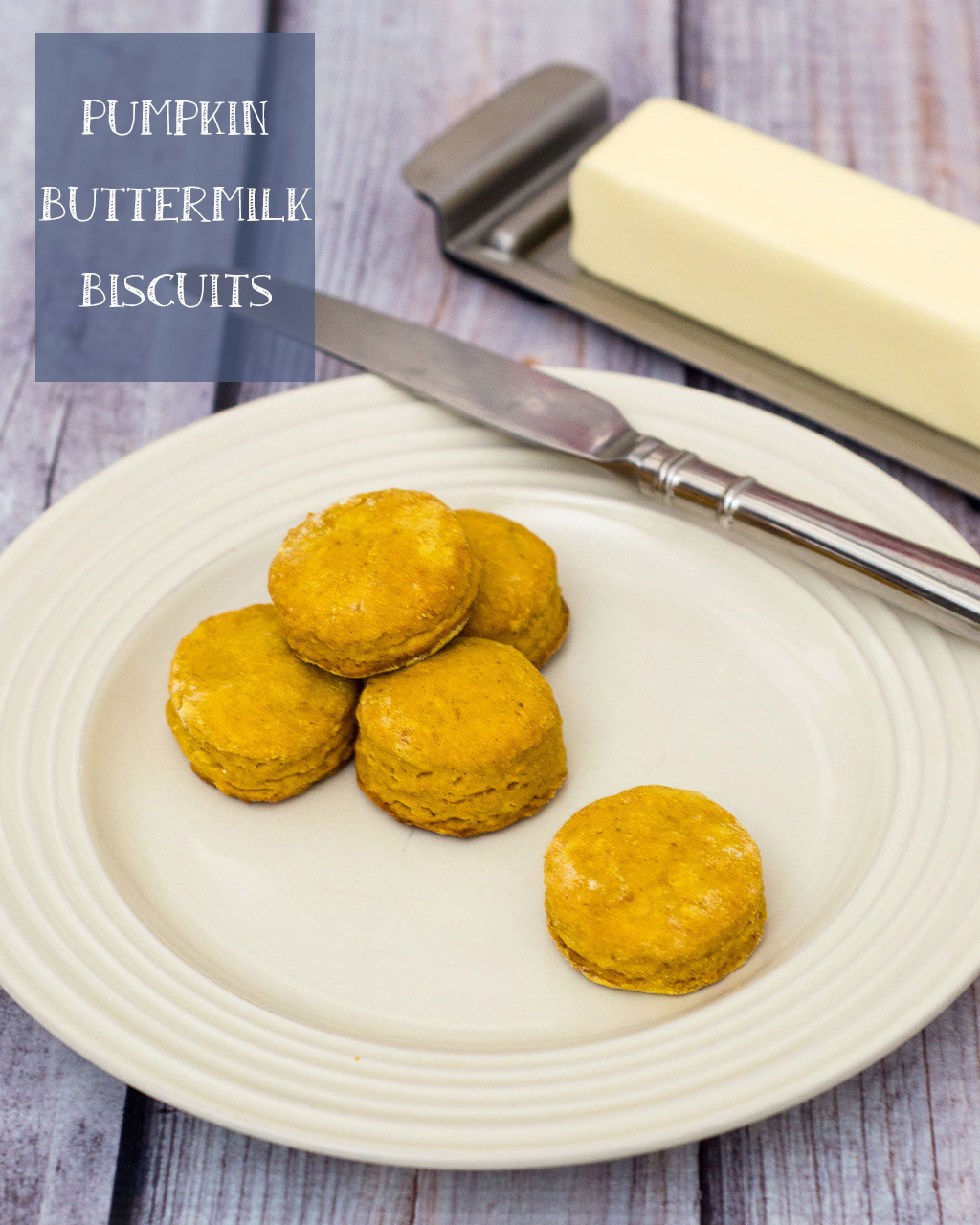