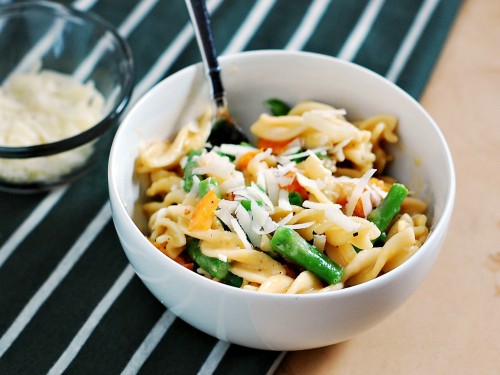 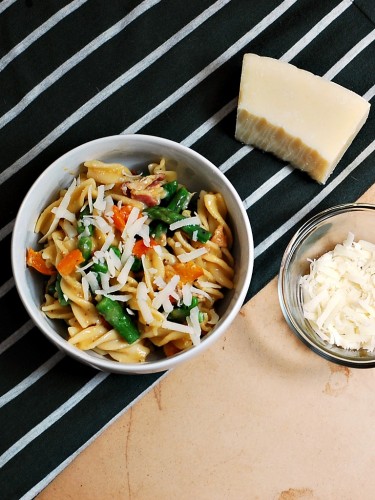 One other difference in this carbonara as opposed to the traditional is the use of pecorino romano cheese instead of parmesan. Both are Italian cheeses: pecorino is a sheep's milk cheese and parmesan is a cow's milk cheese. Pecorino has a salty, sharp bite, so a little goes a long way.

The method of briefly cooking the veggies in boiling water before plunging them into ice water is called "blanching." The ice water shocks the vegetables and stops the cooking, preserving the crisp-tender texture and bright colors. 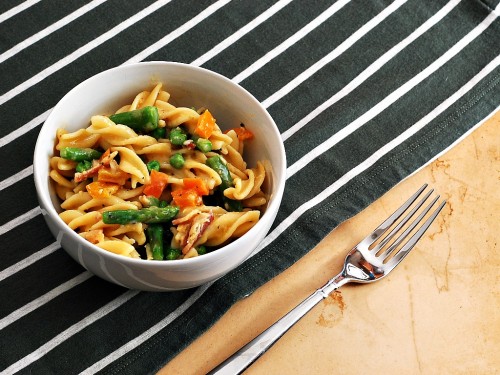