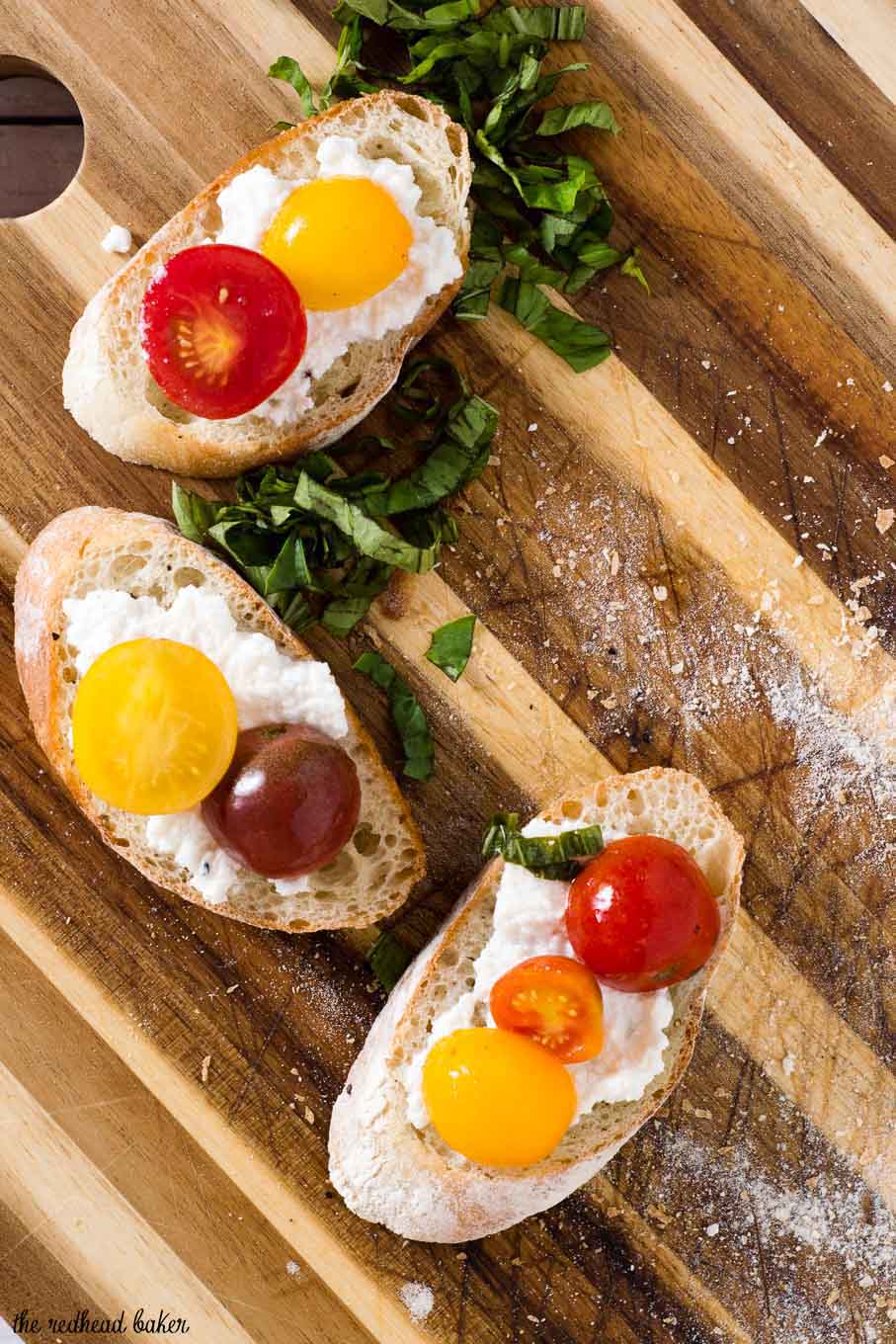 Living so close to New Jersey, it's a given that I would dedicate at least one Farmers Market Week blog post to fresh Jersey tomatoes. They are juicy, tender, and have such great flavor.

There are several stands at my local farmers' market that sell many different kinds of tomatoes. I chose to use a basket of multi-colored cherry tomatoes. 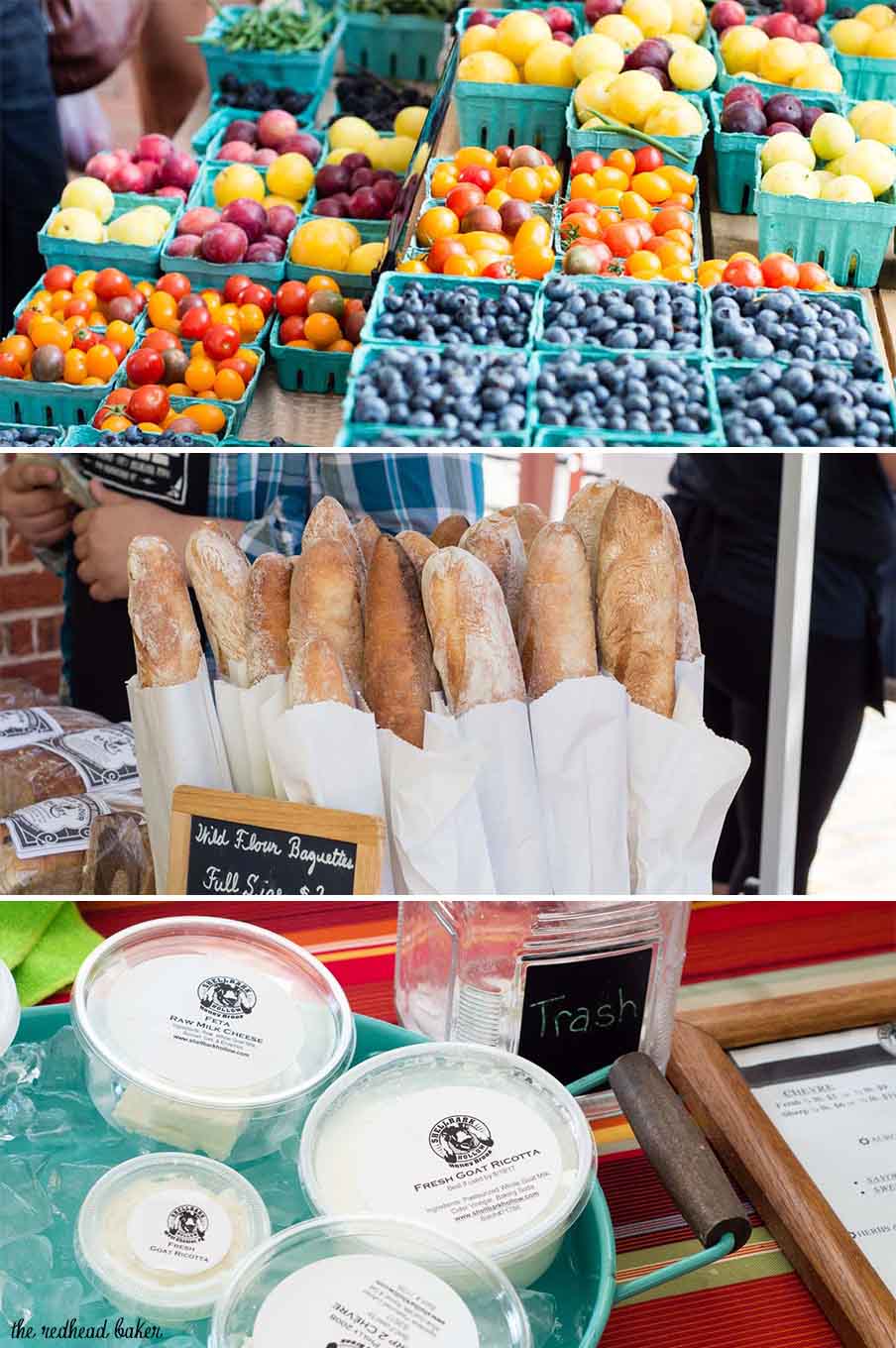 In fact, several of the ingredients for this easy appetizer came from the farmers market -- crusty French bread from Wild Flour Bakery, fresh goat's milk ricotta from Shellbark Hollow (remember them from my goat cheese ice cream?), cherry tomatoes from Queens Farm and basil from Green Zameen.

I wanted to preserve the fresh flavor of the tomatoes, so instead of cooking them, I just halved them and marinated them in a simple mixture of broth, oil, vinegar and basil. 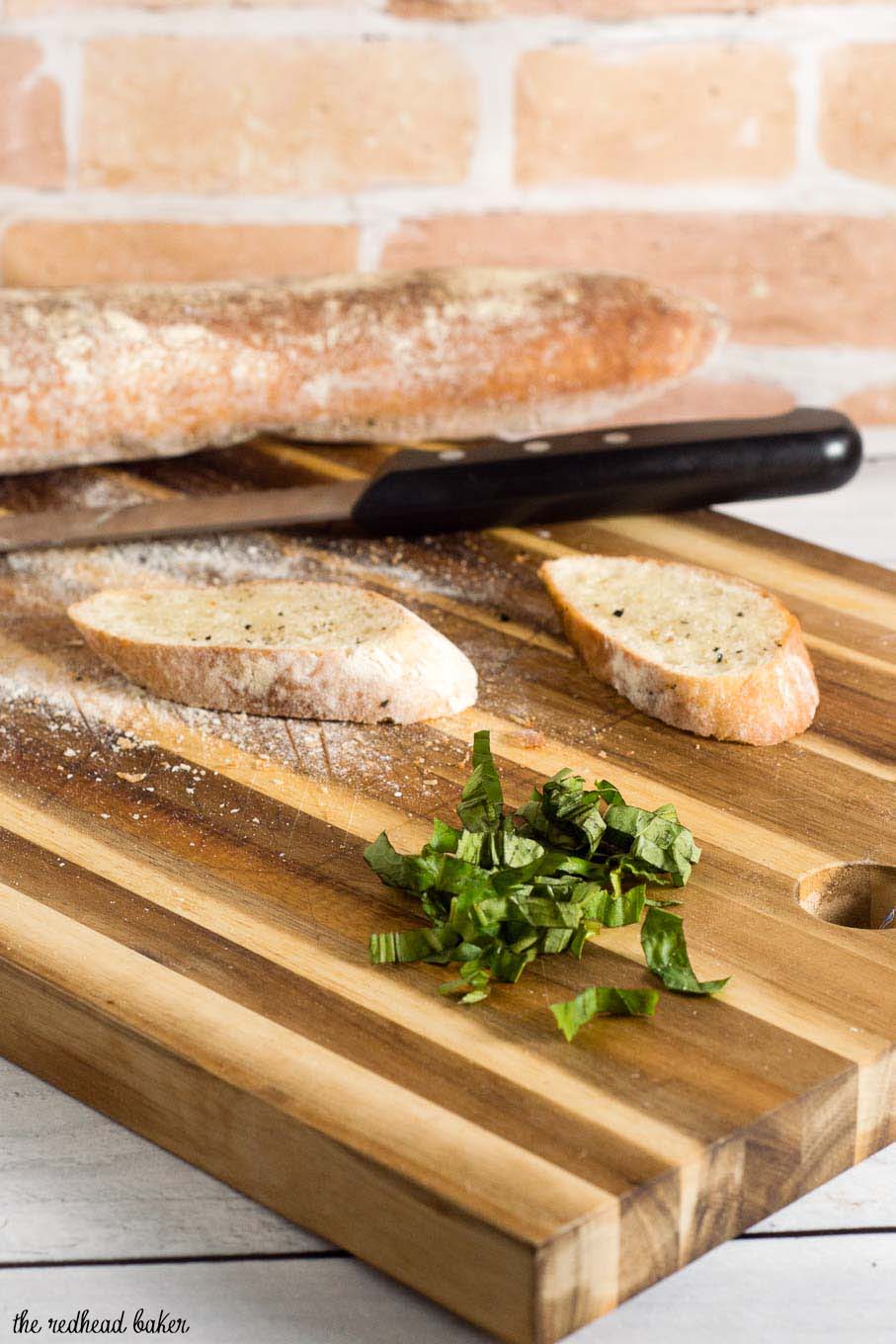 I simply could not get enough of this appetizer. How can something so simple taste so amazing? So many flavors, so many textures! This is supposedly an appetizer, but I ate so many, I wasn't hungry for dinner.

I did have leftover tomatoes, which are delicious for snacking on their own, or with a shred of Parmesan cheese on top. Speaking of the cheese, splurge on good Parmigiano Reggiano. In a dish with so few components, each ingredient should be top-quality. 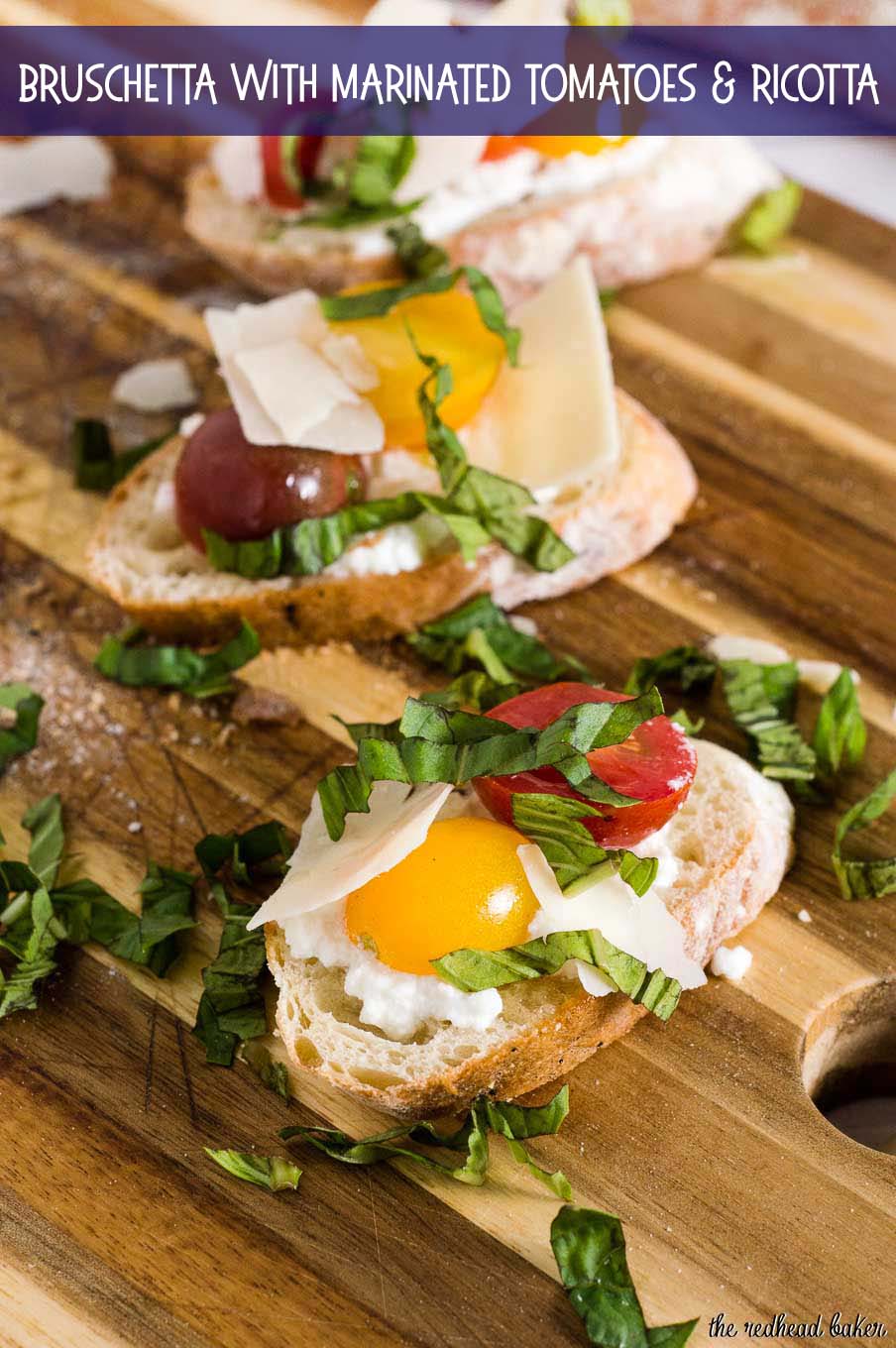 For the marinated tomatoes 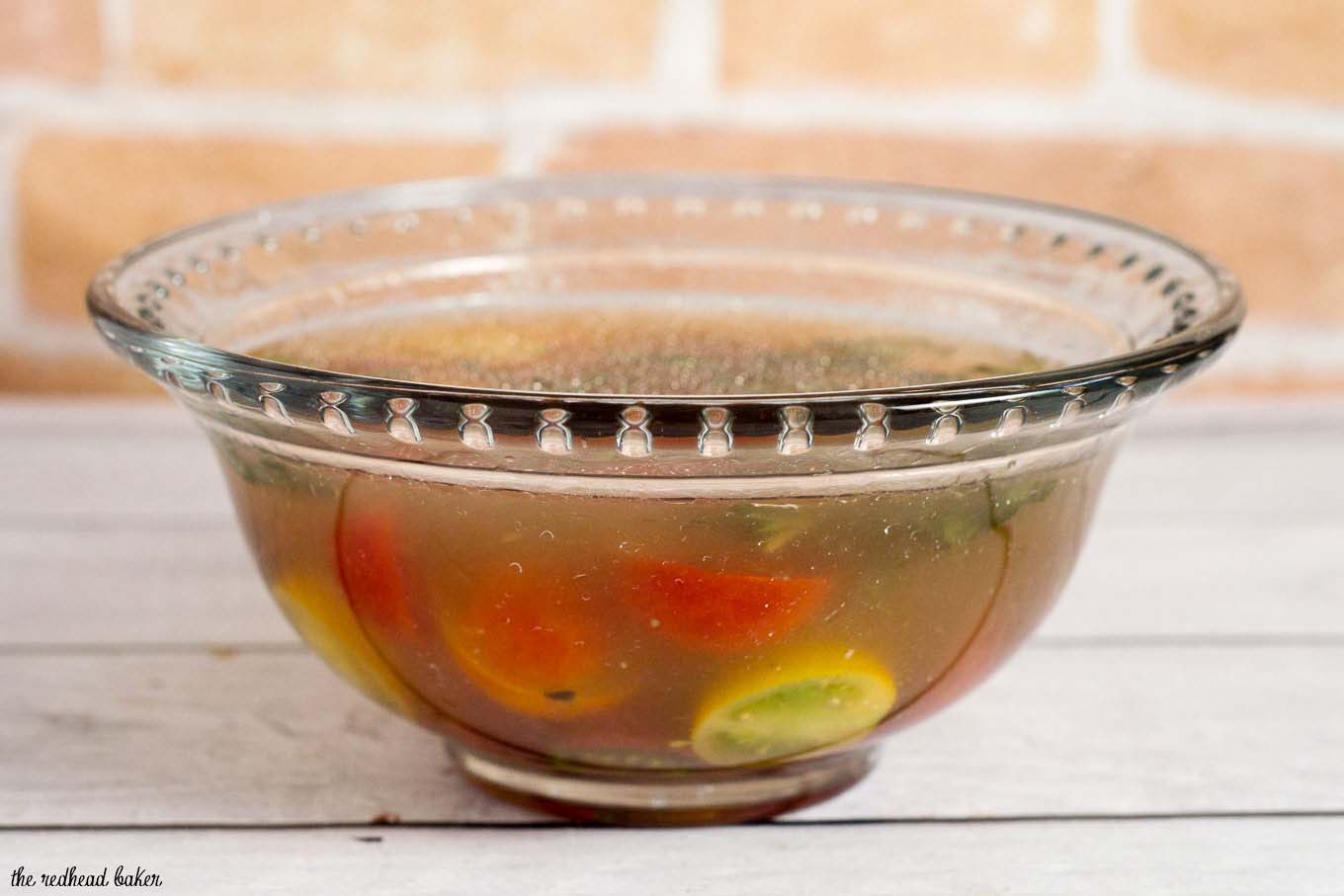