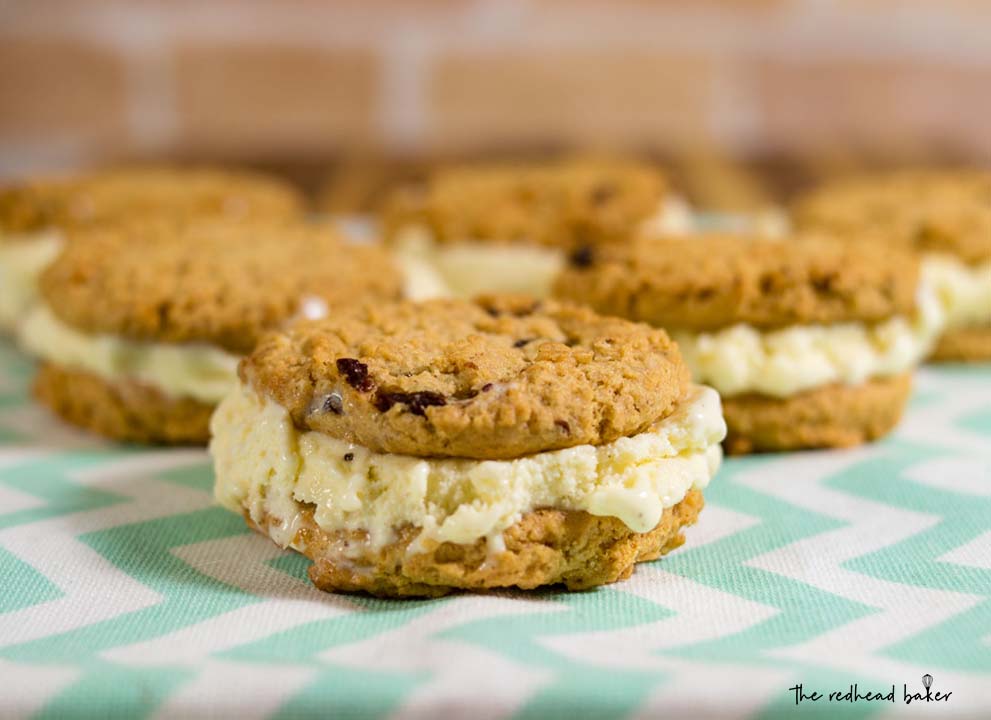 Welcome to another month of Progressive Eats! This month's theme is Frozen Treats! I knew I wanted to make something with ice cream, since it is my favorite dessert. I quickly settled on ice cream sandwiches, but deciding on a flavor combination was much harder!

I really wanted some oatmeal raisin cookies, so what would taste great in the middle? Why, cinnamon ice cream, of course! 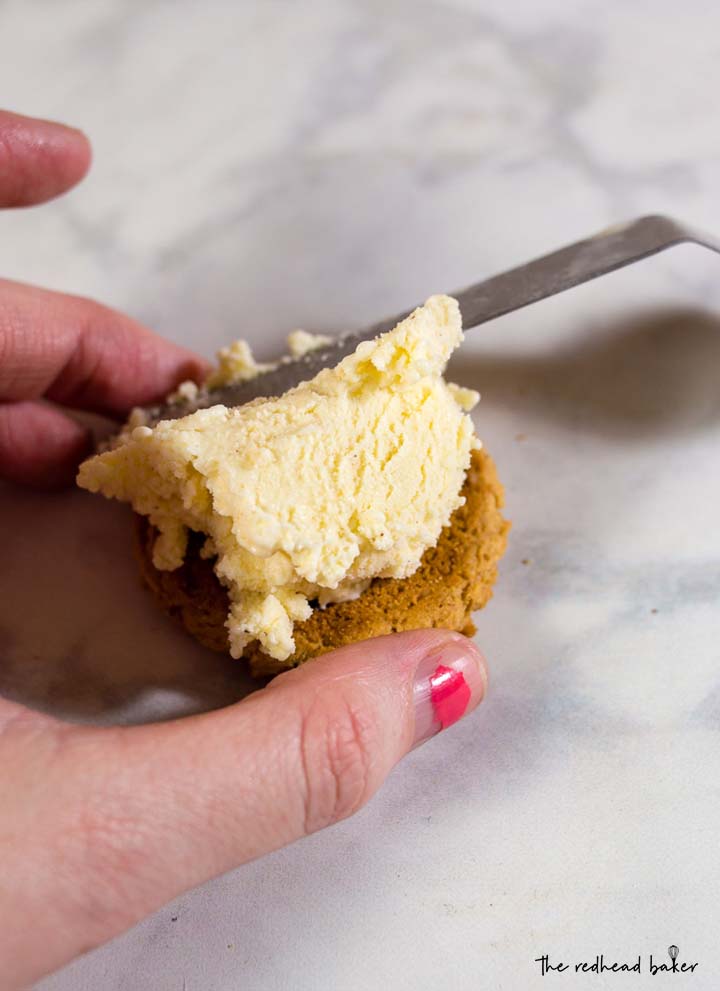 David Lebovitz has a great cinnamon ice cream recipe. You use cinnamon sticks to flavor the milk and cream, and then use that flavored milk to make the custard base. David specified 10 cinnamon sticks, but not what length, though most recipes specify 3 inches in length.

I used an entire container (about 1 ounce) which contained 5 cinnamon sticks that were about 4 inches in length. I preferred to under-spice the custard base rather than over-spice it, because I could always add more ground cinnamon but not take it out. I added about half a teaspoonful of ground cinnamon just before churning. 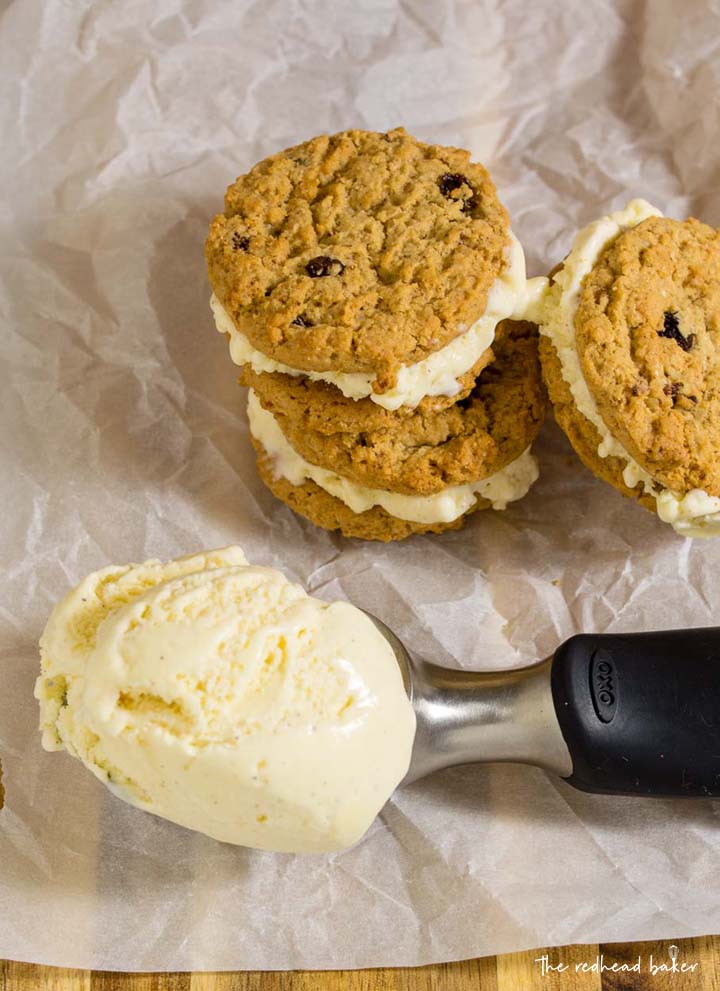 You can use store-bought oatmeal cookies if you prefer, but I love homemade. You can also swap out chocolate chips for raisins, or leave out mix-ins altogether.

You'll probably have more cinnamon ice cream than cookies, depending on how much ice cream you put between your cookies. This ice cream is delicious on its own, but it's also fantastic on top of apple or peach pie. 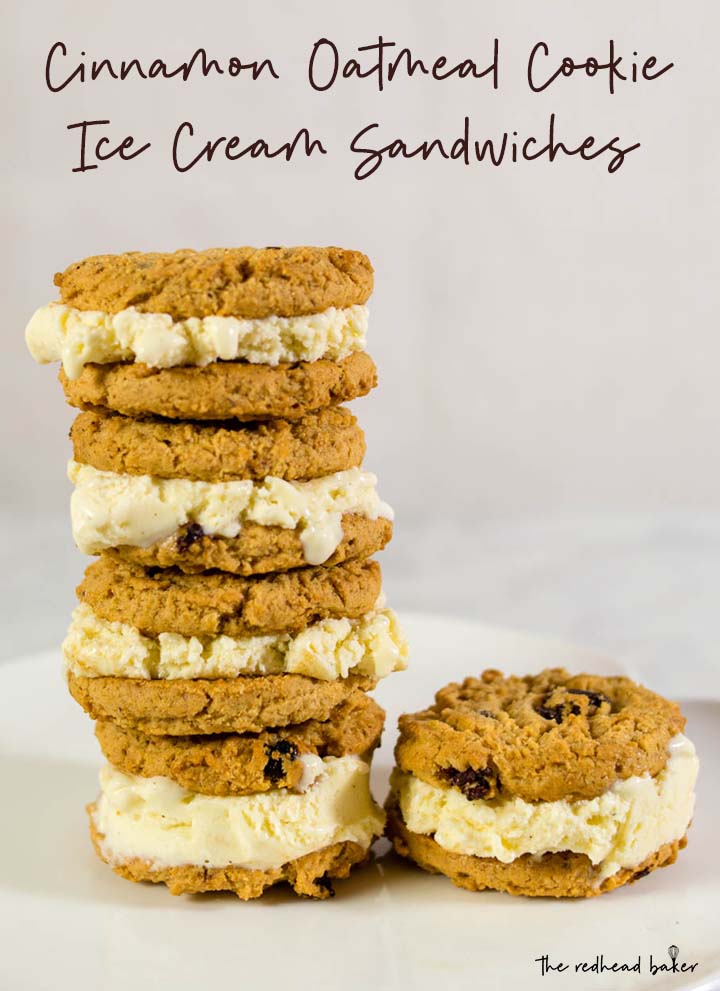 For the ice cream

Welcome to Progressive Eats, our virtual version of a Progressive Dinner Party. Each recipe in our menu this month features Frozen Treats, to welcome the beautiful summer months. Our host this month is Ansh from Spiceroots .

If you're unfamiliar with the concept, a progressive dinner involves going from house to house, enjoying a different course at each location. With Progressive Eats, a theme is chosen each month, members share recipes suitable for a delicious meal or party, and you can hop from blog to blog to check them out.