These corn and mild cherry pepper quesadillas are a take on elotes — a Mexican street food of corn on the cob, rubbed with chili, a squeeze of lime, and coated in cheese. 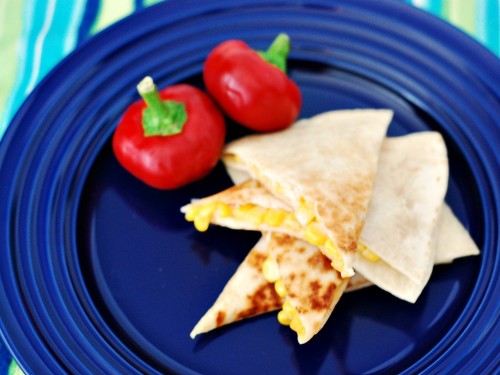 Anyway, the corn salad (Cooking Light's play on Mexcian Street Corn) was really delicious, and was gobbled up really quickly. It was so simple to make, too, though we did omit the mayo, because I'm just NOT a mayo person. 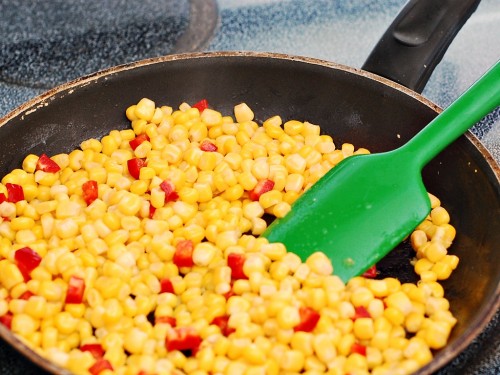 I wanted to make something like that again, but not in the same way. One way that I'm able to get Liam to eat dinner with us (and eat what we eat) is to make quesadillas. The corn salad was super easy to adapt to a quesadilla.

I wanted to add some extra flavor and Mexican flair, so I added a couple of diced cherry pepper. Cherry peppers are also called pimiento peppers, and are one of the mildest varieties of peppers. Give these quesadillas a quick spritz of lime juice before serving! 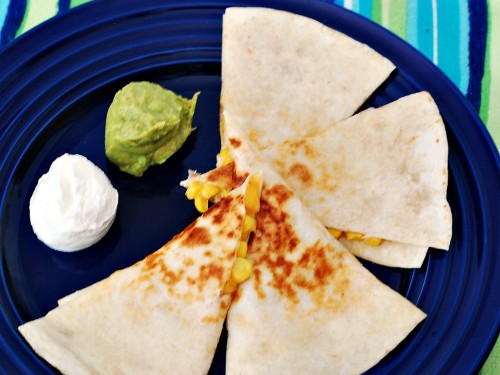