"Man Food" is all about big bold flavors, and these chipotle honey lime pulled pork tacos deliver! Make them for the dad in your life this Father's Day! 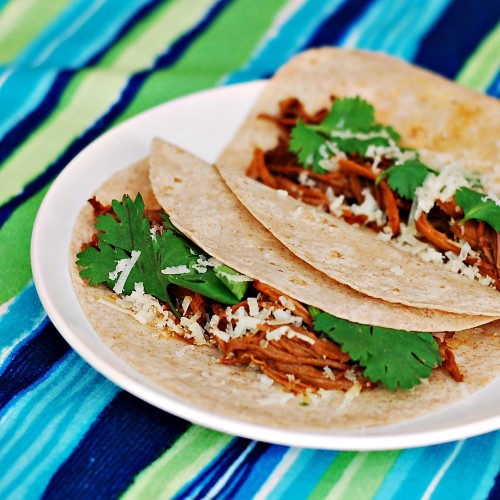 Today's recipe falls into the big, bold flavors category: pork shoulder flavored with chipotle pepper, honey and lime. It's pretty hands-off, since the crockpot does most of the work.

You've probably noticed that in some crockpot recipes, you give the meat a quick sear before putting it in the crockpot. Not this one — you don't want a crust on the meat, because you're going to shred it once it's done cooking.

And once it's done, the meat will shred very easily. Seriously, it just about fell apart as soon as I touched it, which in this case, is a very good thing. 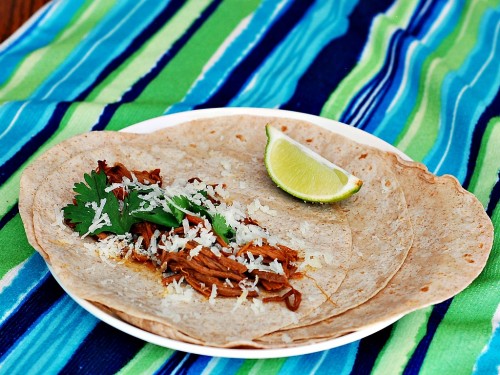 You can give this recipe as much "heat" as you like. If you like your food eye-watering spicy, don't remove the chipotle pepper seeds. If you don't, take them out. That won't take away ALL of the heat; it will definitely still have some spice. If you really don't like spicy food, well, this isn't the recipe for you.

There will be some liquid left over in the crockpot once the meat cooks. You can drain the meat well, and pour the leftover liquid into a small saucepan and boil it down until it's thick and use it like a taco sauce. 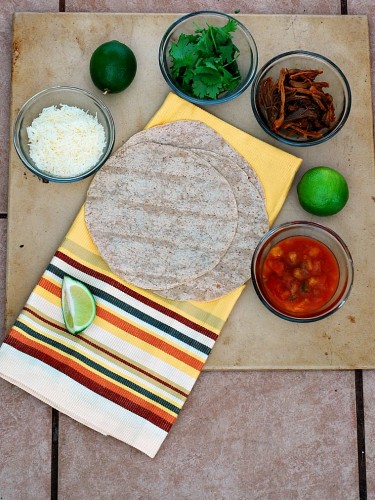 For the pulled pork

Inspired by The Way to His Heart