This tutorial shows you how to use frosting to turn your cupcakes into rose cupcakes using buttercream frosting and a few piping tools. 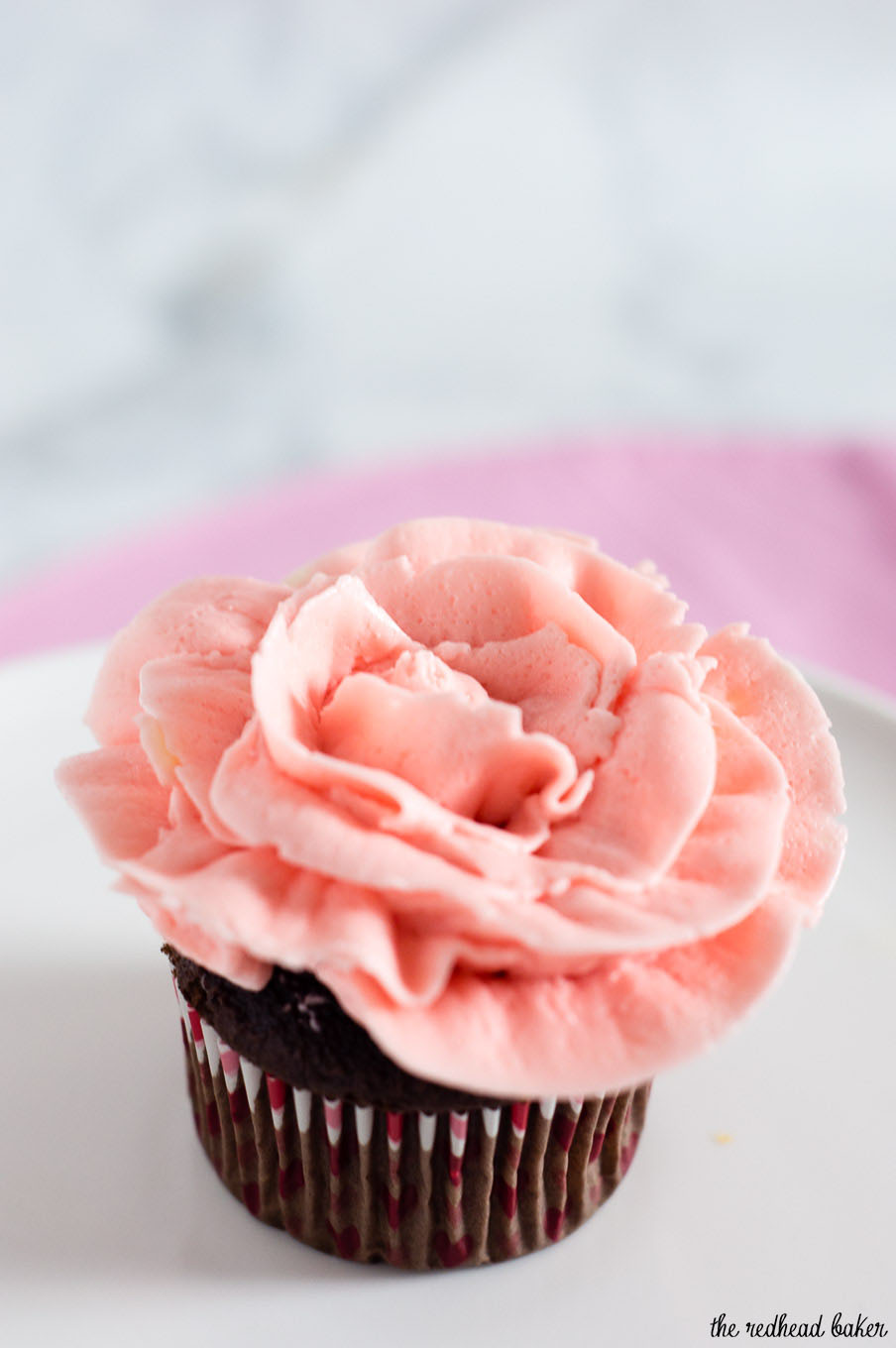 As I complained in my last blog post, flower prices shoot up around Valentine's Day. I mean, I get it. Lots of demand. I always tell my husband not to get me flowers for Valentine's Day because of the cost. Also, as much as I love getting flowers, I suck at taking care of them.

You know what I love getting even more than flowers? Pretty cupcakes. If you want to give your sweetie roses for Valentine's Day, but don't want to pay artificially high prices, consider making some rose cupcakes. These would also be perfect for Mother's Day, or a bridal shower, or a birthday. Or just because. There's no wrong time to give pretty cupcakes. 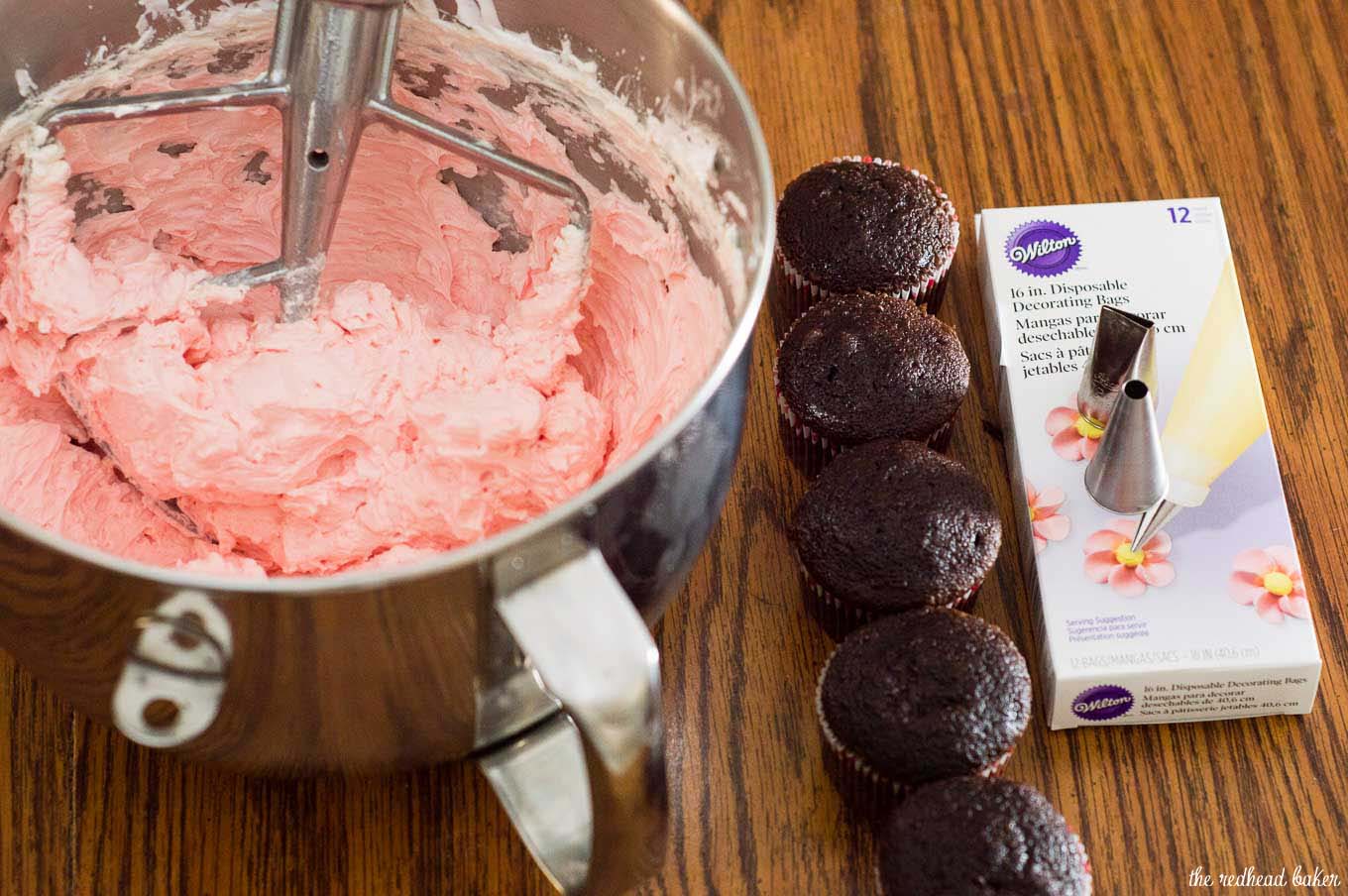 OK, let's talk supplies. You'll need cupcakes, obviously. Whatever flavor you want. Make them from a box if you want. I won't knock boxed mixes. You'll need frosting. I used Swiss Meringue Buttercream for these. It's delicious, and works equally well for frosting and filling cakes, as well as piping both simple and intricate designs.

You'll also need some cake decorating supplies: decorating bags (I like 16-inch disposable bags), a plain round piping tip, a rose petal piping tip, and food coloring. Obviously, I went with pink (actually, a single drop of Amerigel Super Red), but you can make whatever color your choose. Or colors — you can divide the icing in half or thirds, and color each one differently. If you want to use more than three colors, I suggest doubling the recipe below, to ensure you have enough frosting for each color.

If you don't use any food coloring, your roses will appear ivory, thanks to the addition of vanilla extract to the frosting. 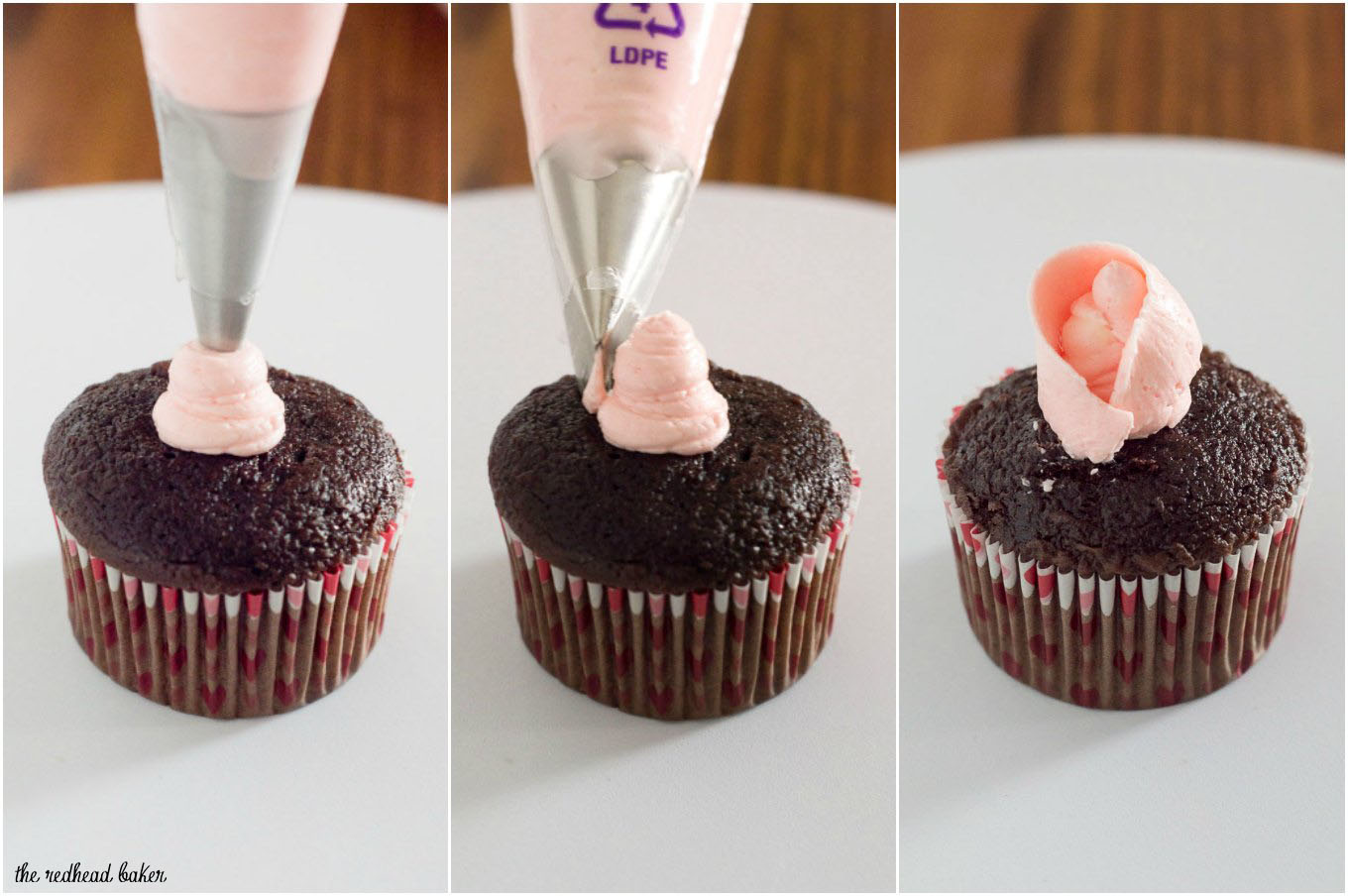 I've written out very descriptive instructions below for creating these roses, for those who learn best by reading. Below the recipe is a video, for those who learn visually. The best part about creating roses with buttercream icing is that if you don't think they came out well, you can scrape the icing back into the bowl, and start all over again! But slightly imperfect roses look the best, after all, roses in nature aren't perfect, either.

Unlike when frosting a cake, where room temperature icing is best, you want your icing a little on the colder side to make these roses, so that the petal don't flop over. When making the frosting, you want your butter just barely softened. If your petals start to flop over, chill your piping bag in the refrigerator for a minute or two before continuing. 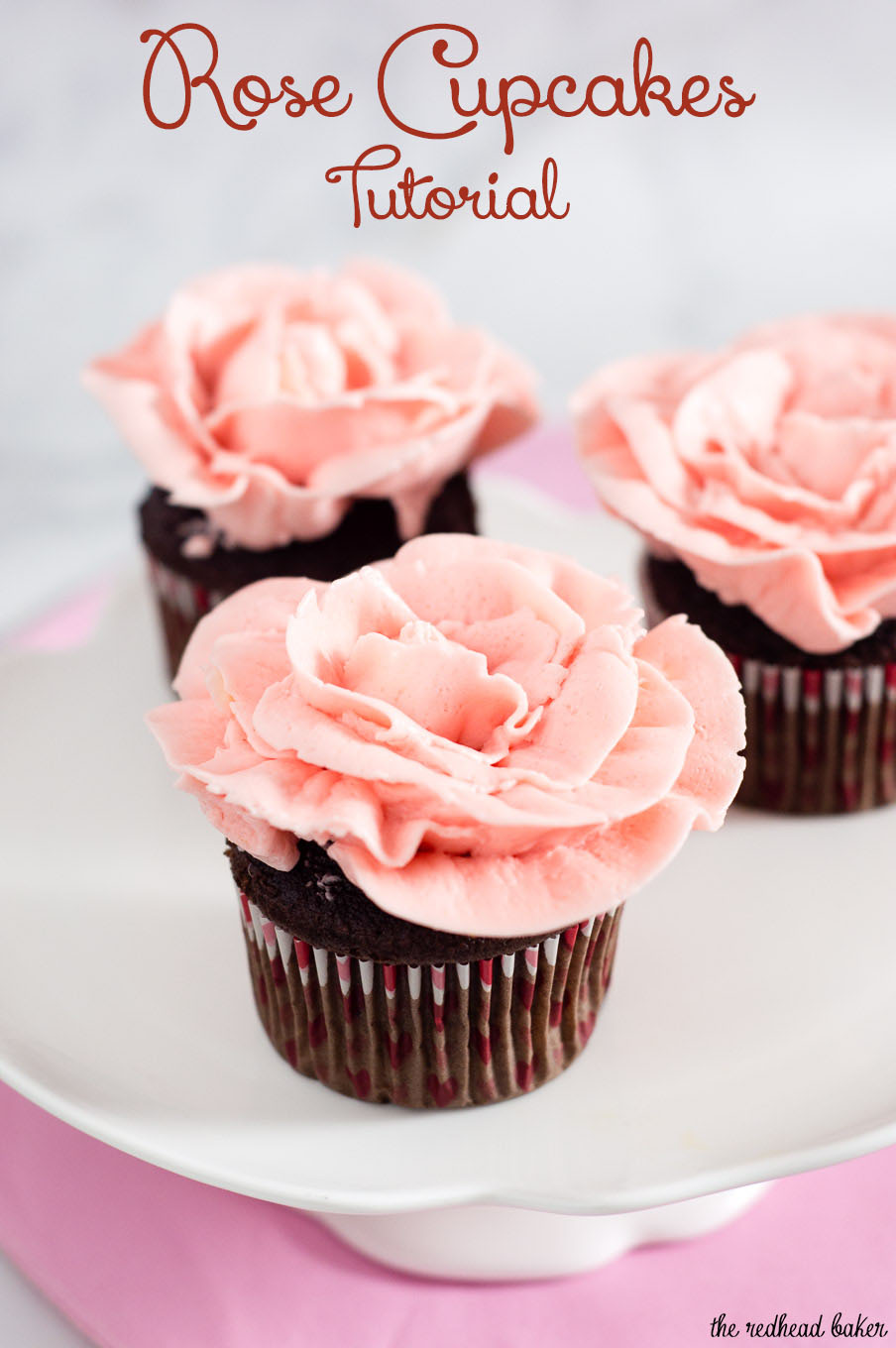 How to pipe the roses