Irish Coffee Chocolate Mousse is flavored with whole coffee beans, semisweet chocolate and Irish cream liqueur. It is light in texture but rich in flavor. 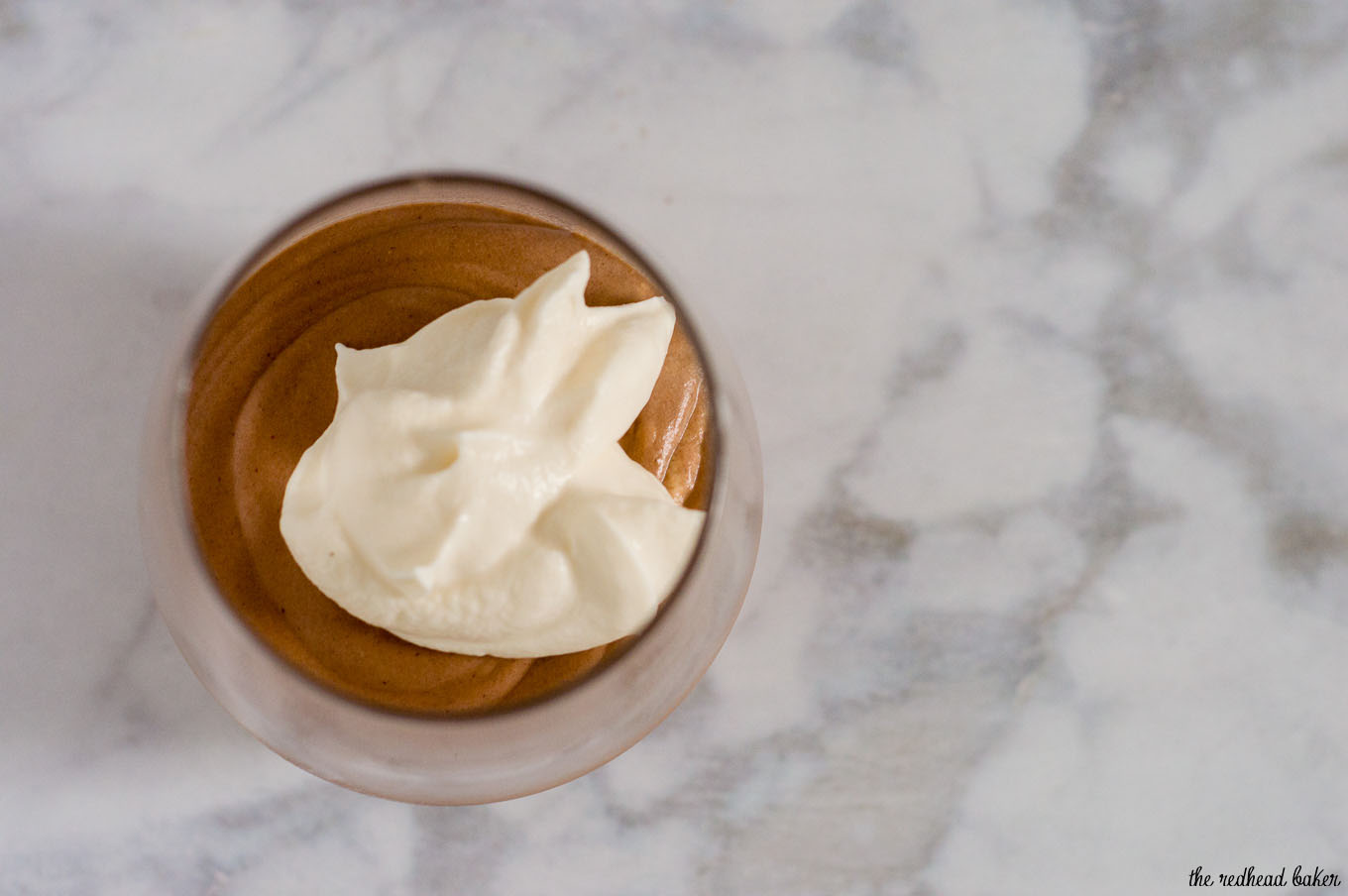 It's week 2 of #Choctoberfest! Today I'm sharing a variation of my favorite chocolate mousse recipe. It is silky smooth, light in texture yet so incredibly rich. Don't forget to enter the giveaway (the entry widget is just above the recipe) and scroll all the way down to the bottom of the post to see links to other #Choctoberfest recipes!

I received Sabertooth Roast whole coffee beans as well as a package of cacao butter from one of #Choctoberfest's silver sponsor, Caveman Coffee Co., to use in today's post. I used the coffee beans to flavor the heavy cream for the mousse. 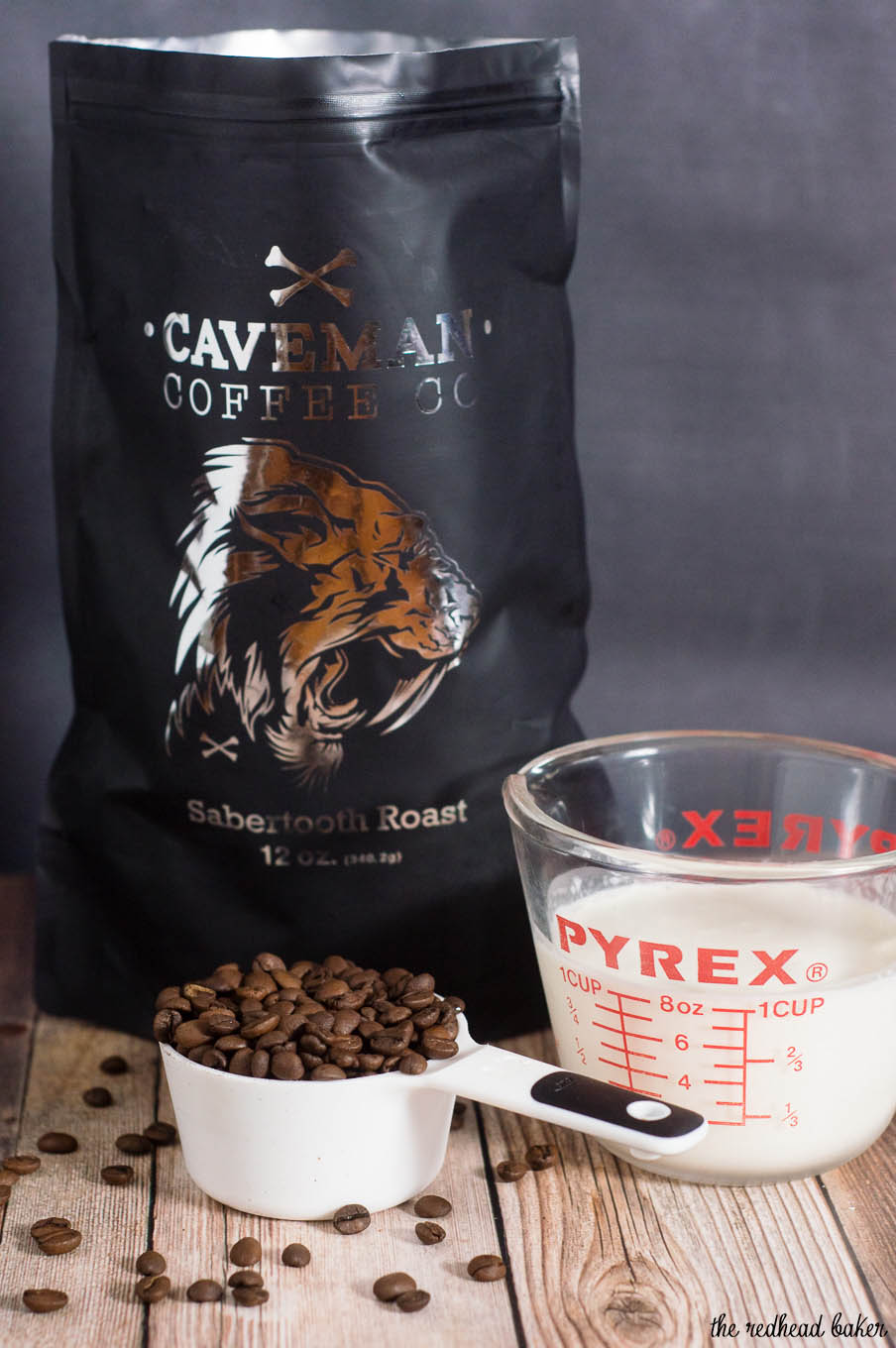 I will be honest and say that this mousse uses a lot of mixing bowls. You need three. Having both a stand mixer and a hand mixer helps, otherwise you're either washing mixing attachments, or whisking by hand. It's a bit labor-intensive, but so very worth it.

I associate mousse with special occasions because I either eat it at restaurants, or make it at home to serve at a special occasion. I like to make mousse for special occasions particularly because it should be made ahead, ensuring I don't need to worry about dessert the day of the holiday dinner or party. 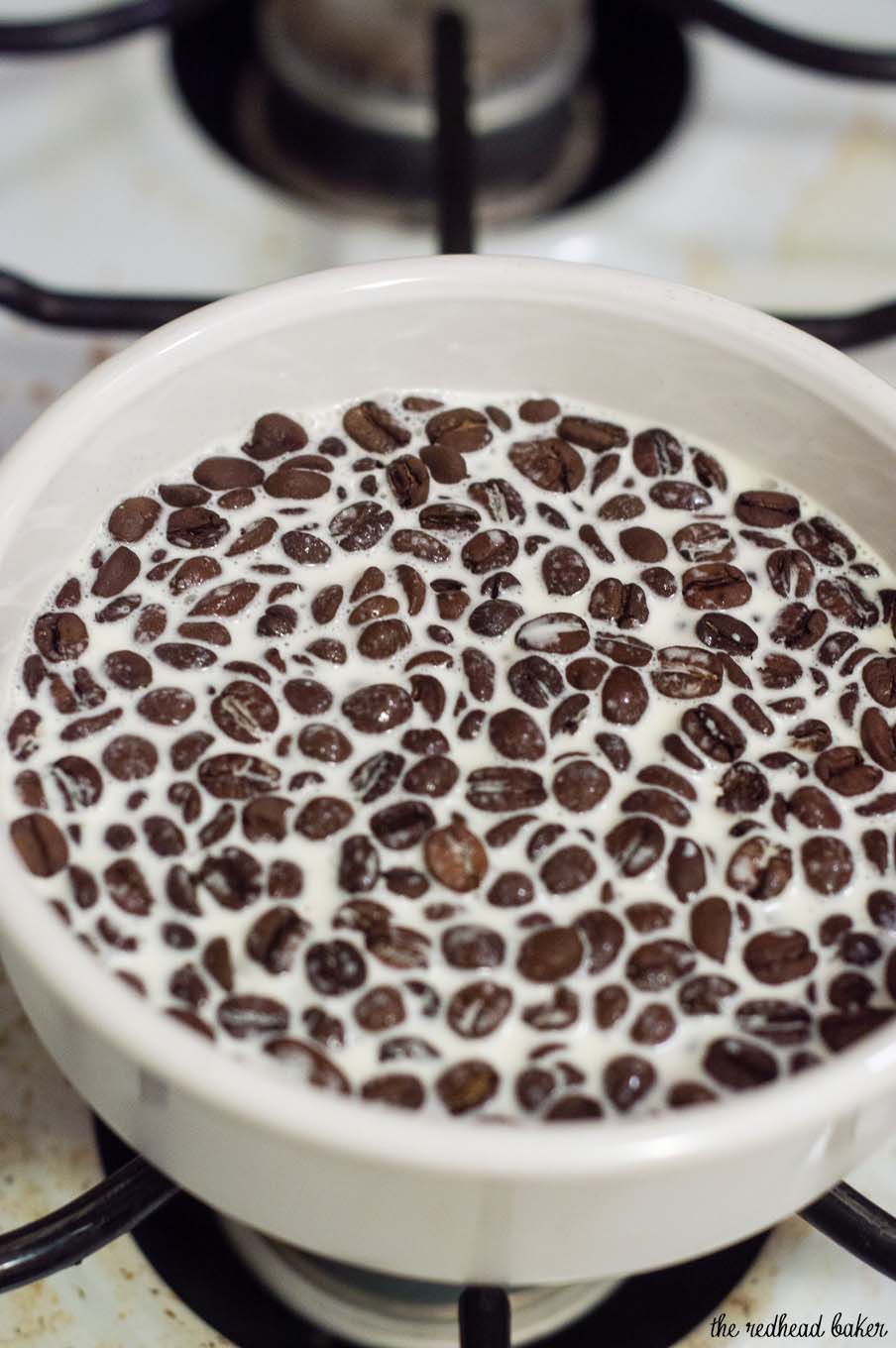 I infused the cream with the flavor of the coffee through steeping. Steeping is combining the cream and the coffee beans in a saucepan and bringing it just to a scald — when tiny bubbles begin to form around the edge of the saucepan. Do NOT let the mixture boil, or else the cream will never whip.

Do this portion early in the day that you want to make the mousse, or even the night before, to ensure that the infused cream has adequate time to chill before being whipped. Don't whip the chilled cream until you are ready to make the mousse. The whipped cream will deflate in the refrigerator, so you'd just need to rewhip anyway. You can do a "cold infusion," if you have the time: combine the cream and coffee beans in an airtight container, and refrigerate for 8 to 12 hours. Strain out the beans and continue with the recipe. 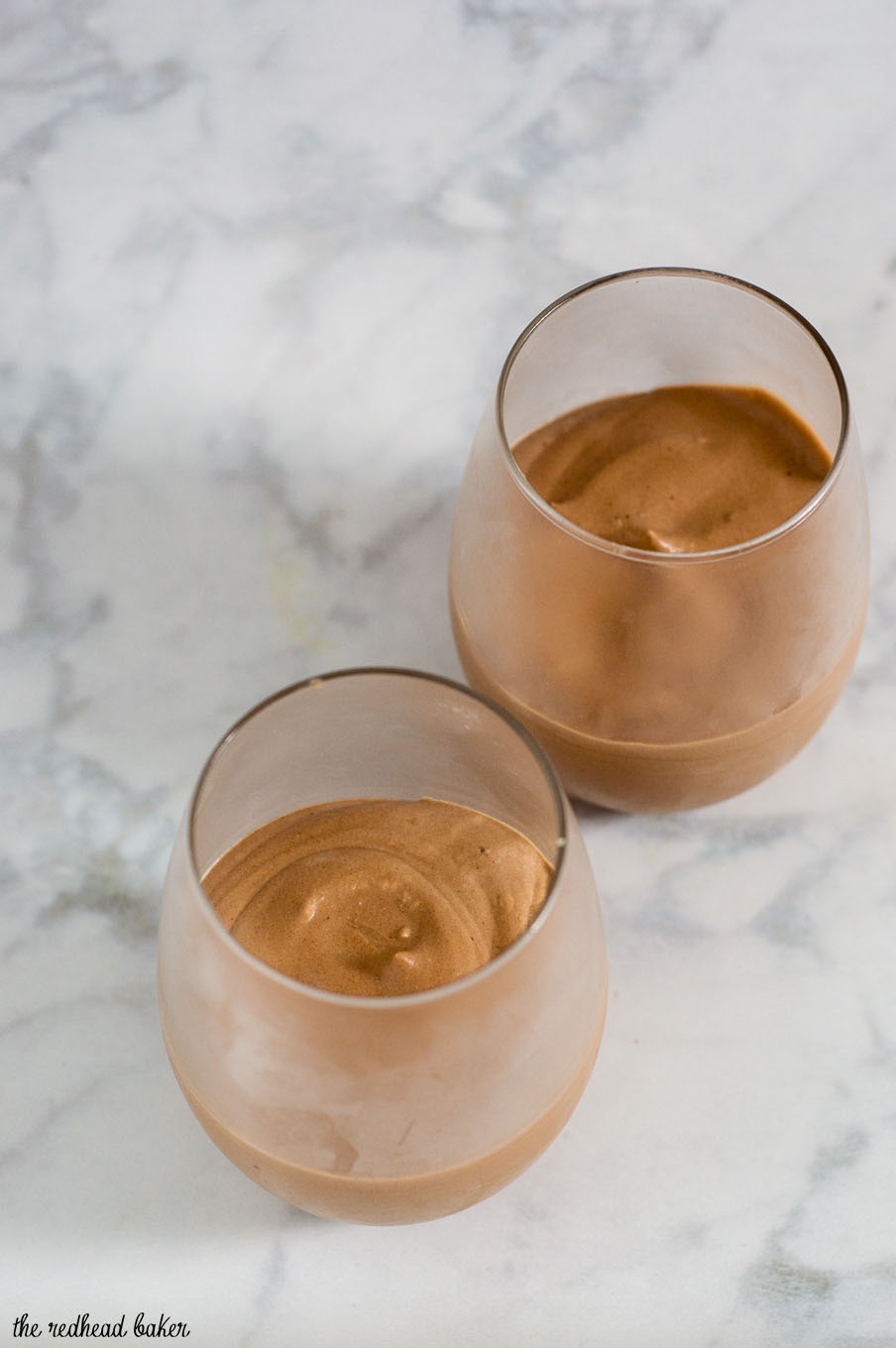 I garnish simply with more homemade sweetened whipped cream, but you can get as elaborate as you like. Chocolate shavings, a sprig of fresh mint, or even a chocolate-covered espresso bean would all complement this dessert well.

One final tip for mousse success: measure all of your ingredients first, and have them all in place, including your serving dishes. This is called "mise en place" (French for "everything in its place"). While this recipe isn't technically difficult, it is time sensitive when you're dealing with whipped ingredients, as you need to combine the whipped yolks, whites and cream before they deflate.

Have you entered the giveaway yet?  Check out my first Choctobefest 2016 post to read all about the prize package.

Pin this recipe for Irish Coffee Chocolate Mousse for later! 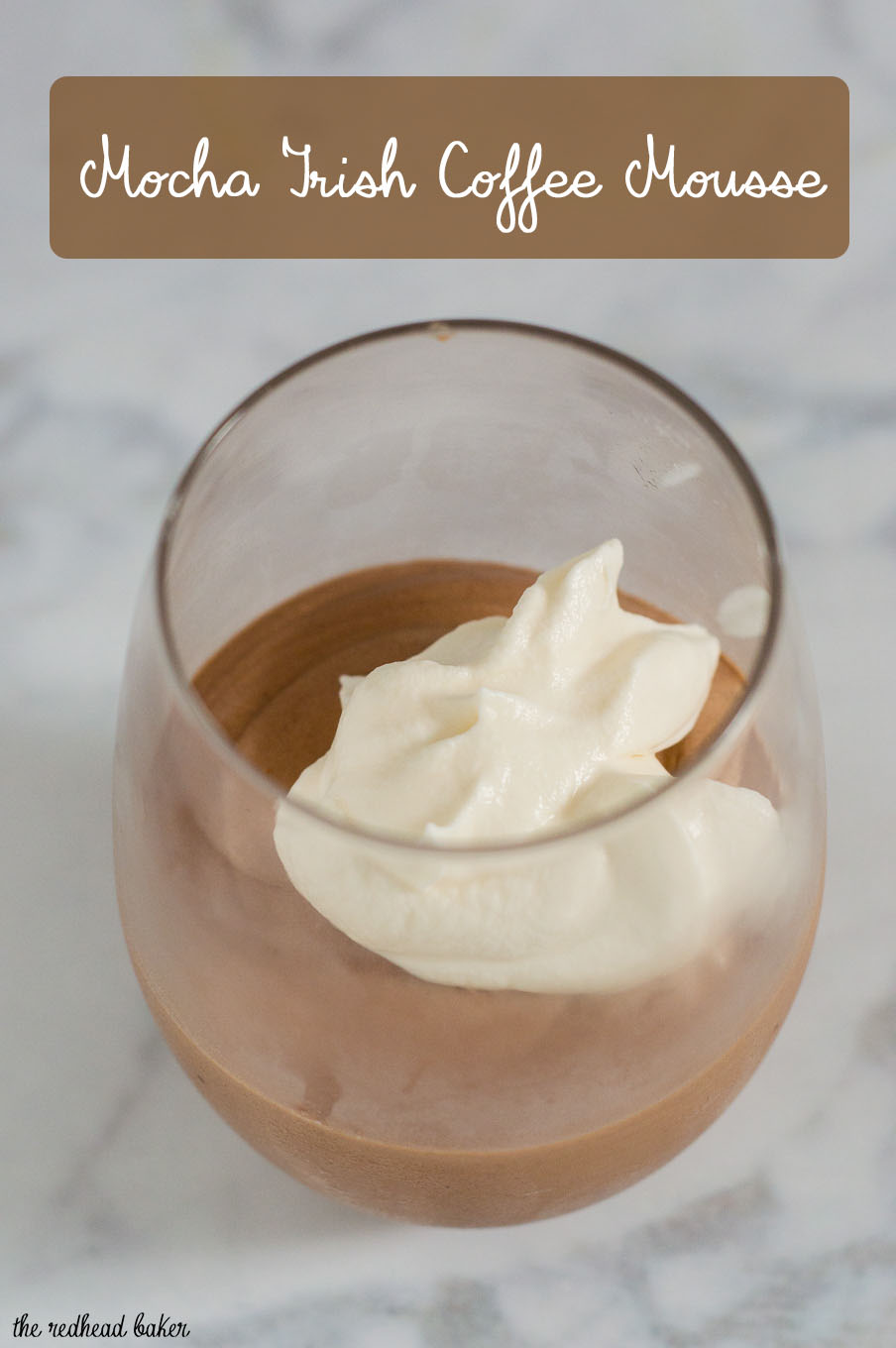 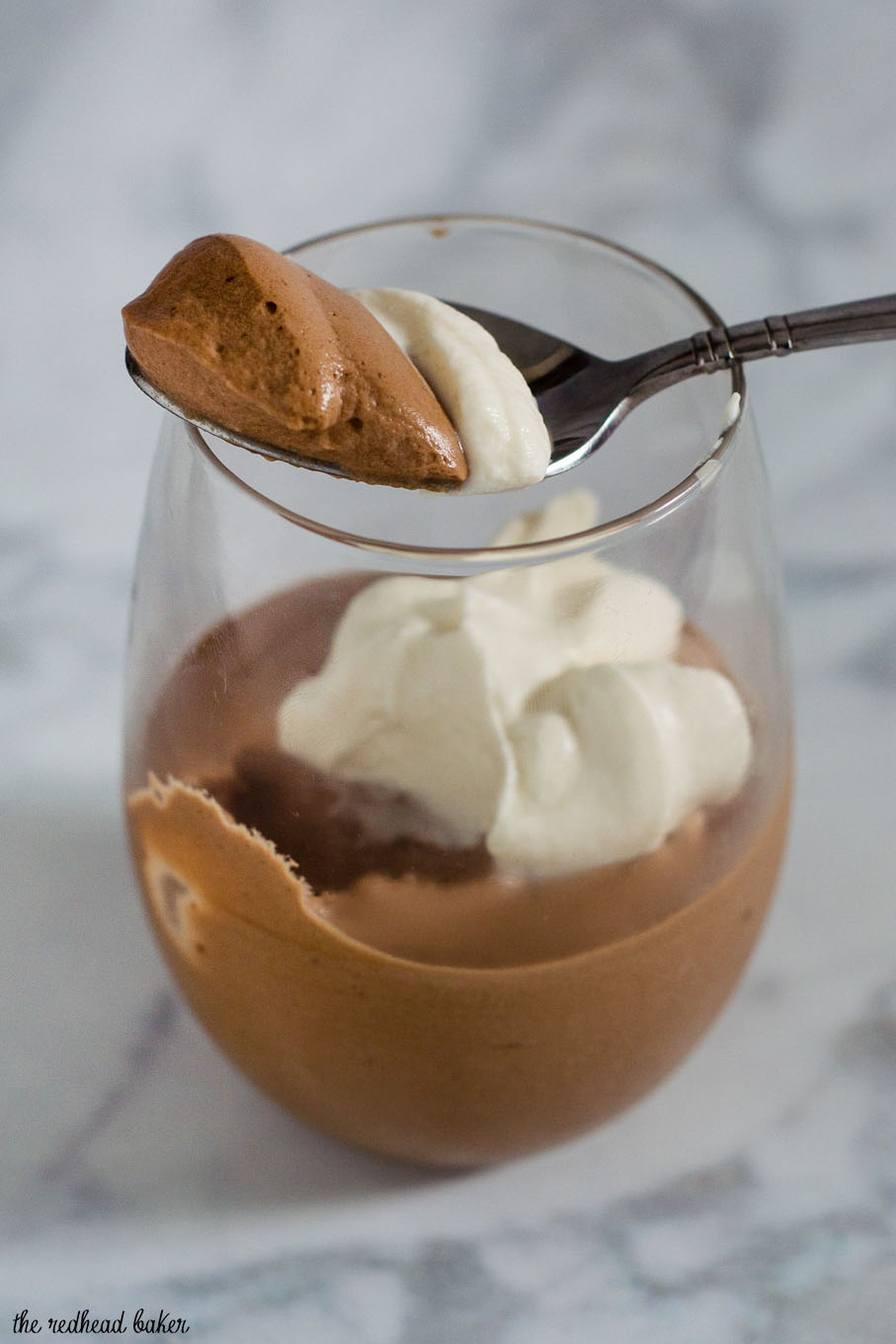