Loukoumades are light, airy puffs of dough are fried, then coated in a sweet honey syrup. Greeks traditionally served these fritters as dessert, but they're equally delicious at breakfast! 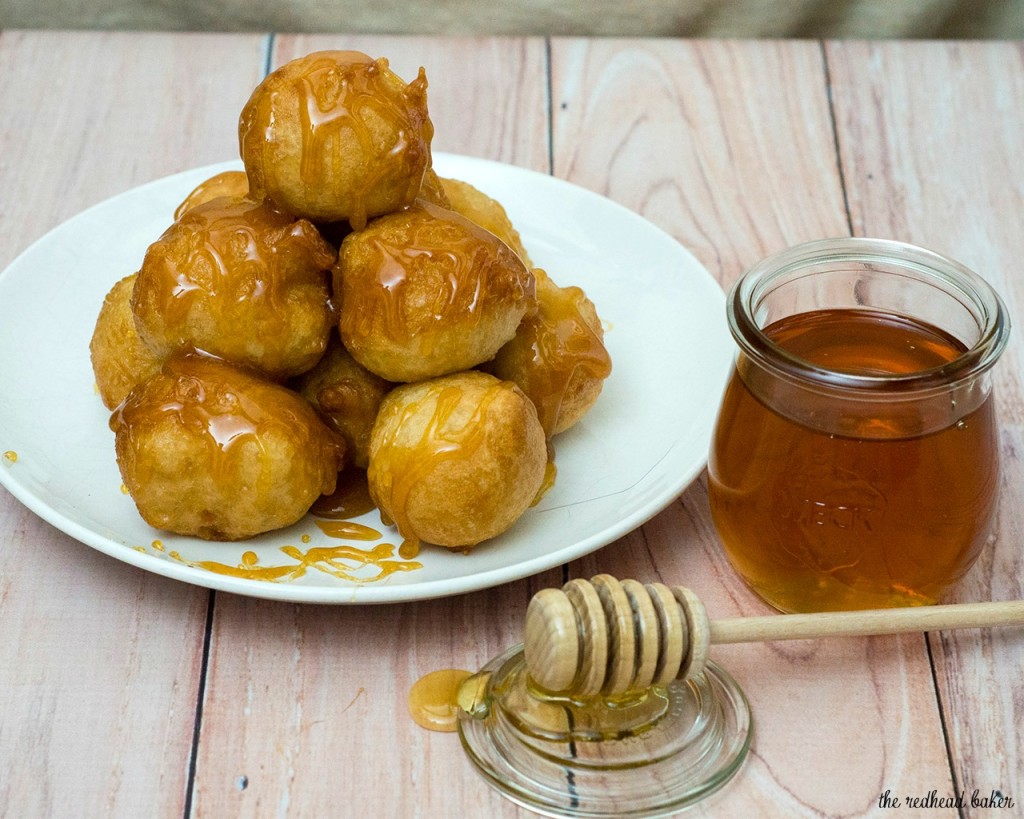 In celebration of the release of My Big, Fat Greek Wedding 2, today's Sunday Supper is themed Greek recipes! What a fun challenge! I don't often eat Greek food. I have a weird issue with nuts. I'm not allergic, but I can't eat most whole nuts, as it causes stomach upset. Nut butters and nut oils don't cause any issues.

But I did love the original movie My Big, Fat Greek Wedding. I saw it twice in theaters, and bought it on DVD the second it was available. I think it's a hilarious movie. So, as you can imagine, I'm really excited to see the sequel. 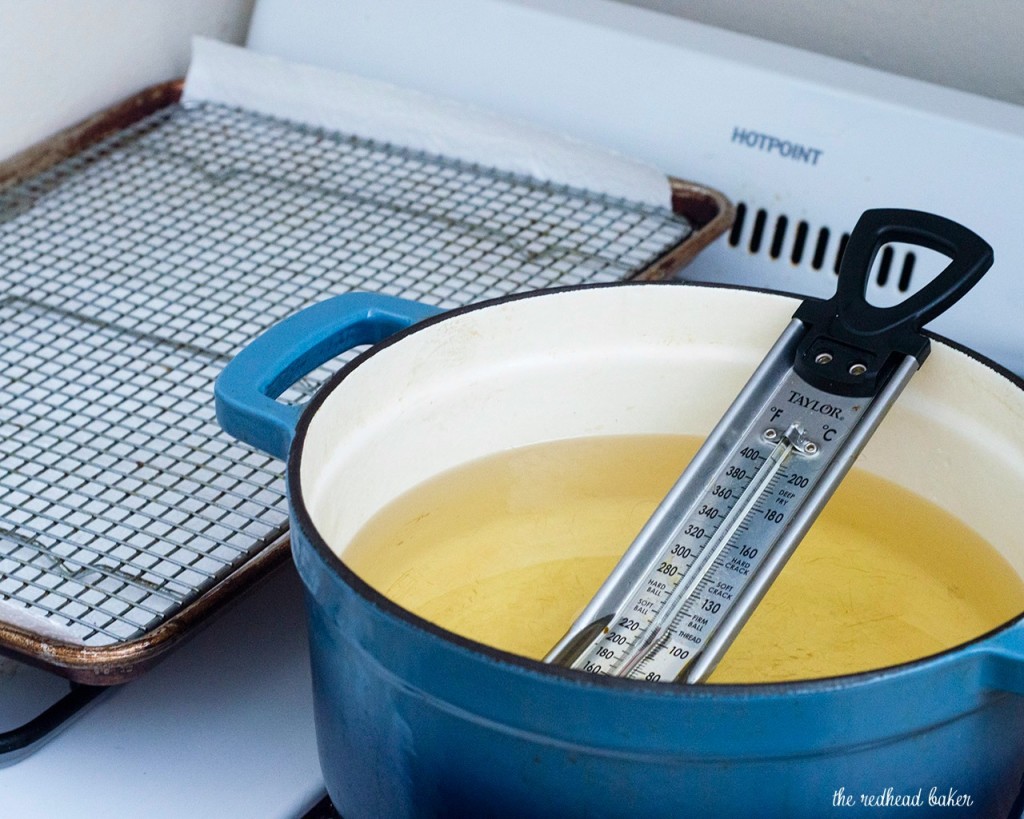 For my Greek dish, I chose a fried pastry called "loukoumades." The dough is very simple, consisting of water, yeast, milk, flour, sugar, and salt. After the batter is mixed and the dough rises, you portion it by the scoopful and fry it in oil, then, coat it in a sweetened honey syrup. Delicious!

To start, you'll need a deep, heavy pot, such as an enameled cast iron Dutch oven, as seen in the photo above. You'll also need a deep-fat-fry thermometer or a candy thermometer. If your oil is not hot enough, your dough won't cook through, and if it's too hot, your dough will burn. On the side, you'll need a baking sheet pan lined with a few layers of paper towel, and a wire cooling rack laid over top.

The batter is not like typical yeast bread dough. It's very loose and foamy, almost like very thick pancake batter. Dip a medium-sized cookie scoop in some water, then scoop out some batter. The water will prevent most of the batter from sticking to your scoop. 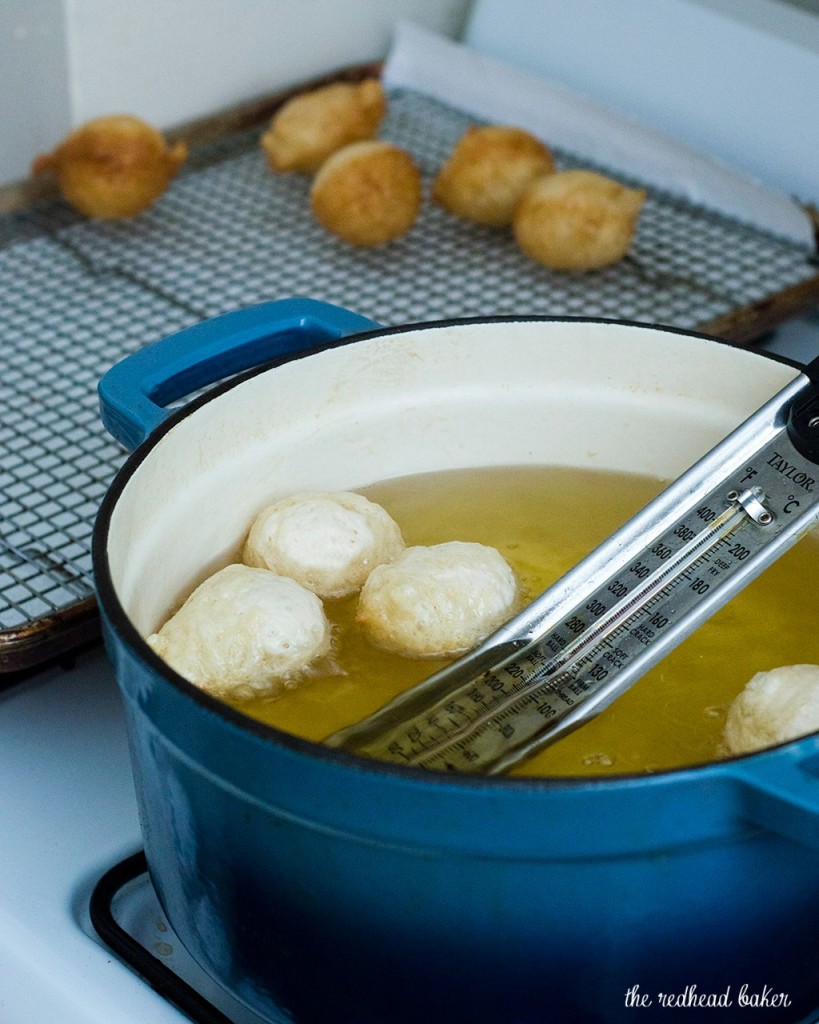 Depending on the size of your pot, you'll need at least 4 cups of canola oil, or more if you have a bigger pot. You need at least 2 inches of oil in your pot. Food that's being deep-fried needs plenty of room. Despite my large pot, I only fried four or five fritters at a time. In addition, overcrowding the fryer can lead to a big drop in your oil's temperature, meaning your fritters won't cook through.

When cooking your honey syrup, watch it carefully. As it boils, it will bubble up vigorously. Use at least a medium-size saucepan to give it room without bubbling over. Pour it over the fritters immediately, as it will thicken and harden as it cools. If you choose to use walnuts as garnish, sprinkle them on immediately after your pour on the syrup, so they stick before the syrup hardens. 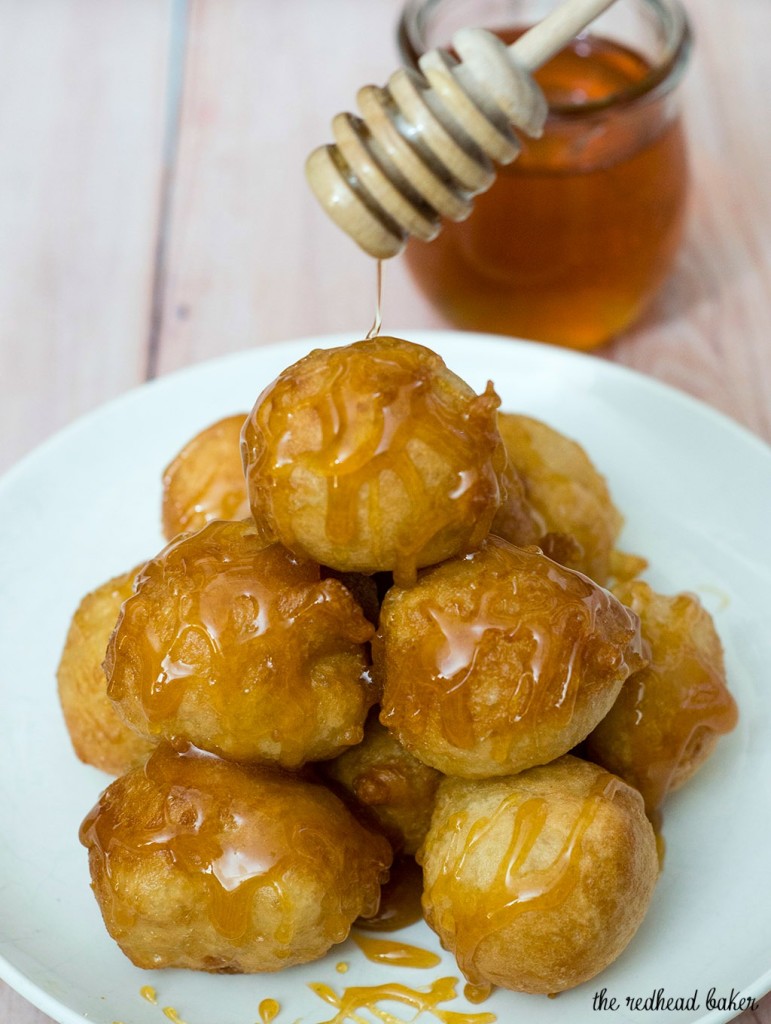 For the honey syrup:

Slightly adapted from My Greek Dish