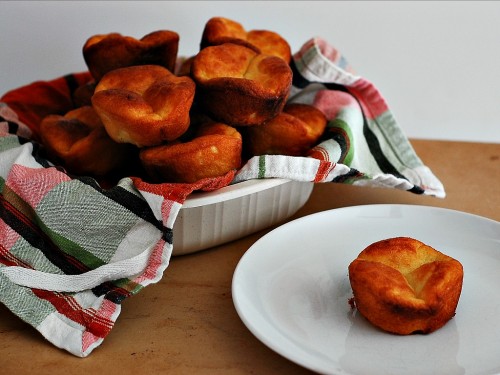 Brunch is my favorite meal. I think it's because I only have brunch out at a restaurant, so there's no cooking OR cleaning involved. There's usually always dishes that I don't typically make at home.

One of those dishes is brioche French toast. Sure, I make French toast at home, but not with brioche. Brioche is an rich bread made with eggs and butter.

But brioche is also delicious on its own. It can come in many forms: a loaf, a braided loaf, or individual muffin-sized knots called petit brioche a tete. These are usually baked in individual fluted molds.

Most people don't own these molds (and there isn't too much else you can do with them), so I found an easier way to bake them: as mini brioche rolls in muffin tins.

The biggest piece of advice I can give is to weigh your ingredients. It's the most accurate means of measuring ingredients, and will give the most consistent results. You'll also get consistently-sized mini brioches, which means even baking. 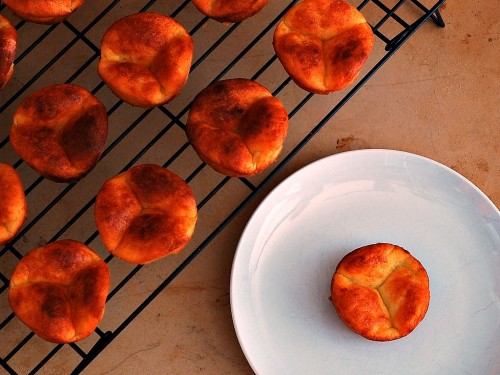