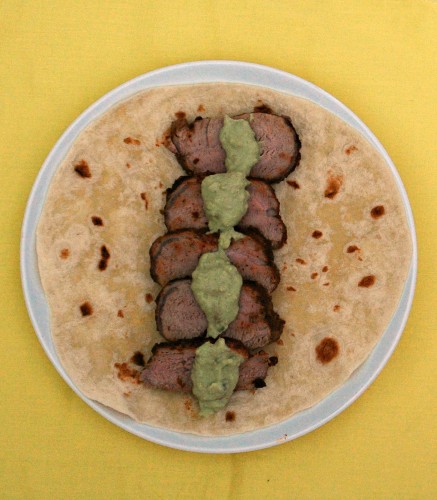 I've tried. I've eaten it quite a few times, thinking maybe I didn't get a "good" one the last time. But sadly, I don't like pineapple. Not on its own.

When pineapple is not the dominant flavor, however, I've really enjoyed recipes that include it, like the jerk burgers with pineapple-lime salsa, and the red, white, and blue sangria.

And the streak continues with these pineapple-chipotle pork tacos. I needed pineapple juice for the sangria, and I bought a four-pack of 8-ounce cans at Trader Joe's. The sangria only used 1 can, so I had 3 left over. What to do with 24 ounces of pineapple juice?

Dave used two cans to experiment with a new cocktail. I did a Google search to find a recipe to use the last one. I knew I had a pork tenderloin in the freezer to use. And on About.com, I found pineapple-chipotle pork. At the bottom of the recipe, they note that the pork can be sliced thinly and served on a tortilla, so I decided to serve it that way.

These tacos were delicious — the marinade makes them SPICY, but the avocado crema cuts the heat. All that being said, they needed something more. Maybe some type of salsa or slaw for a textural crunch.

Well, I guess I'll just have to make these again. 😉 Oh, the sacrifices I make for this blog! 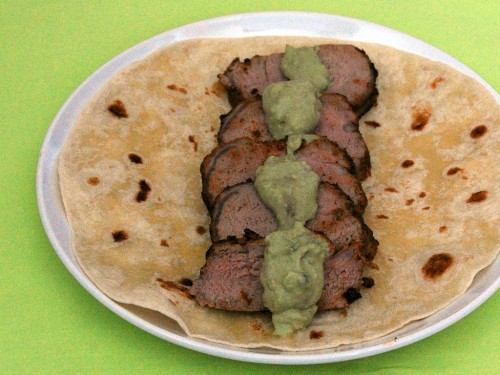