Make an exotic Thai chicken pizza for National Pizza month! Top homemade a pizza crust with sweet Thai sweet chili sauce, shredded chicken and bell peppers. Compensation for this post was provided by Gallo Family Vineyards via Sunday Supper, LLC. The opinions expressed herein are those of the author, and are not indicative of the opinions or positions of Gallo Family Vineyards. 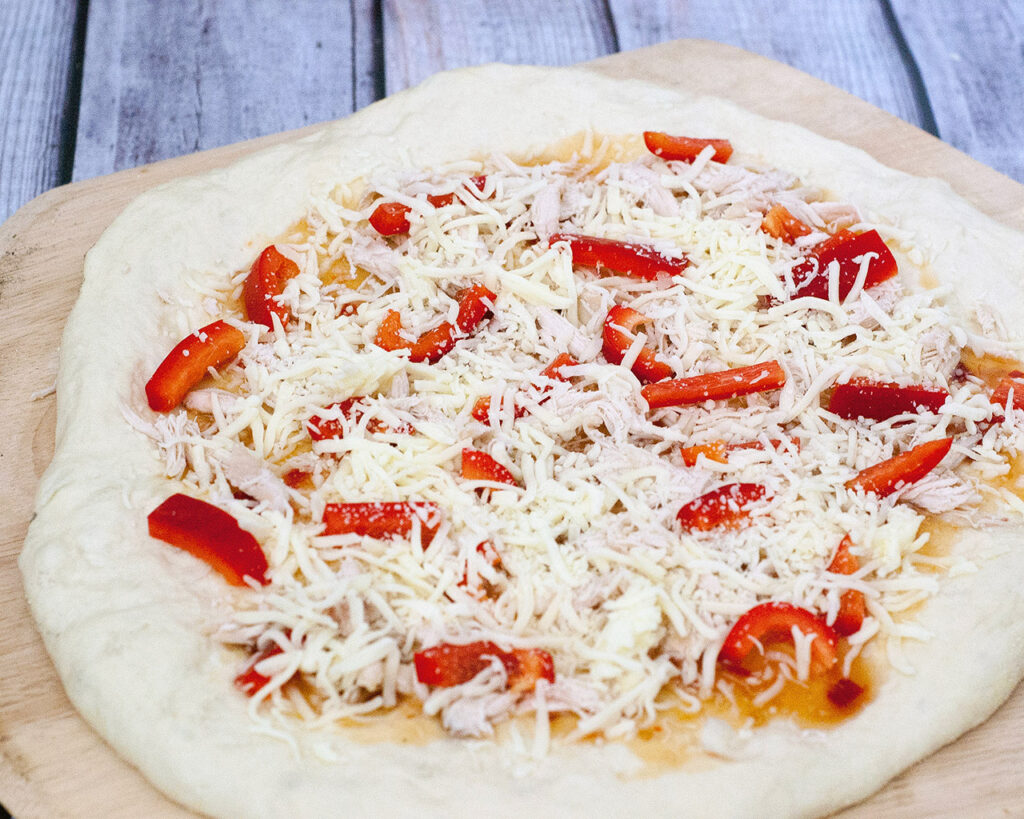 Pizza is one of my favorite foods. It’s a good thing there’s a whole month dedicated to celebrating it, because I need that long to enjoy all of the different flavor combinations I like on my pizza. Friday is our family’s dedicated pizza night, and I love that Liam joins me in the kitchen to help me make the pizza crust dough from scratch. His favorite part is punching down the dough after the first rise.

Homemade pizza crust is so easy to make, and I just haven’t found a store-bought version that matches the workability and flavor of homemade. The measurements for the pizza crust ingredients are almost all by weight, because it ensures accurate measurements and ratios of ingredients, which ensures an easy-to-shape dough. I usually make a double batch of dough at a time, so that I have one ball to bake right away, and one to freeze for the following week. 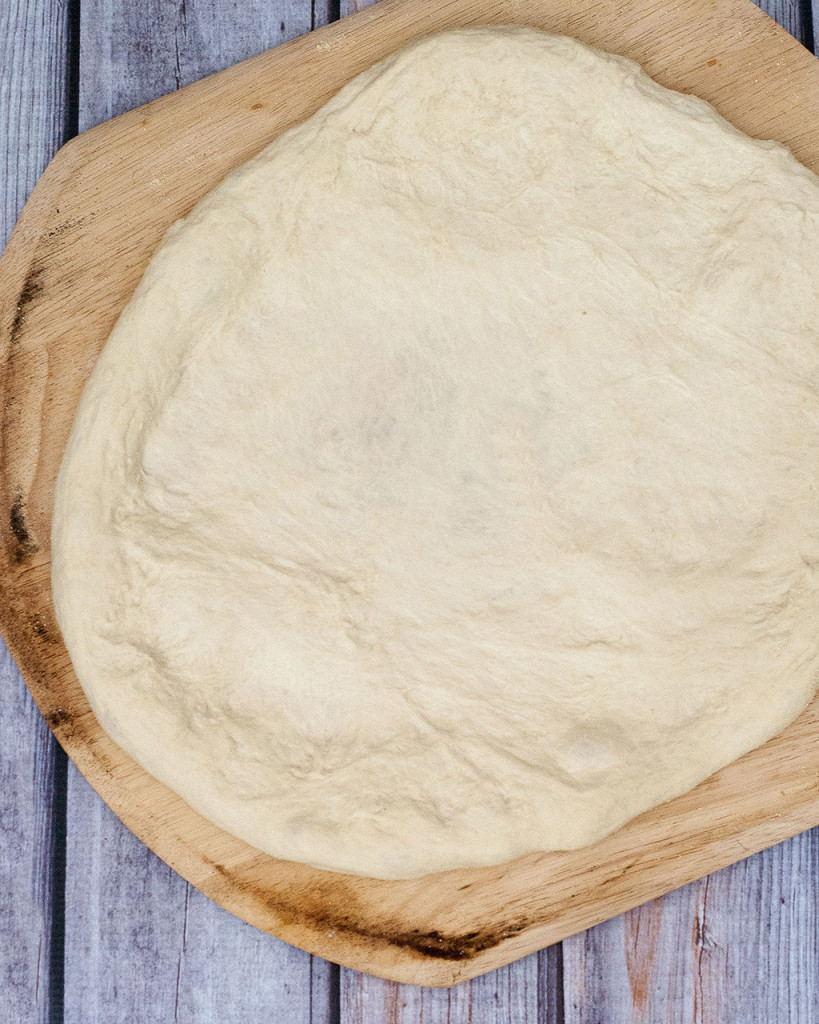 This particular pizza topping combination came about from half a bottle of Thai sweet chili sauce, leftover after I had made Crab Rangoon. What to do with this delicious leftover sauce? It was Friday, our pizza day, and I didn’t know what I was going to do for that night’s pizza. Then I laid eyes on that bottle of sauce. What if I used the sweet chili sauce in place of tomato sauce?

If you don’t want to deal with store-bought or homemade pizza dough, you could go really fancy and bake this pizza on a piece of flatbread or Indian na’an bread. 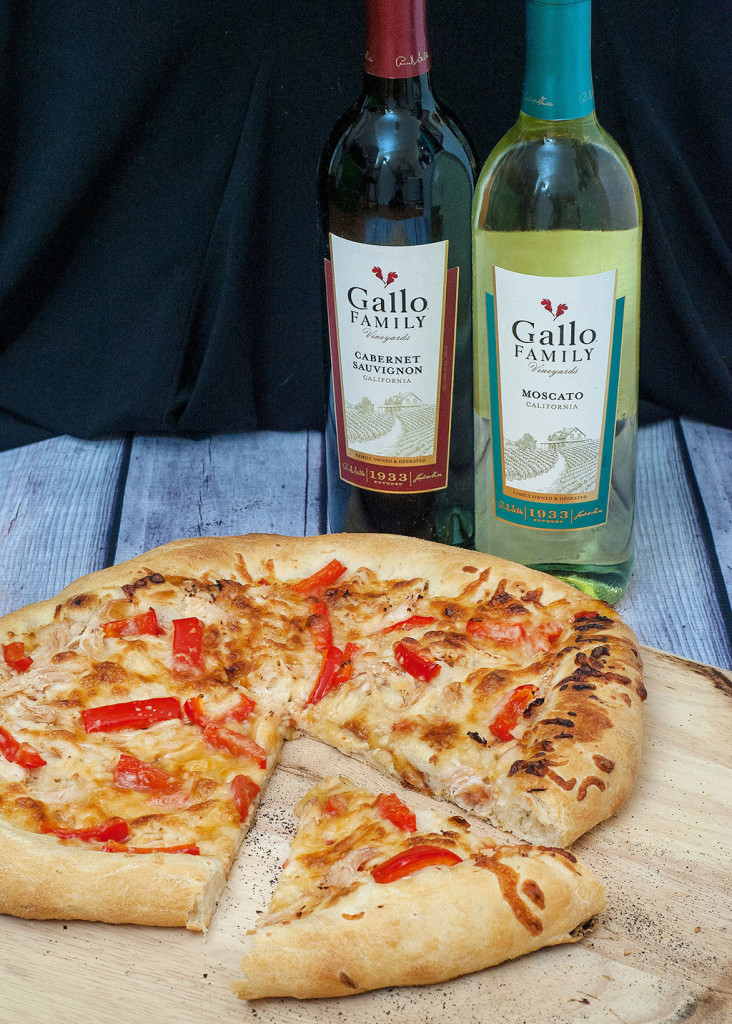 This pizza has made many appearances on our table since the first time I made it. It’s even led to Dave asking me on a Friday if it’s “regular pizza night” or “fancy pizza night.” He teases me about some of the more unusual pizza toppings I’ve used, but he always seems to enjoy the fancy pizzas just a bit more than the regular pepperoni-and-cheese pizzas. And “fancy” pizzas have been a successful way of getting Liam to try ingredients that he’s refused to try any other time. 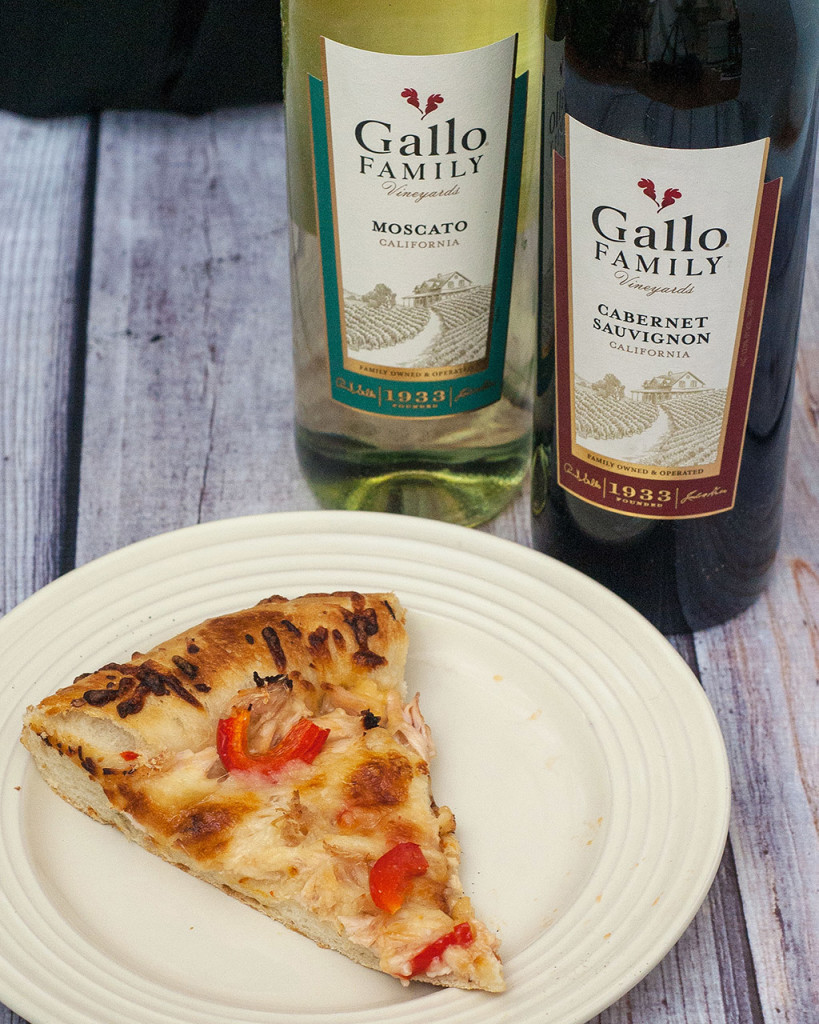 For topping the pizza: 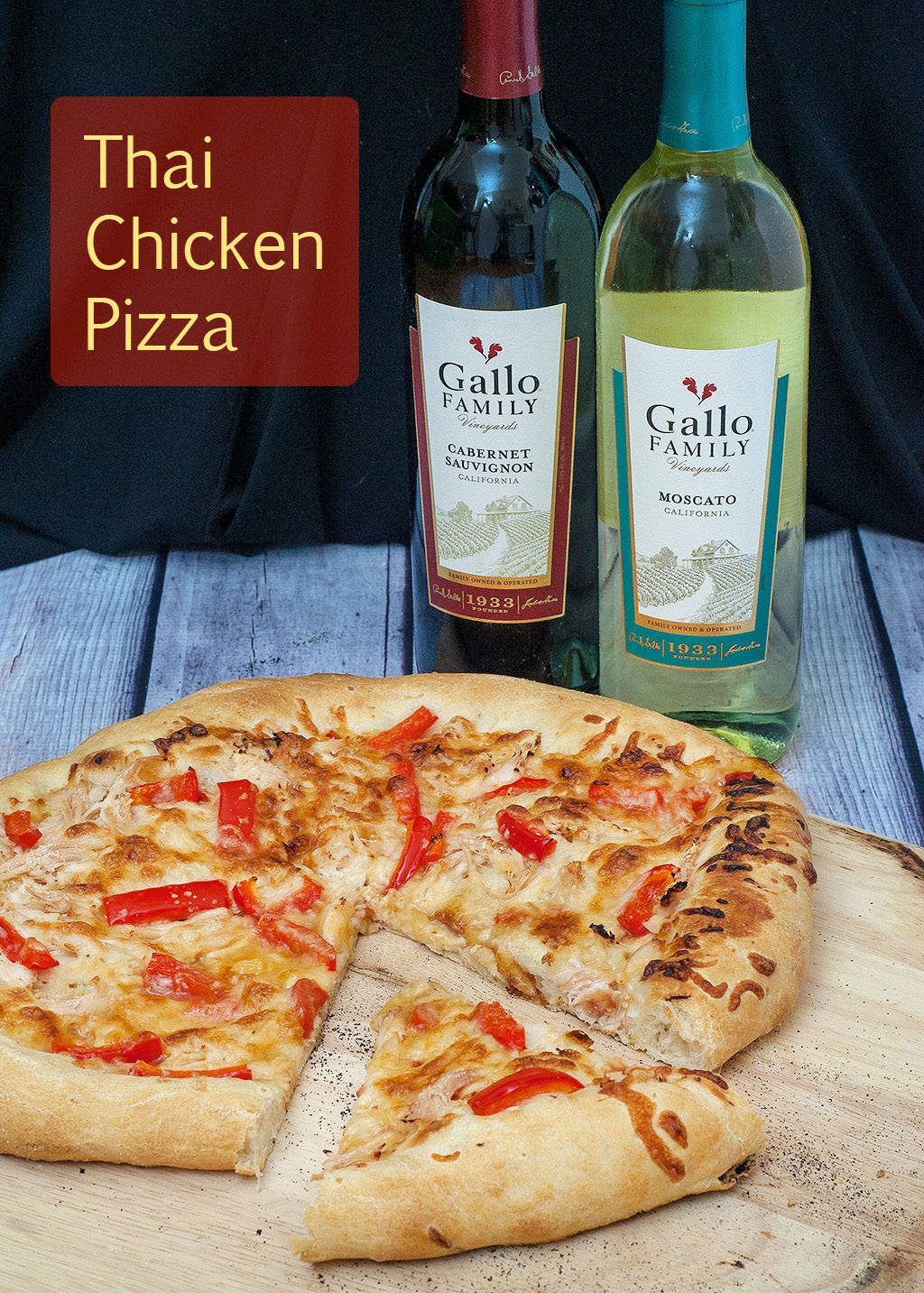