Three years old. About 40 inches tall! And just over 37 pounds. At birth, he was 19 inches long, and just under 6 pounds.

We celebrated his birthday with a Sesame Street-themed friends-and-family party. 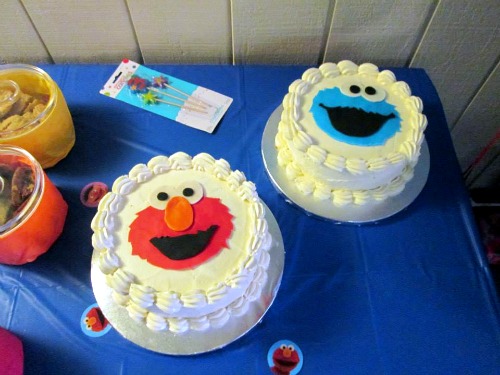 I made the character faces by printing out line drawings on cardstock and cutting them out. Then I rolled out fondant (red for Elmo's face; blue for Cookie's face; white for the eyes, black for the pupils and mouths, and orange for Elmo's nose), and traced around the cardstock with a paring knife. Super easy, and Liam loved it. 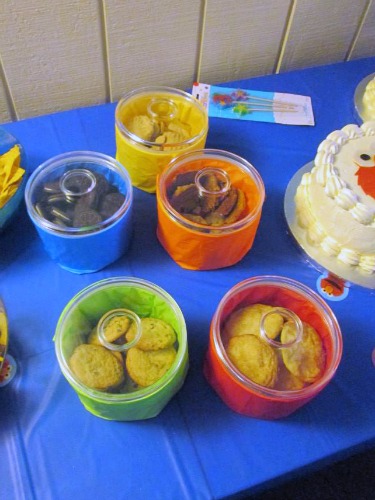 I also made Oscar's Trashcan Dirt Pudding cups (chocolate pudding topped with chocolate graham cracker crumbs) that were a huge hit with kids and adults alike!

He received lots of fun gifts, and was still talking about his birthday party days later! Thanks to all our family and friends who celebrated with us!