This post is sponsored in conjunction with #BrunchWeek. I received product samples from sponsor companies to aid in the creation of the #Brunchweek recipes. All opinions are mine alone. 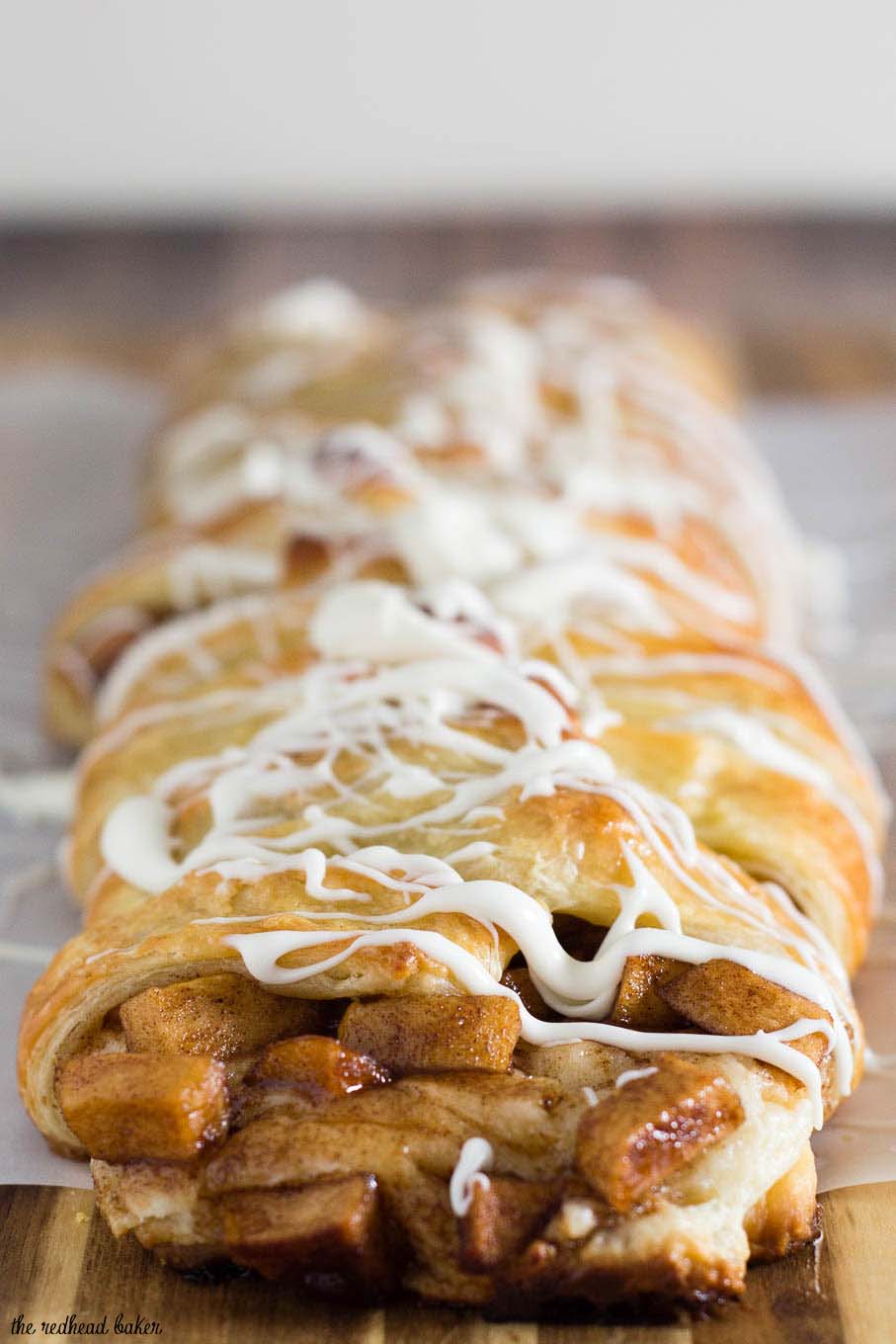 It's BrunchWeek time again, hosted by Terri of Love and Confections. This is my third year participating, because brunch is my favorite meal. We have several great sponsors this year, who've generously donated some wonderful prize packages, which you can read about on my giveaway page. Update: giveaway has ended.

As I mentioned in my post yesterday, I love sweet brunch dishes, so of course, I needed to make one for BrunchWeek! In past years, I've made pancakes and French toast. This year, I tackled Danish pastry. Danish pastry often intimidates home bakers because of the process involved in making the laminated sweet dough. "Laminated dough" is a term that refers to how the butter is incorporated into the dough. It becomes laminated in flour, which creates a tender, flaky pastry. One example is croissants. 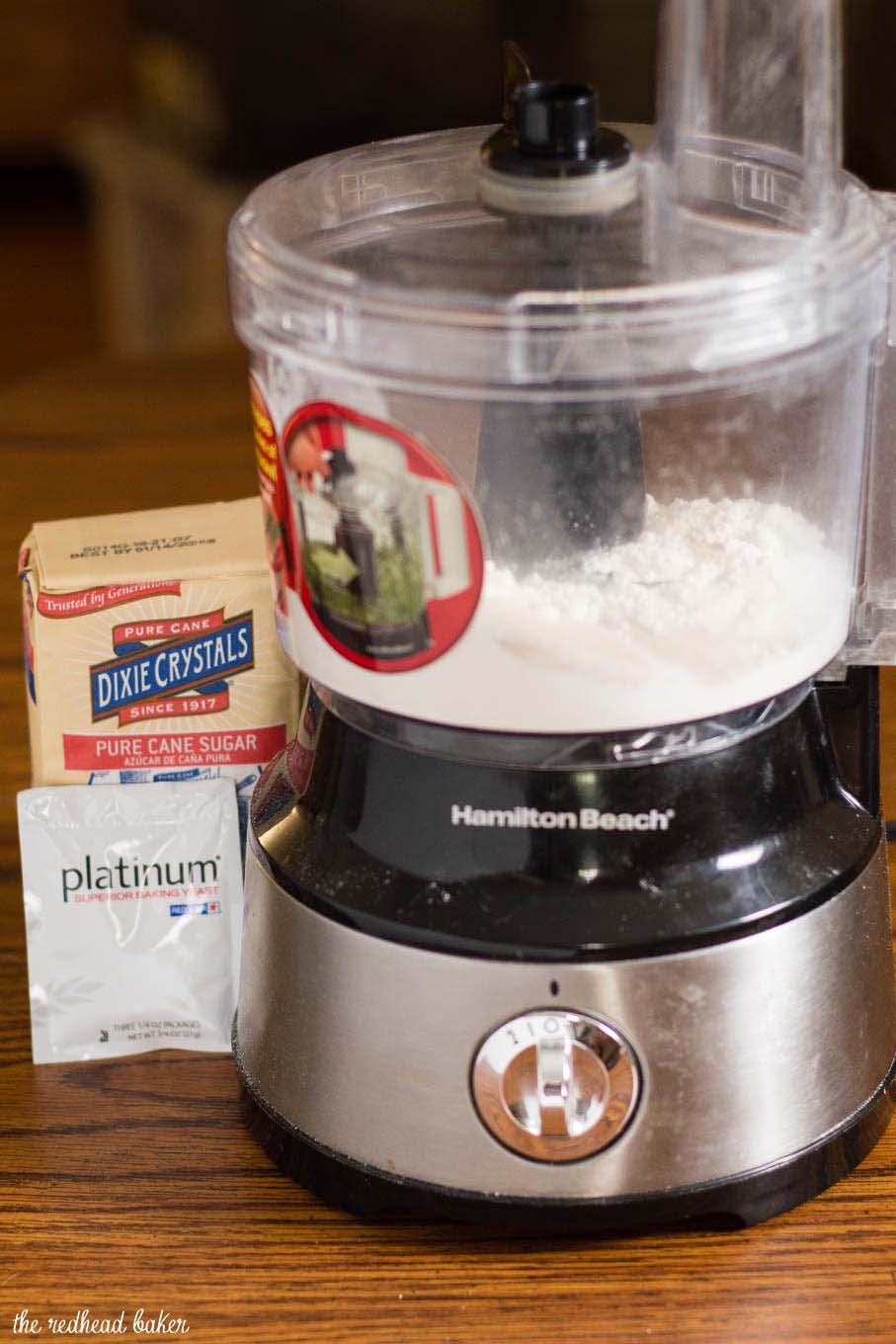 In traditional recipes, you literally wrap a block of butter in a flour-sugar-water-and-yeast dough (yes, yeast. Don't panic. Red Star's Platinum Yeast is practically fool-proof). You then roll it out, fold it, and re-roll it several times. It's HARD to do that at home (professional bakeries have the benefit of a machine called a sheeter, which quickly and easily rolls out dough for you), so this recipe takes a shortcut by cutting the butter into the dough using a food processor. You still roll, fold and re-roll the dough, but it takes a lot less elbow grease.

The process does still take a lot of time, so be prepared for this process to take at least two days. In order to create a tender pastry, the dough needs a LOT of time to rest between rolls and folds. But believe me, the final pastry is definitely worth the work. 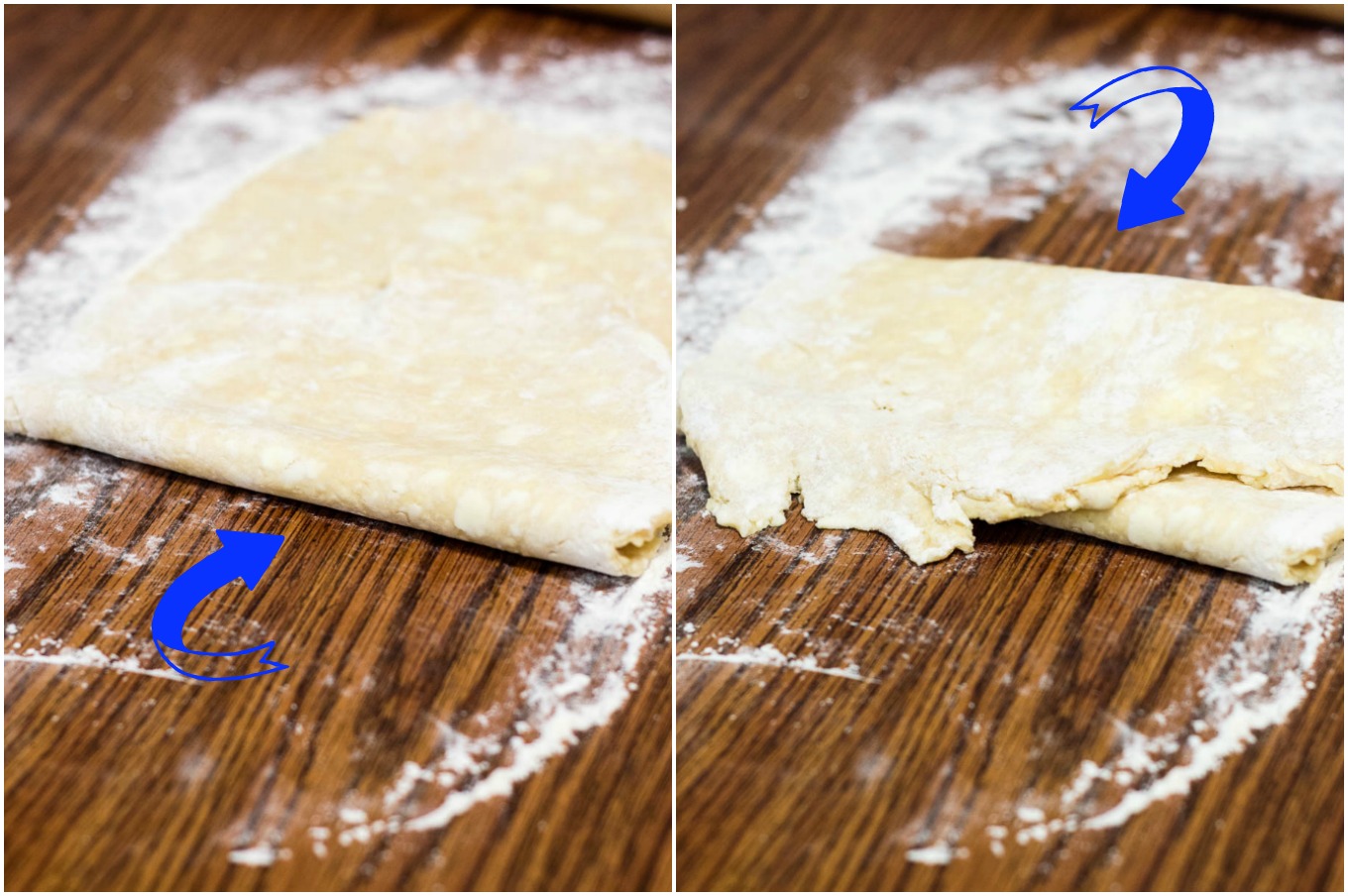 This same dough can be used to create the classic round, fruit-in-the-center pastries that you see in bakeries and coffee shops, but those can be time-consuming to cut and shape, especially when making them for a crowd. Hence, we roll out the dough to a large rectangle, mentally divide it into thirds, and create a braid.

Creating the braid looks a lot more difficult than it really is, so I won't tell if you insinuate to your impressed guests how you SLAVED over creating this beautiful masterpiece of a pastry. If they claim that it's just too pretty to eat, that just means there's more for you. Wink, wink. 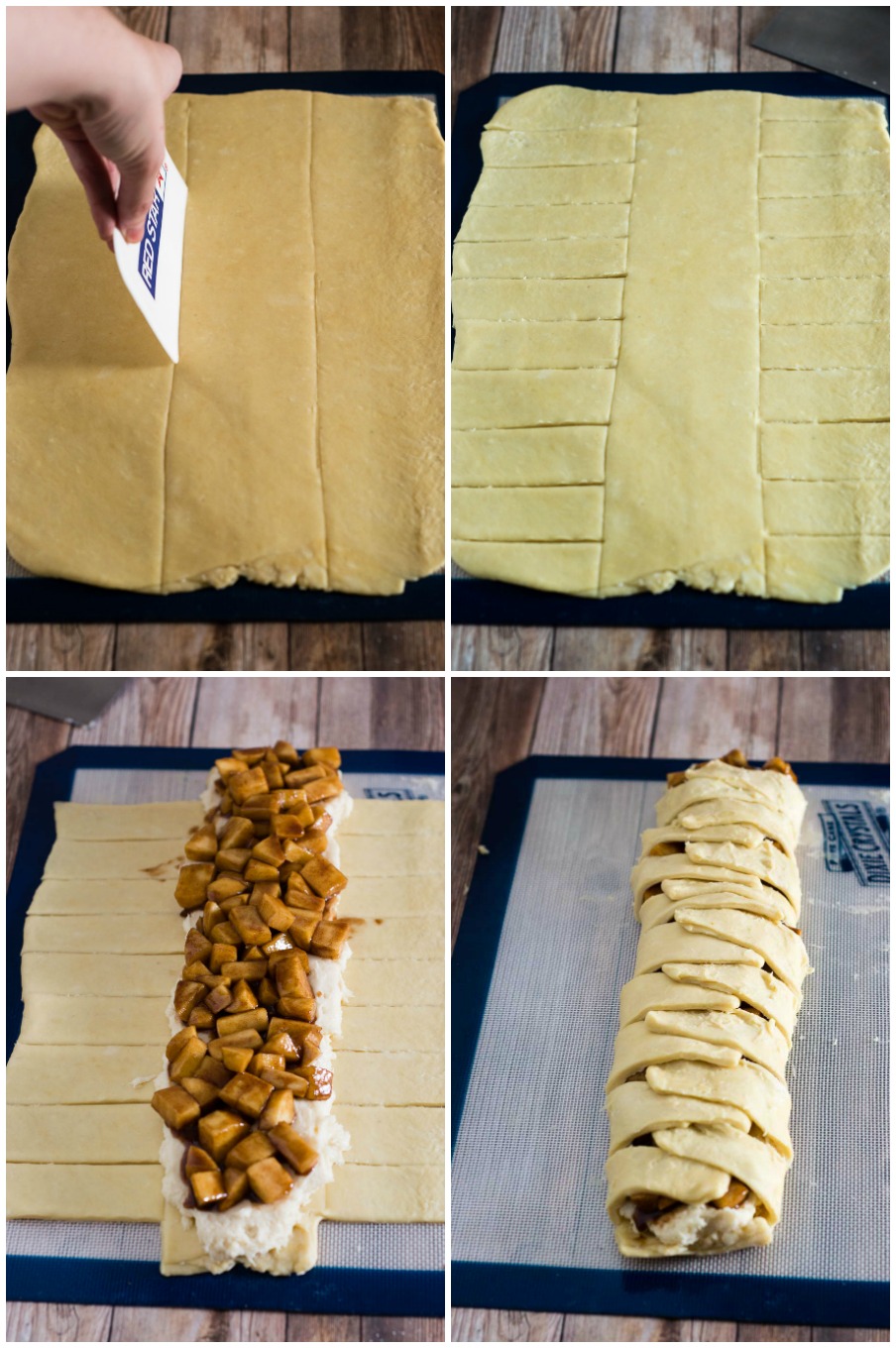 The filling is delicious enough to eat with a spoon, but try and restrain yourself. Lady Alice apples from Rainier Fruit are cooked in a mixture of brown sugar and butter just until fork-tender. They are a great baking apple that doesn't turn to mush when cooked. They're piled on top of a sweetened cream cheese mixture that almost tastes like cheesecake.

An egg wash (a mixture of egg and water brushed over the pastry just before baking) is optional, but I don't recommend skipping it. It's the secret that bakeries use to get that beautiful shine on all of their baked goods. 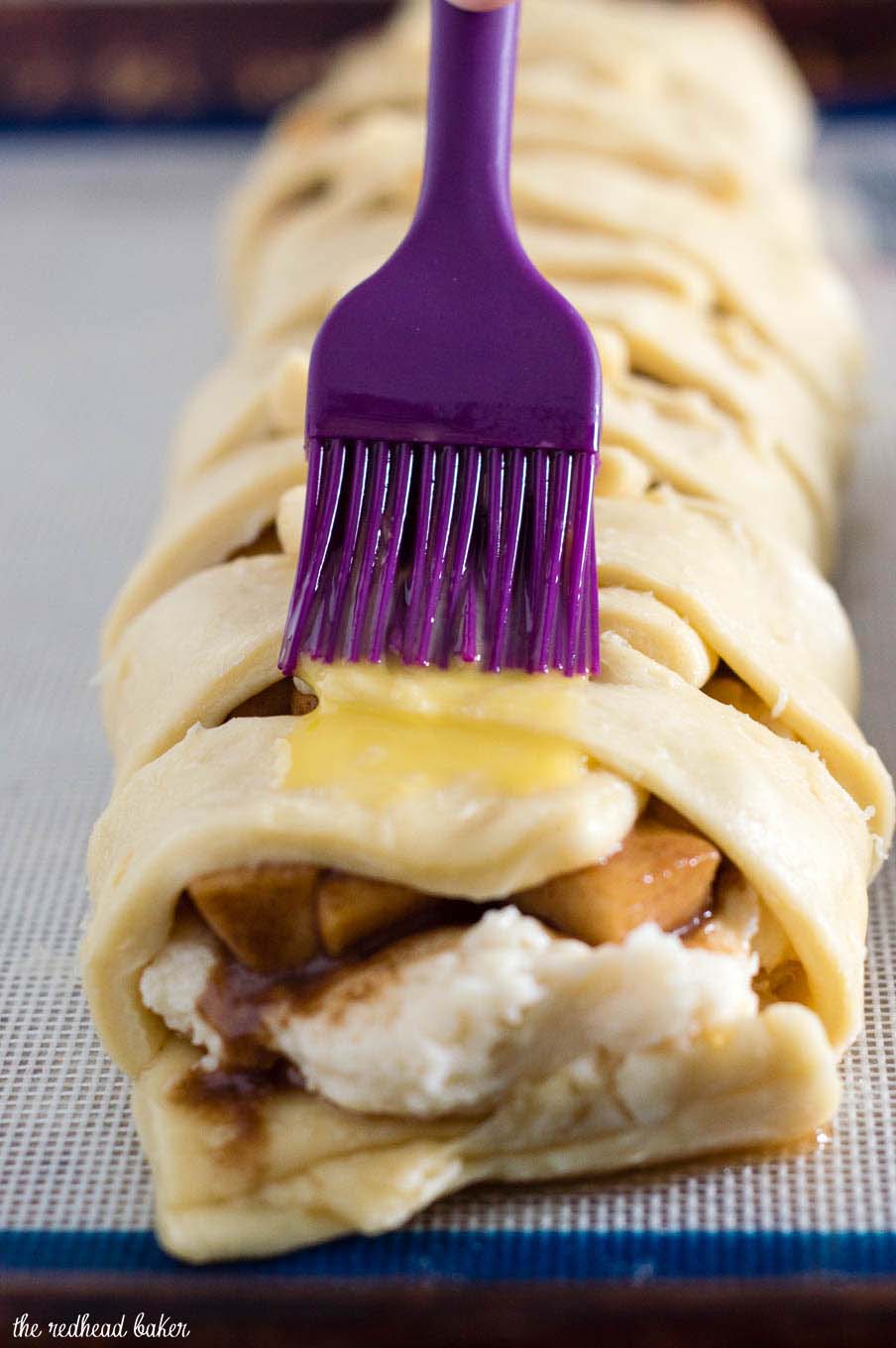 And the finishing touch is a drizzle of simple icing: a mixture of powdered sugar, cream, and Nielsen-Massey vanilla extract. Nielsen-Massey's almond extract can be used in place of the vanilla, if you prefer that flavor instead.

This is a rich pastry, so cut these rather thin, especially if you have several other brunch dishes being served. 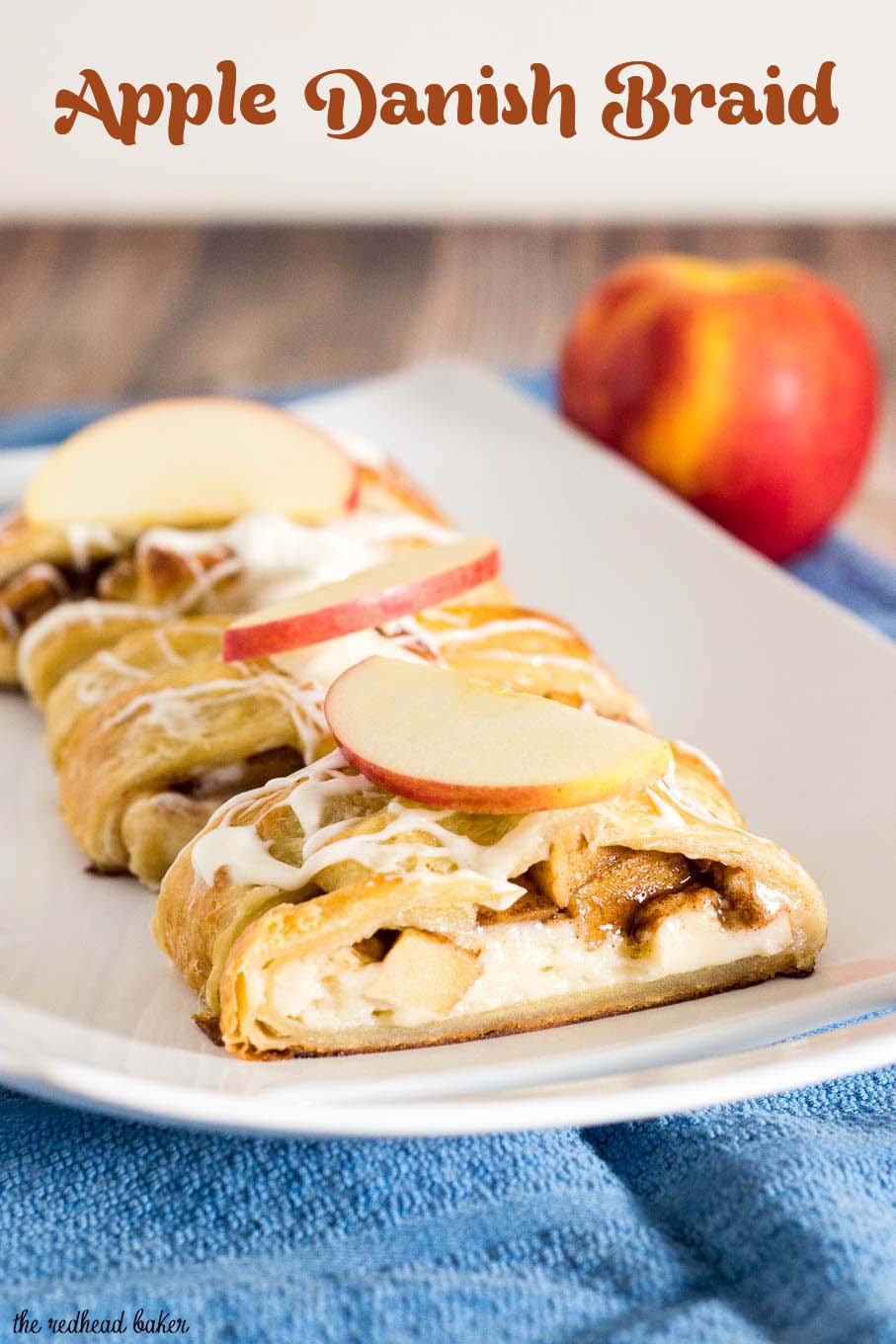 For the Danish dough

For the apple filling

For the cream cheese filling

For the egg wash

Take a look at what the #BrunchWeek Bloggers are creating today!

BrunchWeek Fruits, Vegetables and Sides:
Green Bean and Potato Salad from A Day in the Life on the Farm
Individual Swiss and Asparagus Tarts from Family Around the Table
Mesclun Salad with Grilled Asparagus & Raspberries from Hardly A Goddess
Sweet Potato Hash from Brunch-n-Bites

Disclaimer: Thank you to #BrunchWeek Sponsors: Red Star Yeast, Dixie Crystals, Cabot Cheese, Nielsen-Massey, Rainier Fruit, and Michigan Asparagus for providing the prizes free of charge. These companies also provided the bloggers with samples and product to use for #BrunchWeek recipes. All opinions are my own. The #BrunchWeek giveaway is open to U.S. residents, age 18 & up. All entries for the winner will be checked and verified. By entering you give the right to use your name and likeness. The number of entries received determines the odds of winning. Six winners will be selected. The prize packages will be sent directly from the giveaway sponsors. The #BrunchWeek Bloggers are not responsible for the fulfillment or delivery of the prize packages. Bloggers hosting this giveaway and their immediate family members in their household cannot enter or win the giveaway. No purchase necessary. Void where prohibited by law. This promotion is in no way sponsored, endorsed or administered by, or associated with Facebook, Instagram, Pinterest, or any other social channel mentioned in the #Brunchweek posts or entry.