Since most of the world's rum is produced in the islands of the Caribbean, the liquor is found in many dishes native to The Bahamas. One of those is rum cake, a buttery treat with a strong rum flavor. 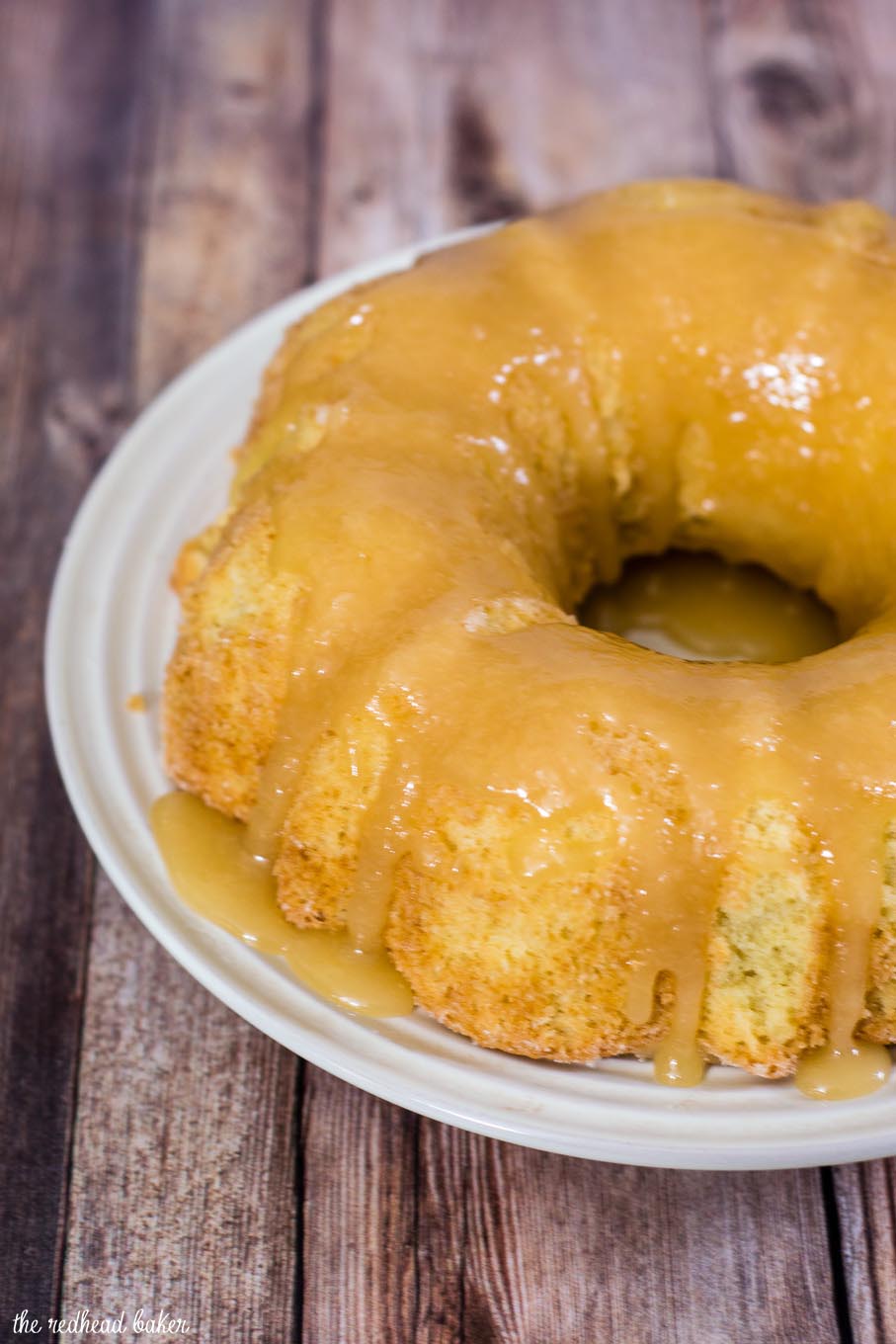 If you have a pulse, you probably know that the Caribbean region is known for its rum. One of the main crops in the islands of the Caribbean in the 17th century was sugarcane. Rum is distilled from alcoholic byproducts of the sugar refining process.

For that reason, rum is a central ingredient in all kinds of recipes native to the nations of the Caribbean. 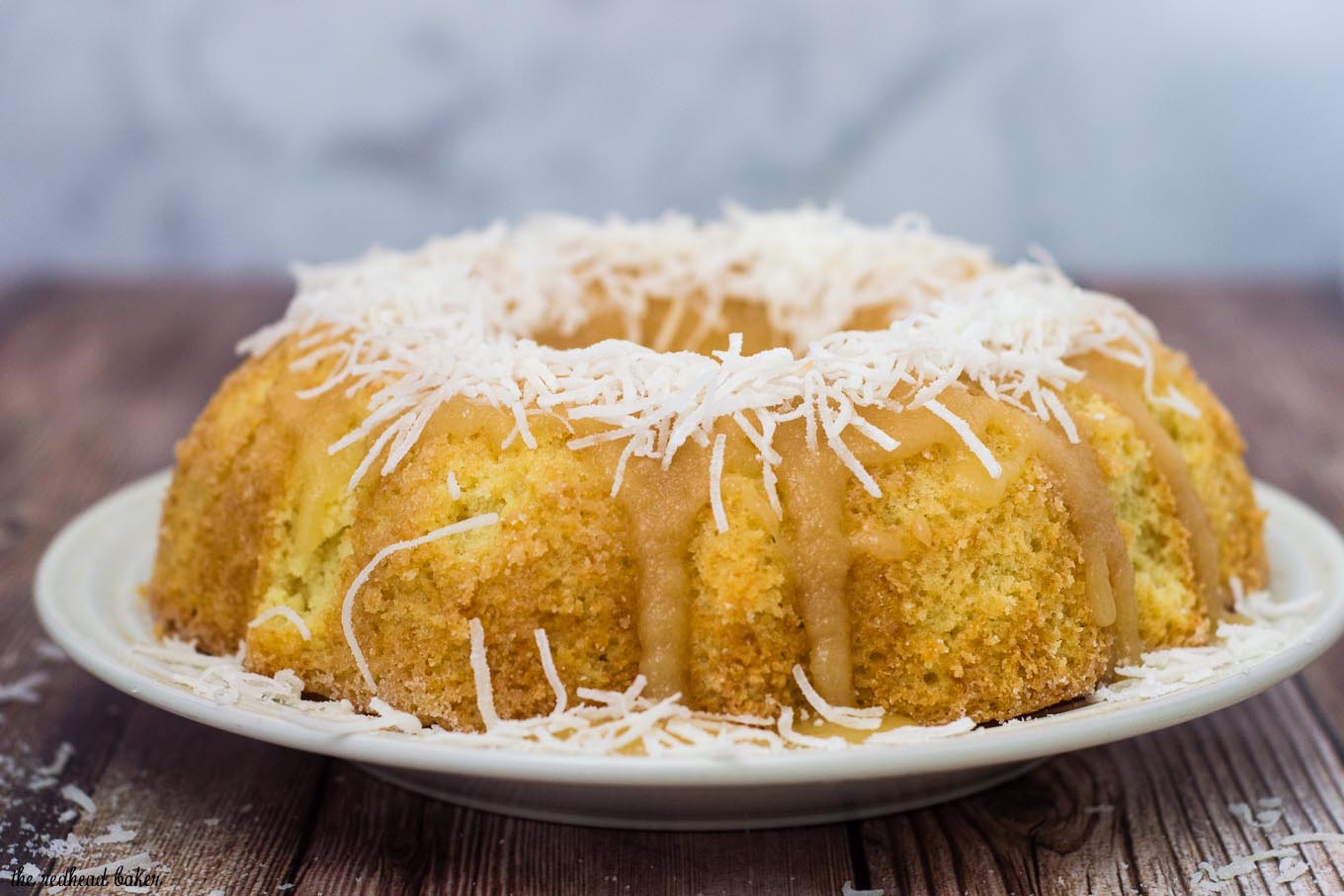 One of those recipes is rum cake from The Bahamas. This cake is unlike any I have had before, from the mixing process down to the texture. It requires three bowls to mix, but the result is so very worth it.

Despite being lightened by whipped egg whites, the texture is dense like a pound cake, and so very buttery. It also has a very distinct flavor of rum that doesn't hit you right away. It's a fun cake to eat! 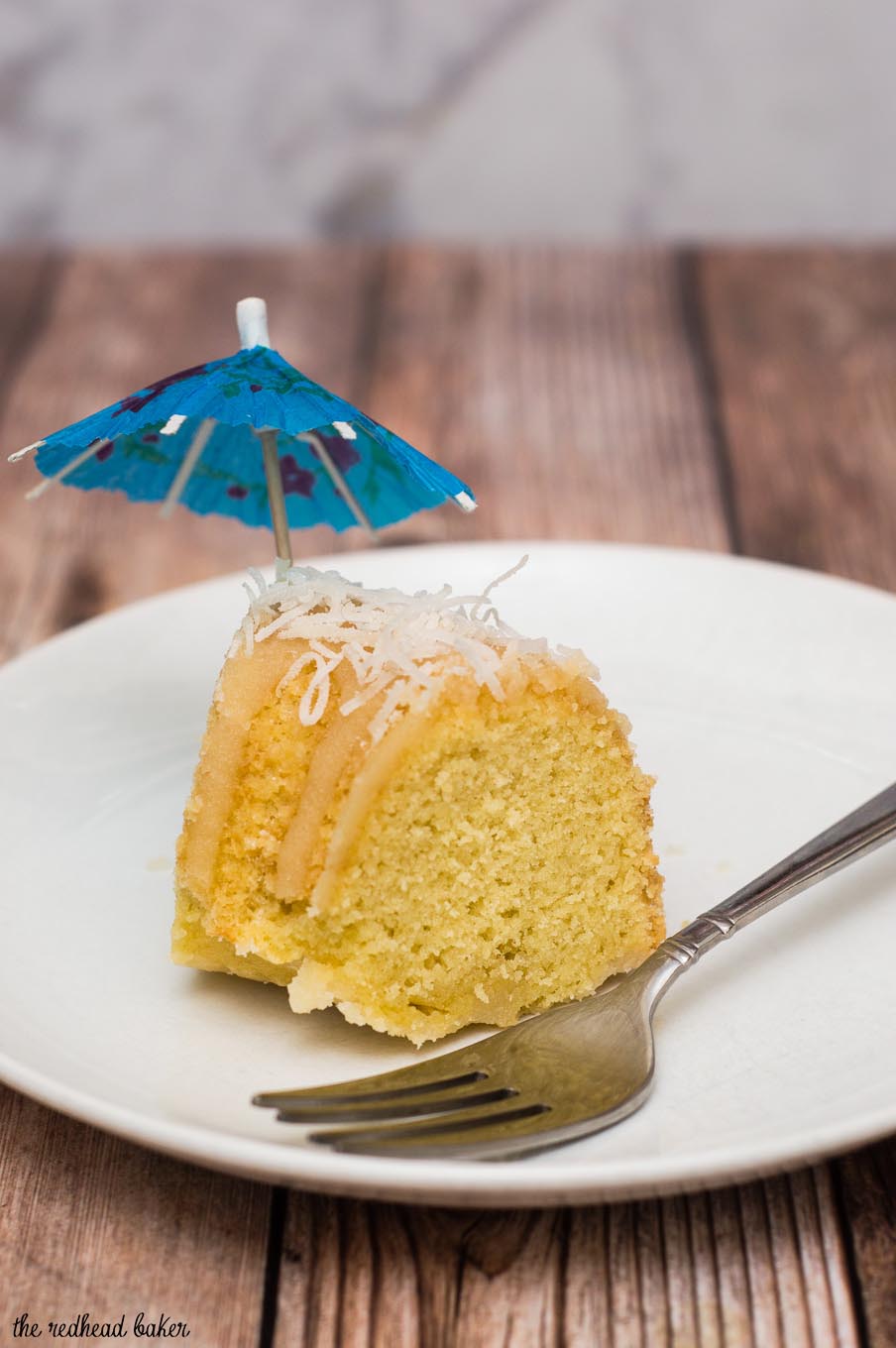 I made this in a 6-cup (half-size) bundt pan, but if you don't have one of those, double the recipe and add another egg white (so, the whites of 3 large eggs) and use a full-size bundt pan.

If you use sugar to coat the pan, make sure you cover every possible square inch of the pan. As you can see in some of my photos, the cake did stick in places. Of course, you can skip the sugar coating altogether, and just spray with nonstick spray, but the sugar does add a nice crust to the cake.

Pin this recipe for Bahamian Rum Cake for later! 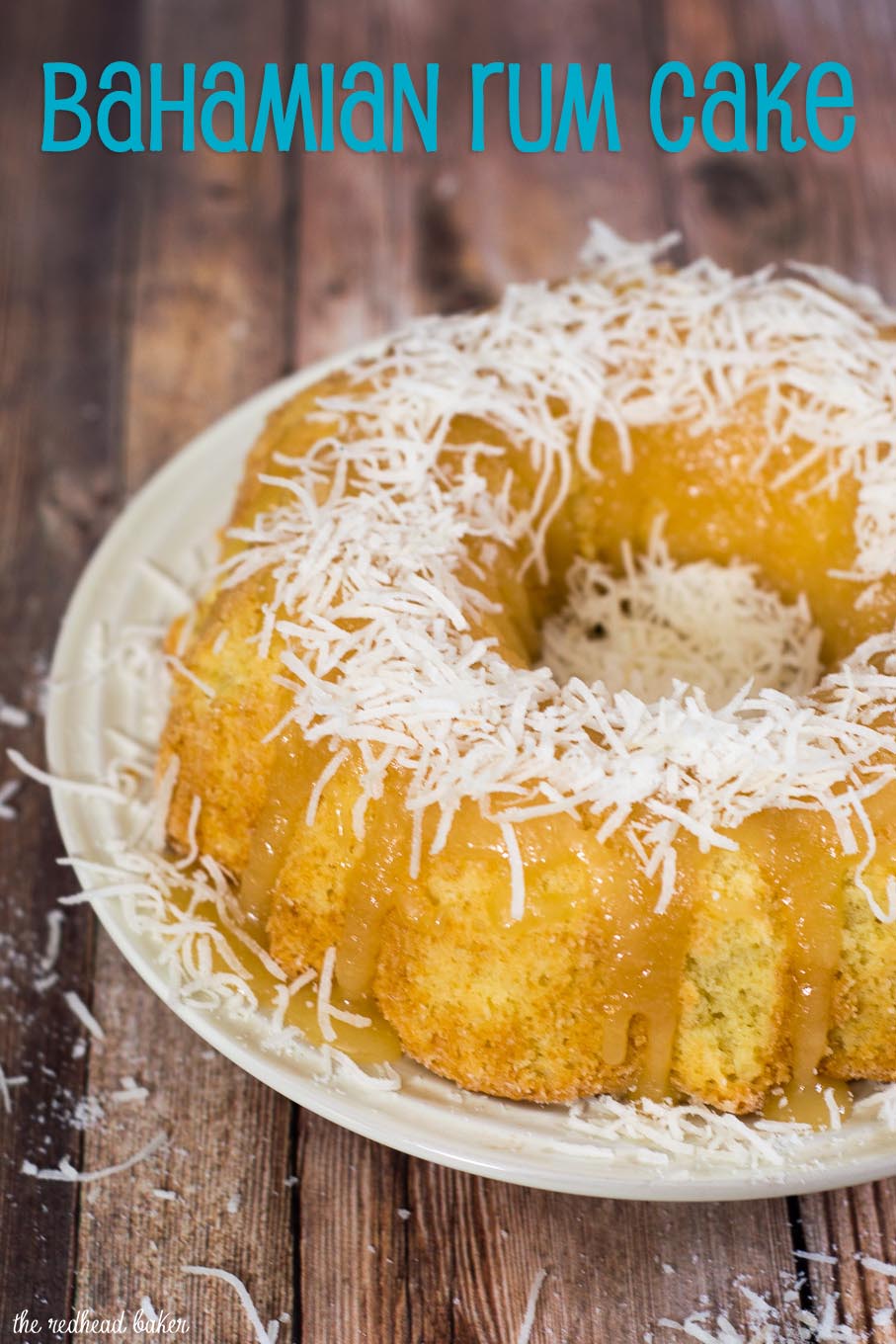 Adapted from the Nassau Paradise Island Promotion Board 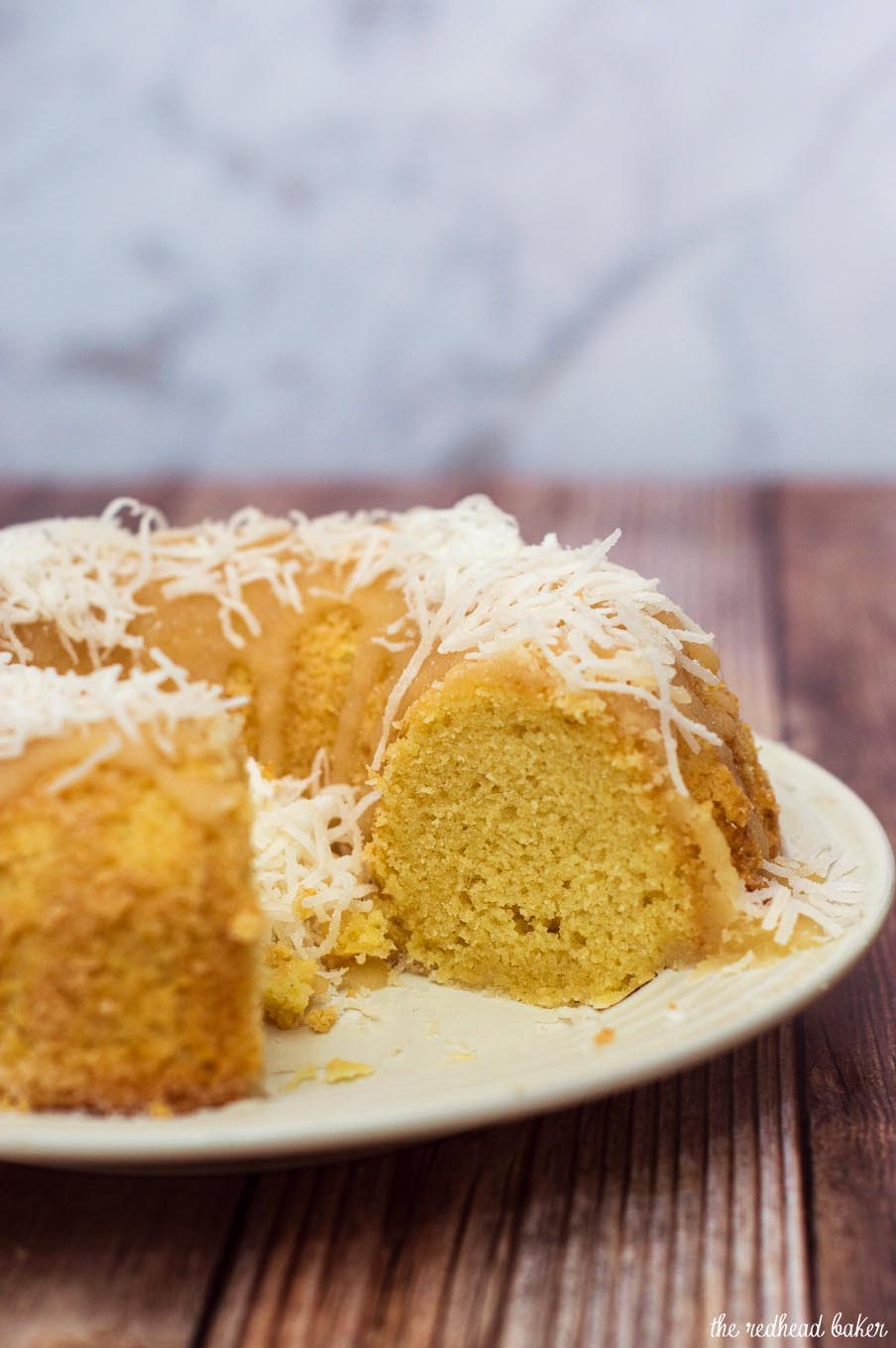 Welcome to Progressive Eats, our virtual version of a Progressive Dinner Party. This month we're featuring dishes native to or inspired by the islands of the Caribbean. We rotate hosting duties and this month is my turn! Our dishes this month are inspired by the cuisines of Jamaica, Cuba, The Bahamas and more. You'll certainly find a delicious recipe to add to your repertoire!

If you're unfamiliar with the concept, a progressive dinner involves going from house to house, enjoying a different course at each location. With Progressive Eats, a theme is chosen each month, members share recipes suitable for a delicious meal or party, and you can hop from blog to blog to check them out.