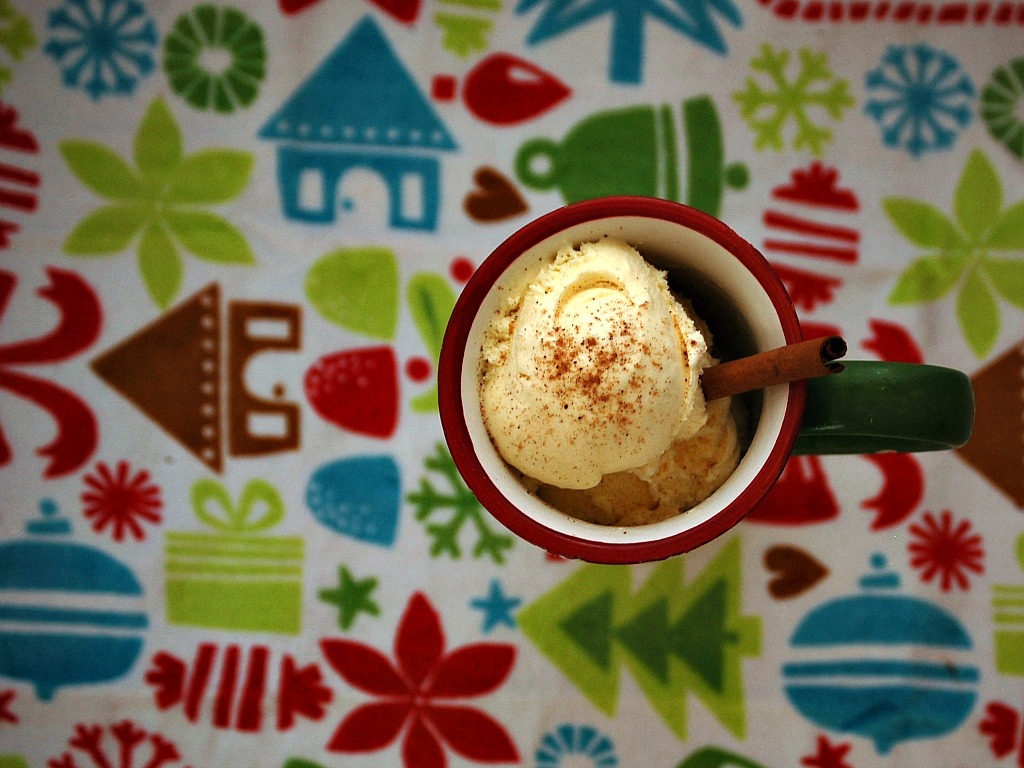 It's here: Week 12 of 12 Weeks of Christmas Treats, hosted by Meal Planning Magic. I hope you've enjoyed the posts, and found some new treats to try this Christmas. I'm sad to see the link-up end, but to be honest, I'm also somewhat relieved. I was starting to run out of ideas. I wanted to come up with something impressive and unmistakably Christmas-y for my last link-up post.

I tried getting ideas from The Mister. His suggestion was gingerbread men, but I'd already done a gingerbread-flavored treat. So, I put the question to my Facebook readers: "The dessert or treat that immediately makes me think of Christmas is ___________________."  And reader (and friend!) Stephanie C. reminded me of egg nog.

Now of course, I wasn't satisfied with just egg nog. I had to go and do something with it, take it a step further. Egg nog is a custard. What do you get when you churn custard? Ice cream!

Yes, ice cream in December. No, I'm not crazy.

I had made Alton Brown's recipe from the "School of Hard Nog" episode of Good Eats last year, and (Food Network gods, forgive me) I wasn't a fan. It wasn't creamy enough. So, off I went in search of a different recipe.

The recipe I found is rich and creamy, and tastes like you poured store-bought egg nog into the ice cream maker and churned it (which I've heard is possible, but that would make for a boring blog post, wouldn't it?). If you want to keep this kid-friendly, use 1 teaspoon of rum extract instead of 2 tablespoons of alcohol.