Wow your friends at your next get-together! Learn how to make patriotic cupcakes with this easy Firecracker Cupcakes tutorial. 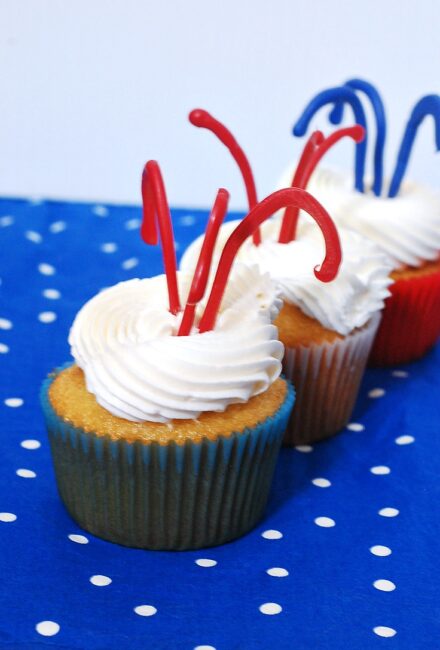 It's nearly the 4th of July, which means Independence Day here in the United States. I live in a very historic area of Philadelphia, so the colors red, white and blue are EVERYWHERE. I'm a history geek, so I love seeing it.

It's also time for red, white and/or blue food in celebration of Independence Day! Last year, I shared Red, White and Blue Layered Jell-O Stars, which were a huge hit with Liam's daycare friends, and also with readers of the blog.

This year, Liam is really looking forward to seeing fireworks for the first time, so I decided to make him firecracker cupcakes to add to his excitement. In searching for recipes, however, I saw a lot of cupcakes with non-edible items stuck into the cupcakes for the firecrackers. My culinary school instructors drilled it into us that you never use non-edible items as decorations in food. Besides, what fun are cake decorations if you can't eat them? 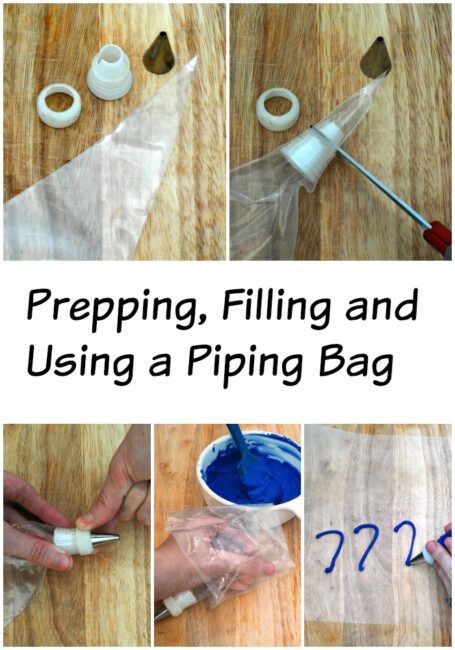 I thought for a while on how I could make edible firecrackers. I saw some people use pull-apart Twizzler candy, but then I'd be limited to only red fireworks. Some made an unexploded firecracker out of fondant, but (a) a chunk of fondant is not tasty to eat, and (B) I wanted a colorful fireworks explosion on my cupcakes.

I settled on meltable candy wafers. These are usually very easy to find at your local craft store, in a wide variety of colors. With a piping bag, a small round piping tip and a sheet of wax paper, you can easily create your own fireworks explosions. These supplies are not expensive, and can be re-used to write names and messages on homemade celebration cakes.

This tutorial is also very easy! I made these cupcakes in a single afternoon. They only take an extra 30 minutes or so longer than regular iced cupcakes. I will caution you, though — pipe about triple the number of arches than you think you'll need. The thinner you pipe the arches, the more fragile they are, and the more likely they are to break when you push them into the cupcakes. If you hold them closer to the bottom, the easier they'll insert into the cupcake. 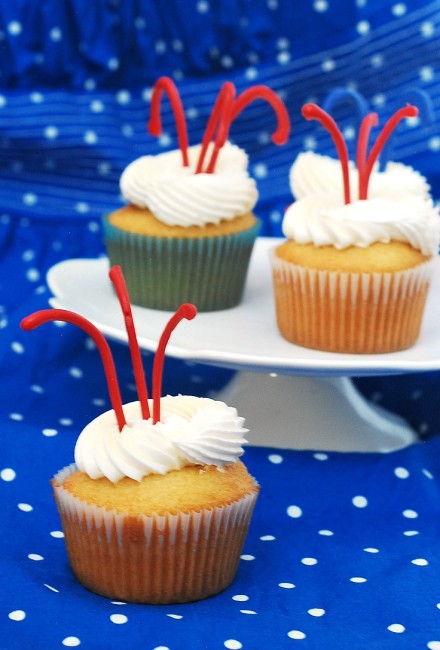 For the firecracker decorations: