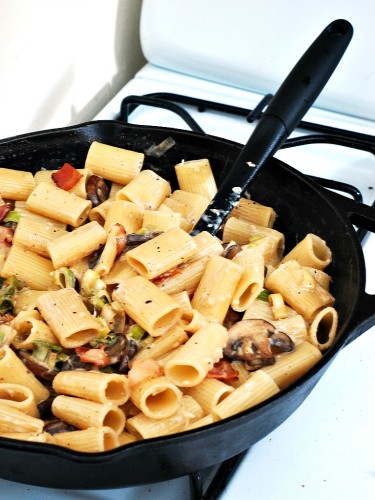 Weeknight meals make life so much easier. Recipes that I can prep on the weekend and dive into cooking on a weeknight are ever better.

This particular recipe is a family favorite. I've made it several times, and I can't believe it's taken me so long to share it with you. The March Weekday Supper theme of "Green" presented the perfect opportunity. Green could be interpreted as "spring," or literally "green food." Leeks fit both interpretations.

Leeks are related to onions and garlic. They have a mild onion-y taste. They look like long stalks, dark green at the top, fading to white at the bottom. Though leeks have only recently become popular in the U.S., they have been consumed for centuries in Wales, where the vegetable is one of the national emblems. 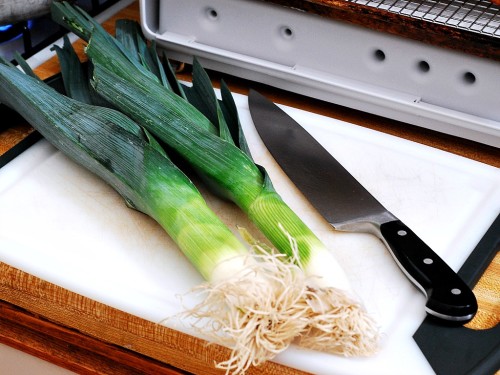 Look for leeks in the fresh produce section of your local grocery store. They are usually in the chilled area, near the fresh herbs and organic produce. Choose leeks that are straight and firm, not yellow, bruised or cracked. I generally rinse leeks both before and after slicing, since, as a root vegetable, dirt can get between the inner layers. Once sliced, you can store these in an airtight container in the refrigerator.

If you can't find rigatoni, you can use any short variety of pasta, such as penne, cavatappi or ditalini. I change up the extras in this dish each time I make it. I use different colored peppers, or zucchini, or leave out the mushrooms, or change up the cheeses (asiago instead of pecorino, for example) — it's a very adaptable recipe. 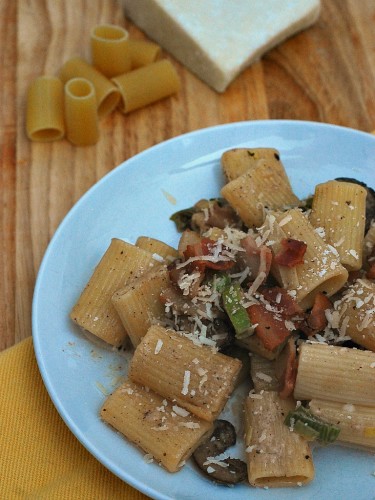 Be sure to stop and check out the rest of the Weekday Supper posts! 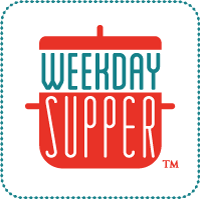