Peach vanilla jam sweetened with honey is canned using the waterbath method (no pectin needed!), so you can have a taste of summer all year long! 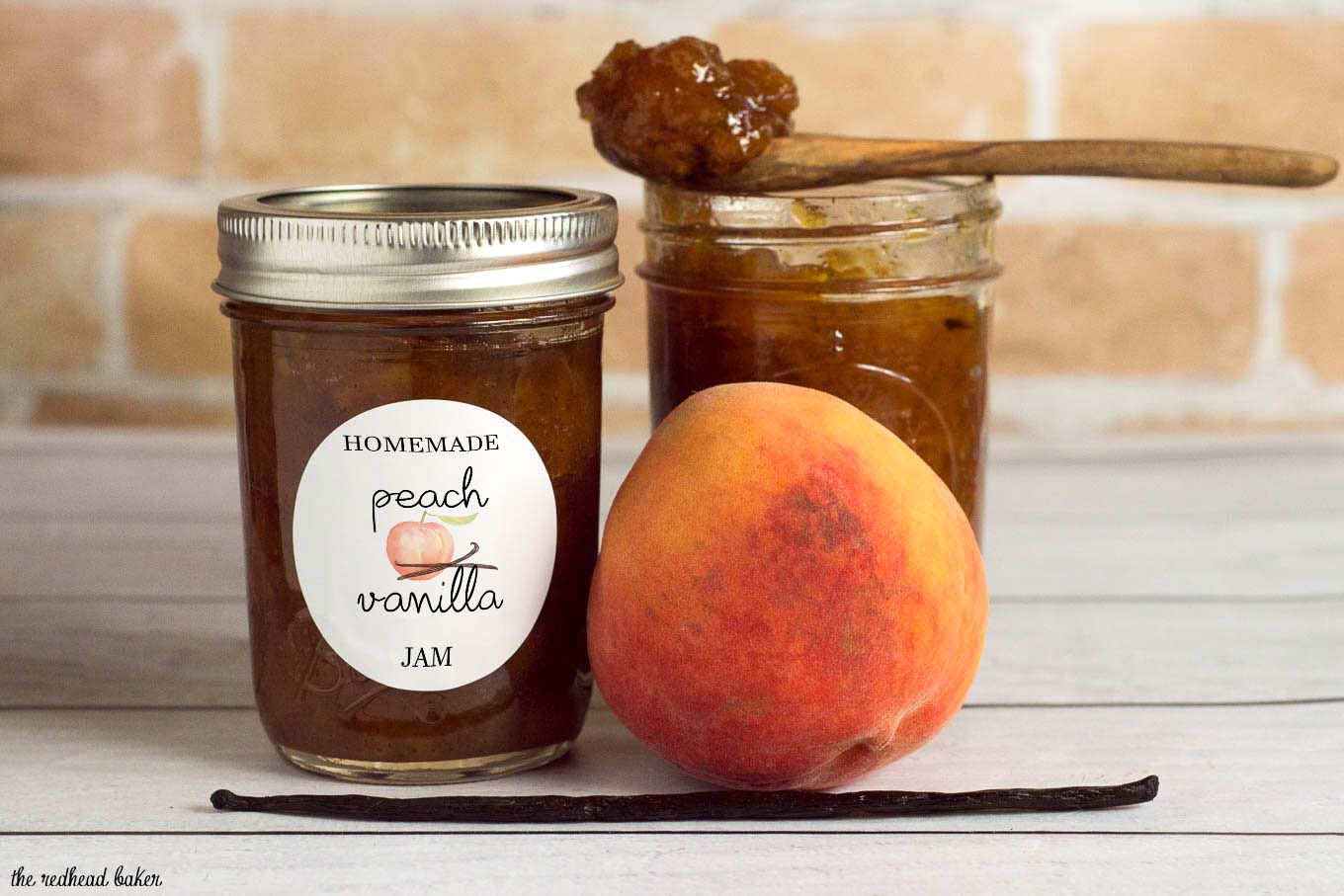 As I mentioned in another post, my son and I picked a peck of peaches, which it turns out is the equivalent of 2 dry gallons. That's a LOT of peaches. While I used some for my raspberry peach sangria, and we ate a LOT on their own, we still had quite a few left over.

I considered making peach barbecue sauce, but my husband didn't sound too enthused by the idea. So, I settled for something I knew we would both enjoy: peach jam. 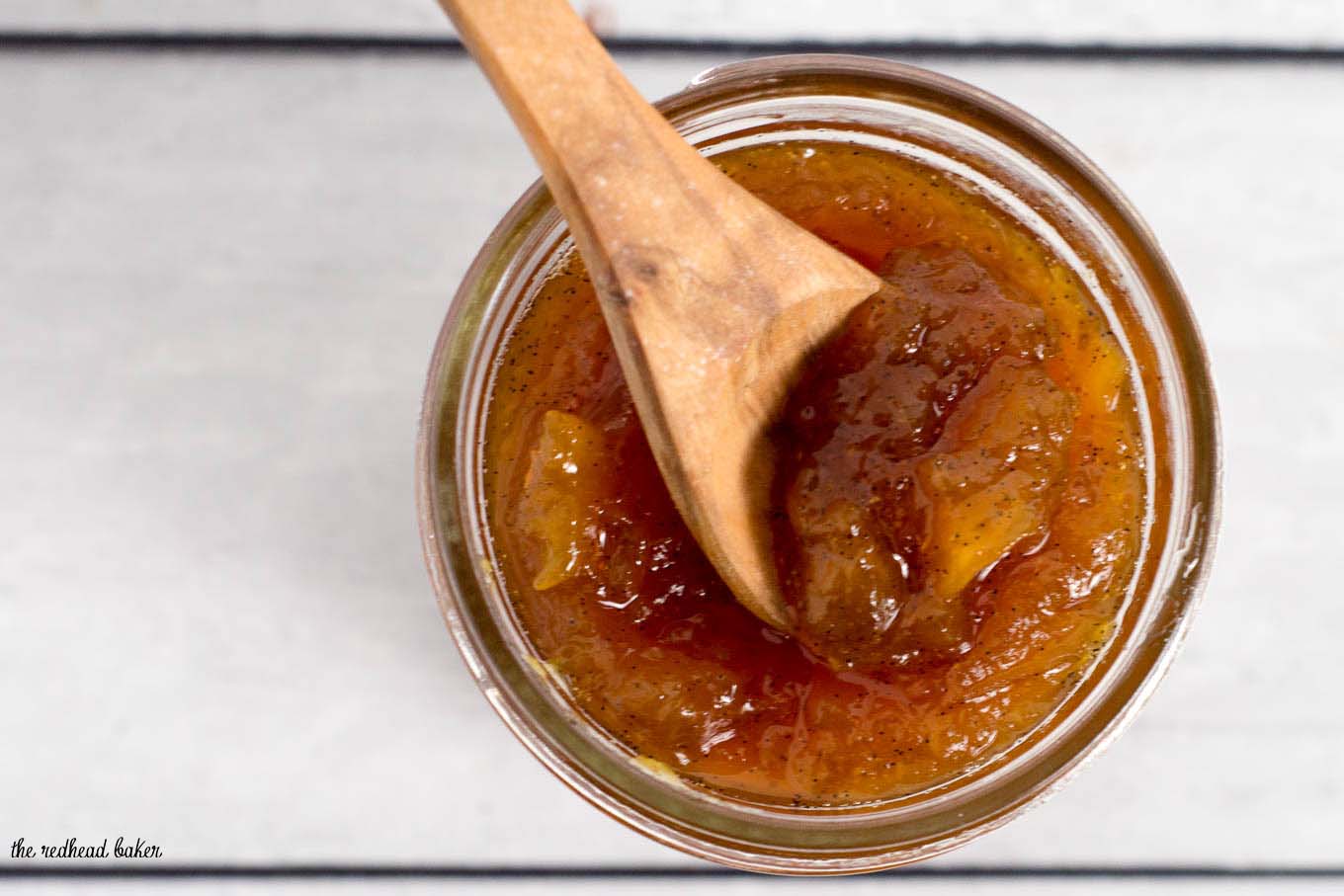 When it comes to canning, there are a lot of factors that go into making something safe to can, so I always go to two sources for tried-and-true canning recipes: the Ball Canning site, and Food in Jars.

I found a recipe for easy peach preserves sweetened with honey on the Food in Jars site — no peeling of the peaches necessary! I decided to make one simple adjustment that wouldn't affect the safety of the canning process. I added the scrapings of a vanilla bean. Vanilla beans are pricey these days due to a shortage of beans in Madagascar (the home to three-quarters of the world’s vanilla fields). You can use vanilla bean paste instead, which will last much longer while still adding the bean flecks you see above. Use 1 tablespoon of the paste per vanilla bean in the recipe. 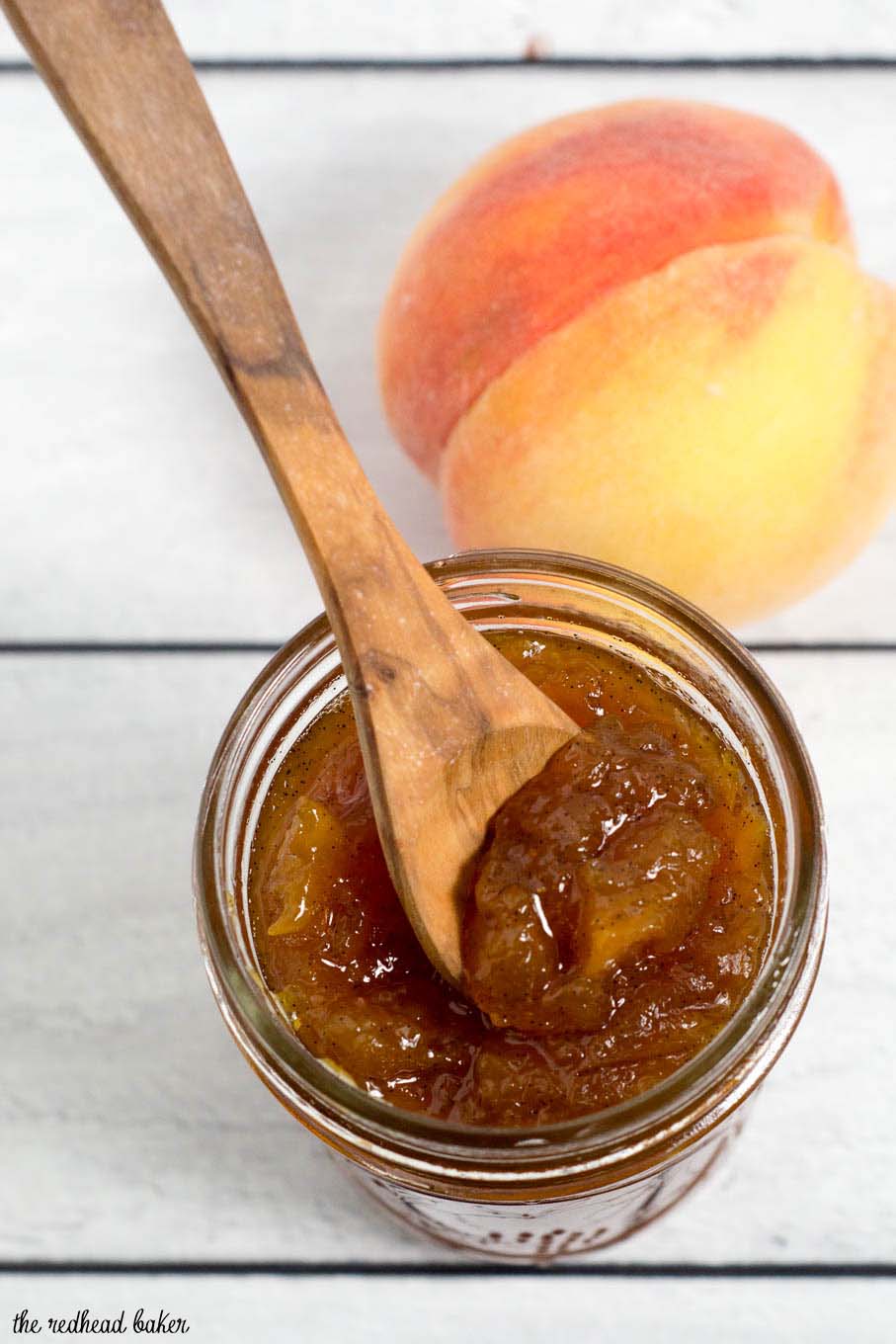 Once canned, the preserves will last at least a year at room temperature. It's delicious on toast, over ice cream, eaten by the spoonful on its own, used as a glaze on pork or chicken, used as a filling in a layer cake, in a grilled cheese sandwich (try it with gruyere!), spread on waffles, as a filling in Danish pastries, or as a spread for scones ...

Want the label from the first picture for your own homemade peach vanilla jam? Download it here! The PDF is meant to print onto a page of 2-inch round labels. Be sure to print your PDF at 100% (do not shrink or enlarge). 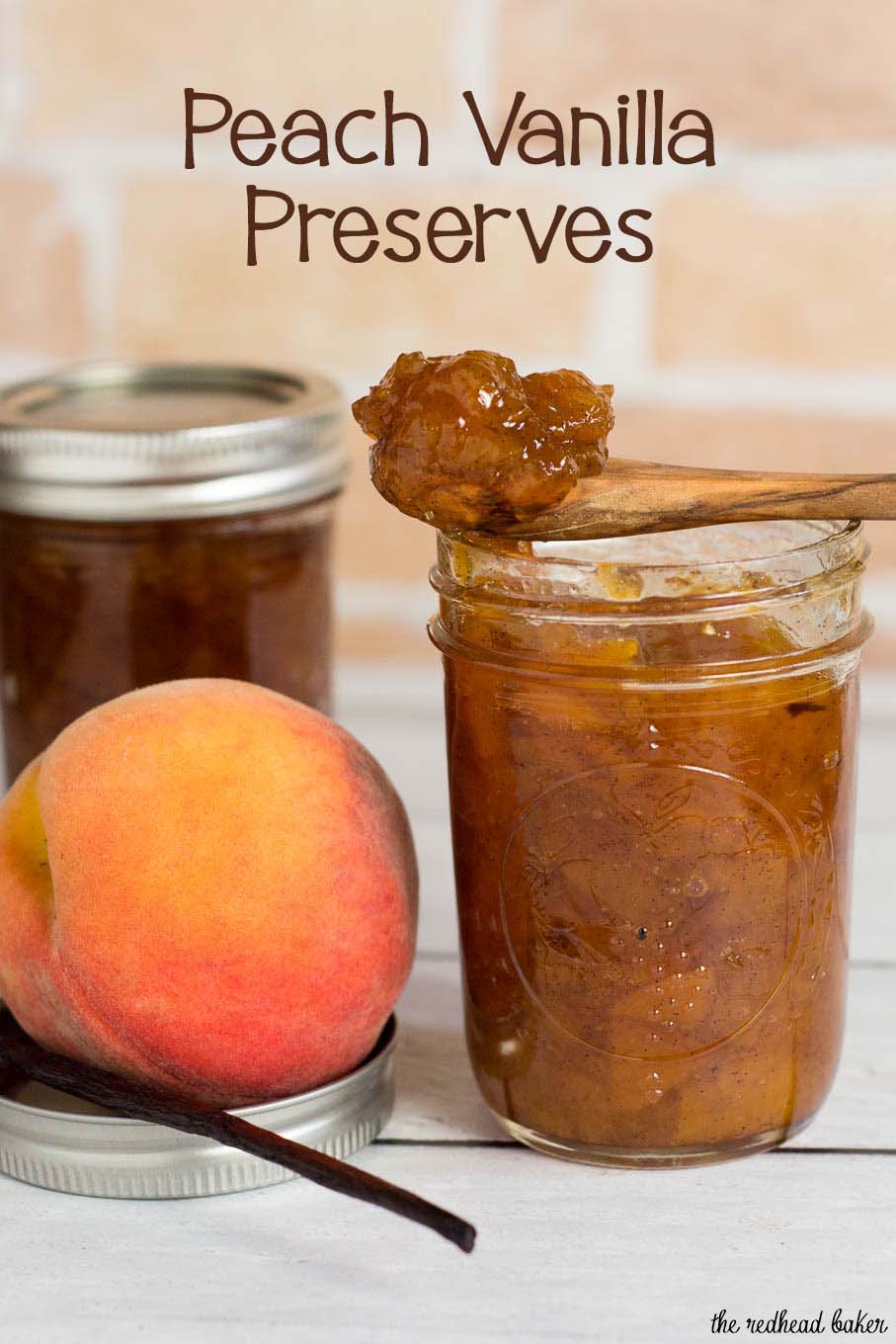 Slightly adapted from Food in Jars