Pan-seared sirloin steak with whiskey sauce is a fast, easy and incredibly flavorful meal to honor the dads in your life. 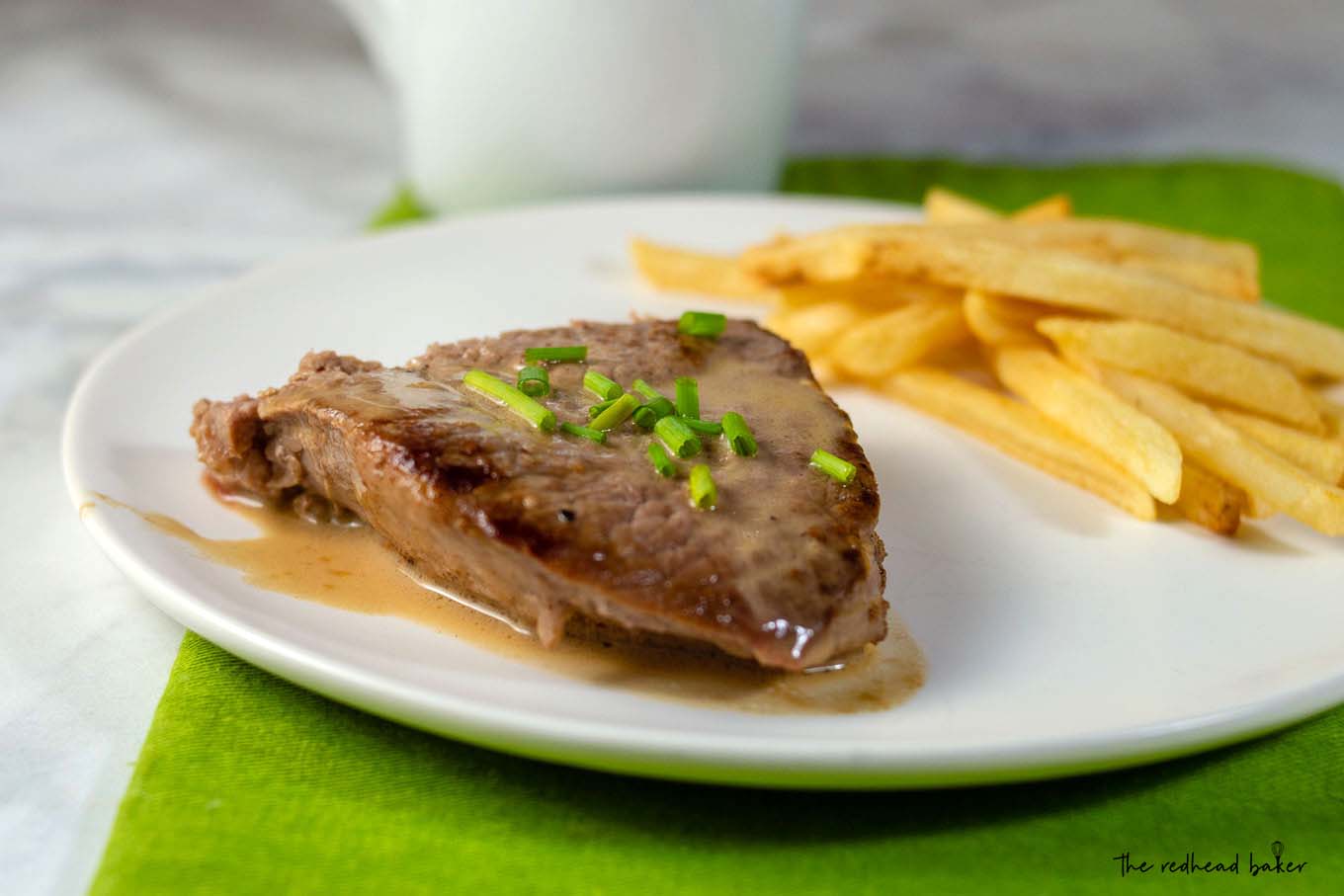 It's Father's Day! My son and I surprised my husband with his favorite breakfast, eggs benedict with a side of hash browns. Then I'll be taking Liam out for the day (swim lessons, bike-riding practice, etc.) so my husband can have some relaxation.

Then, we'll have one of his favorite dinners: pan-seared sirloin steak with whiskey sauce. Actually, I think he would love whatever I put this sauce on! It's so easy yet so flavorful. 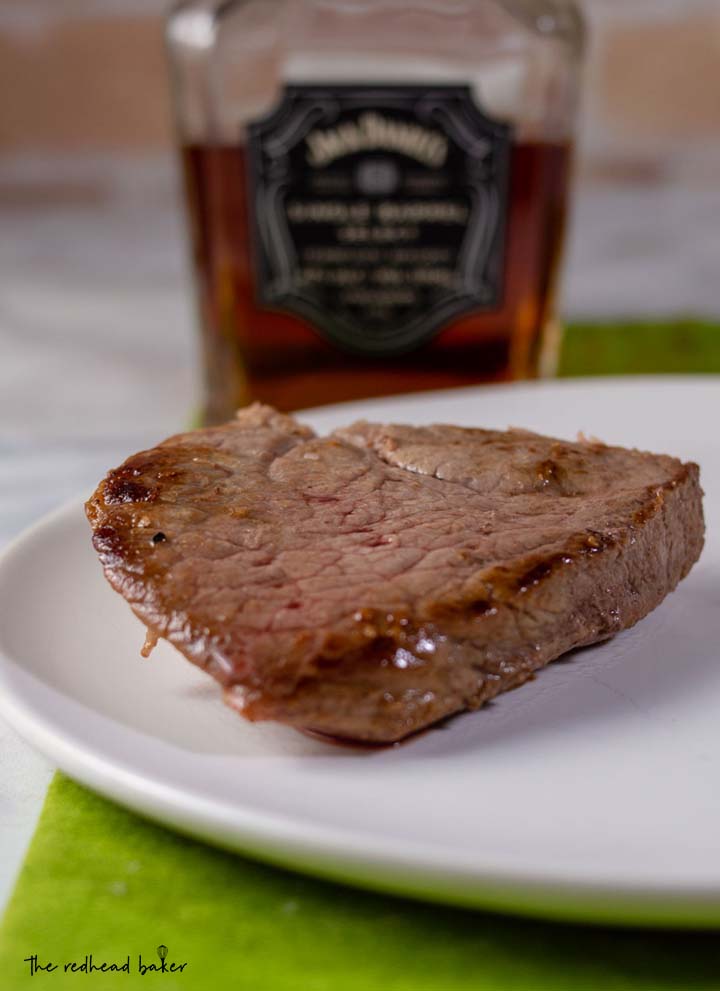 We typically eat sirloin steak, because it's a kind of "middle of the road" cut. Not the cheapest, but not outrageously expensive. I think just about any cut of steak would work in this recipe, seasoned simply with salt and pepper, then cooked however you like it (grilled, broiled, etc.).

Most cuts of meat (such as beef and pork) need to rest after cooking. That's the perfect time to make the pan sauce! Using drippings from the meat makes even richer, but that will be harder if you grill the meat instead of pan-sear it. 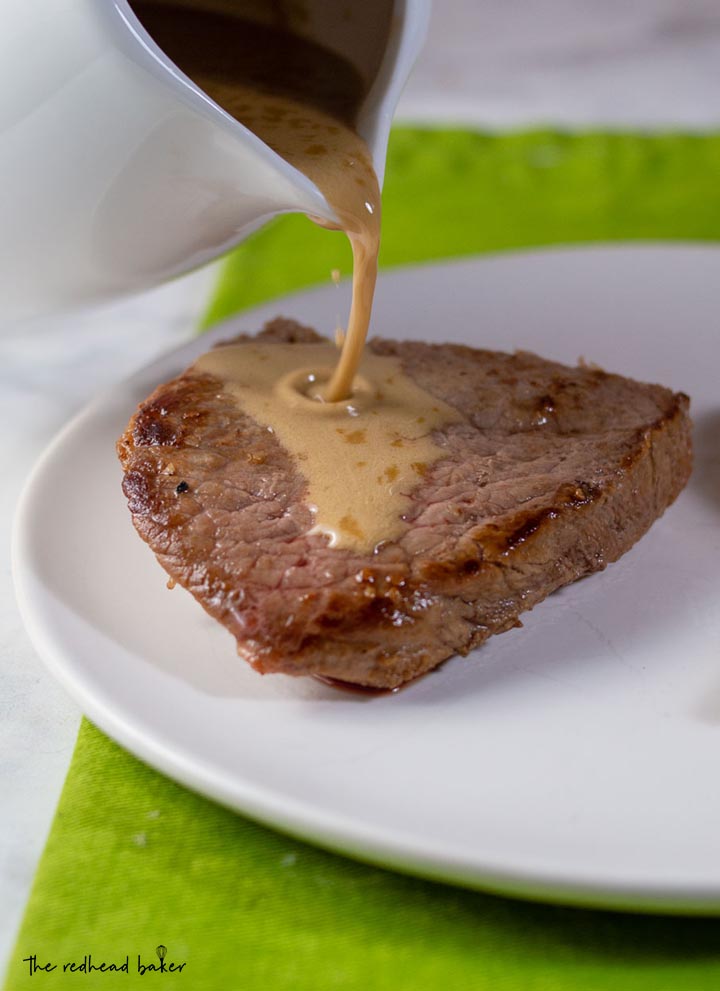 But if you don't have any drippings, don't worry. Your sauce will still taste great, just make sure to season it with salt and pepper, because you won't have any from the drippings. I used a whole small shallot (came to about a heaping tablespoonful once minced). If you end up with a little more, no worries.

If you don't tend to keep whiskey on hand and don't want a whole bottle left over, just ask for a mini-bottle (also called a "nip") from your liquor store. Not sure what to do with the leftover beef broth? Freeze it in an ice cube tray! Then you can pop out a few cubes whenever you need them, for other pan sauces, soups, for steaming vegetables, or cooking rice. 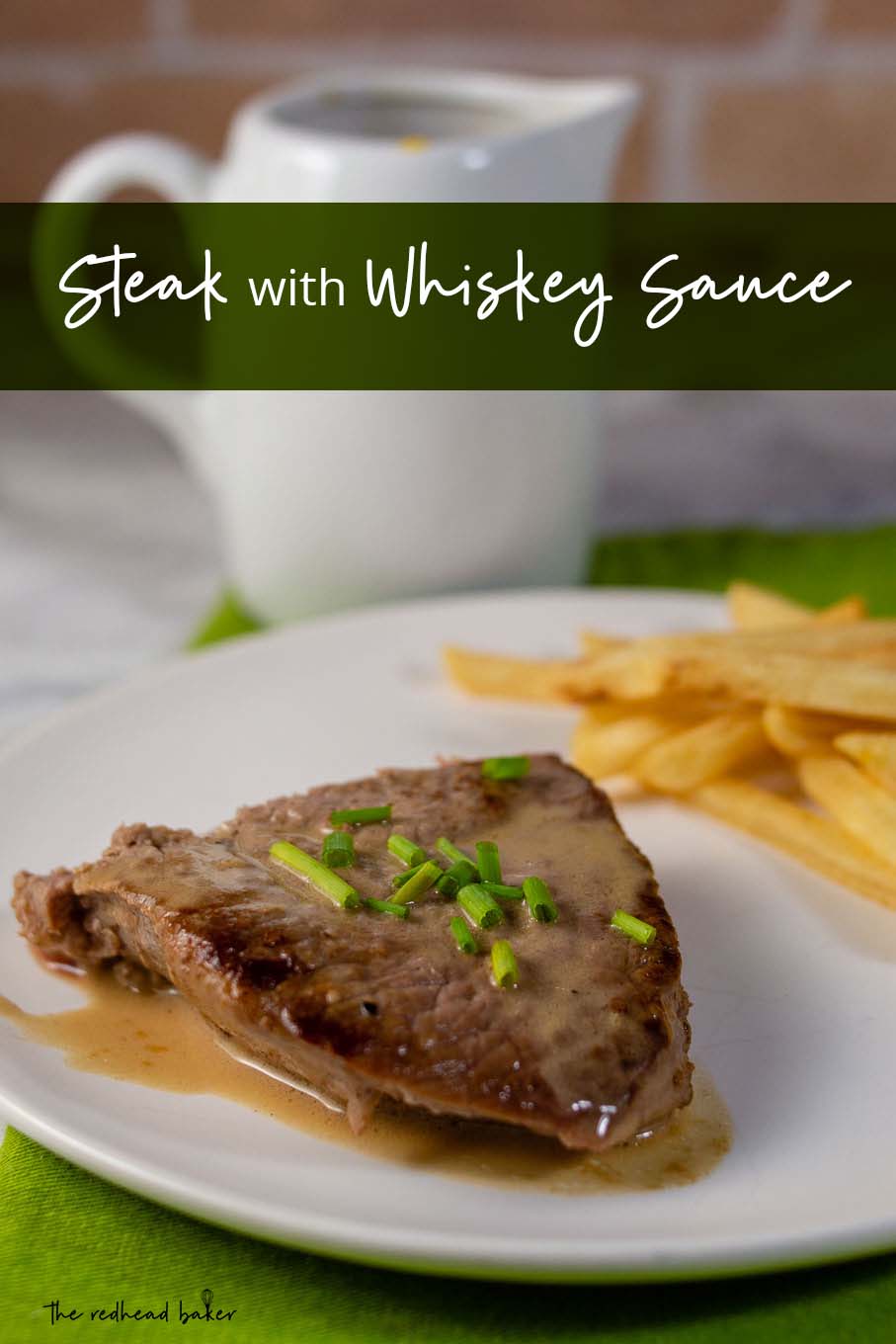 Camilla of Culinary Adventures with Camilla is serving Chorizo Deviled Eggs, Crusted Steaks, and Café Liégeois
Coleen of The Redhead Baker offers Whiskey Glazed Steak (recipe above)
Ellen of Family Around the Table shares a Steak Sandwich with Caramelized Onions