Challah is bread that is enriched with eggs, and traditionally eaten by members of the Jewish religion on the Sabbath and religious holidays. Similar to brioche, it also makes a tasty French toast. 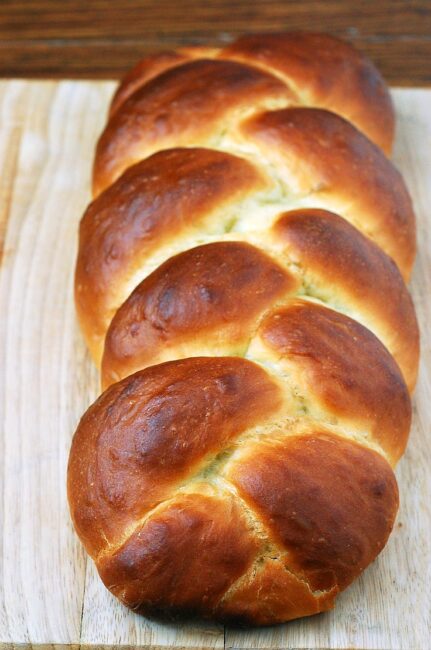 Dave was pretty excited when I told him that this month's theme for #TwelveLoaves was Jewish breads. Dave's father's side of the family is Jewish, and while I grew up on porridge, boiled potatoes and shortbread, he grew up with bagels and lox, brisket and challah.

Challah is a yeast bread that is enriched with eggs, similar to French brioche. The biggest difference between the two (other than the religious traditions associated with challah) is that brioche contains butter (and a lot of it!) while challah contains oil. If you're not concerned with keeping kosher, feel free to substitute butter for the oil in your challah. Brioche is often shaped in a knot, while challah is often braided. 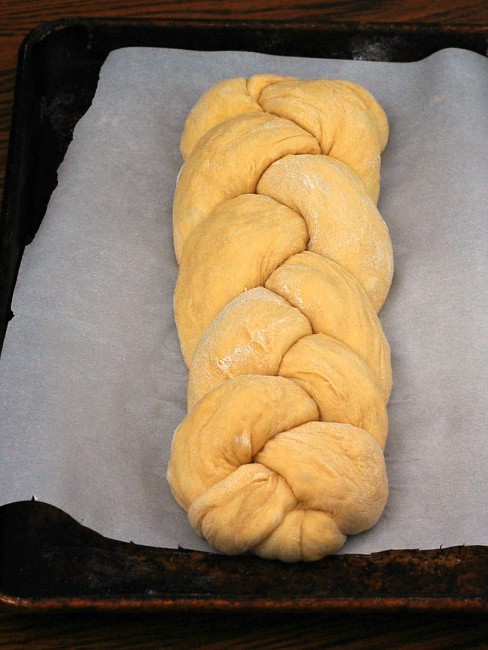 This is a pretty easy yeast dough to make. The stand mixer does most of the mixing and kneading work. The rich dough isn't as stiff as something like white sandwich bread dough, but try to resist the urge to add more flour. The dough should not form a ball when the dough hook is kneading.

Forming the dough is pretty straightforward as well; it's just a simple braid. Starting from the middle gives you a finished look at both ends of the bread. If you want to get fancy, there are tutorials on 4-braid (or even 6-braid) challahs. Or, you could simply roll the whole loaf of dough into a log and bake it in a large loaf pan. 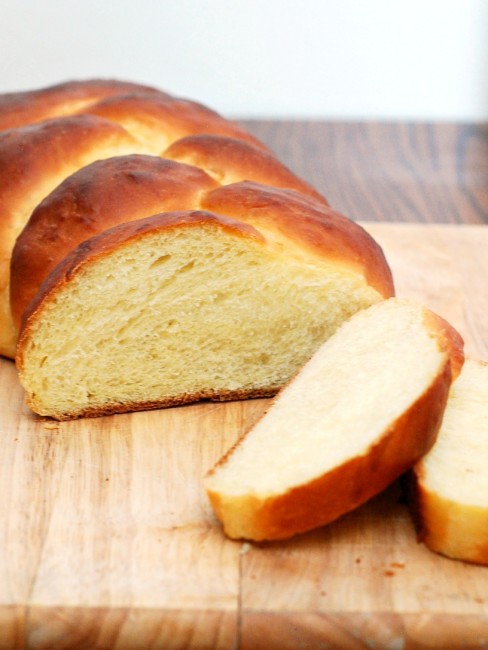 Adapted from Baking at Home by The Culinary Institute of America

#TwelveLoaves was a monthly bread baking party created by Lora from Cake Duchess with the help of Heather of girlichef, and the rest of our fabulous bakers.

Our host this month is Karen from Karen's Kitchen Stories, and our theme is Jewish Breads. For more bread recipes, visit the #TwelveLoaves Pinterest board, or check out last month's mouthwatering selection of #TwelveLoaves enter last month's "A Little Something Sweet" Breads!

If you'd like to bake along with us this month, share your Jewish bread using hashtag #TwelveLoaves!