Rich chocolate cheesecake ice cream with swirls of roasted cherries with a hint of vanilla — it's easy to make but so hard to stop eating! 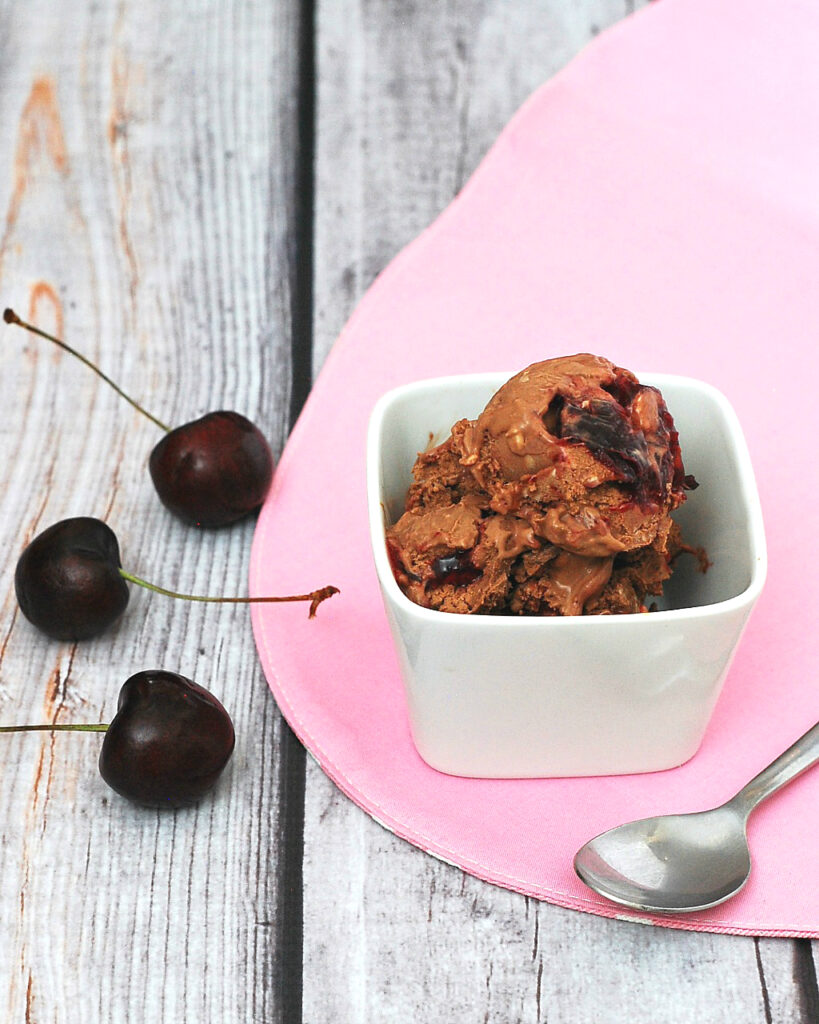 "More cherries?!? What are you going to do with them all??"

At one point earlier in the month, I had about six pounds of cherries in the fridge. I have been wanting to make a chocolate-and-cherry dessert for a while, but kept losing cherries to snacking by *someone* (Dave) in my house. And honestly, when you see cherries for $3.99 a pound, you snap them up and figure out what to do with them later, right? 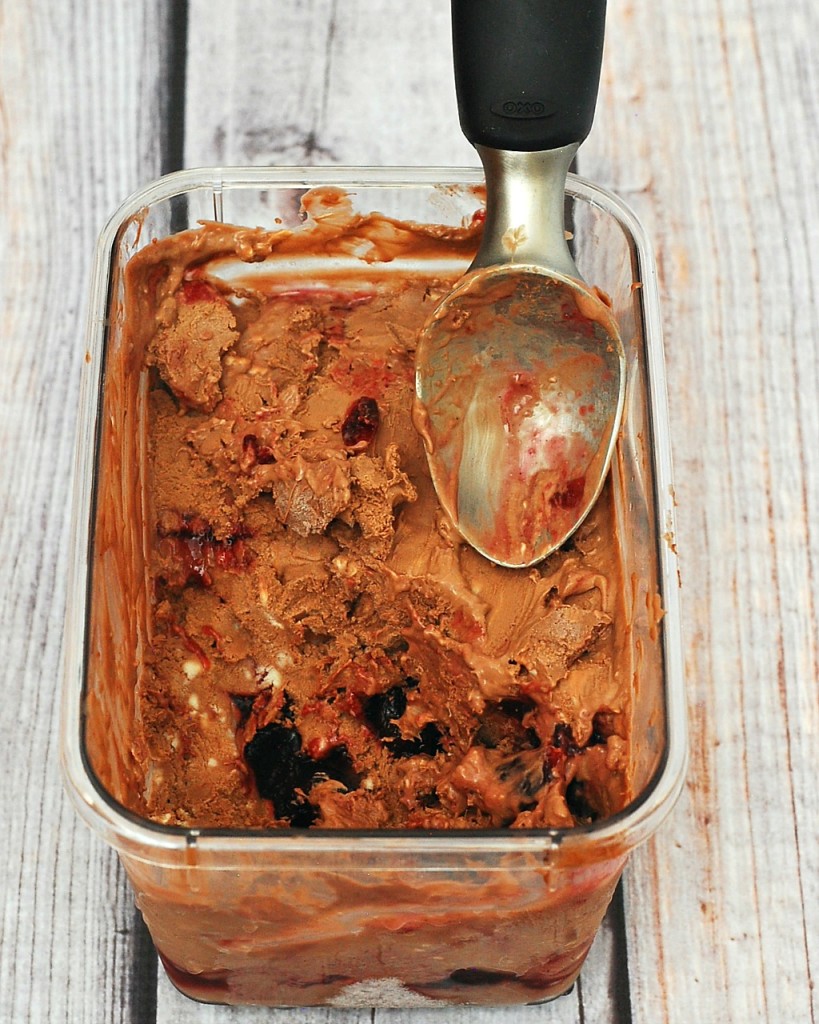 If you make just one ice cream recipe this summer, make it this one. Rich chocolate cheesecake in ice cream form. I mean, I nearly had no ice cream to churn, because I couldn't stop sneaking tastes of the custard base.

If you've made homemade ice cream before, this recipe isn't much different, except for beating the custard base with the cream cheese. The hardest part of this recipe is waiting for the ice cream to harden before eating it! 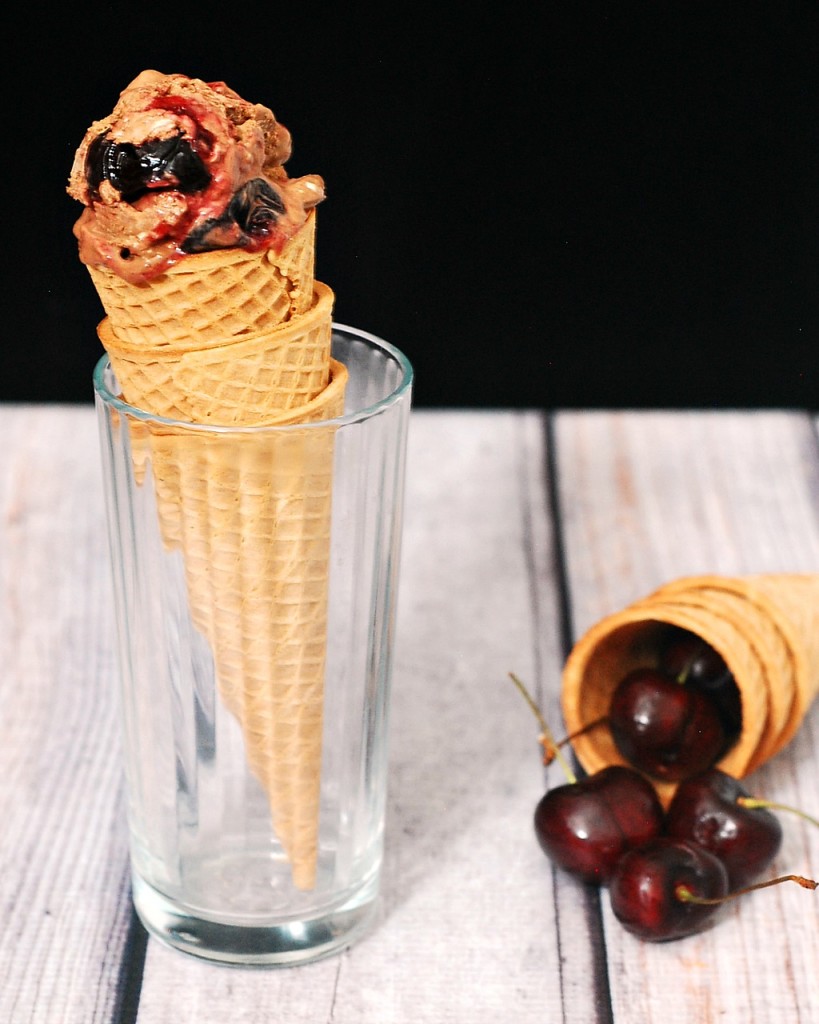 For the cherry swirl:

For the ice cream: