Chicken thighs, milk, cinnamon, lemon and garlic don't seem to be ingredients that pair well together. But give it a try — you will be amazed at the flavor! 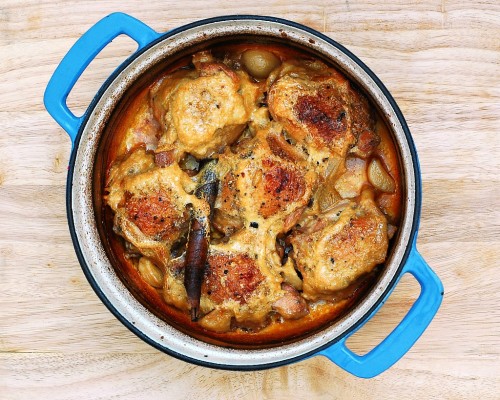 I stumbled across this recipe on The Kitchn while searching for a main dish to serve with my Hasselback Potatoes a la Mancha. I was intrigued because chicken thighs, milk, cinnamon, lemon and garlic didn't really seem like ingredients that would pair well together. But Faith Durand, the author, called it "the best chicken of all time," so I really wanted to try it for myself.

Something else that helped convince me to try it is that this recipe is really rather budget-friendly. It's cheaper to buy a whole chicken rather than a package of breasts. The other ingredients are also relatively low-cost, and this yield on this recipe is enough for two nights' worth of food for our small family of three. 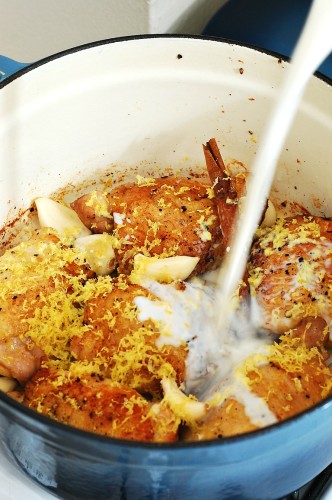 The first time I made this recipe, I made it exactly as written by Jamie Oliver. The aroma while it was cooking was nearly intoxicating. And it really was delicious. I noticed that the dark meat (the thighs and drumsticks) was a little more flavorful than the white meat. I also thought the garlic flavor didn't shine through as much as it could.

I tried the recipe again, this time with just thighs. Yes, I know I just said buying a whole chicken is cheaper. But a family pack of bone-in thighs is nearly as cheap as the whole chicken. Chicken thighs are just so forgiving. It's really hard to overcook thighs to the point of dryness. The second time around, I peeled the garlic instead of leaving the skin on, to give the garlic flavor a chance to permeate the sauce. Before I even told Dave about the changes I made, he commented on how much better the recipe tasted the second time around. 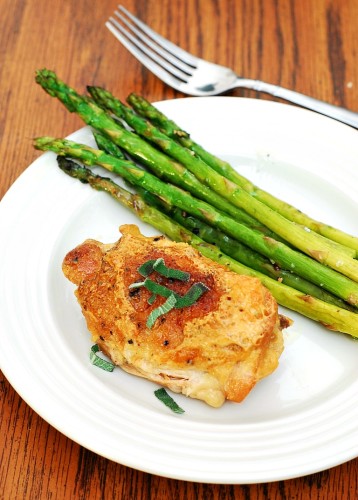 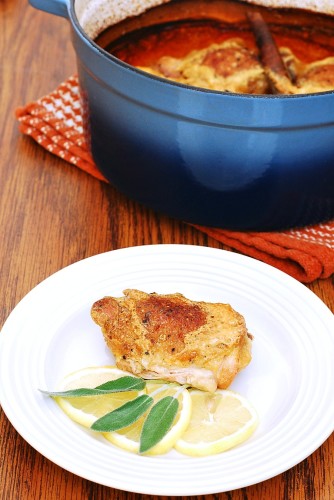