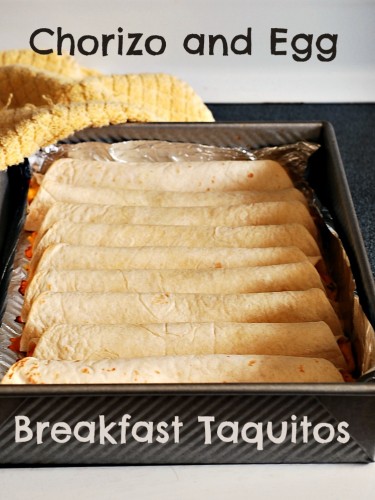 To be perfectly honest, I'm lazy. I get my showers at night, so I can sleep a little later in the morning. I will skip a recipe that sounds great if it will involve washing too many dishes. I often eat cold cereal or a bagel in the morning because it's faster. I definitely feel better in the morning when I have some protein, but I'm way too lazy to wake up early enough to cook myself some eggs in addition to getting myself ready for work in the morning.

I have had these breakfast taquitos on my Pinterest board for a while. I finally made a batch on a Sunday, had two for breakfast that day and froze the rest to eat throughout the week.

And I love that the taquitos can easily be adapted to suit your taste. I added sauteed bell pepper to the original recipe, and changed the bacon to chorizo. You could also use hot or mild Italian sausage, and change up the variety of cheese.

I think the chipotle-lime dipping sauce makes these even better, but you can also just dip them in salsa. 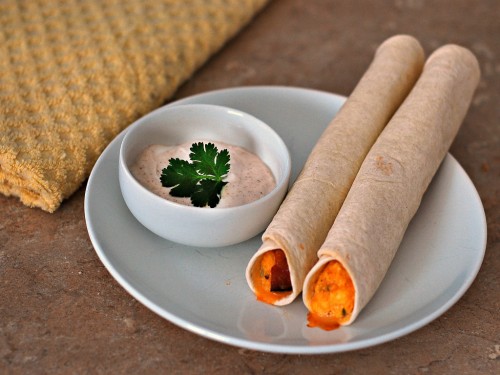