Focaccia is an Italian flat bread similar to the crust of Sicilian pizza. It is moist, chewy, and topped with savory rosemary. 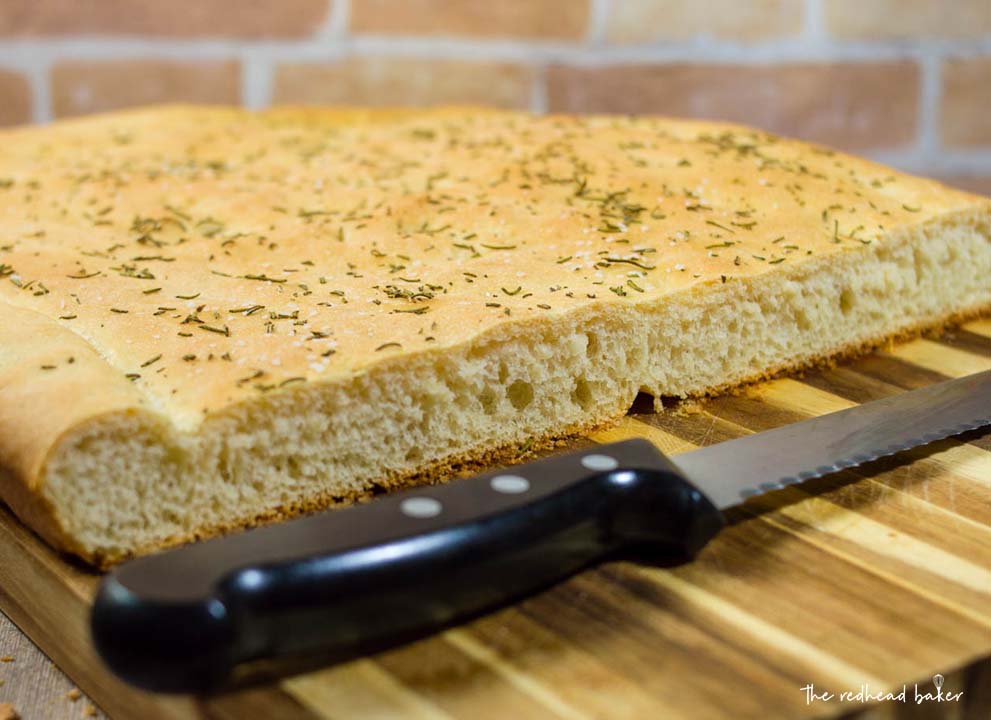 This recipe was originally published in August of 2010 and has been updated with new photos.

Focaccia is one of my favorite foods. I first made it in culinary school, and it was okay. But then I took an internship at a local bread bakery, and it was the most delicious bread I ever tasted.

Similar in thickness and texture to the crust of a Sicilian pizza, this bread is moist and chewy. Along with a bit of Italian cheese, I can make a light lunch out of a slice of this bread. 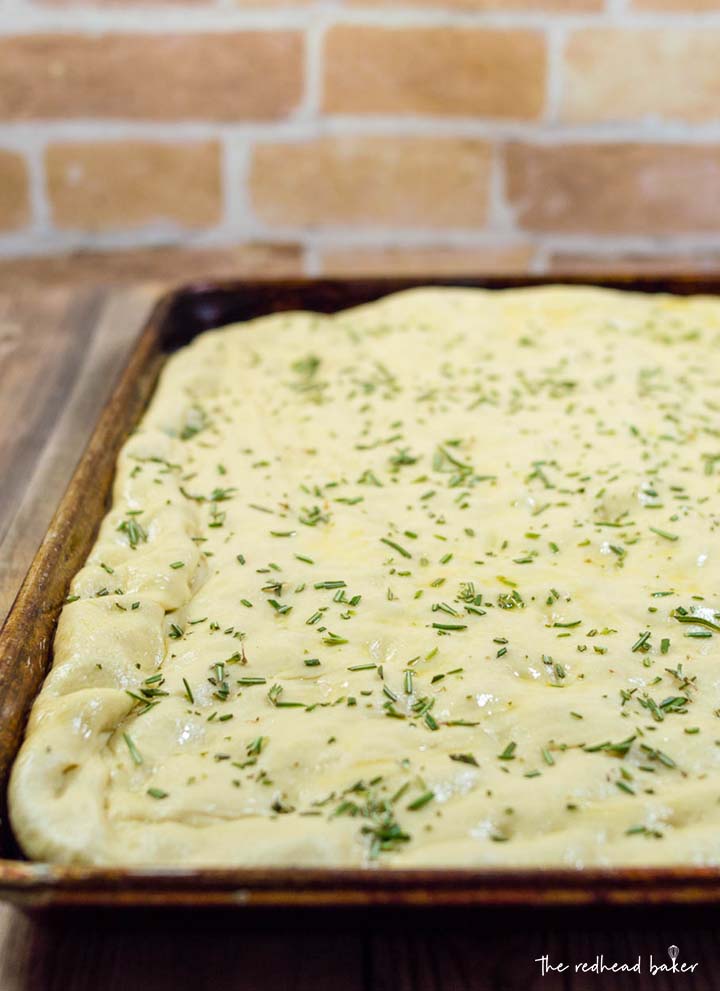 It is also a rather easy bread, so I encourage you to try it even if you're not an experienced bread maker. Just remember the yeast is a living thing, so follow the instructions exactly, especially regarding water temperature. Water that is too cold will not activate the yeast; water that is too hot will kill it.

Also be sure not to skimp on any of the rising times. Mixing and kneading the dough helps form gluten, a protein that helps bread keep its structure and makes bread chewy. But too much gluten will make your bread as heavy and dense as a rock, so the resting time is vital to allowing the yeast to grow and the gluten to relax. 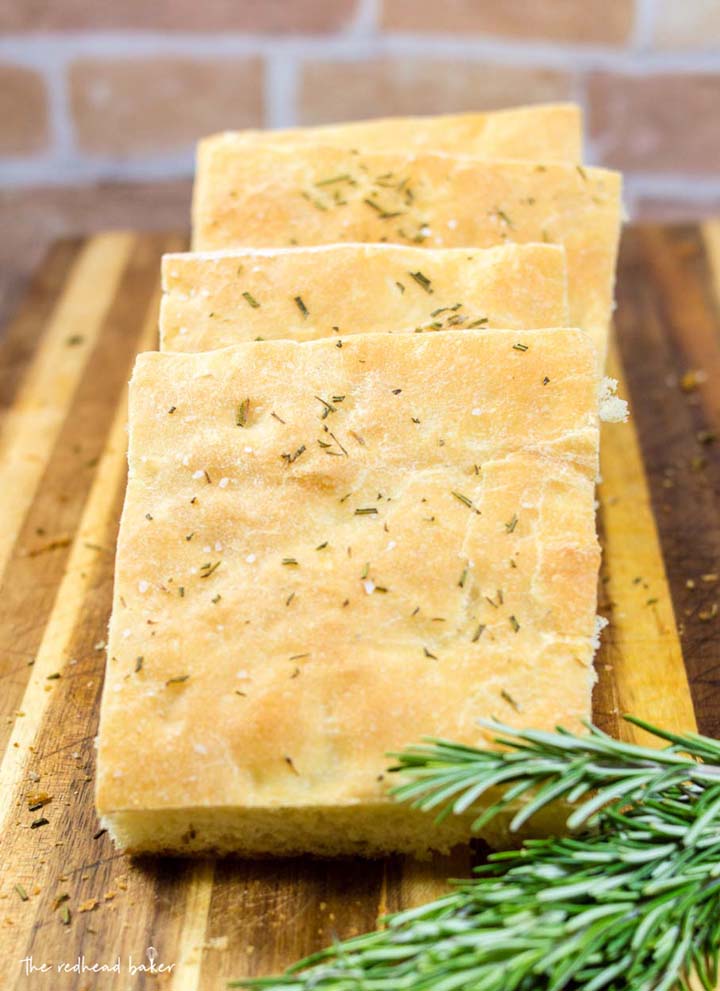 If you're not a fan of rosemary, you can use other fresh herbs in its place. Alternatively, you can bake the focaccia without any herbs and spread pesto onto the baked bread. You can also sprinkle shredded cheese or caramelized onions onto the bread just before baking.

This dough holds up very well to being frozen. If you have smaller baking pans or a 9-inch round baking pan, you can divide the dough in half. Shape and bake one half of the dough as directed below, reducing the baking time, and wrap the other half in a double layer of plastic wrap and freeze to bake at a later date. 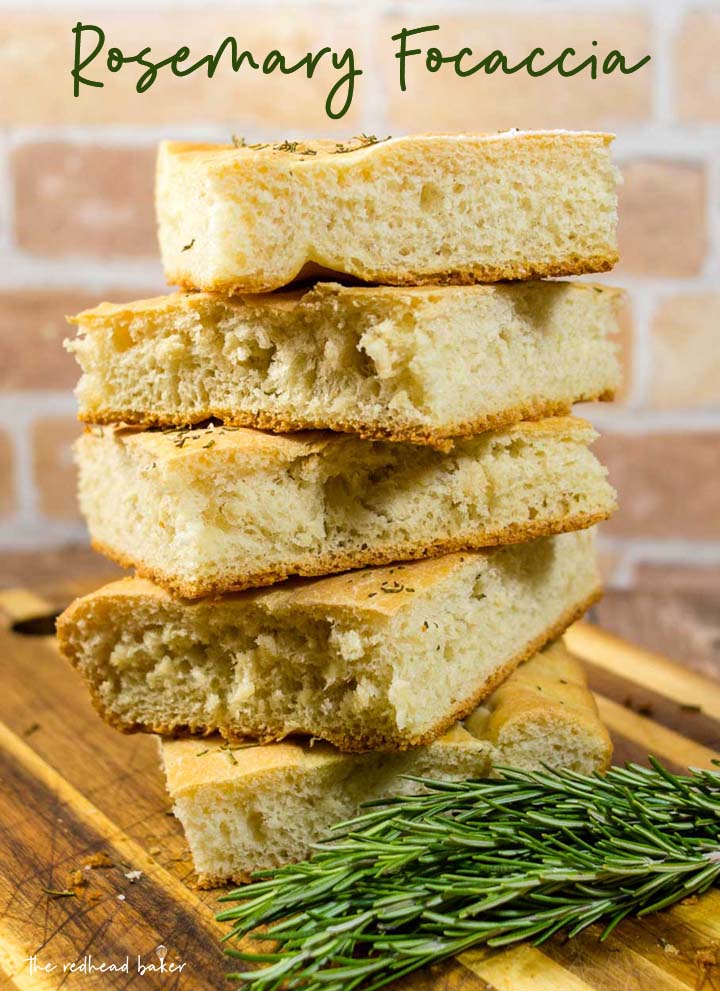 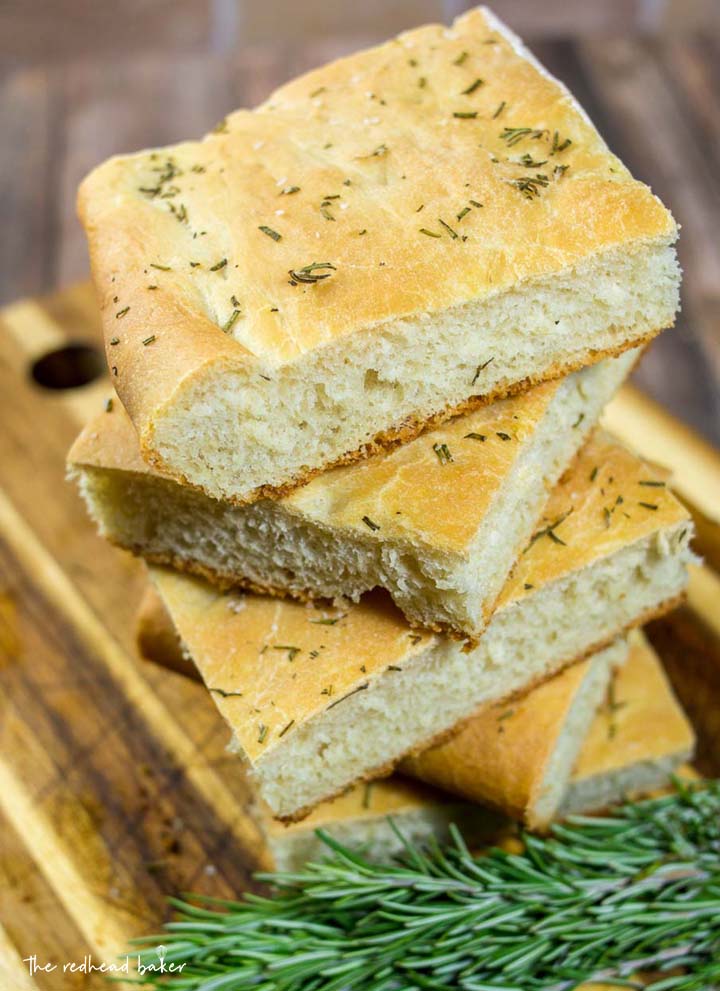