This is a sponsored post on behalf of OXO. All opinions are my own. Sweet potato noodle salad swaps spiralized sweet potatos for pasta, served over spinach and apples with a delicious and tangy warm sage-brown-butter dressing. 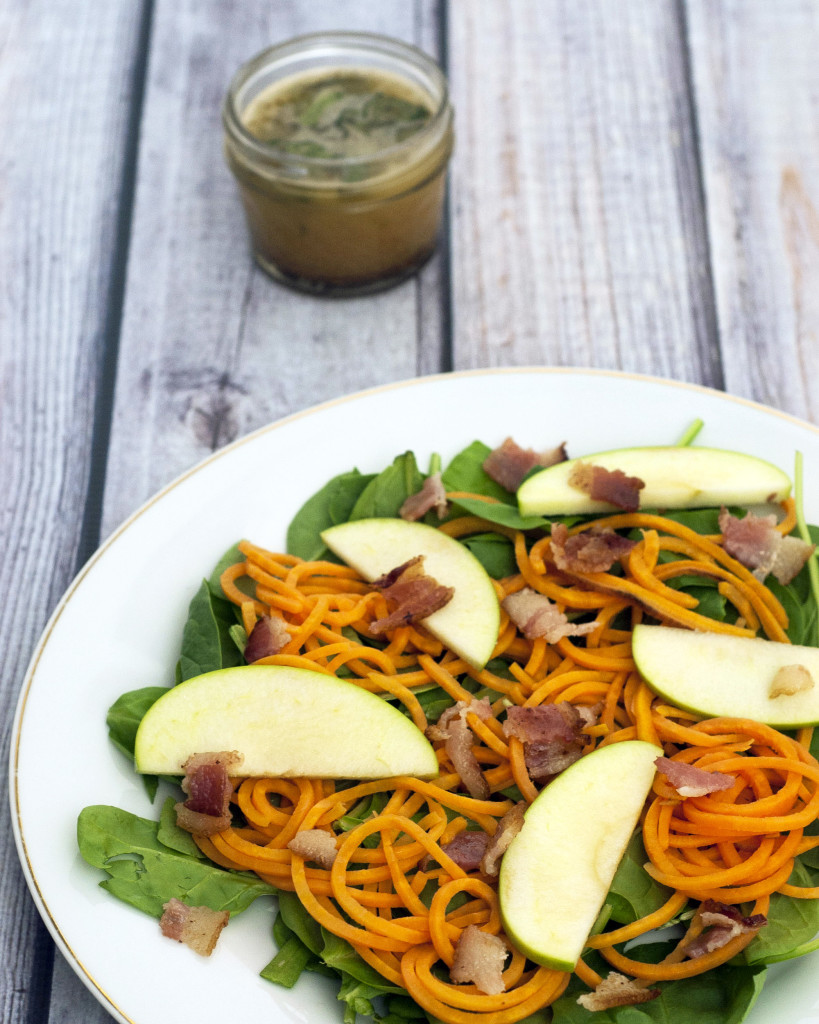 As always, I'm a little behind in trying the latest trends. "Spiralizing" has been around for at least a year. I've wanted to try it, mostly to see if I could get my son to eat some vegetables that way, but kept putting off the purchase. Then OXO asked if I was interested in developing a recipe using its new hand-held spiralizer, and I said yes!

It's a compact little gadget, about 3 inches in diameter, so it fits neatly into my already-crowded utensil drawer. It comes with a cap that doubles as a finger-protector to keep your fingers safe as you spiralize the end of your vegetable. I thought it would take a lot of physical effort to run a sweet potato through the spiralizer, but I was wrong. I found it easier to spiralize the sweet potato than to cut it into wedges with a chef's knife. 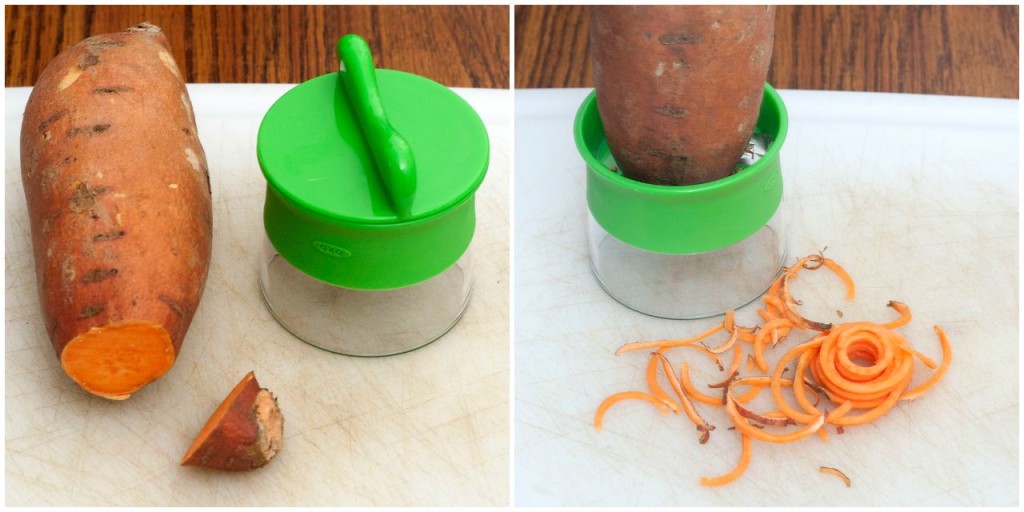 Dave and I both really enjoyed this salad. While I was more than satisfied with one serving for dinner, he didn't think it was filling enough, so I would categorize this as a side dish or a light lunch. You could add grilled chicken strips for extra protein to make it more filling.

Sweet potato noodles cook in just a fraction of the time compared to pasta noodles, and the dressing comes together in 10 minutes, so this is perfect for a quick, light weekday lunch or dinner. This recipe requires minimal preparation, and the spiralizer is very easy to clean since it's dishwasher safe. 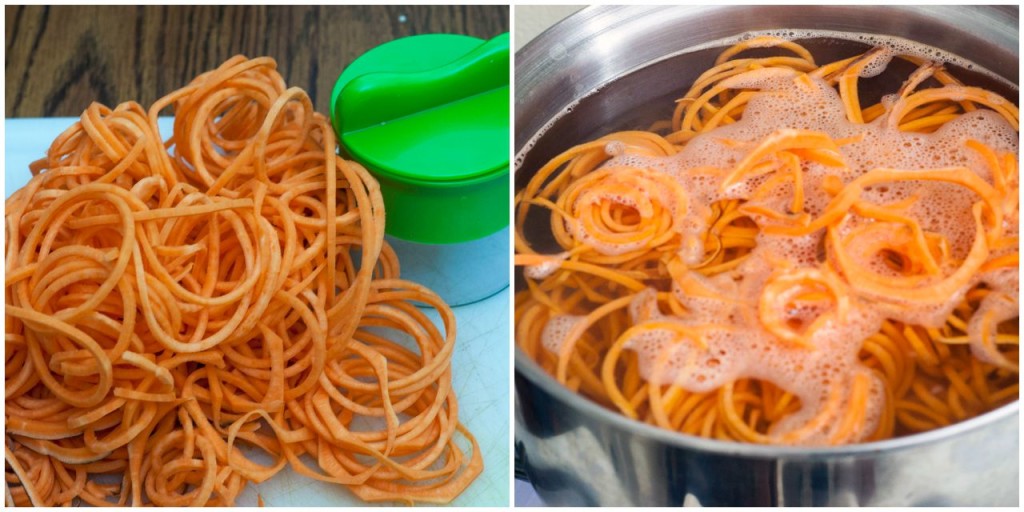 I can't wait to try spiralizing all kinds of veggies — carrots, zucchini, squash, cucumber, beets. Use spiralized veggies in salads, as side dishes on their own, in quiches or fritattas, or as garnishes. You could even spiralize a potato for baked curly fries.

Have you tried spiralizing? What's your favorite recipe? 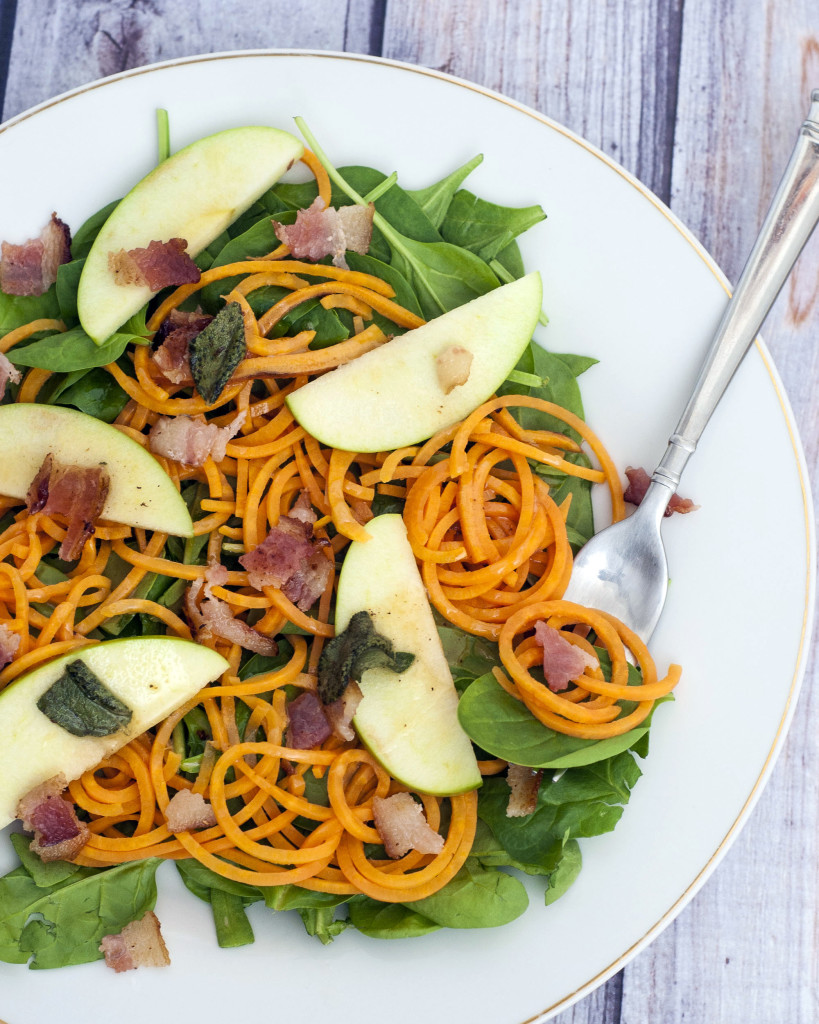 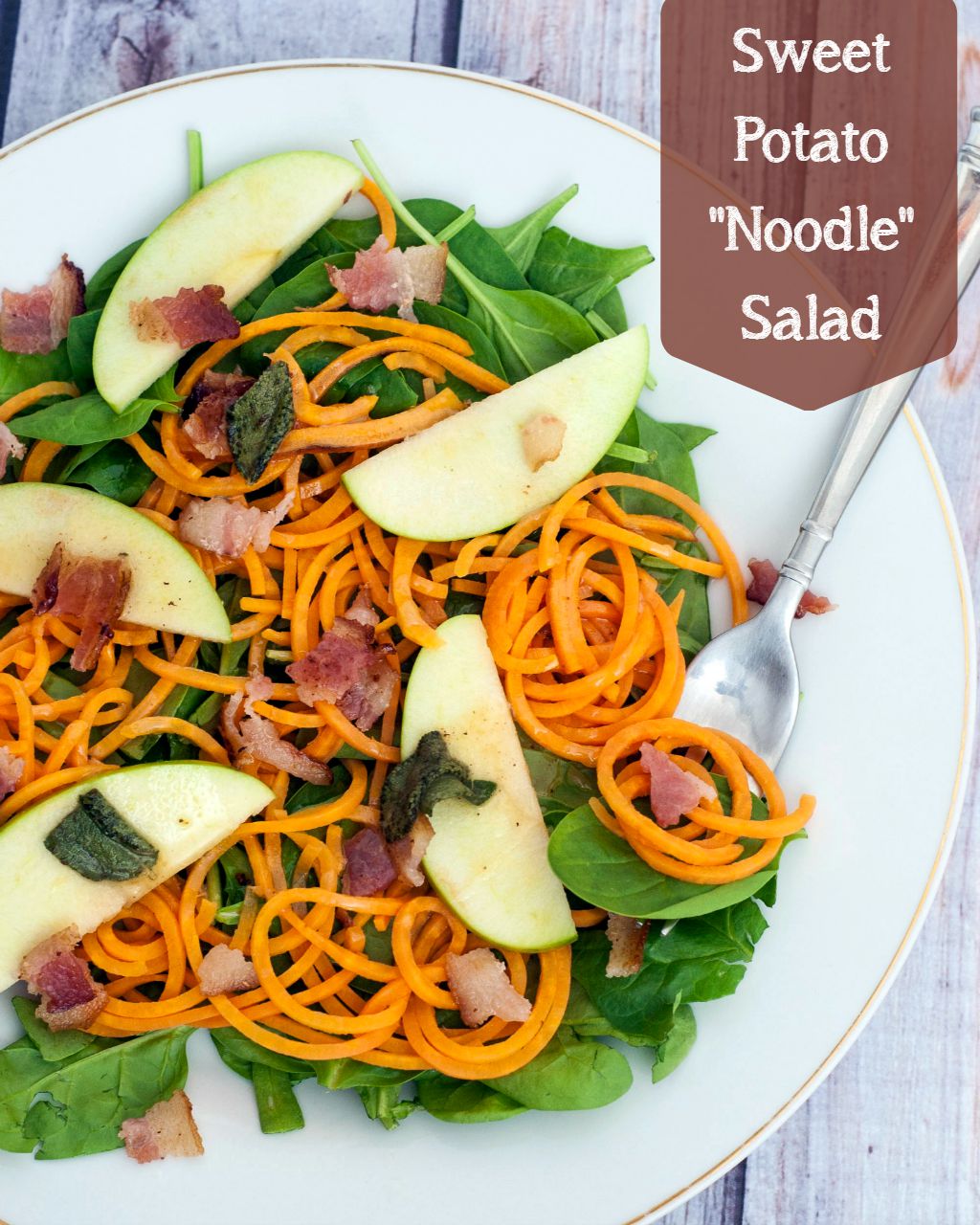