This Thanksgiving stuffing is packed full of flavor, from the bread, to the veggies, to the cinnamon-coated apples. Make it ahead of time, then crisp the top in the oven while your turkey rests. 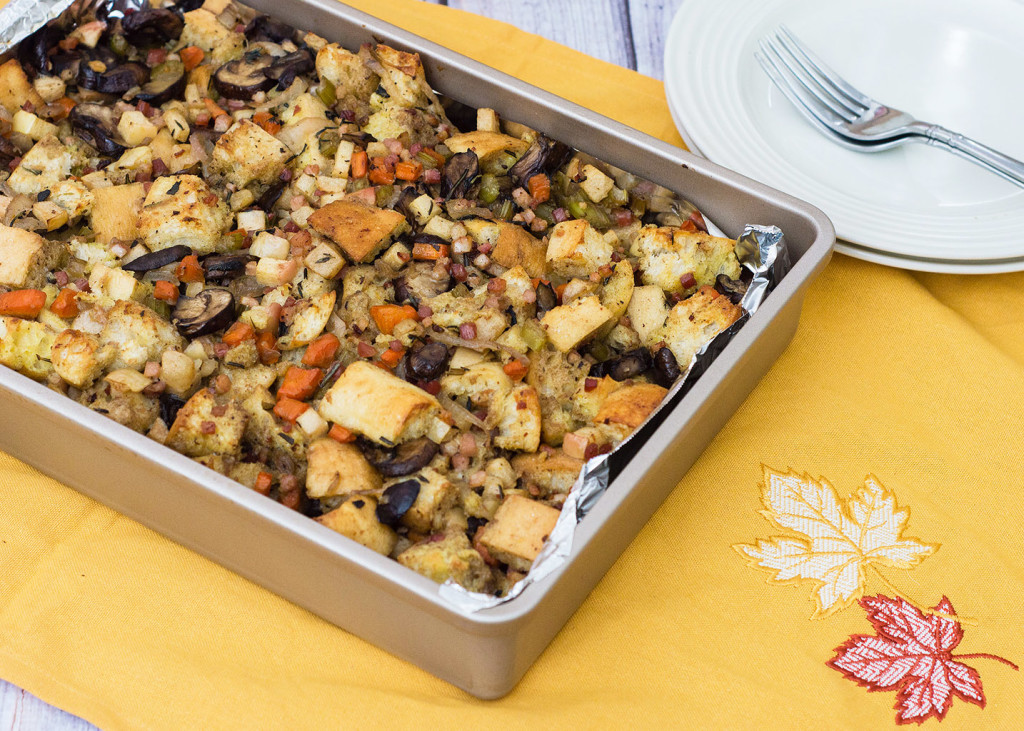 I love everything about Thanksgiving, but if I had to pick one dish to call my favorite, it would be the stuffing. I'm not a stuffing purist. I will sit and eat Stove Top straight from the pot. Yet every Thanksgiving, I look for gourmet stuffing recipes that will knock your socks off.

This recipe, however, has knocked every other one I've made out of the park. It just has so much flavor, and the perfect texture. It's not mush, like Stove Top, yet it holds together like stuffing should. Part of the flavor comes from La Brea Bakery ciabatta bread. "Ciabatta" means slipper, because the unbaked dough looks like, well, a slipper. It's very flat, and the dough doesn't rise too much, making the bread wider than it is tall. 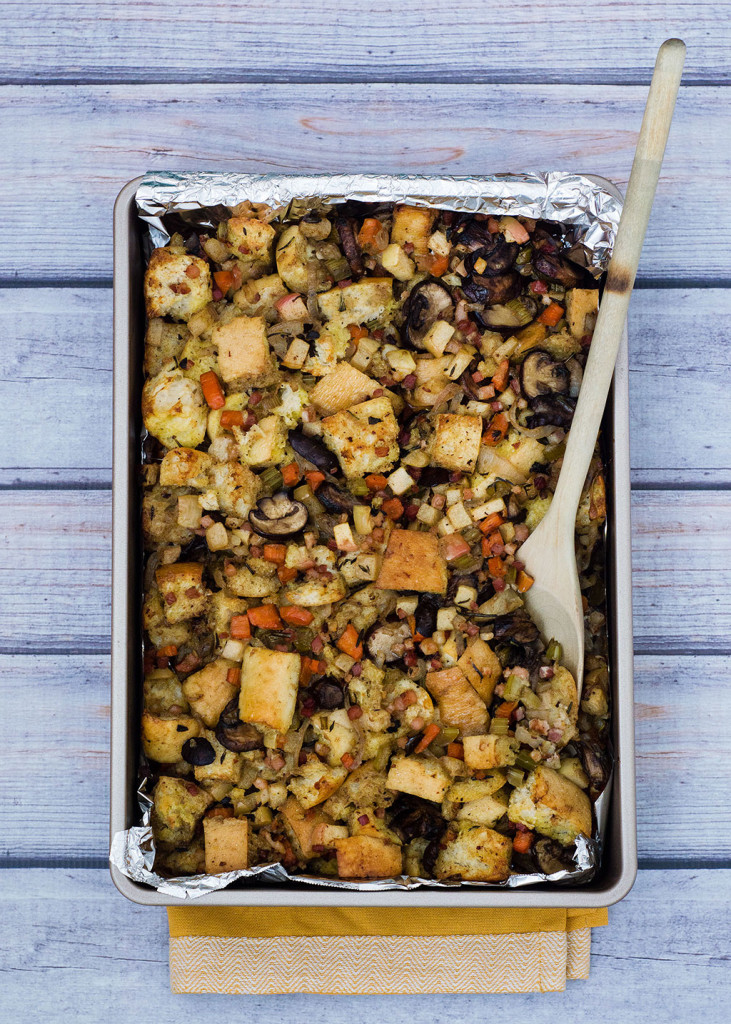 Stuffing is a great recipe for using up whatever you've got in your fridge. You can add in or leave out whatever, and as long as you've got stale bread and some chicken stock, it will come out just fine. Don't have shallots on hand? Use onions. Don't like mushrooms? Leave 'em out! Have some pears, but no apples? Use the pears instead! I'm not a fan of thyme myself, so I used less of that than the other herbs. If you like it, feel free to up the amount to 2 tablespoons.

Also, I'm not kidding in the recipe instructions to use the biggest skillet and mixing bowl you've got. While sauteeing the veggies, every time I tried to give them a stir, something would fall out of the skillet (hence my Instagram comment, "I think I'm gonna need a bigger skillet."). Same with the mixing bowl. Do you have a huge punch bowl? Use that. But don't even think about scaling down the recipe — it's so delicious, even if there's only two people, you'll want a whole pan of this stuffing. 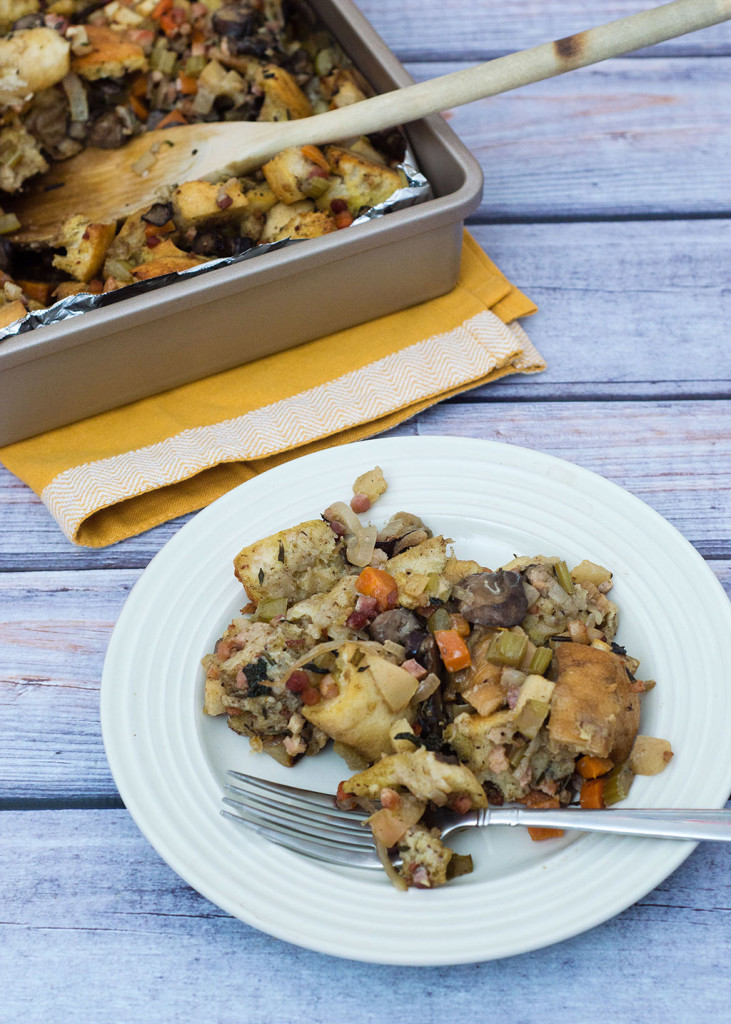 If you want to make this up to a day ahead of time, prepare it all the way up to where you transfer the stuffing to the baking dish. Cover it with the sprayed tinfoil, and pop it in the refrigerator. On the day you want to serve it, let it come to room temperature (at least half an hour), then bake 30 minutes covered, and 15 minutes uncovered. 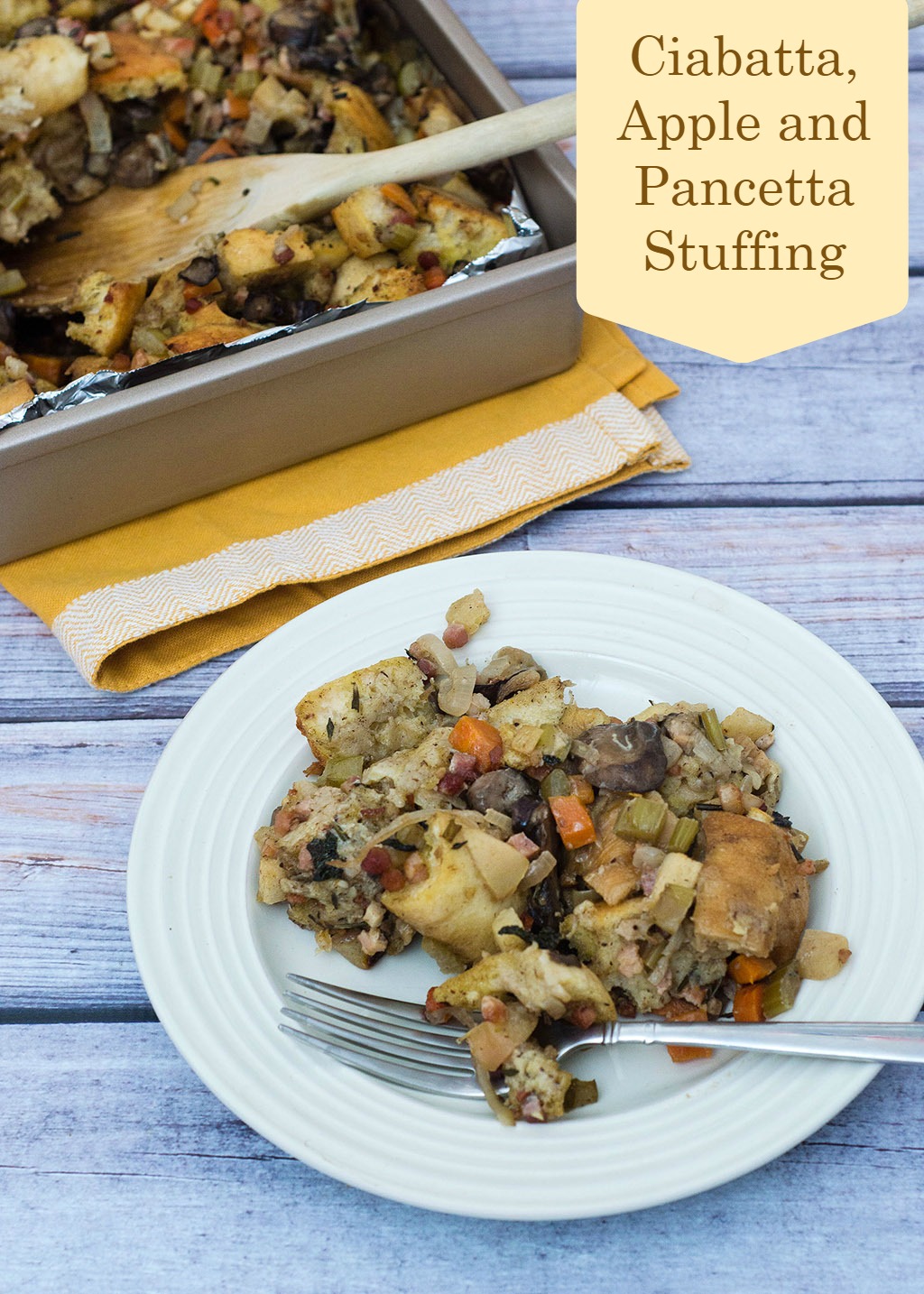