Southwestern mac and cheese is chock full of tex-mex flavors, contrasting textures, and a hint of spicy pepper, with a sweet buttery cornbread topping. 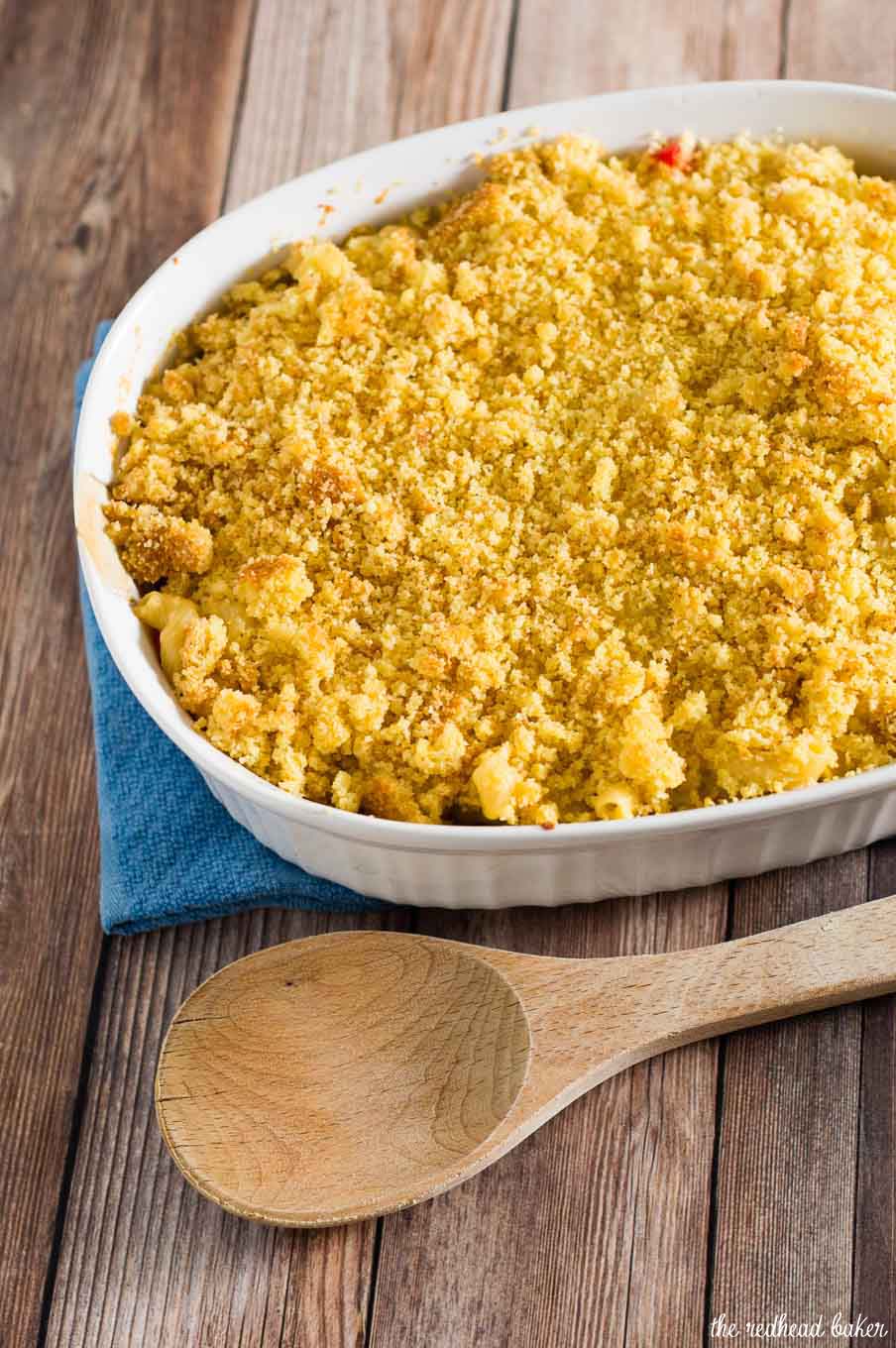 What a waste, right?! I hated to just toss it out and start again. But what can you do with cornbread crumbs? Well, you can put them on top of a Southwestern-style mac and cheese! Now, you don't need to bake a pan of cornbread from scratch just to crumble it up. You can use a mix, or even purchase a pre-made cornbread (or corn muffins) from some grocery stores. 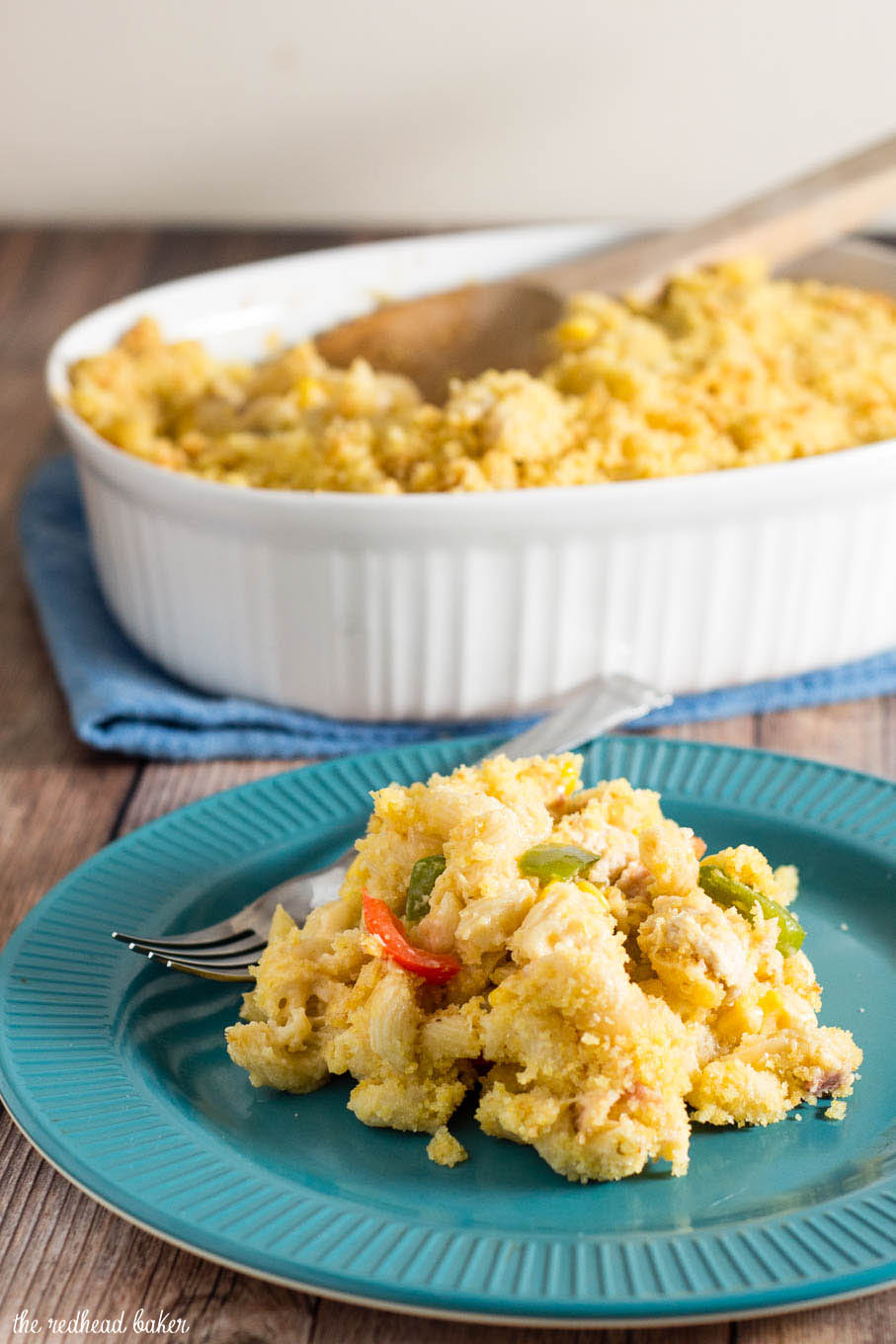 I used cavatappi, but obviously elbow macaroni works just fine. Penne, small shells, or bow ties would also work. Next, the cheese: a mix of pepper jack and cheddar. If you don't like the heat in all that pepper jack, you could reduce that and increase the cheddar to make up for it, or swap out all of the pepper jack for monterey jack or colby jack.

The veggies and protein: again, swap, add, omit to your family's taste. Add some jalapenos or fire roasted tomatoes. Use red onion instead of yellow. Omit the corn. Use pulled pork instead of chicken. Use black beans if your family doesn't eat meat.

This is not a recipe you can make start-to-finish on a busy weeknight. And there's going to be a lot of dirty dishes to clean after (sorry). But what you can do is make this recipe ahead of time, up to step 8 and pouring it into the prepared casserole dish. Then, cover and refrigerate until you're ready to bake. You'll probably need to allow extra baking time if you cook it after it's been chilled. 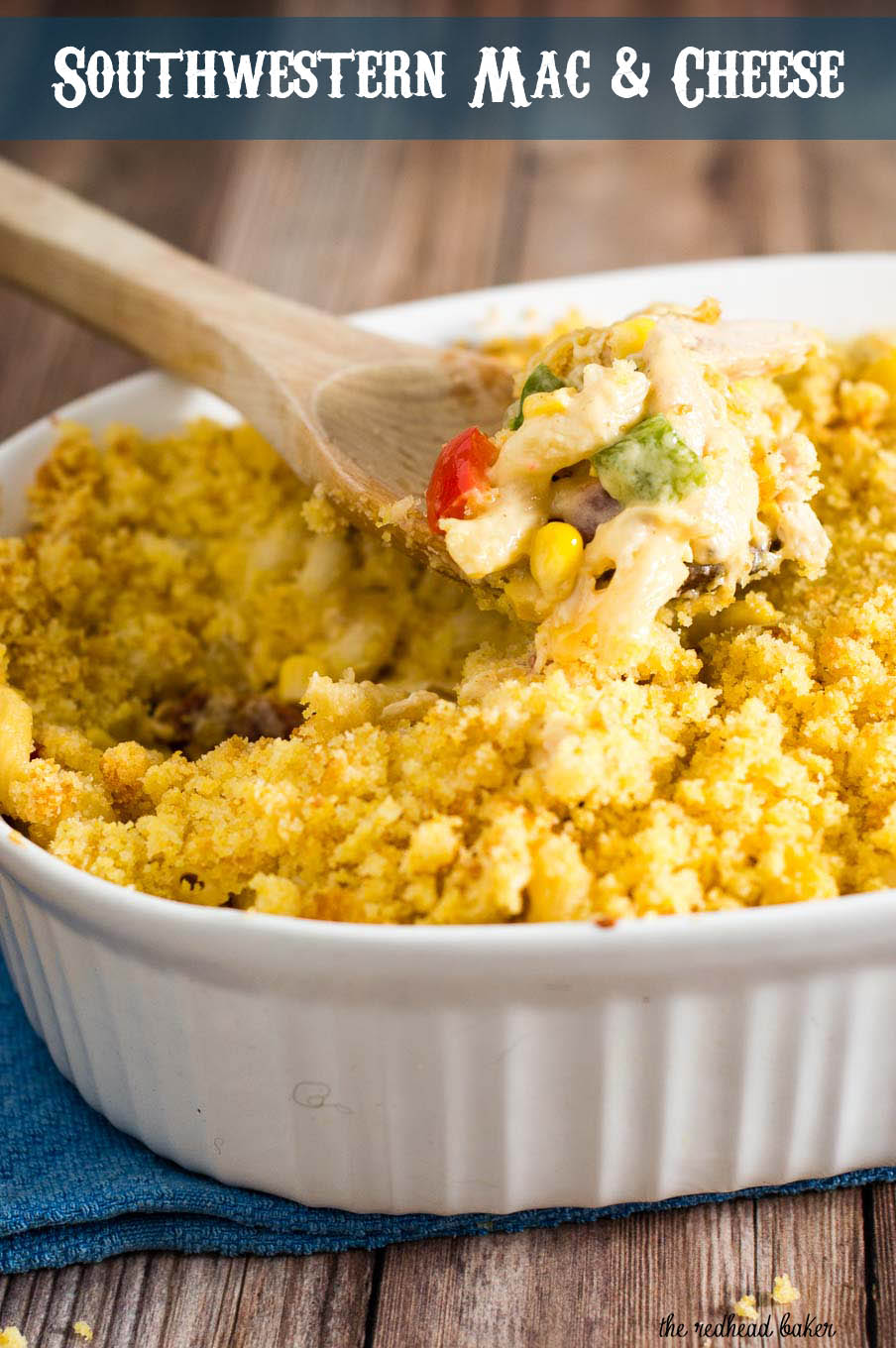 Cajun Shrimp Mac and Cheese from Lemons for Lulu