Hosting a red carpet viewing party? Dress up your dessert table in this tuxedo cake: chocolate cake iced with buttercream and drizzled with chocolate ganache. 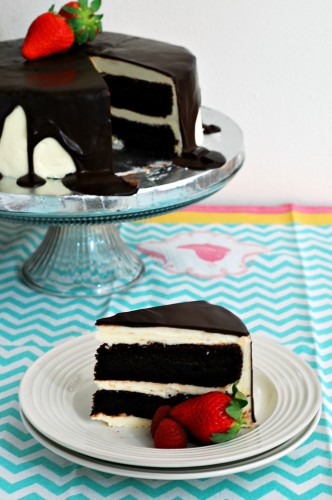 There's an awards show on tonight, and while I watch simply for the fashion (and this particular year, Neil Patrick Harris), many people make a party night out of the show, and host a viewing party, with all sorts of red-carpet-worthy food.

And those foods are what today's Sunday Supper is all about. Thanks to Katie of Ruffles & Truffles for hosting today's star-studded event!

Since I mainly watch awards shows for the fashion, when I thought about the phrase "red carpet," my mind immediately went to the dresses and tuxedos — and tuxedo cake. "Tuxedo cake" describes the look of the cake more than the flavor. It's a dark (almost always chocolate) cake, iced in white frosting and drizzled with dark chocolate ganache. 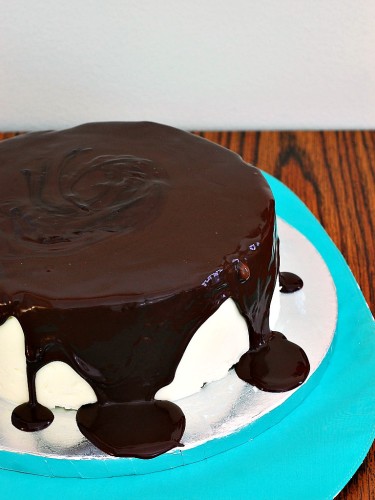 You can use your favorite chocolate cake recipe in place of the one I used, and your favorite white frosting. If you've been reading The Redhead Baker long enough, you know that Swiss Meringue Buttercream is my all-time, forget-the-cake, just-get-me-a-spoon frosting. And since buttercream contains, well, BUTTER, it will never be purely white.

But when you have rich, chocolate cake and decadent, creamy buttercream, drizzled with fudgy ganache ... does it really matter? I think not.

This Swiss meringue buttercream recipe below makes more than you will need to fill and frost this cake (unless you prefer to put about an inch of frosting between, on top and on the sides). This buttercream can be frozen for up to 6 months. When you want to use it again, melt two-thirds of the buttercream in the microwave. Place the remaining (still-frozen) third in the bowl of a stand mixer. Pour the melted buttercream over the frozen buttercream and beat on low speed with the paddle attachment. 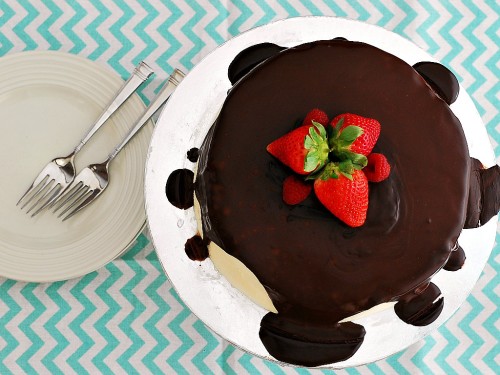 Don't forget to check out the rest of these red carpet worthy recipes!

Nominees for Best Course in a Leading Role: