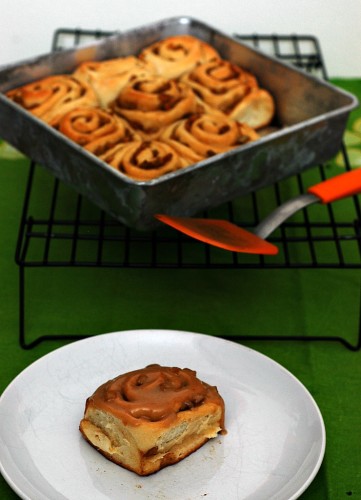 I've been away from the What's Baking group for several months now, thanks to unemployment and moving. But when I saw that the group voted on "baking bread" as this round's theme, I got my butt in gear and got baking.

Thanks to my dad, my son loves baking bread. Every time Liam sleeps over with my parents, he and my dad bake a loaf (sometimes two) of bread. Sometimes plain white sandwich bread, sometimes cinnamon raisin. So, I asked Liam what kind of bread we should make for What's Baking. He said "apple bread!" Might have had something to do with the apple slices he was eating when he answered. 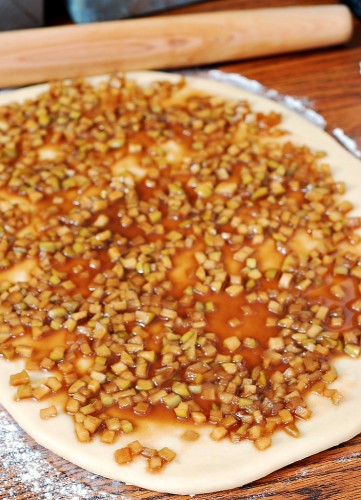 But I was curious to see what kinds of apple bread existed, and as soon as I stumbled upon The Pioneer Woman's Caramel Apple Sweet Rolls, I knew exactly what I'd be making.

Cinnamon rolls always remind me of holidays growing up as a child. On Christmas morning, we'd come downstairs. My mom would have coffee going, and cinnamon rolls (the kind in the tube in the refrigerated section) in the oven. As we opened our presents, the scent of cinnamon filled the air. 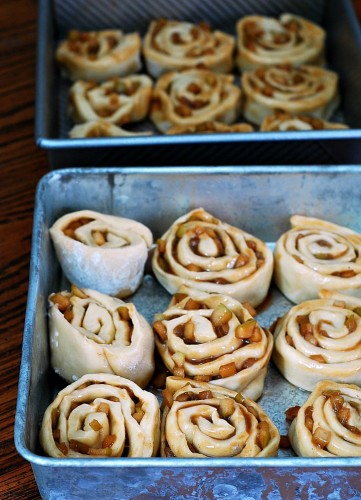 I've since learned how to make cinnamon rolls at home, and while there is some labor and a lot of dirty dishes involved, homemade cinnamon rolls are so very worth it. Especially when you can experiment with fillings and flavors that you just can't buy in the grocery store.

Don't be afraid of working with yeast. If you own and can operate a meat thermometer, you can make yeast bread. The hardest part is getting the liquid warm enough to activate the yeast, but not so hot as to kill it off before the bread bakes. The thermometer takes the guess work out of the equation, leaving you with knock-your-socks-off caramel apple cinnamon rolls. 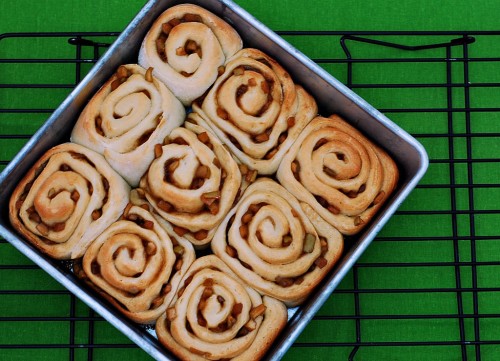