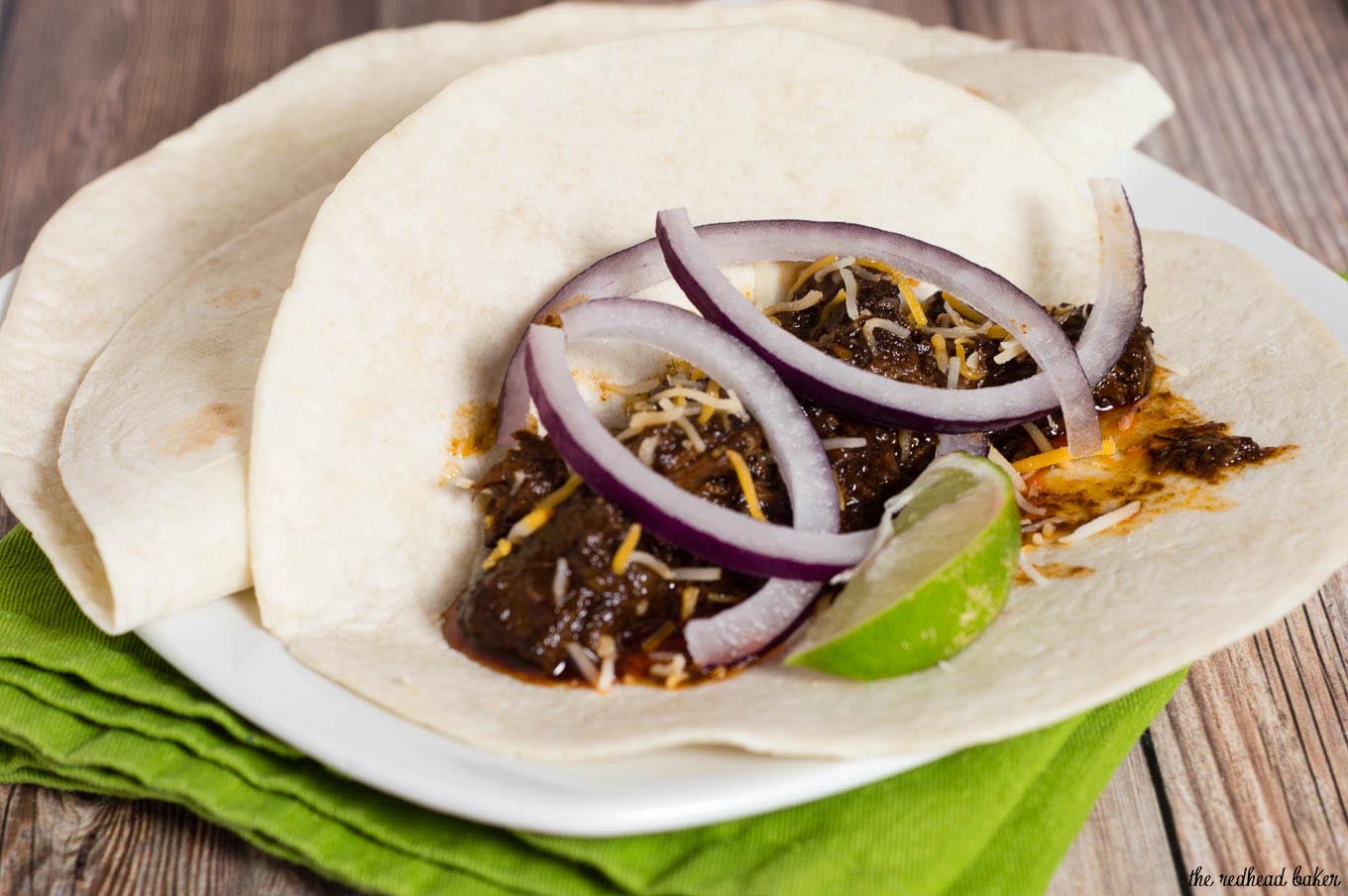 You may have seen "barbacoa" in many forms on menus at Mexican restaurants. Not sure what it is? It's meat cooked slowly with seasonings. It's where the American word "barbecue" originated. Most kinds of meat can be cooked barbacoa style. In Northern Mexico, goat meat is used most often. In Central Mexico, it's usually lamb, while the Yucatan peninsula uses pork. In America, it's most commonly beef.

The cooking process takes hours, and it cannot be rushed. Once complete, the meat can be shredded and served in tacos, burritos, or enchiladas, or served over rice or cornbread. 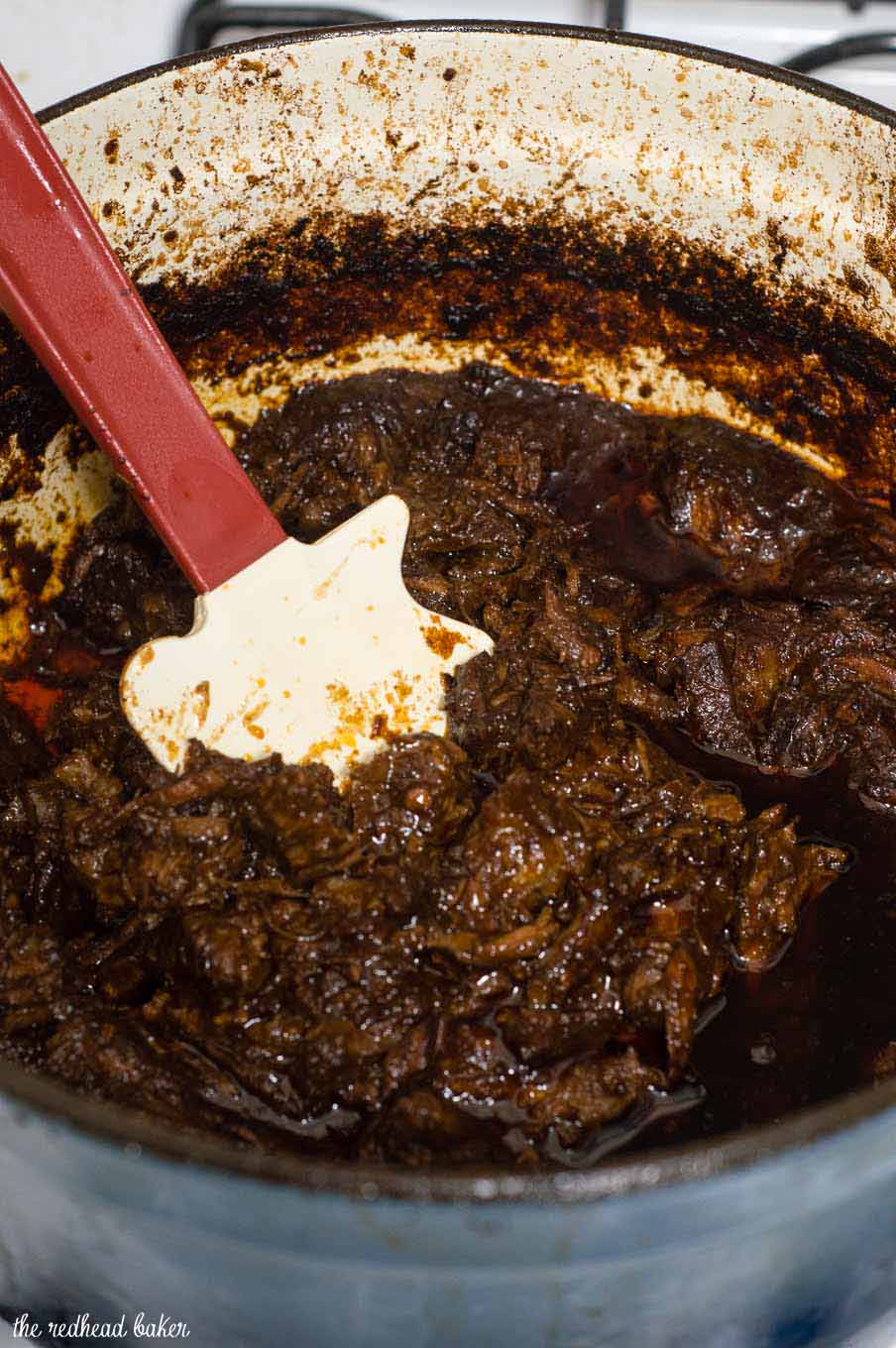 It starts with dried chile peppers. I had a heck of time finding them, as I don't know of any Latino markets near me. The local spice market only had one kind of chile pepper. Amazon only sells them in one-pound packages, which is WAY too many. I actually ended up finding them in the international aisle of my local supermarket.

Oxtail is a bony, gelatin-rich meat. They add rich flavor to the finished dish. The bulk of the meat in barbacoa is from either a chuck eye roast or beef short ribs. These are both cuts of meat that tend to be tough, which makes the ideal for this cooking method. It is important to slice them against the grain before shredding for maximum tenderness. 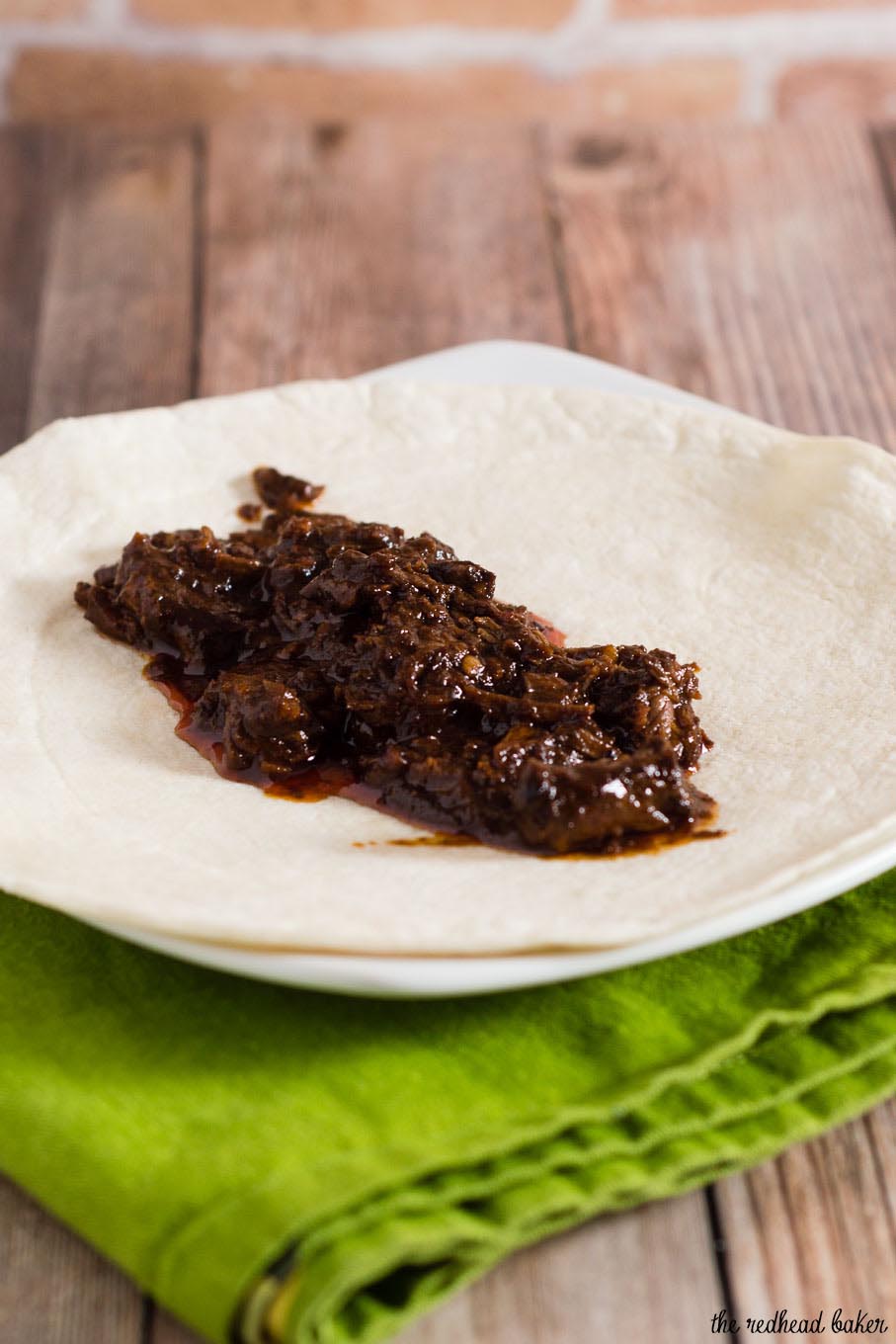 This is not a weeknight meal. It takes 4 ½ to 5 hours from start to finish. But these insanely delicious tacos are well worth the effort! Be warned: they are spicy. After all, there are three kinds of dried chile peppers as well as chipotle peppers in adobo in this recipe. Topping these tacos with cheese and/or guacamole (something with fat) helps cut the heat a bit.

You'll want to reserve any leftover gravy for another recipe that I'll be posting soon! 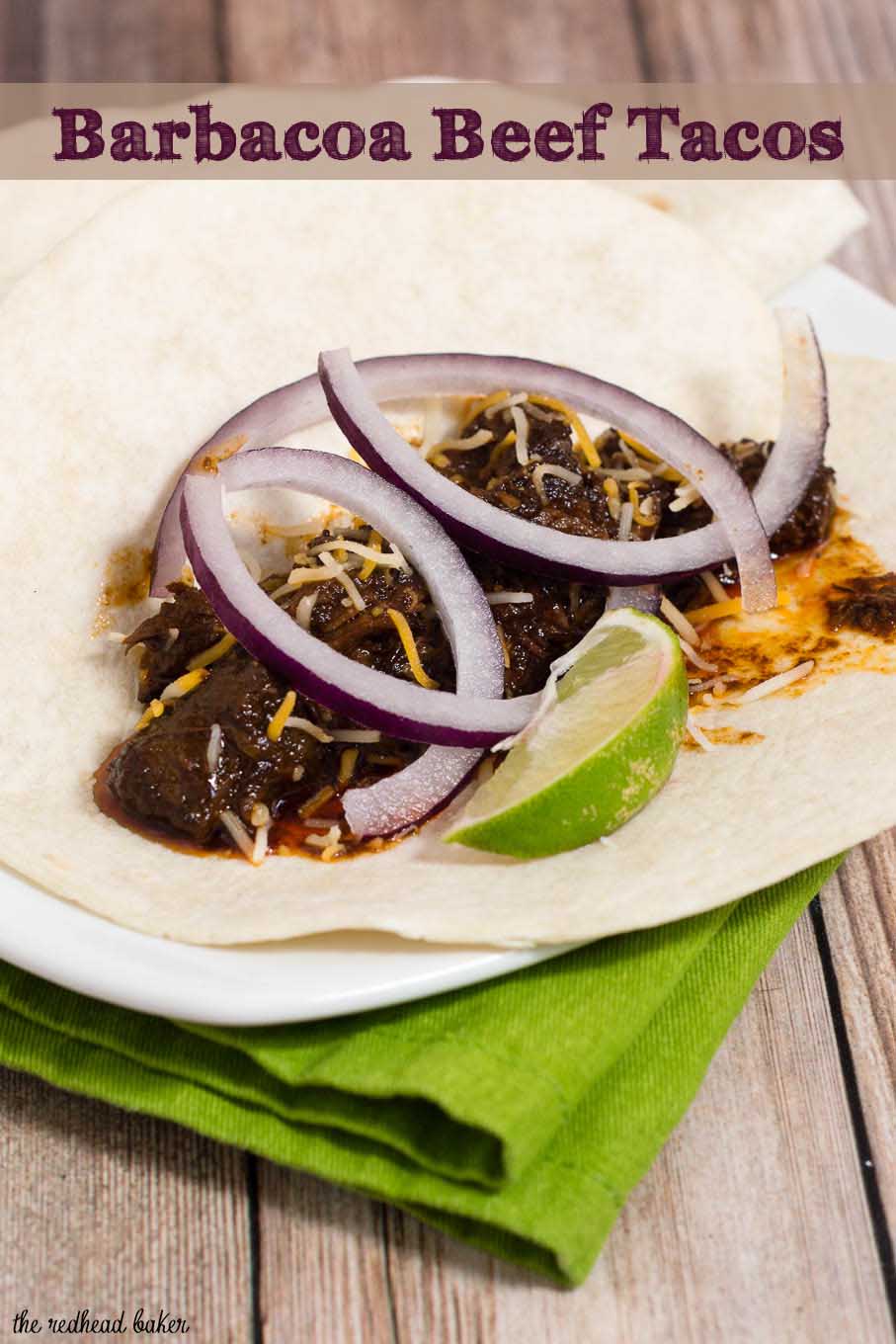 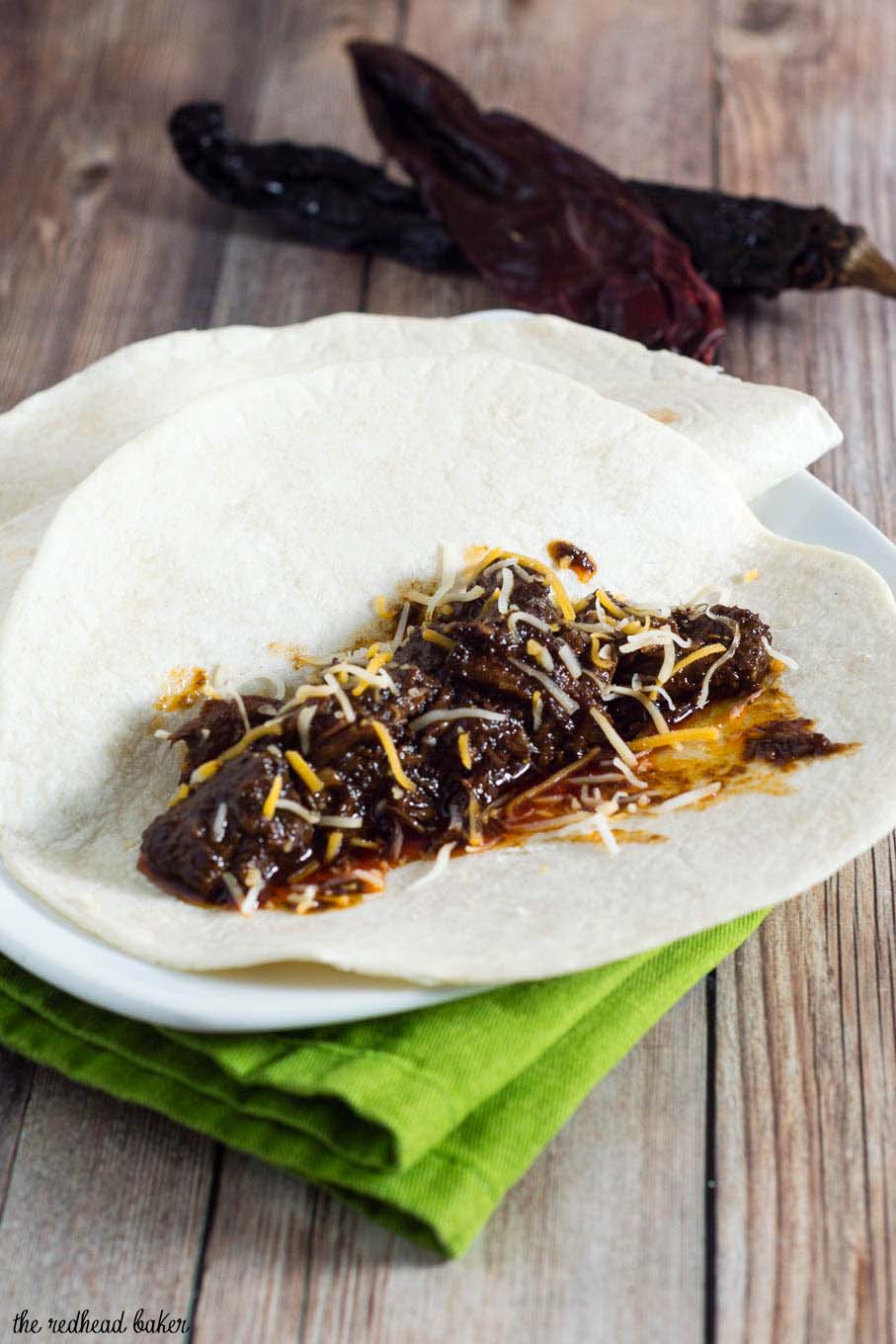