S'mores turn elegant in the form of mini chocolate cheesecakes with graham cracker crusts, topped with marshmallows toasted under the broiler. 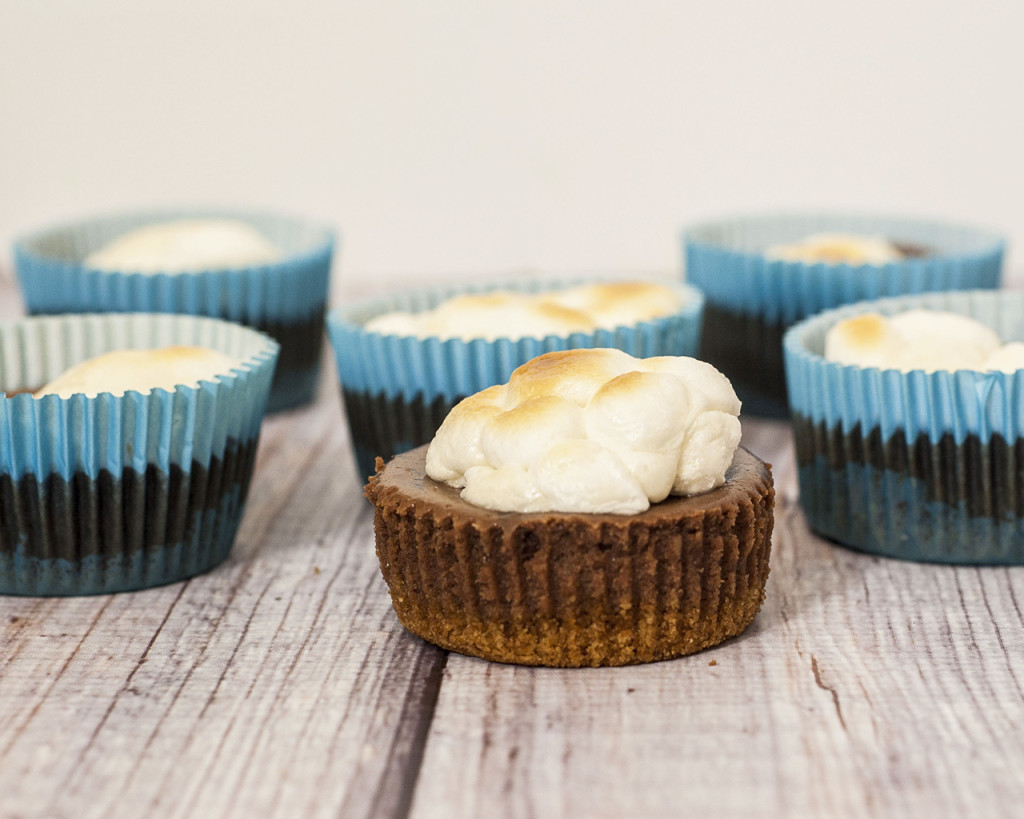 Our What's Baking theme this time around, hosted by Joanna of Kosher Kitchen, is a variation on S'mores, the classic summer dessert. Is really almost the end of summer? Did it feel like it flew by to anyone else?

In the past, I've made S'mores Crumb Bars and S'mores Monkey Bread, both of which are very casual desserts. But then I wondered, what if s'mores went upscale?

One of our family's most popular "special occasion" desserts, served at bridal and baby showers, as well as other parties, is mini cheesecakes. They are most often classic New York-style, half topped with cherry pie filling, half plain. They have all the qualities of a full-size cheesecake, but in bite-size, fork-free form. 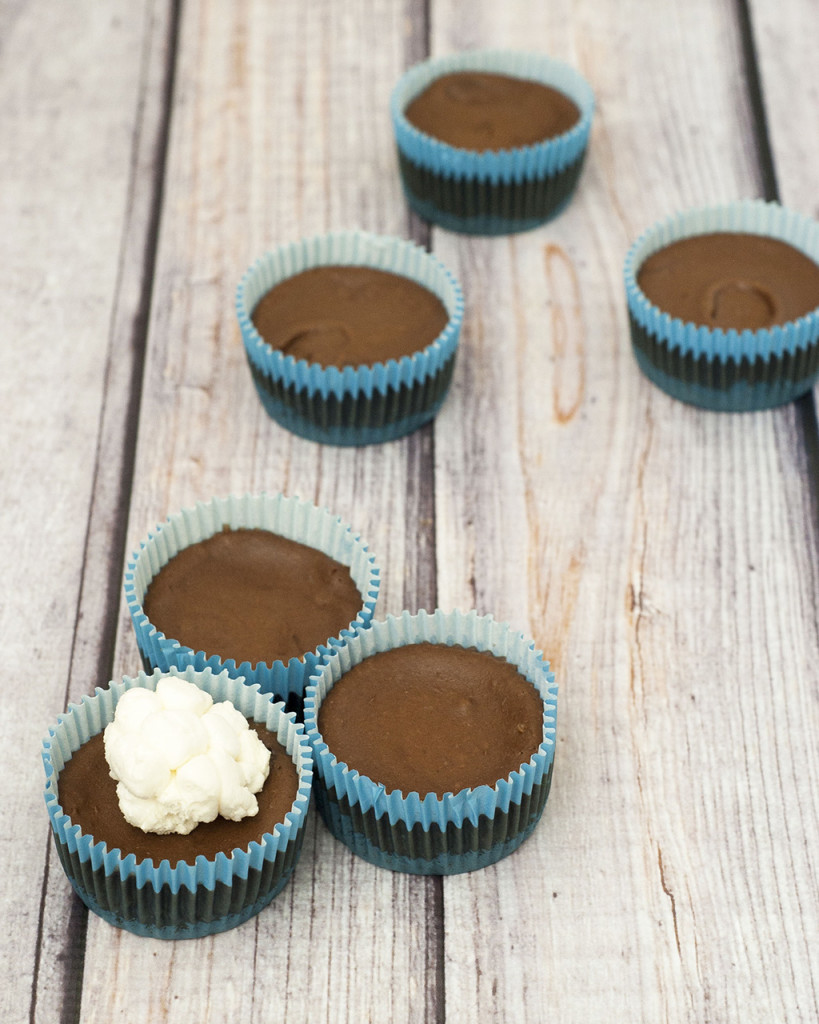 For my mini s'mores cheesecakes, I laid a graham cracker crust in the bottom of a paper cupcake liner, then topped it with an easy chocolate cheesecake batter. After the s'mores cheesecakes were baked and had chilled, I place a few mini marshmallows on top, and slid them under the broiler for just a minute, until the tops started to toast. When served immediately, the marshmallow is still gooey on the inside, just like classic s'mores!

The key to non-lumpy cheesecake is to have all of your ingredients (even the eggs) at room temperature before mixing. These cheesecakes are not baked in a water bath, but it doesn't matter of the tops crack, because they'll be covered by marshmallow topping anyway! 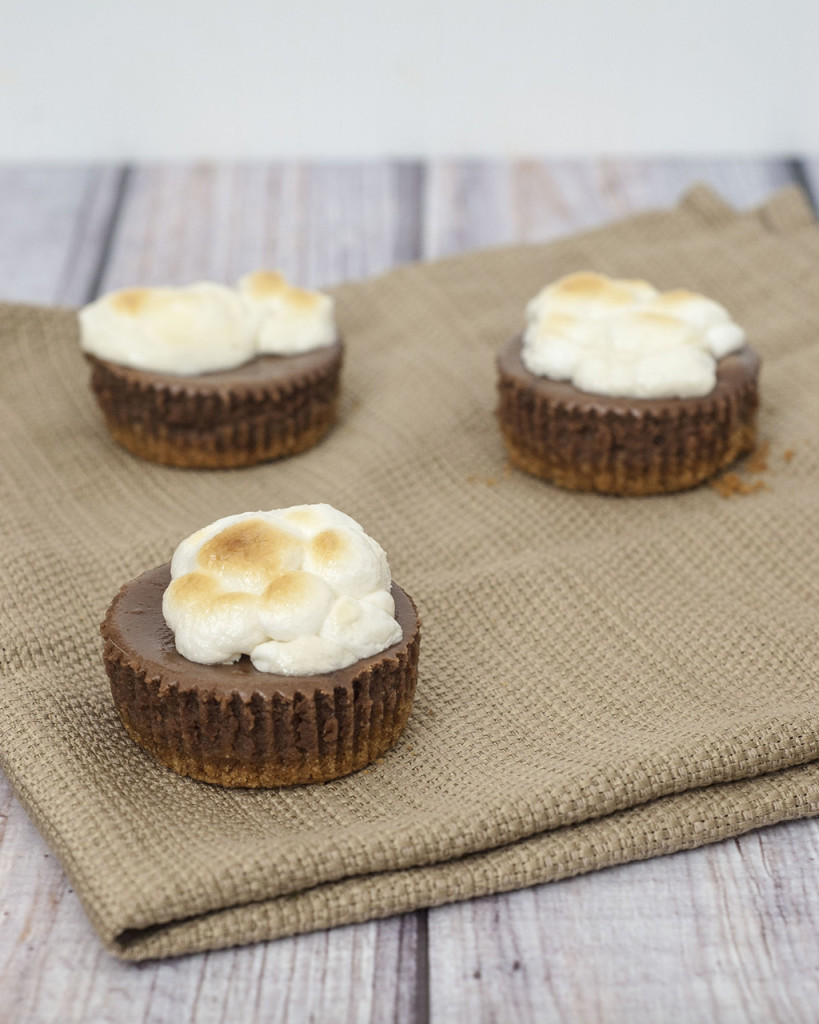 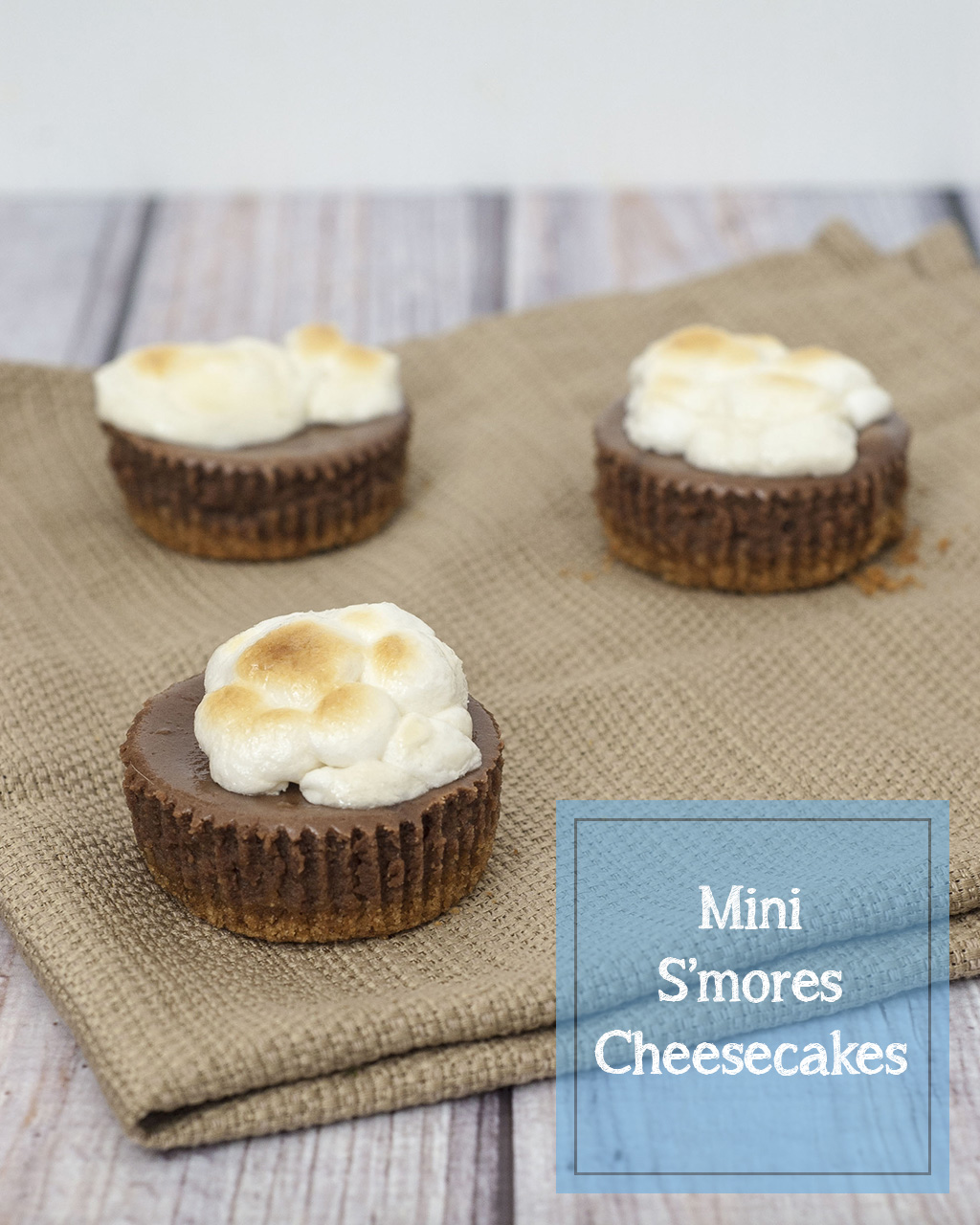